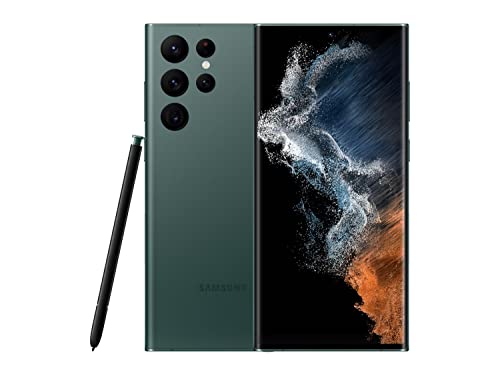 Samsung knows what power users want, as evidenced by the Galaxy S22 Ultra. This new beast adds the Galaxy Note’s best feature while also offering a ton of other upgrades. Yup, there’s an S Pen built in, but there’s a lot more going on with this flagship as Samsung tries to top our best phone list.

For starters, the S Pen is more responsive, as Samsung made it 70% faster with less latency. The display is also brighter and more colorful than anything we’ve tested, and you get faster 45W charging.

The Galaxy S22 Ultra’s biggest upgrades come with its cameras, as Samsung is shooting to overtake the iPhone 13 Pro Max and Google Pixel 6 Pro as the best camera phone with the help of a raft of upgrades. These include a bigger main sensor for better low-light photos, an AI-boosted portrait mode and a new Super Clear lens.

On the other hand, Samsung is asking a lot of money — $1,199 — for a phone that now comes with less RAM than before, and the S22 Ultra costs $100 to $300 more than its top competitors. That’s one of the factors that makes the Samsung Galaxy S22 Ultra vs. OnePlus 10 Pro decision a tough one. The Samsung Galaxy S22 Ultra is simple but stunning at the same time. I appreciate the sharp, squared-off angles, and I also like that the cameras aren’t housed in a honking bump. They are more flush with the back of the handset. The overall look is minimalist and sleek.Another plus: The 6.8-inch display is gently curved, so it adds some aesthetic appeal without leading to accidental screen presses. My only complaint is that sometimes typing words or moving the cursor on the extreme left or right side of the screen can be a challenge. Despite having a slightly larger display than the 6.7-inch iPhone 13 Pro Max, the S22 Ultra is lighter at 8.07 ounces vs. 8.5 ounces for Apple’s handset.The Galaxy S22 Ultra feels solid and durable, and it should, as it’s fortified with an armor aluminum frame and a Gorilla Glass Victus+ back. We’ll have to see how well this phone holds up in drop tests, though.The color options for the Galaxy S22 Ultra include Phantom Black, Phantom White, Green and Burgundy. I tend not to use a case, so I would probably opt for the very eye-popping white model. Samsung just upped the ante for display quality with the Galaxy S22 Ultra. As before, you get a dynamic 120Hz refresh rate, which made for smooth scrolling during our hands-on time. And there’s a 240Hz touch sampling rate that gamers should appreciate. But there are two notable display upgrades here. The first is that the screen has a peak brightness of 1,750 nits, which could be the brightest we’ve ever seen. (The standard brightness level is 1,250 nits, which is still quite high.)

The other display perk is a new Vision Booster feature, which can adjust the screen’s brightness on the fly throughout the day. This means that you should have no problems using the S22 Ultra outdoors even in very strong sunlight. The Galaxy S22 Ultra has the smoothest S Pen I’ve ever experienced, and that’s because Samsung has dialed down the latency from 9 milliseconds to just 2.8 ms. So you’re getting a 70% improvement here.

The best part is that you don’t have to use a dumb case to store the S Pen as you had to with the Galaxy S21 Ultra. There’s an S Pen holder built right in to the phone.

In addition, the Galaxy S22 Ultra uses AI to predict your hand movements and deliver that pen-and-paper feel. When taking notes the writing not only feels smooth, there’s a neat sound that makes it sound like you’re writing on paper.

I compared the S22 Ultra and S21 Ultra, and there is a noticeable difference in responsiveness when writing on the display. For example, when jotting down “This is the Samsung Galaxy S22 Ultra,” I felt like the words were appearing in real time on the S22 Ultra as I scribbled, while it felt like the S21 Ultra was a half step behind and was trying to keep up with the S Pen.

Samsung has made a few other notable S Pen improvements, including more accurate handwriting-to-text conversions, as well as the ability to quickly save your notes in Microsoft Office docs and emails. The Galaxy S22 Ultra is powered by Samsung’s OneUI 4.1 software, which runs on top of Android 12. Samsung says this interface is more intuitive and useful than previous versions, and there’s a new privacy dashboard for peace of mind.

Samsung is also touting Samsung Wallet, which can combine your digital payment info, ID, and more into one tool. The new Google Duo app lets you share videos and documents during video calls, similar to SharePlay in Apple’s iOS 15 software.

The Samsung Galaxy S22 Ultra has some strong competition out there, and we’ve pitted it against two of the best phones around. Check out our Galaxy S22 Ultra vs iPhone 13 Pro Max face-off to see how Samsung’s flagship stacks up against the top-end Apple flagship. Samsung’s display is definitely better, but its cameras are a step behind in some cases.

If you’re in the market for an Android phone, see our Galaxy S22 Ultra vs Pixel 6 Pro comparison. The Pixel 6 Pro wins on value because it’s $300 less, but Samsung wins a number of rounds.

And let’s not forget that the iPhone 14 Pro Max is out now and the Pixel 7 Pro is right around the corner.

The Samsung Galaxy S22 Ultra is easily the most powerful and versatile Android phone this side of a foldable. This is the best display we’ve tested in a phone, and Samsung’s cameras are much improved, especially in low light. Plus, the powerful zoom continues to be hard to beat.

Is the Galaxy S22 Ultra worth $300 more than the Google Pixel 6 Pro? That’s not an easy call. The S22’s Ultra delivers a brighter screen, longer battery life and a faster chip, but while the S Pen is faster and smoother than before, not everyone appreciates that perk. And the Pixel 6 Pro’s camera quality is better in some instances.

Then there’s the iPhone 13 Pro Max, which is faster than the S22 Ultra, lasts longer on a charge and delivers better photo quality (with the exception of low light shots). Still, I prefer the sleeker design of the Galaxy S22 Ultra and more powerful zoom.

Overall, the Galaxy S22 Ultra is the best premium Android phone, and it’s very close to being the best phone period.