Sneak Cat Ransacks The Pantry Of All Its Kitchen Utensils

After noticing that all her kitchen supplies were going missing, one woman believed the culprit had to be her cat. However, her boyfriend, on the other hand, refused to believe that his beloved cat was a criminal. This is the story of one woman’s mission to catch her clepto kitchen cat.

19. Determined to Catch The Crook

Refusing to believe his girlfriend when she told him that it was actually their cat to blame for their missing kitchen objects, she decided to film it. The documented evidence from the girlfriend’s criminal cat soon went viral.

She set up the camera and watched the criminal go to work in her own home. The cat took the bag of staws out of the pantry and she was making a clean getaway.

Now the kitty is on the move.

The cat now on the move with the loot has her eye on the prize, she intends on executing a clean getaway to the bedroom so that way she can stash her loot.

The criminal cat’s getaway is a major success as she manages to break into the bedroom and jump up on the bed to further examine her loot.

Just like any shopping trip, the kitty must take in all her goodies. Little did she know, someone was on to her.

With the bag of stolen goodies firmly in her mouth, the cat stands proudly upon the bed as if to show the world what she had done. The criminal cat was clearly unaware that she had been discovered and her evil plot would soon be foiled.

With everything documented and her evidence backed up, the girlfriend now had everything she needed to convince her boyfriend of the thief among them. She was ready to take her kitchen back. Next, she caught her fluff red-handed. 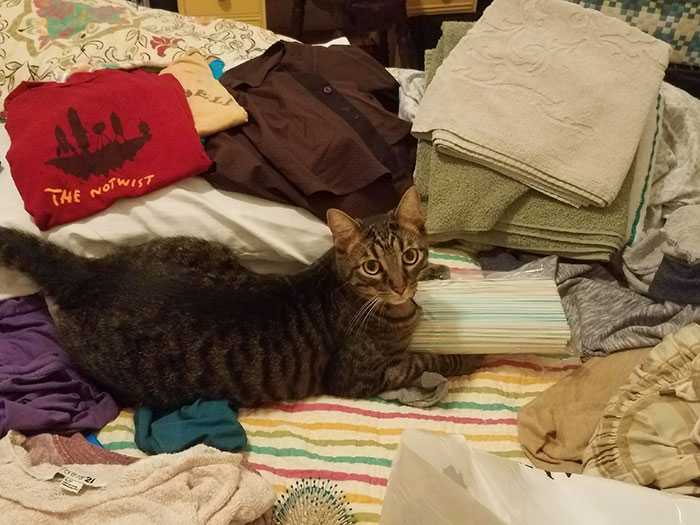 After a while, the man received overwhelming hilarious photo evidence and had to change his mind about their cat. Coping with the harsh reality, he uploaded everything online and the story went viral. 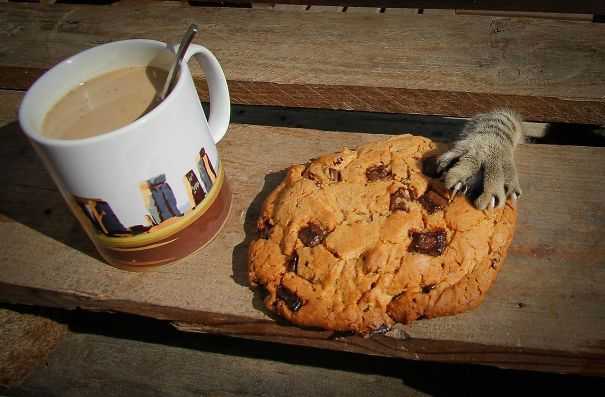 And so the criminal cat’s reign of terror upon the kitchen had been brought to an end. The internet jury voted the kitty to be guilty of illegal possession of straws and other utensils, sentencing it to be labeled as a cat-thief.

This isn’t the only time our furry friends have been caught stealing from us. 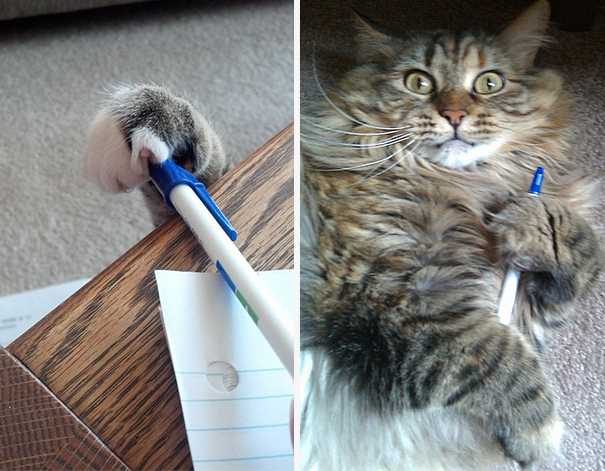 This hilarious viral story brought to light many other instances of criminal cat behavior. In fact, cat’s, according to the internet, seem to not be able to take their paws off of things. 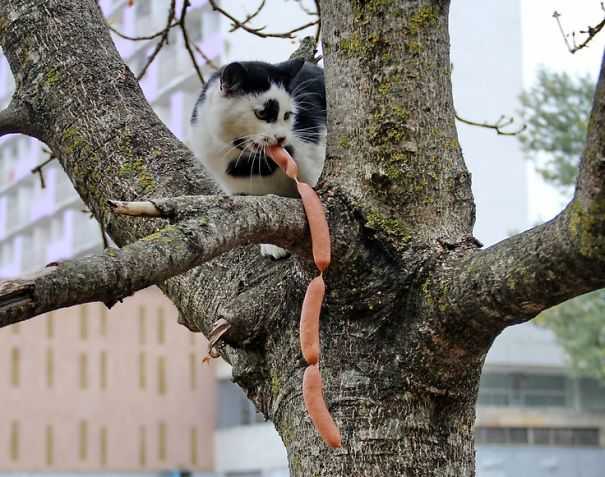 Nothing is safe from these clever criminals, not even your breakfast sausages.

9. Cat Got Your Lunch 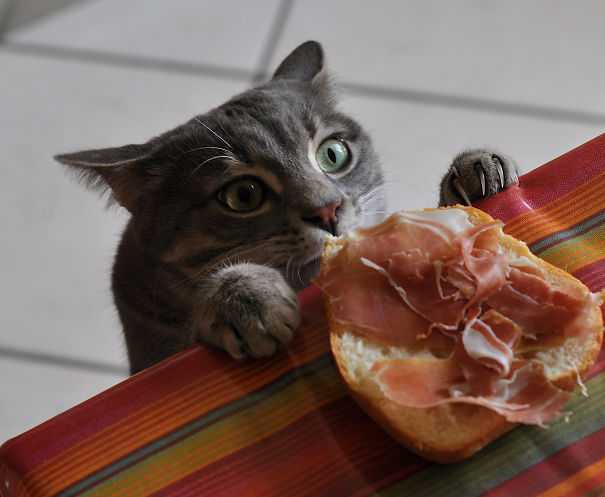 And certainly not your toast either, especially when it has some delicious meat on it. If you think your snacks are safe, think again… 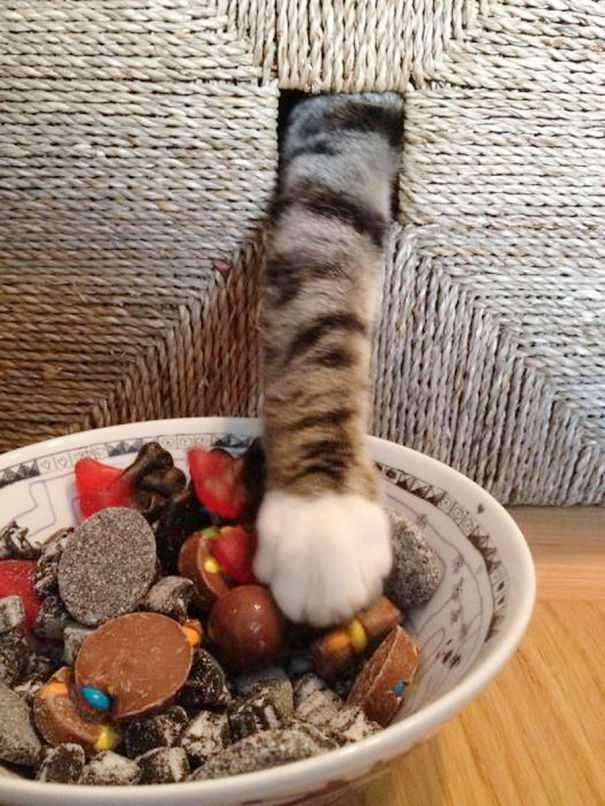 You can safely bet that your snacks will be shared, too. Whether you know it or not. 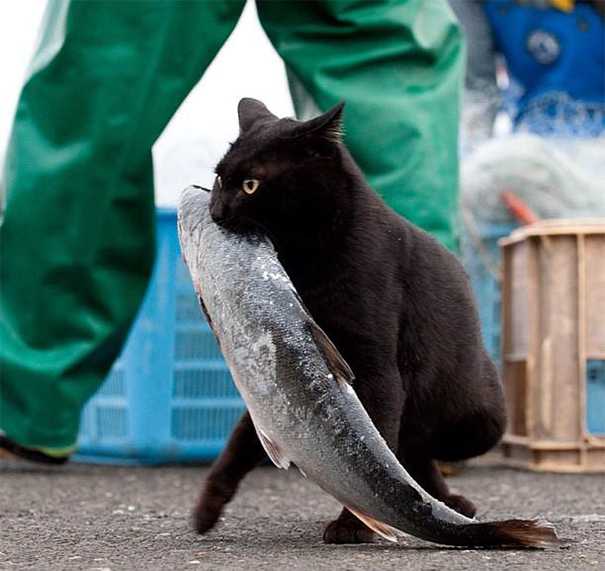 Of course, a cat can’t help but go fishing every once and a while. It’s their favorite outdoor activity… 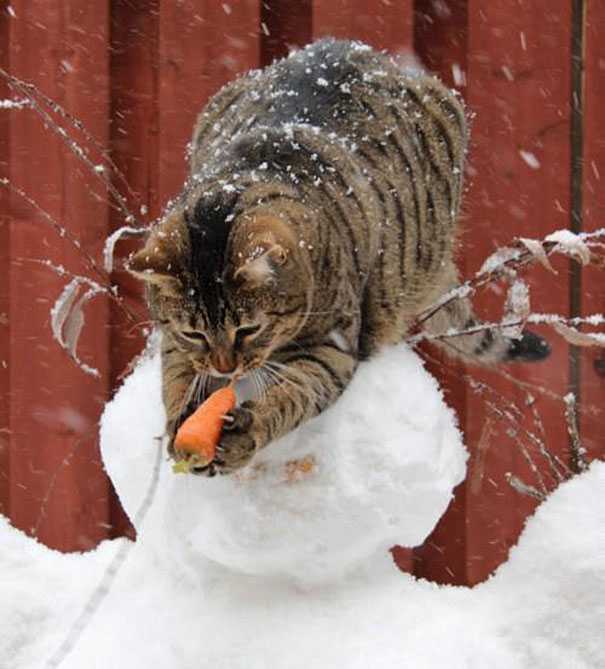 Second, to assassinating snowmen that is. If Santa has a naughty list, cats are definitely on it.

If you have a cat, chances are you’ve experienced the next photo for yourself. 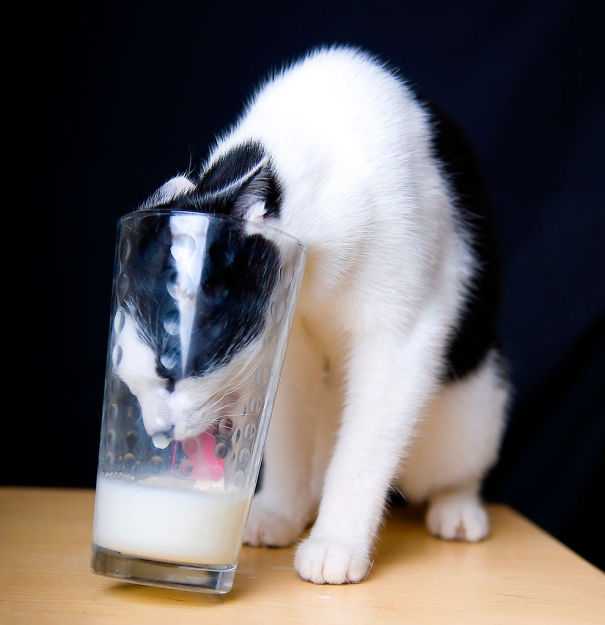 Can’t keep a cat away from milk. So I guess they really do mean there is no use crying over spilt milk.

Breakfast is the most important meal of the day, your cat definitely agrees on this one.

Of course, if you have cats you know that no matter the type of fish, it’s never safe around your feline. 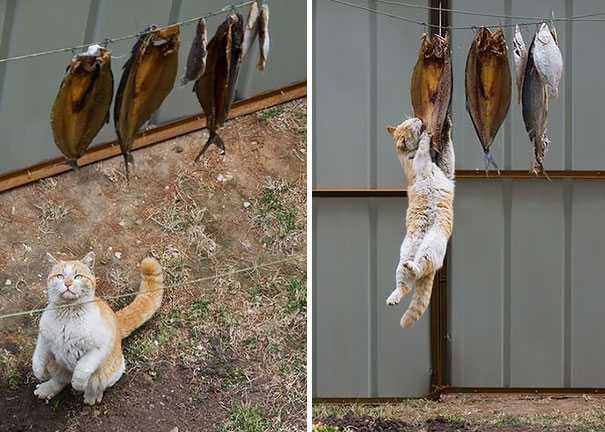 Cats will go to great lengths to get their hands on the prize, including your fish. Even if they’re in your fishtank… 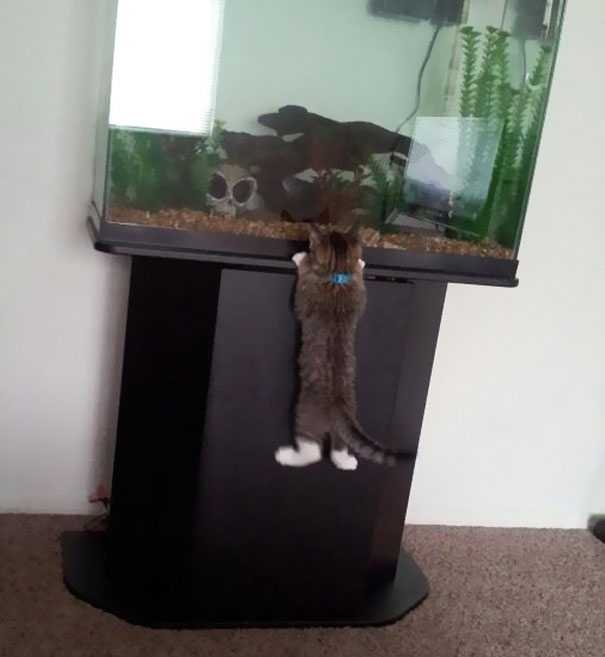 Doesn’t matter the size or where they have to go, they’ll never give up! 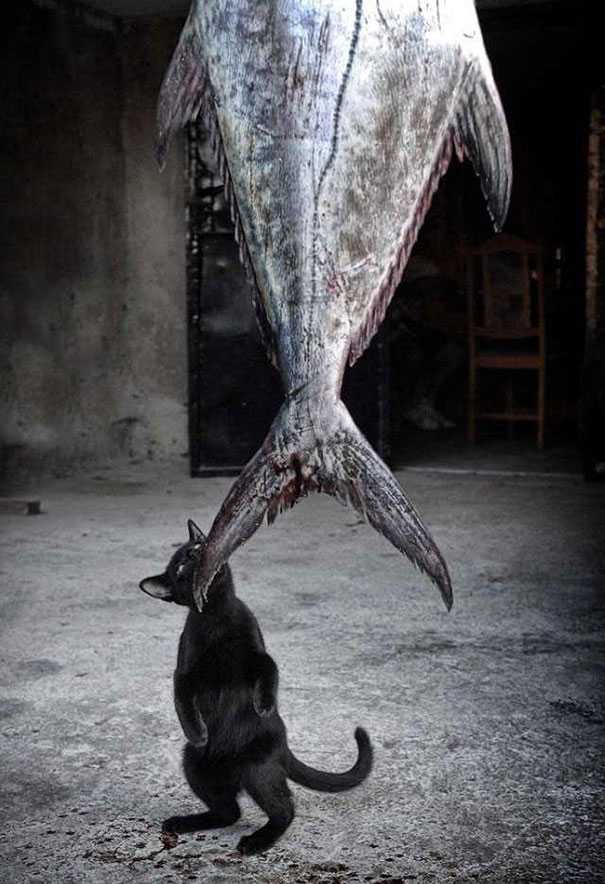 A cat will always chase its dreams no matter the size, and the size of the fish.