What You Can Learn from the Way Elite Athletes Manage Stress

Visualization has proven to be a powerful tool for athletes to improve their performance. Olympic gold medalist and world record holder Michael Johnson said visualization was the most important aspect of his mental preparation. “I started my automatic default mechanism of visualizing myself running the race … I would hear the gun go off in my head, and start going through my paces. Then I’d visualize the whole thing again … I focused on running the perfect race in my head.” 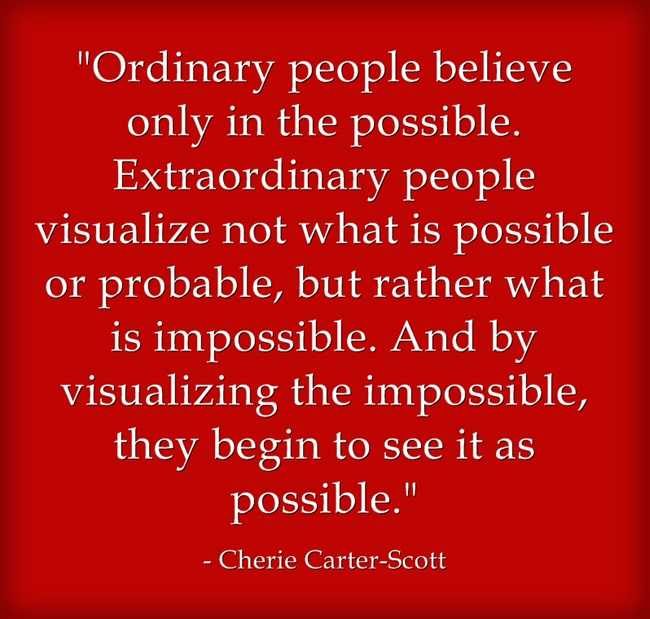 Mental imagery also works in business and management. If you want to ask for a raise, for instance, envisioning how you want the conversation to go can give you self-confidence.The same is true in your personal life. If you need to have a difficult talk with a significant other, creating positive mental imagery can help keep you calm. Research has shown that envisioning yourself being assertive can increase physical manifestations of stress such as an increase in heart rate.

It can be difficult for an athlete with an analytical brain to perform their best in the biggest moments. Over-analyzing a situation can actually lead to a mental paralysis that slows reaction time. Tennis player Kevin Anderson was 29 years old and had never made it past the fourth round of a grand slam tournament when he consulted with sports psychologist Alexis Castorri. She said that players who are intellectual and analytical almost need to suppress their thought-processes in order to succeed. Anderson quickly put the lesson into practice, defeating Andy Murray at the 2015 U.S. Open to reach his first quarterfinal. He is now a top 5 player who has made two grand slam finals. 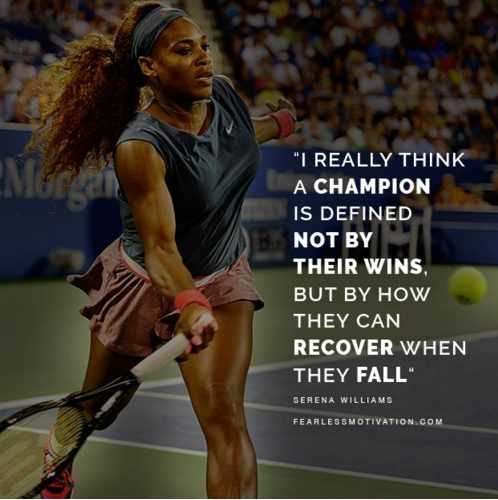 It’s a lesson that almost everyone can relate to, since over-thinking can cloud your ability to make any decision at all. Over-analysis causes you to procrastinate, feeling like you are too scared of making a wrong decision. Just as too much theorizing on the tennis court can make a player afraid to take risks, over-thinking in other areas of your life can lead to inaction. Inaction of course leads to more stress, since nothing is getting done. To avoid getting caught in a worry cycle, stop expecting yourself to be perfect.  Don’t think about every possible outcome – there are times in life when you just have to simplify. Everyone makes mistakes, so stop dwelling on the “what-ifs” and starting showing yourself compassion.

Athletes who manage their emotions well tend to be the ones who perform best in the most pressure packed moments. Psychologists emphasize that this begins with increasing your personal resources in order to face more demands. The key resources are self-confidence, perceived control, and approach focus. Self-confidence is about your belief that you can succeed, perceived control is about how much you control, and and approach focus is whether you aim to do your best, or avoid doing your worst. 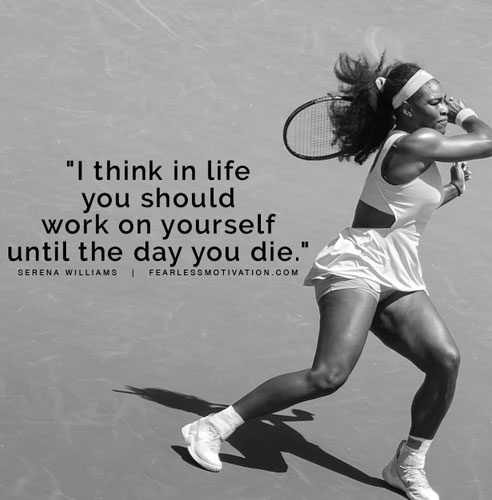 Athletes who interpret demands and stressful moments as challenges and not threats have higher self-confidence, believe they can control their performance, and focus on what they have to gain rather than what they have to lose. Anyone can turn these principles into part of a healthy mental attitude. Rather than thinking “if I do not ace this project, I might lose my job,” tell yourself that the project is a challenge that could be a benefit to your life – i.e., “if I do well on this project, I may get a promotion.”

Sports psychologists advise athletes to adopt a growth mindset in order to develop a helpful narrative about their abilities. Coined by psychologist Carol Dweck, a growth mindset is one in which the person believes that effort, learning, and persistence will lead to better performance. People with a growth mindset think of talents and abilities as something they can develop through practice, instruction and hard work. The opposite mentality is a fixed mindset, where a person believes talent and abilities are fixed. People with fixed mindsets are self-conscious about always looking talented at all costs. When someone with a fixed mindset is faced with a setback, their tendency is to conceal their deficiencies or run away. A person with a growth mindset faces their failure and uses it as a way to learn more skills, work harder, and improve their overall performance. 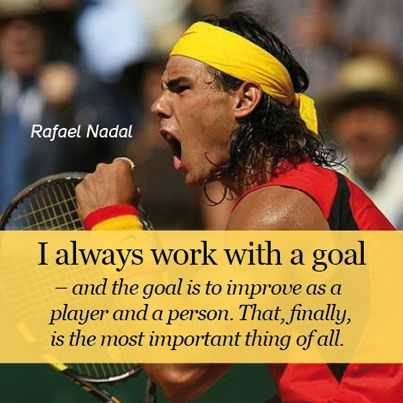 In the workplace, many people get off on the wrong foot by thinking about what they believe they can’t do: “I can’t do public speaking,” or “I’m not naturally creative.” This is an example of a fixed mindset, which will prevent you from finding ways to improve your skills. Instead, value the process over the end result and believe that you can get smarter through lifelong learning strategies. You will be more motivated, more creative and more collaborative than people who believe talent and ability are static. 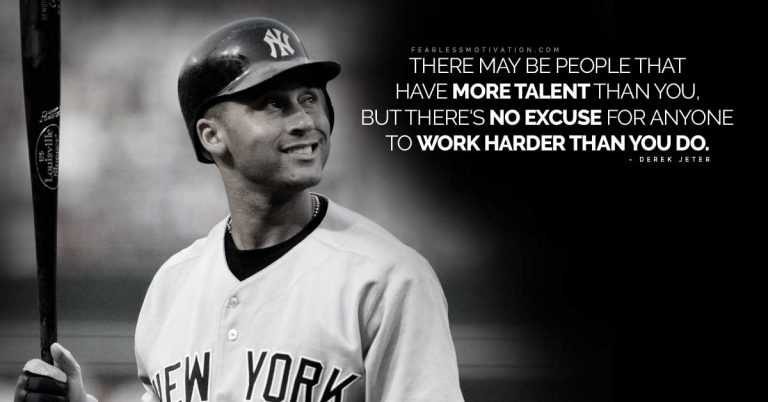 Focus on What You Control

Athletes are often focused on things outside of their control, like weather conditions, the skills of the opponent, or whether they will win or lose that day. However, focusing their energy on variables outside of their control can drain their mental focus and their energy. Graham Betchart is a mental skills coach who works with NBA players like Philadelphia 76er Ben Simmons.When Simmons was searching for a way to process all of the attention of turning pro and dealing with increased scrutiny and stress, he relied on Betchart’s lessons. Betchart uses the acronym W.I.N., which stands for “What’s Important Now?” This is a way to remind athletes to stay in the present moment, and then moving on to the next point or play quickly when the moment is done. 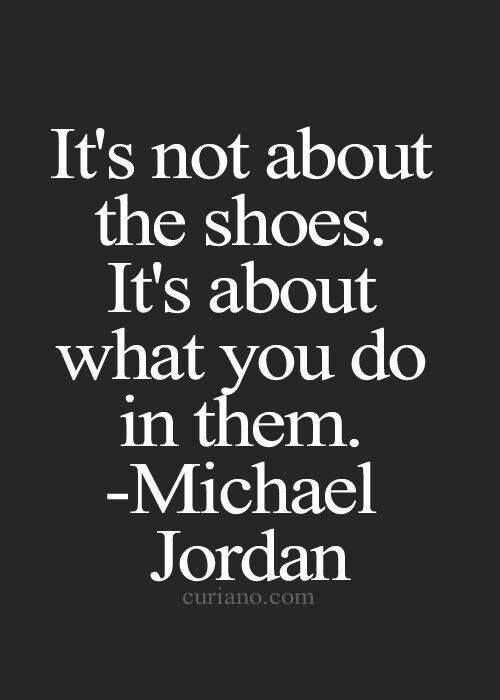 Focusing on results, like whether you will get a promotion or whether a presentation will go well, can cause you to lose focus. They key is to stay in the moment and focus only on what you can control.

Athletes who get down on themselves or are overly self-critical set themselves up to underperform. One of the best ways to to approach big moments is with positive self-talk, including body language. Tennis player Rafael Nadal rarely shows negative emotion on the tennis court. Nadal pumps his fist, yells “vamos” (“let’s go!”), sprints to and from the sideline on the changeovers. All of this projects an attitude toward the opponent that screams “I am a warrior and I will win.” Nadal said that his positive body language does not mean that he doesn’t feel uncertainty or anxiety. “No, I was not calm. I was nervous,” he said in response to a question about his 2017 U.S. Open title. “But all the body language that is not in a positive way is stupid to make it, because it’s going against you. [It] is one of the things that I tried to do all my life, that the body language helps me, not go against me. Because [body language] is one of the things that depends just on me, not on the opponent.” 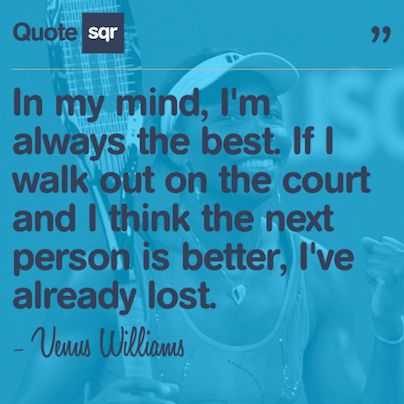 Nadal’s comments are the epitome of what sports psychologists emphasize: believe your performance is in your control, not sabotaging yourself with negative actions or self-talk, and only showing positive emotions. Everyone can learn to manage their body language better, projecting an image of confidence rather than self-doubt. Take an inventory of how you look: do you shake your head in frustration? Do you frown or clench your fists? What about crossing your arms, or hanging your head? These are all manifestations of negative and disruptive emotions. Instead, practice looking people in the eye when you are nervous, standing with your arms at your sides and hands unclenched, smiling, and taking calming breaths. This will help you manage your nerves.