When His Owner Died, This Horse Said Goodbye In The Most Heartbreaking Way


When a tragic accident took the life of his owner, this horse was heartbroken. While attending the funeral, the white horse knew he had to say his final goodbye. However, no one expected what the horse decided to do next… 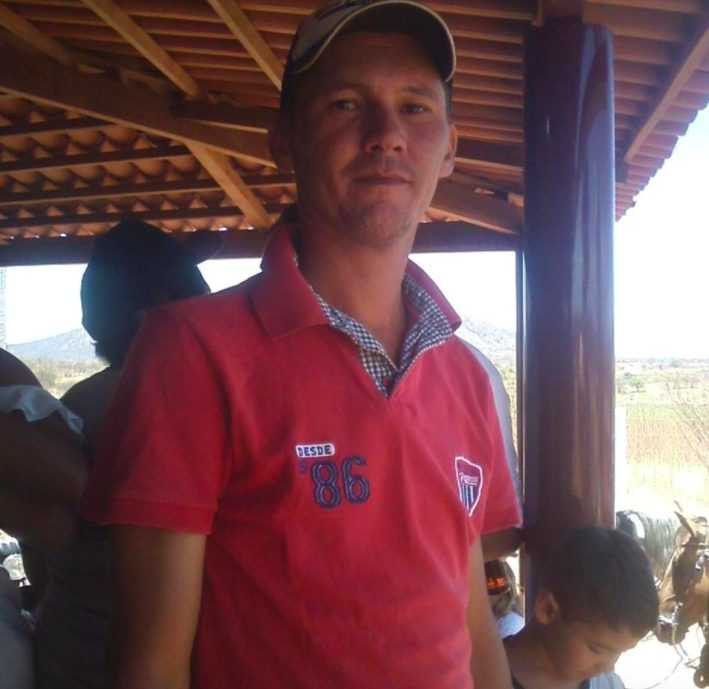 Wagner de Lima Figueiredo was a semi-professional cowboy that would often engage in rodeo shows where he could win some prize money. Figueiredo would always count on his white horse throughout his career. He loved his horse and his horse loved him. 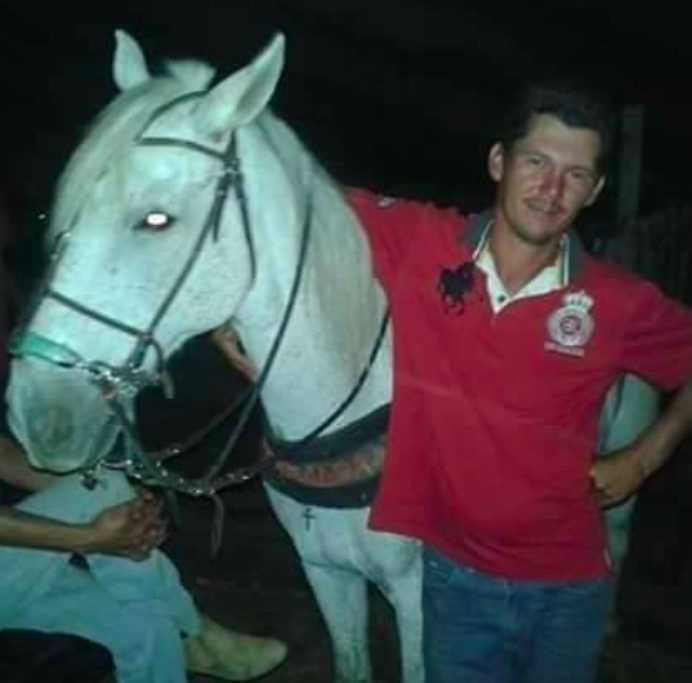 Before tragedy struck, Figueiredo had owned his horse, Sereno, for nearly eight years. Figueiredo posted a photo of him and Sereno on Facebook where he wrote that the animal was “my horse, my friend.” 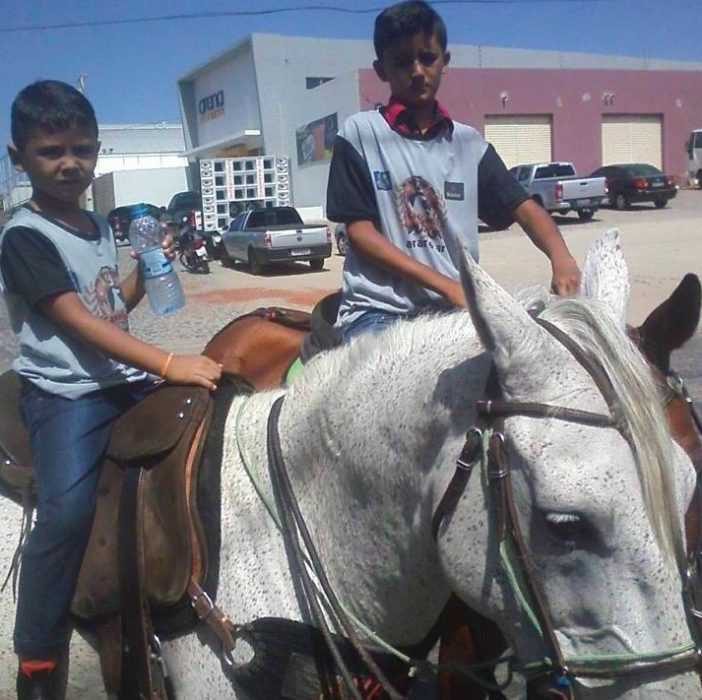 Many people approached Figueiredo about purchasing Sereno throughout the years, as the horse’s white shade is highly unique. Figueiredo never took anyone up on their offer. “[He] always refused to sell him,” Figueiredo’s brother Wando de Lima told the Daily Mail 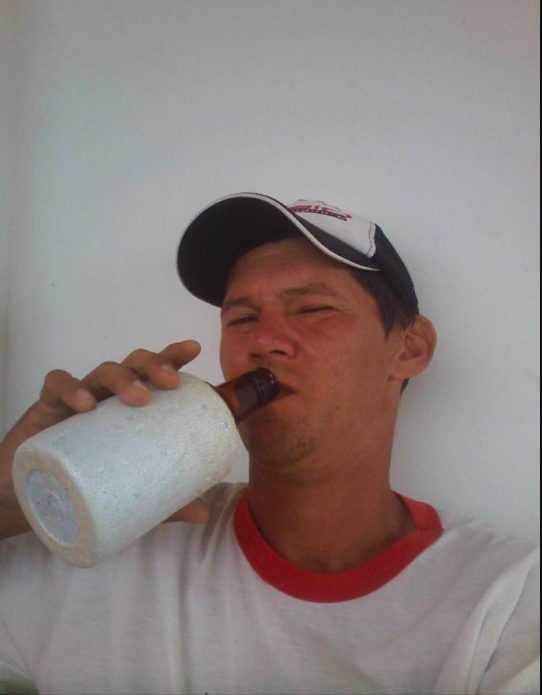 “Wagner’s life was this horse,” de Lima continued. “He had a passion and a great love for him. Sometimes he would even stop buying things for himself to make sure he could afford to buy horse feed.” 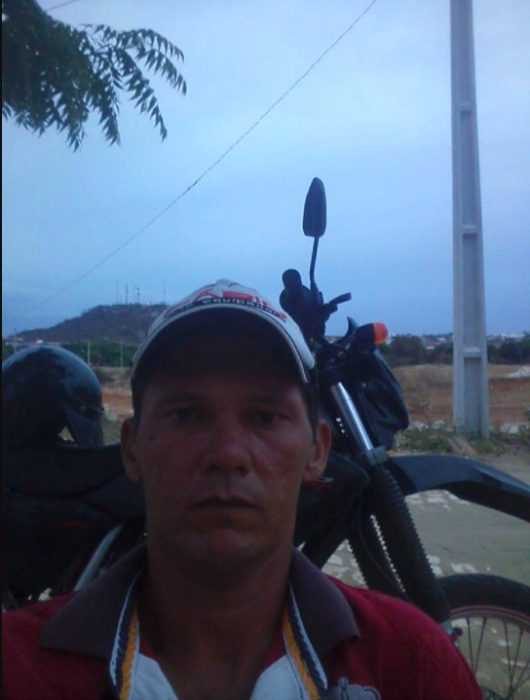 The two were pretty inseparable and the duo truly loved one another. Then, one day, a horrific tragedy occurred. Figueiredo was riding his motorcycle on the beach when he lost control of the bike. The accident occurred on New Years Day 2017. 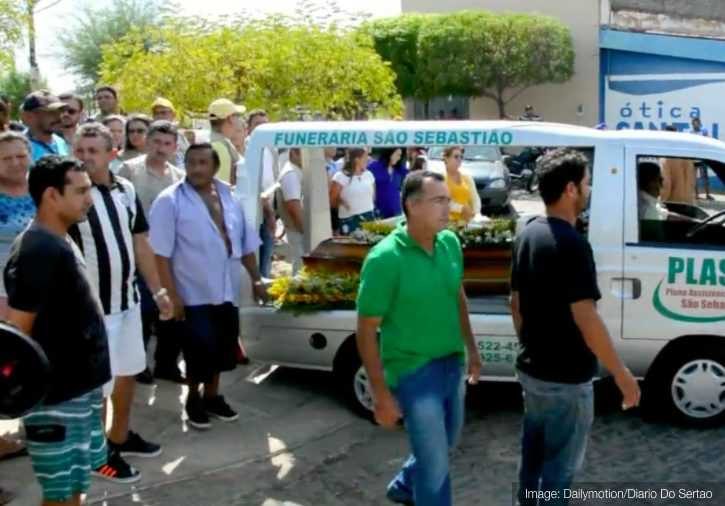 Figueiredo was rushed to the hospital where doctors performed emergency surgery. Unfortunately, he did not make it and passed away. His family quickly began to arrange the funeral, which would take place in the next two days. 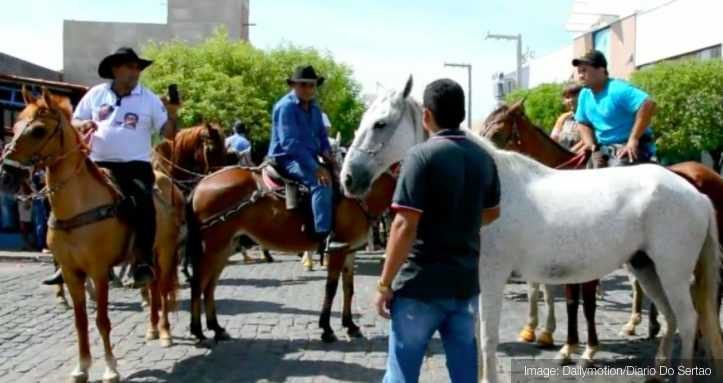 Since Figueiredo had been so close to his horse, Sereno, his brother made sure that the horse would be in attendance for the funeral. Wando wanted to pay tribute to his brother’s memory in the best way that he could and including Sereno in the arrangements was a great start. 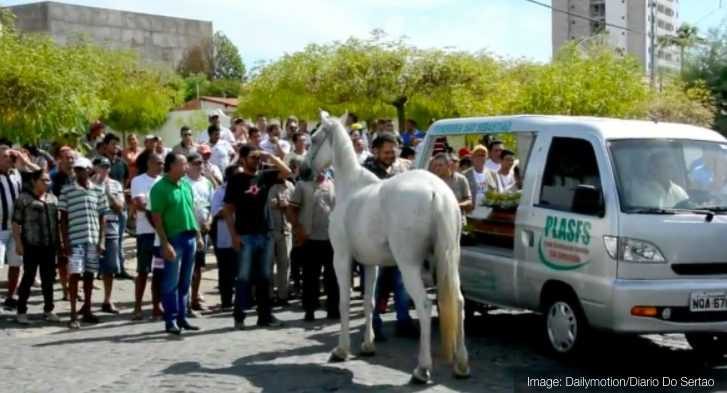 Eventually the day of the funeral was upon them all. Sereno was there standing alongside everyone else when the casket arrived in the back of a car. Suddenly, Sereno had the oddest reaction and it became evident that Sereno knew that his pal was in the casket. 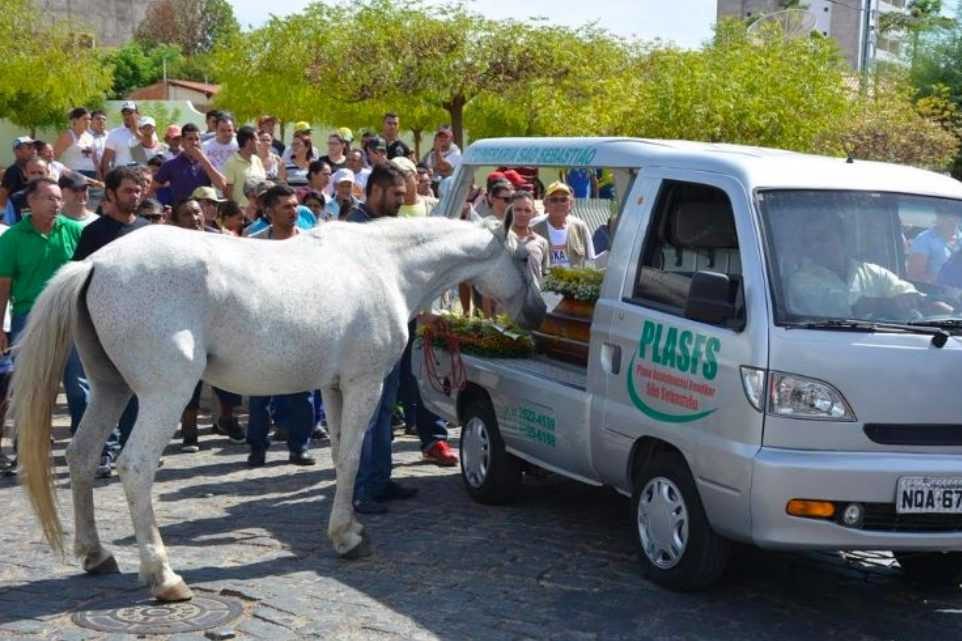 Sereno headed toward the back of the car and approached the casket. He sniffed it and then placed his head on top of it. The horse was grieving the loss of his best friend right then and there… 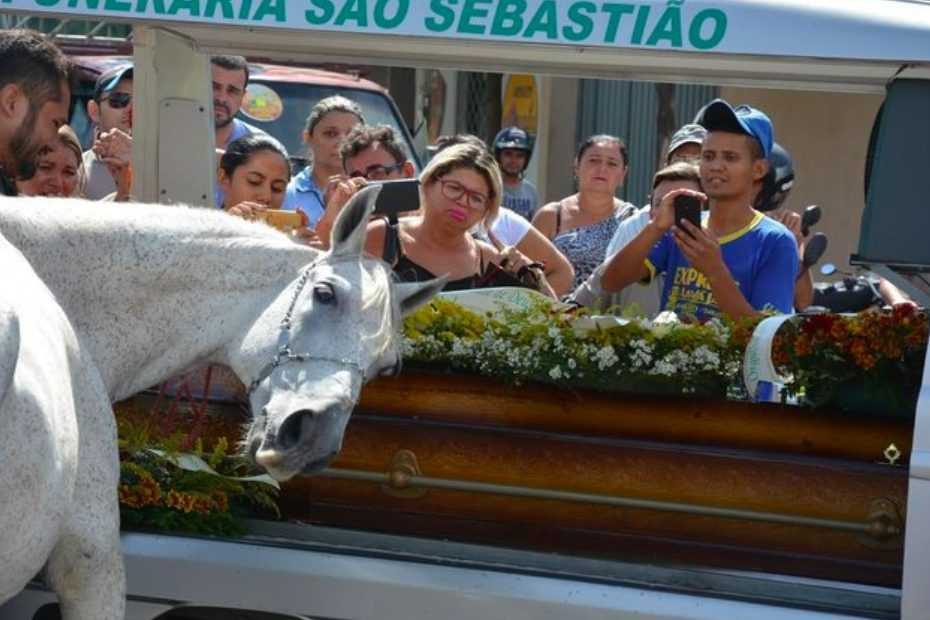 Attendee Kyioshi Abreu told The Dodo that Sereno “began to walk around the coffin, smelling the coffin. Then he neighed. It was a very strong emotion. Everyone who was there was moved. I cried myself when I saw that scene.” 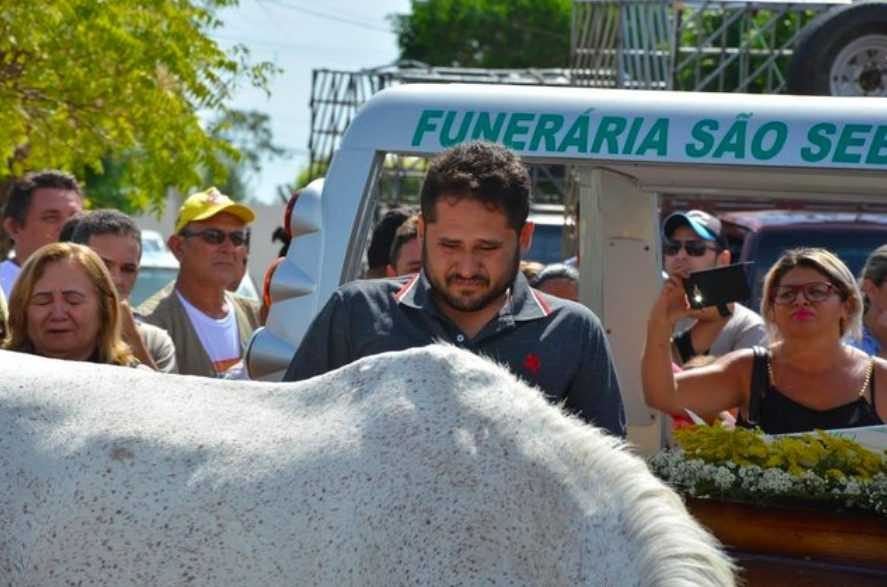 The horse continued to show his sadness through his behavior. People saw him stamping his hooves and letting out a loud whimper. “This horse was everything to him. It was as if the horse knew what was happening and wanted to say goodbye,” de Lima stated. 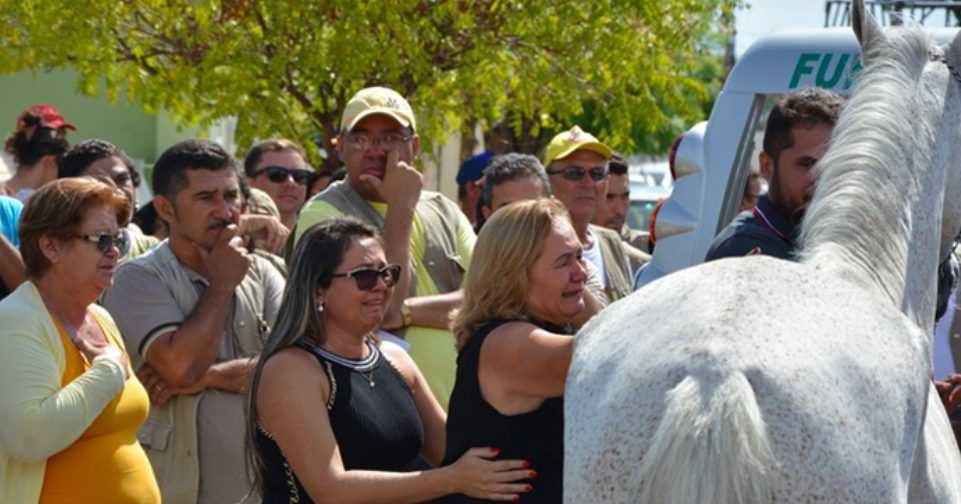 Family friend Francielia Limiera was completely blown away by the horse’s emotional reaction. “It was an unbelievable thing to see the way the horse behaved. If I hadn’t been there I wouldn’t have believed it myself,” she told the Daily Mail. 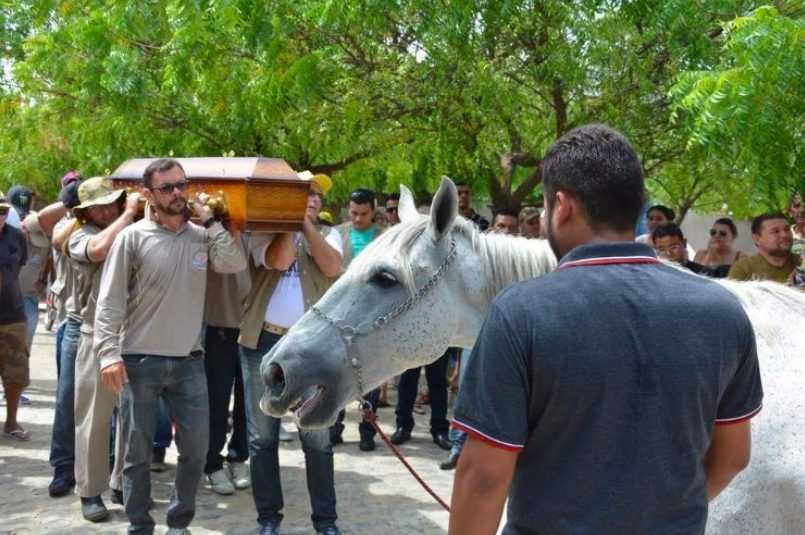 “As we brought the coffin out at the beginning of the funeral, [Sereno] sounded like he was crying and as if he recognized that his owner was finally leaving him,” Limiera added. “He pounded the ground with his hooves and kept on whinnying. It was very sad.” 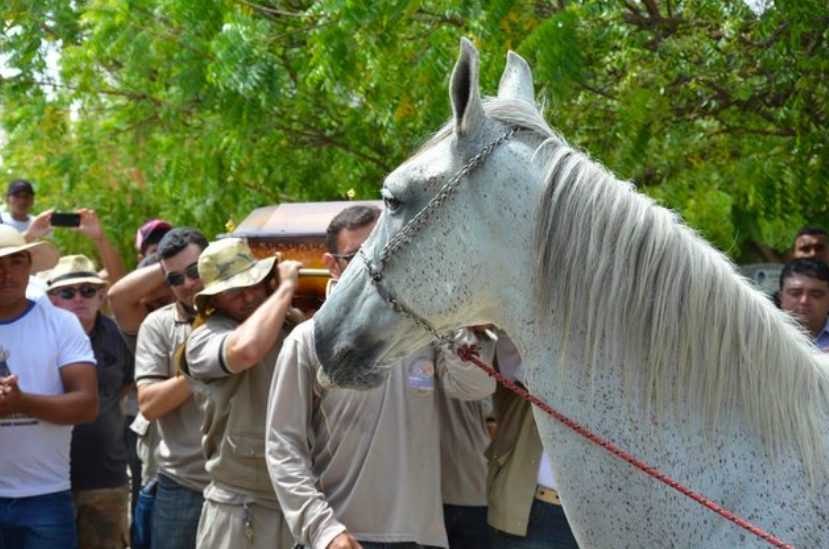 Vet and Brazilian Horse Riding Federation member Marcelo Servos heard about the story and immediately cleared up any misconceptions that people were having. He stated that horses are absolutely capable of mourning the life of a human. 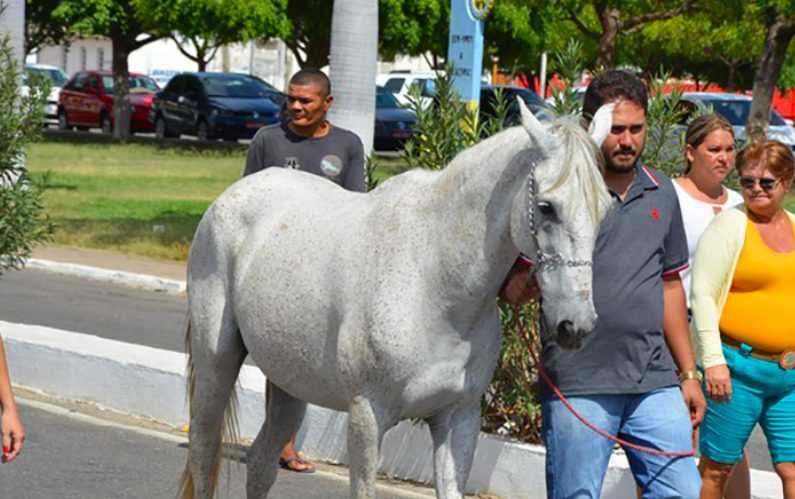 “I’ve seen more fantastic stories than this and I’m sure this can happen. I do not say it happened specifically in this case, but it is possible,” he told the Daily Mail. However, Sereno’s mourning process still wasn’t over. 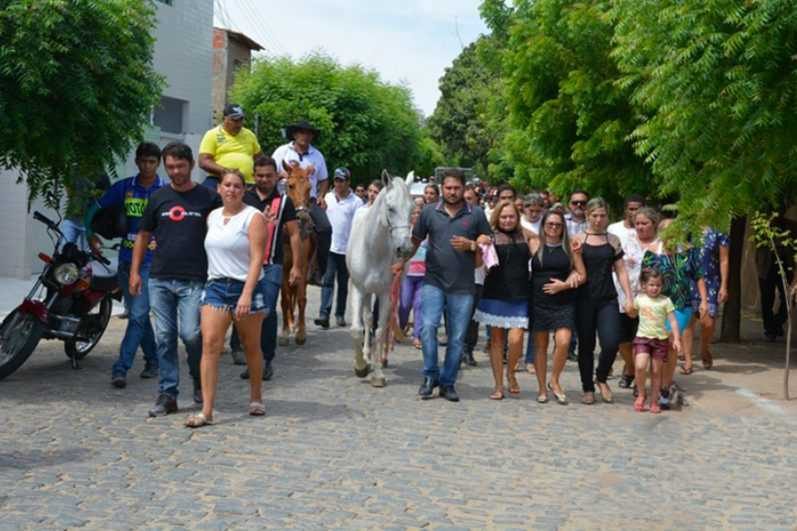 Once the ceremony was over, Sereno marched with everyone else to the final resting place. Everyone was brought over to the nearby city of Cajazeiras where they could say their final goodbyes to Figueiredo. Sereno marched proudly by. 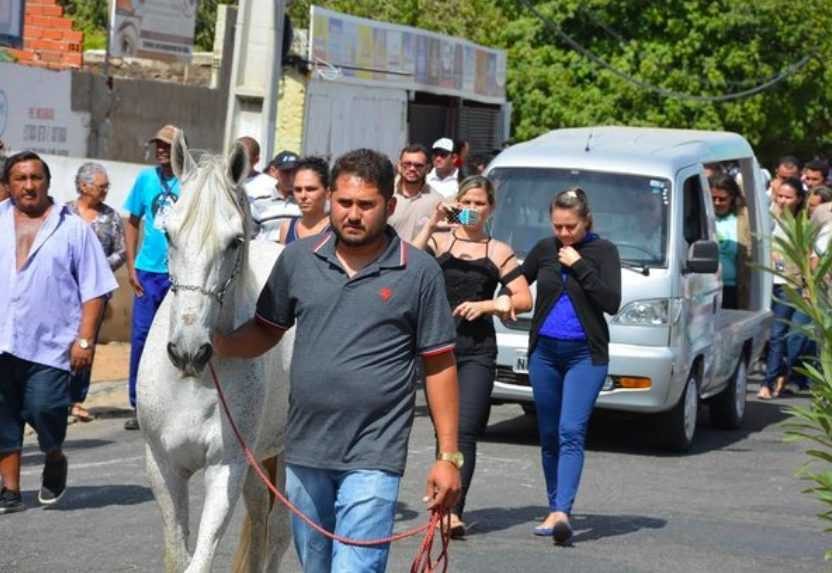 Wando could tell just how heartbroken Sereno was as they marched over to the final resting place. “All the way to the cemetery, he would whimper and beat with his hooves on the ground,” Wando told a local news station. 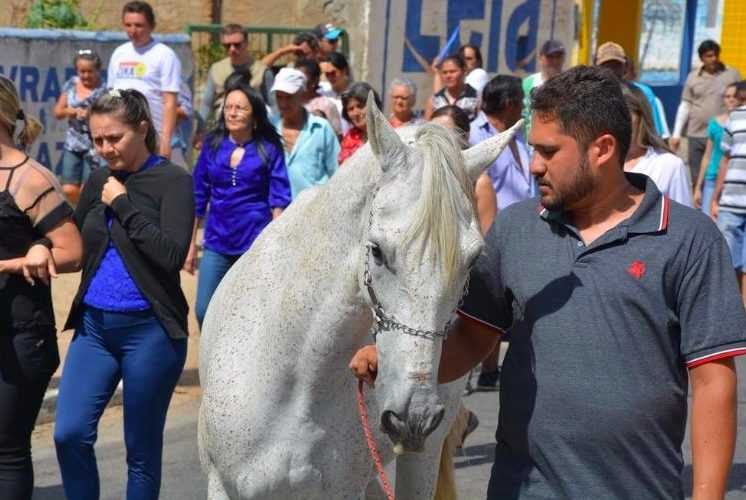 Sereno’s heartfelt mourning caught the attention of many media outlets throughout the world. They all covered the story in great detail as they were fascinated by the sheer dedication that Sereno had for his best friend and owner. 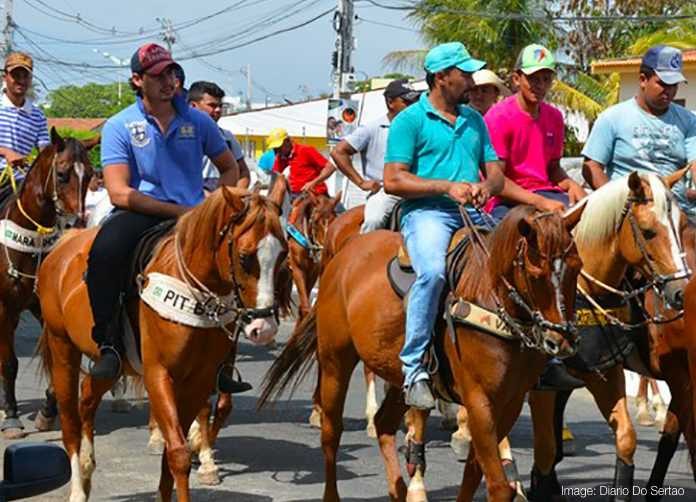 Footage of the funeral was uploaded onto YouTube. Thanks to all of the media coverage the story received, the funeral video has been viewed over a million times. Users shared their own stories with animals mourning loss. 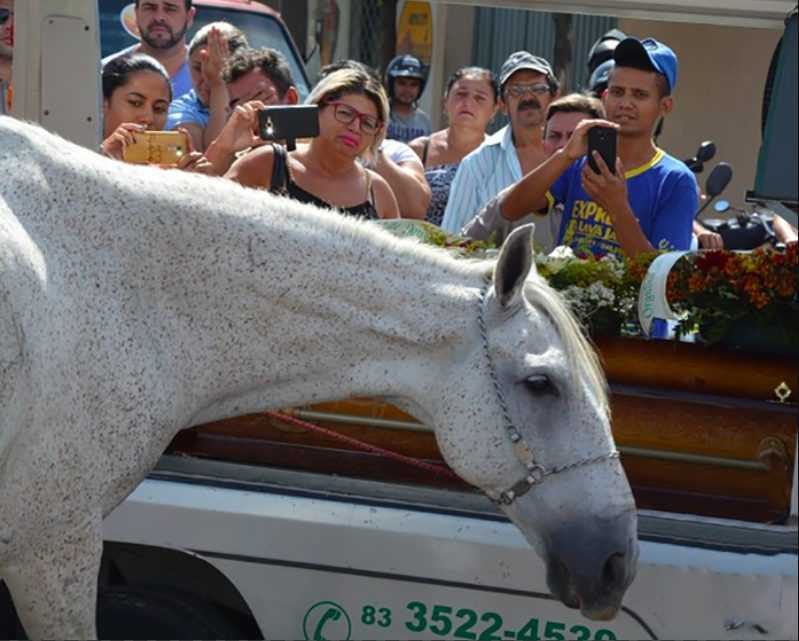 To this day, Sereno still mourns the death of his best friend. He is now living with Figueiredo’s brother and will never have to worry about being alone. “Wagner will stay with our family forever,” Wando told the Daily Mail.