The 1st Excellent TaylorMade Stealth Driver Is A Masterpiece You Need


The 1st Excellent TaylorMade Stealth Driver Is A Masterpiece You Need 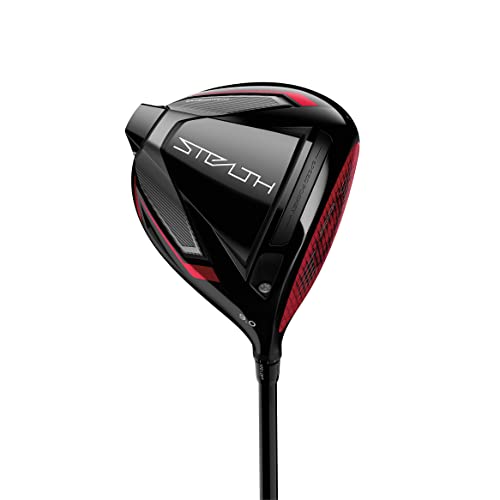 Taylormade claims they’ve reached the limits of titanium faces in their woods. They’ve been working with carbon in the background for 20 years and feature it in all their woods for 2022 (and beyond, I guess). The “60x Carbon Twist Face” is supposed to be a faster and more forgiving material. They took a heap-big chance doing this and it appears to have paid off.

Why Consider the Stealth Driver

The Stealth driver does what Taylormade says it will do. You’ll get good to great results if you put a decent swing on it. It’s long, forgiving, and looks and sounds great. These are, of course, both charted and uncharted waters. Other companies have made little inroads or even dramatically failed when they introduced composite-faced drivers. Yonex is one, and so, too, perhaps more infamously was Callaway with the Big Bertha C4 over 20 years ago. TaylorMade’s team has been studying the idea of carbon composite replacing titanium as a face material for the past two decades. The company kept pulling back from introducing the idea for a product because titanium, the super-strong, super light and super flexible metal alloy, really couldn’t be beaten. It’s worth remembering, of course, that titanium alloys were at the root of golf’s ruling bodies instituting rules limiting the way a driver’s face could flex. Originally, that was under the heading of “springlike effect” or “coefficient of restitution” (COR), but that performance attribute gave way to characteristic time (CT), a reference to how a portable test measured face flexing.TaylorMade believes the Stealth drivers, which include the sliding movable weight Stealth Plus; the high-launching, high-stability Stealth; and the slice-fighting Stealth HD, perform better with respect to those springlike effect properties and guidelines because the carbon-composite face is significantly lighter than a titanium face. The faces on the Stealth drivers weigh 26 grams compared to 43 grams where they made of titanium. It’s a complex bit of engineering theory, but the idea is that the lighter the face, the more efficient the collision because when there’s less mass taken up by the face, there’s more mass in the body. The problem for titanium is it can’t really get significantly lighter anymore, said Matt Johnson, TaylorMade’s principal engineer in its advanced design division. The company introduced a carbon-composite faced driver in Asia in 2013, the Gloire Reserve, which sold about 8,000 units, a significantly smaller batch compared to the hundreds of thousands of heads that would be required for a global launch. At the time, Beach said, that the 30 percent larger face on the Gloire Reserve, which featured 70 layers of carbon composite, “gave birth to a new step in distance.” Eight years later, Beach sees Stealth as a global paradigm shift—and interestingly, a design they’ve discussed with the ruling bodies for some time. Even if the guidelines governing springlike effect were tightened, as has been indicated, Beach believes the precision of the carbon-composite face design and the tighter tolerances allow them to stay closer to the limit than traditional titanium faces.