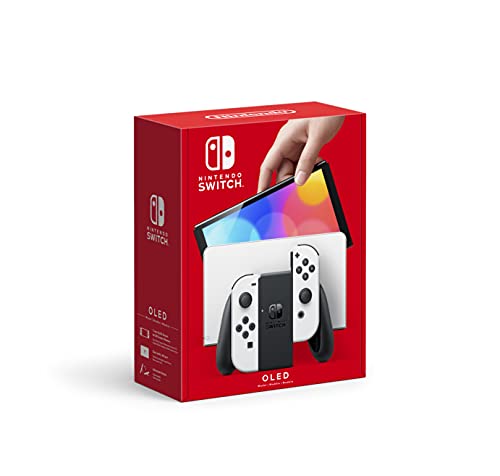 When Nintendo introduced the Nintendo Switch OLED Model, one of the most eye-catching changes was the color. A new white paint job replaced the black/gray of the original launch model, alongside the trusty old neon red/blue version which also made the transition to OLED.

Now, perhaps unsurprisingly, it seems as if the white model is the more popular one. Aside from various anecdotes of players interested in the white OLED model, the red/blue version just seems easier to find.

The preorder situation was predictably a hot mess, as has become the norm for all new tech products. But a day later the white version seems to be out of stock everywhere, while the red/blue version took longer to run out or, in some cases, is still available.

As of the time of writing, you can still readily preorder a red/blue Nintendo Switch OLED model from Walmart, whereas the white model was taken almost immediately. It may be that players are more excited for a sleek redesign and that the white model looks more like a high-end piece of tech for the sophisticated Nintendo fan.

There’s a reason Sony went with a white-and-black color scheme for its PS5, after all. (That reason: It looks dope as hell.)

The Nintendo Switch OLED is a moderate upgrade from the original Switch, and while the OLED screen does seem like a significant improvement, it’s not the kind of one that’s terribly noticeable when seeing product photos on the internet. The white Switch just looks different. But it’s also very possible that Nintendo simply made more red/blue models.

The candy-colored Joy-Cons have been widely available ever since its launch in 2017. If Nintendo has plenty available in reserve, it could have just used those same standardized Joy-Con controllers on the new screen.

We’ll likely never have a definitive answer on which Switch OLED sold better-Nintendo doesn’t break down its hardware sales by color, because why would it? But it certainly seems possible that players willing to pay an extra $50 for a nicer screen are more drawn to the stylish minimalism of the white controller and matching dock.