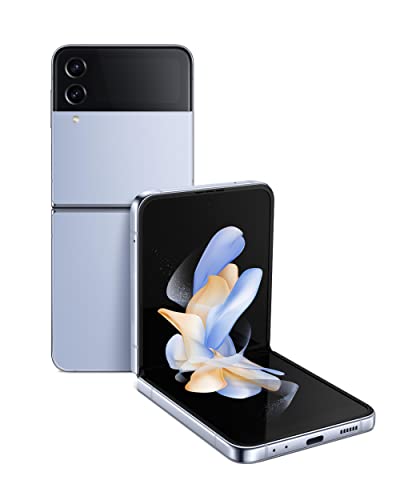 The Galaxy Z Flip 4 focuses less on innovation and more on refinement. It sports slimmer bezels and flatter edges to make for a more premium-feeling device. Even with that, it’s still a fun little phone. Samsung is really leaning into the young crowd with the content creation features and general vibe of the handset, leaving the “mature” and “professional” look for the Galaxy Z Fold 4.

But I could say the same for the Galaxy Z Flip 3. It was also a fun phone, but with heaps of improvements over its predecessor including a radical redesign. So what makes the Galaxy Z Flip 4 stand out? To be perfectly honest, not all that much. But hold your horses, because that’s not really a bad thing.

Samsung did boost the cameras a bit by using a brighter main sensor for better low-light photos. But the ultrawide camera remains the same and the Galaxy Z Flip 4’s cameras perform practically the same as the Galaxy Z Flip 3’s — that is to say, not on the level of what you would expect from a $999 phone. The night mode, however, is excellent.

From the outside, the Galaxy Z Flip 4 hardly looks any different. If you love the clamshell foldable design, you’ll probably be OK with this. The phone fits perfectly in my pocket without sticking out like the best big phones do Like last year, Samsung has provided a diverse slate of color options for the Galaxy Z Flip 4. There’s the Graphite option if you want something sensible, but you could opt for the more lively Blue, Pink Gold or Bora Purple options.

If you look a little further, however, you’ll notice that the Galaxy Z Flip 4 has flatter edges this year. They’re glossy unfortunately, and thus slippery, but they still manage to add some nice grip to an already ergonomic phone. The camera module sticks out a bit more on this model, possibly because of the new main 12MP sensor.

Samsung touted the slimmer and lighter hinge, though the Galaxy Z Flip 4 still has a very noticeable hinge gap when the phone is closed — this is the gap between the two displays at the hinge when folded. I had hoped for a gapless design like the Oppo Find N, as rumors suggested, but it seems Samsung wanted to focus more on the hinge weight and bulk rather than the gap.

The 1.9-inch cover display remains, offering you useful information and access to things such as Samsung Wallet or SmartThings. Opening the phone, I immediately noticed the slimmer bezels. The Galaxy Z Flip 3 had some pretty large ones, so the Galaxy Z Flip 4 looks a lot cleaner and more modern.

The side-mounted power button also doubles as the fingerprint sensor like last year, and I continue to find its placement awkward and unnaturally high. Don’t get me started on the volume rocker, which is near the top of the upper half’s right side. The fingerprint sensor itself is very quick once you place your finger properly.

On the inside, the Galaxy Z Flip 4 sports a 6.7-inch Super AMOLED display with a 1080p resolution and an adaptive 1-120Hz refresh rate. Out of the box, it’s deeply saturated in the characteristic Samsung way — gotta show off the AMOLED’s color capabilities. The cover screen measures 1.9 inches and it’s also a Super AMOLED. This is great for if you have a photo for your wallpaper on that little panel.

The Galaxy Z Flip 4 falls behind both the Galaxy S22 Plus and iPhone 13 Pro in terms of brightness. While 772 nits is very good and certainly legible outdoors, it’s hard to unsee the bright S22 Plus and iPhone displays once you get used to them. But the Flip 4 turned in great results with our color benchmarks, even proving more color accurate than the iPhone 13 Pro. (The Delta-E score measures color accuracy, where 0 is perfect.) With a 12MP main sensor that Samsung says is 65% brighter, the Galaxy Z Flip 4 made marginal upgrades over the Galaxy Z Flip 3. The 12MP ultrawide camera is the same, as is the 10MP internal selfie cam. And from my testing, the software doesn’t seem to have changed much, either. But the night mode definitely has.

Starting off with this playground set outside, the Galaxy Z Flip 4’s image is noticeably brighter and more saturated than the iPhone 13 Pro Max’s. The latter has a more subdued color profile and better exposure control compared to the Flip 4.

The colors of the slide and trees beyond are a lot more accurate than in the Flip 4’s shot. You can see hints of the Flip approaching overexposure in the brightness of the treeline near the sky. Overall, I think the Flip 4 has a good picture, but I prefer the iPhone’s more realistic look.

Staying outside, here’s a bowl of fruit to test the Galaxy Z Flip 4’s color reproduction. As you can see, the fruits are very vibrant, but also too fantastical. This is Samsung’s calling card, or at least it was before the Galaxy S22. I’m not thrilled to see the company’s old oversaturated ways stick around. The photo looks unnatural.

Look at the iPhone 13 Pro Max’s image. The colors are still bright and inviting, but they don’t sear my eyes. It’s also a cooler image, whereas the Flip made my pergola table a bit yellow. I much prefer the iPhone’s shot because it’s got far truer-to-life color accuracy, stronger exposure control, and better white balance. The Galaxy Z Flip 4, much like the Galaxy Z Fold 4, doesn’t have a huge suite of changes. This year, Samsung focused on incremental improvements, such as the new hinge design and slightly larger battery. The flatter edges refine the look, and the new chipset makes this one powerful little phone.

I would certainly say the Galaxy Z Flip 4 is much better this year. I’m thrilled about the battery life and the performance is stellar. But for $999, it seems to have some drawbacks. The cameras, for example, do not live up to other similarly-priced handsets, at least in my testing.