Have you ever heard of a sheep that needs lessons about how to be a sheep? Yeah, me neither! This is the story of Marley the orphan sheep who believes that he is a dog. Get ready because these upcoming pictures are amazing and hilarious at the same time! 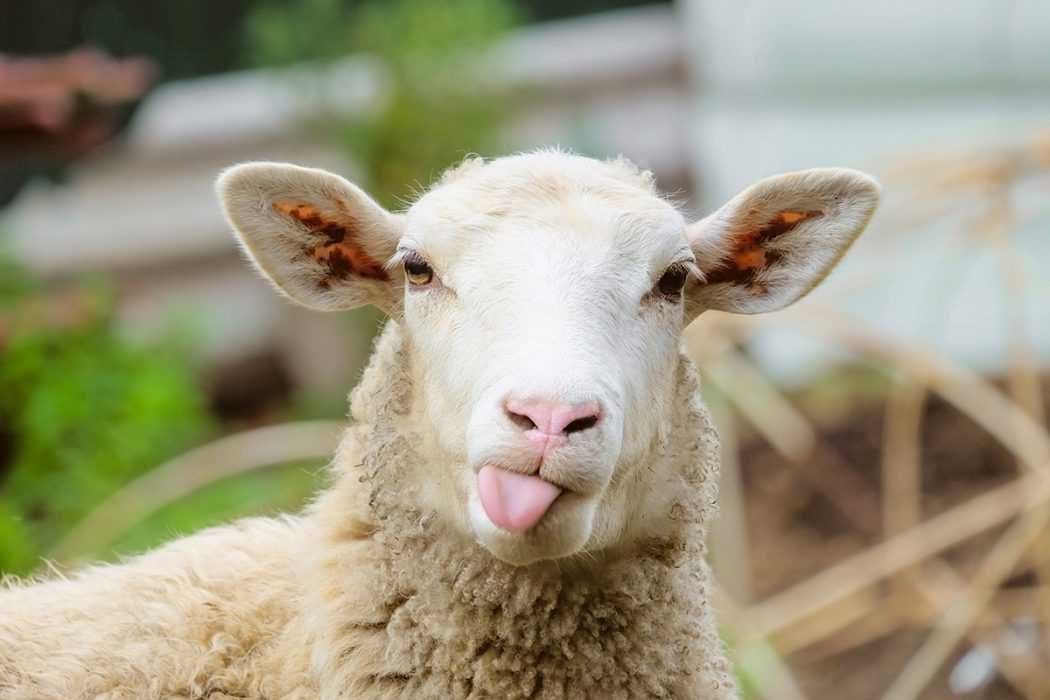 Sheep are cute and fluffy domesticated animals that love to hop around all day long! However, sheep rely on their family members and other sheep to teach them how to survive. 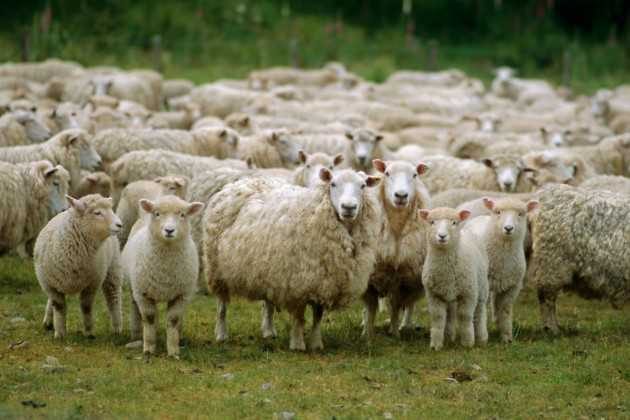 Therefore, orphan sheep have a difficult time adjusting to the world without having someone showing them the ways. This is the story of Marley who was adopted at a young age from a farmhouse. 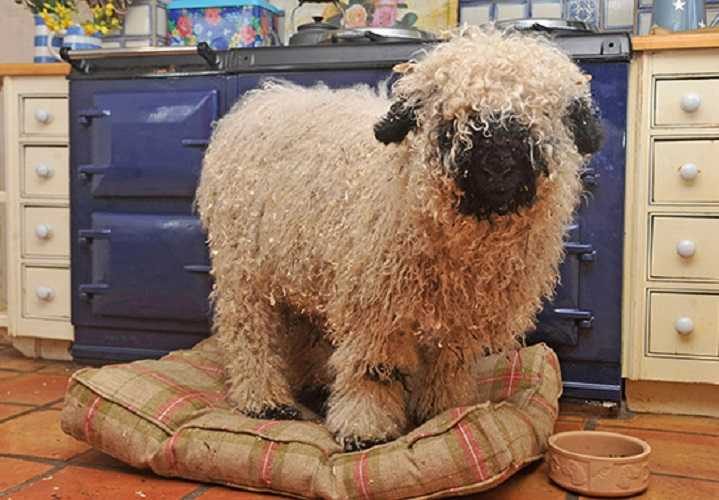 Marley is a young sheep that needs lessons on how to actually be a sheep! Sadly, Marley was an orphan and things were not looking great for her until he met Ali Vaughan. 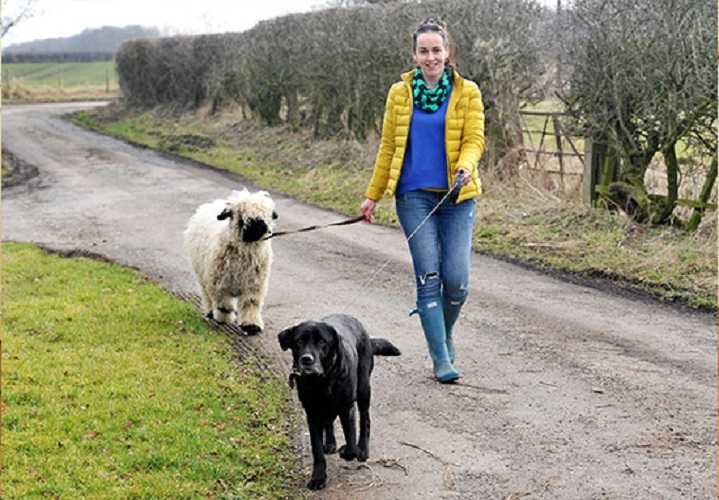 Even though the odds were stacked against Marley’s favor, Ali Vaughan decided to take him in. Ali wanted to expand her family and by adopting Marley, that was the right thing to do. This is what Ali had to say about adopting Marley. 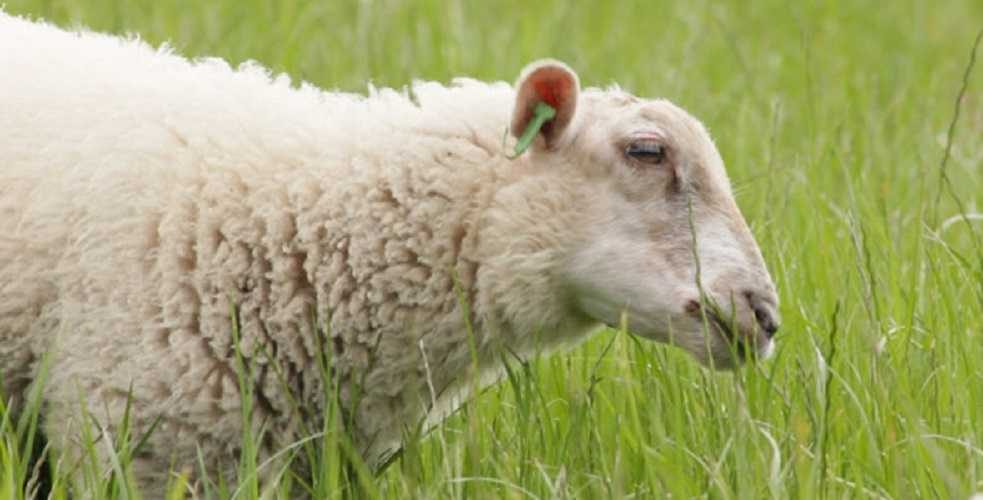 “We absolutely love animals and have always had ducks and dogs, but when we moved into a farmhouse in September, with three acres of land, it seemed natural that we should add to our animal family”, said Ali regarding her decision to adopt Marley. 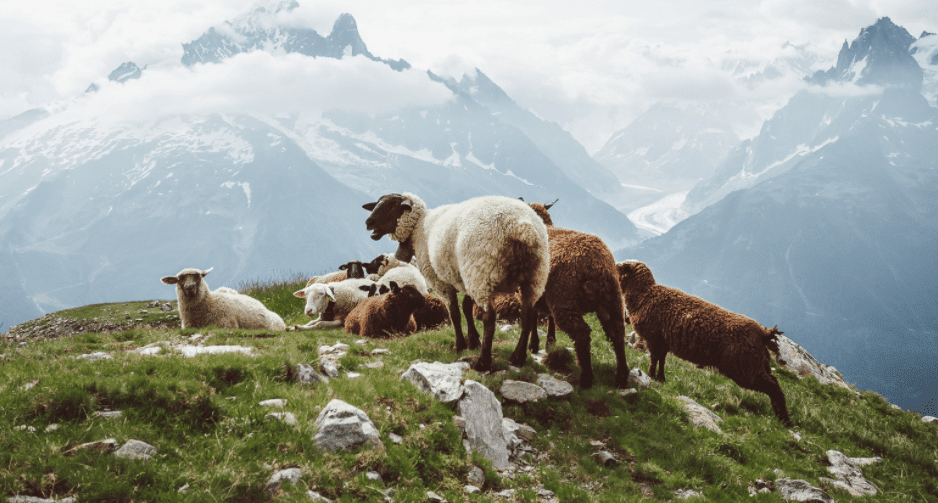 What Ali didn’t take into consideration was that Marley is a Swiss breed and his natural environment is in the Alps. This made it hard for Marley to adapt, but he quickly made a new friend! 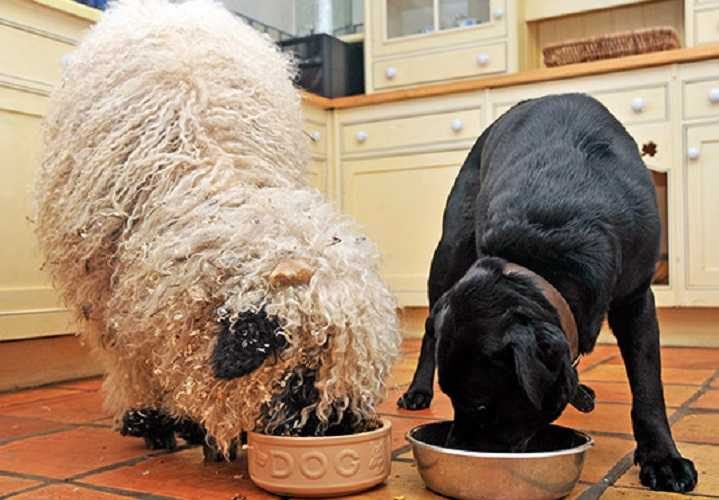 Marley quickly befriended Jess, Ali’s house dog. Even though Marley is quite different from Jess, the two got along perfectly! Little did Ali know that this was going to make Marley believe that he is a dog! 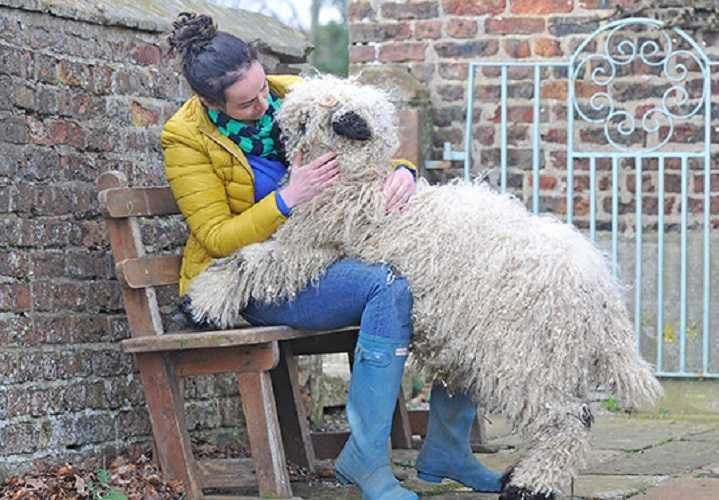 The first time that Ali noticed that there’s something unusual about Marley was when the sheep started eating only from bowls, just like Jess was doing. This was really cute to see at first, but Marley soon grew larger than the black Labrador. 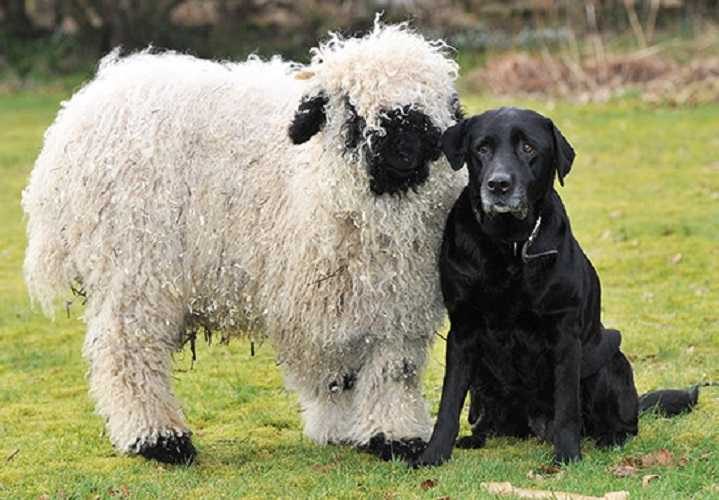 As we can clearly see, Marley became a little too big to play around the house. This is when Ali started training him to go outside, like normal sheep would do. However, Marley didn’t really listen to what his adoptive mother had to say. 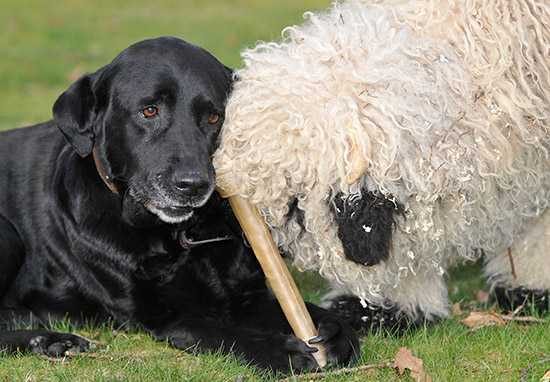 Just like any kid would, Marley didn’t do what her mother wanted. This was both hilarious and annoying for Ali to see. Sadly, Marley fell ill and he couldn’t move. 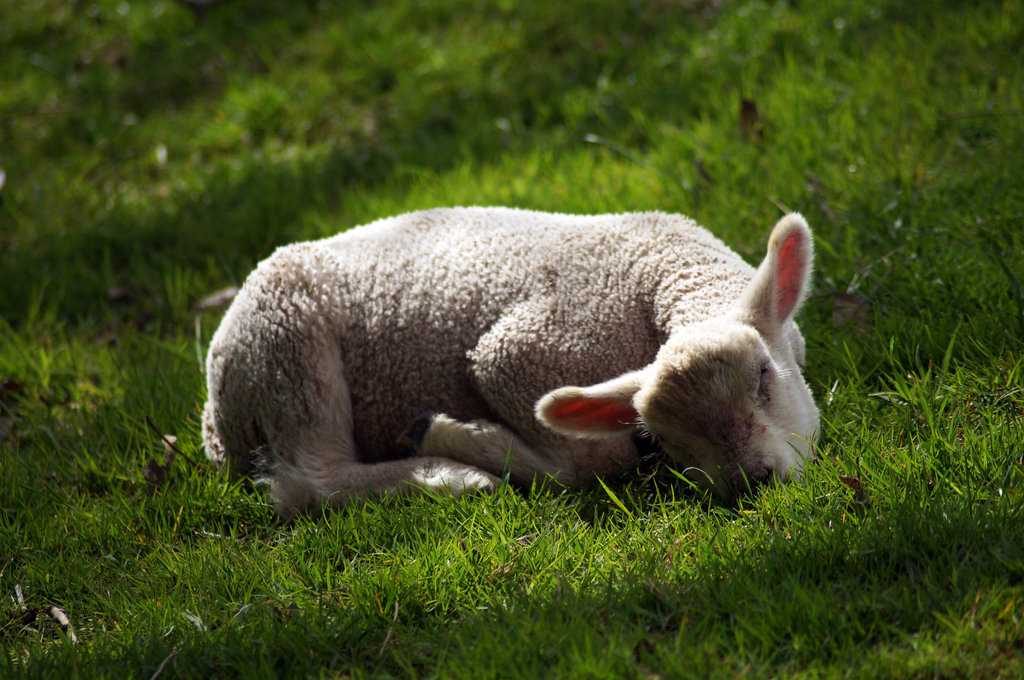 Marley was having issues with his joints which is common for sheep that don’t get enough exercise. The sheep could not move and he would just sleep in the dog bed. Luckily, Ali rushed the sheep straight to the vet where he made a quick recovery. 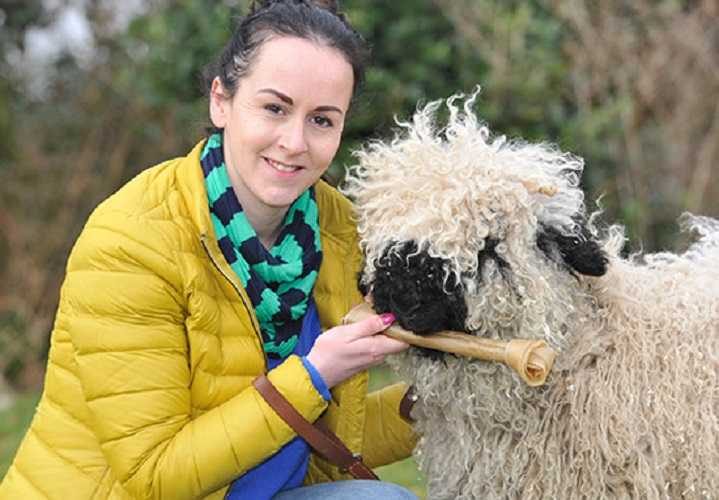 Marley started feeling better after her visit to the vet. This is when things got interesting because the family Labrador started acting weird around Marley. Check out what the dog was doing. 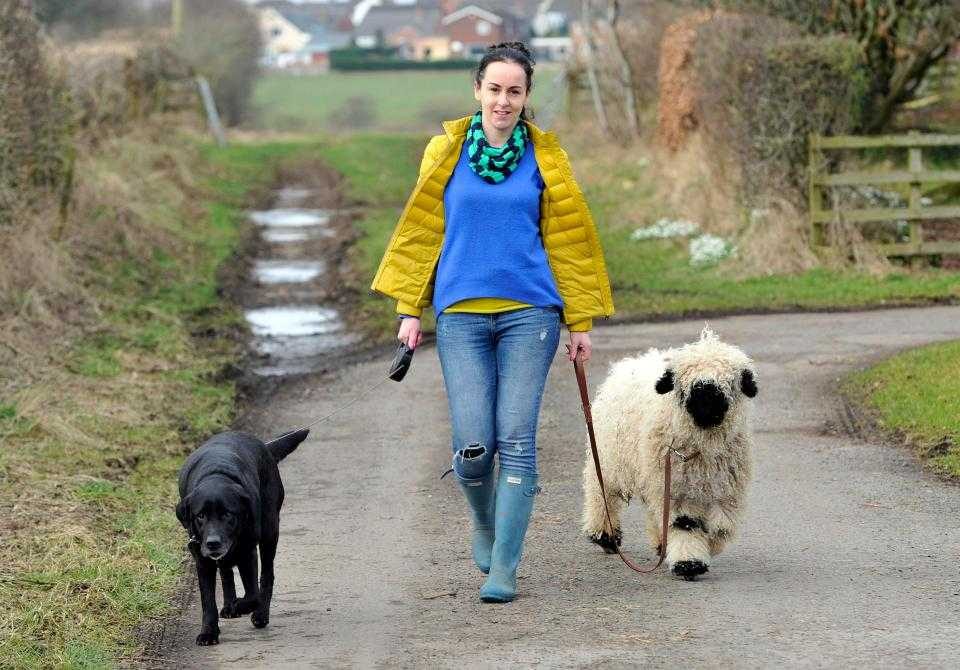 “Our dog, Jess, immediately took to Marley and would lie at the side of him at night. It soon became clear that Marley was picking up traits from Jess”, said Ali. From the looks of it, Jess and Marley were becoming best friends! Nonetheless, this is when another sheep joined the family! 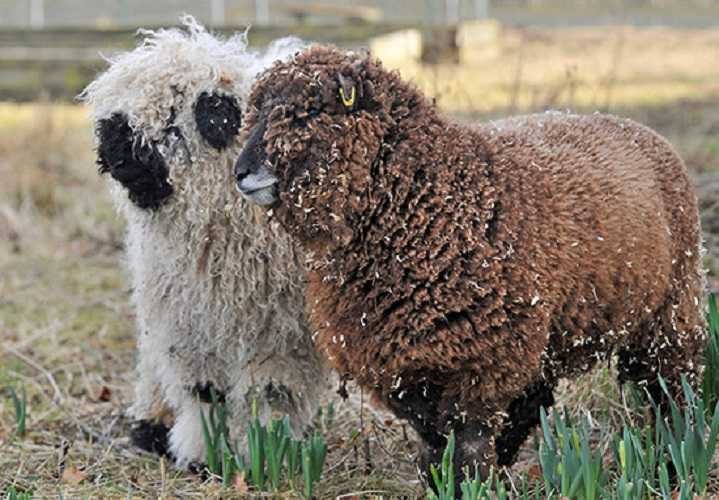 Seeing how fun it was to have Marley around, Ali and her family decided to take in another sheep. How do you think Ali named this fluffy guy? 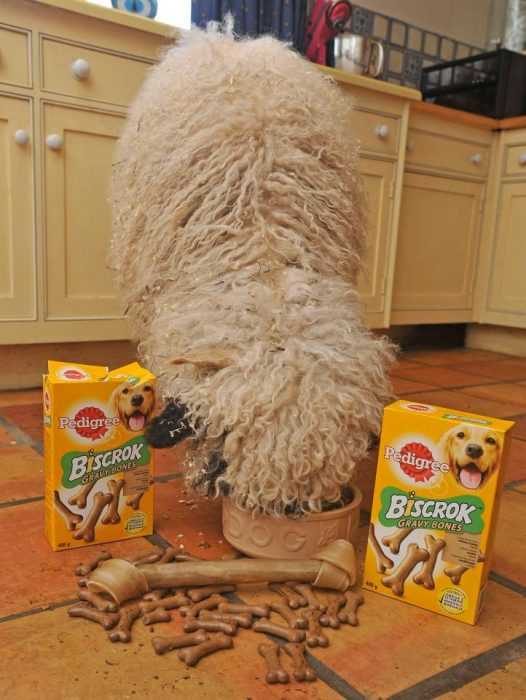 The new sheep was named Bear because obviously, he looked like a bear! Ali’s family was more than happy to have these animals on the farm because their funny looks and active personalities made their days better. 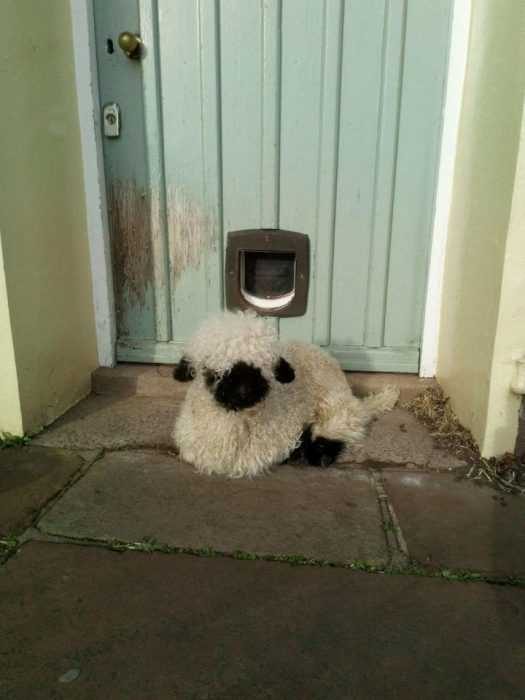 Marley was not a little sheep anymore and his adoptive family knew that they needed to help him stop acting like a dog. As funny as that was, Marley was a sheep after all. The family thought that Bear would teach Marley how to behave, but they couldn’t have been more wrong! 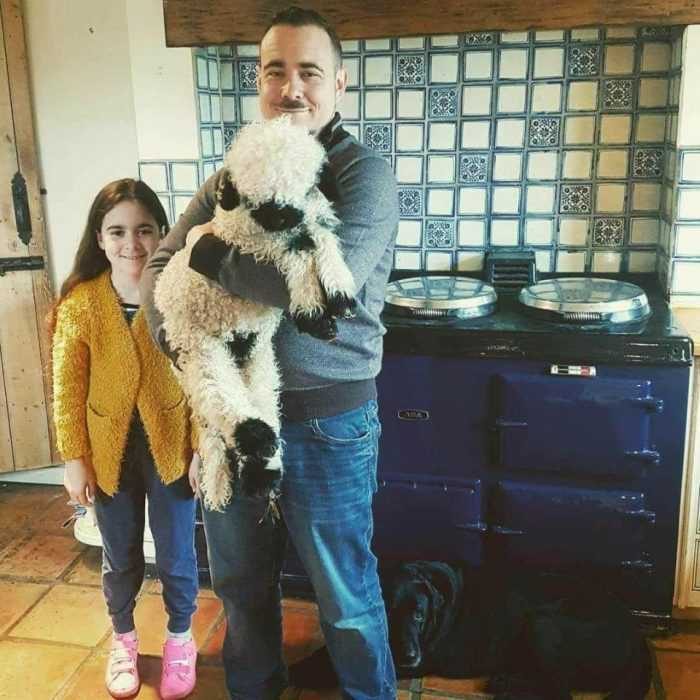 Marley didn’t care for what anyone had to say and the only thing he wanted to do was to have fun. Just check out the next picture and see how Marley plays with Jess! 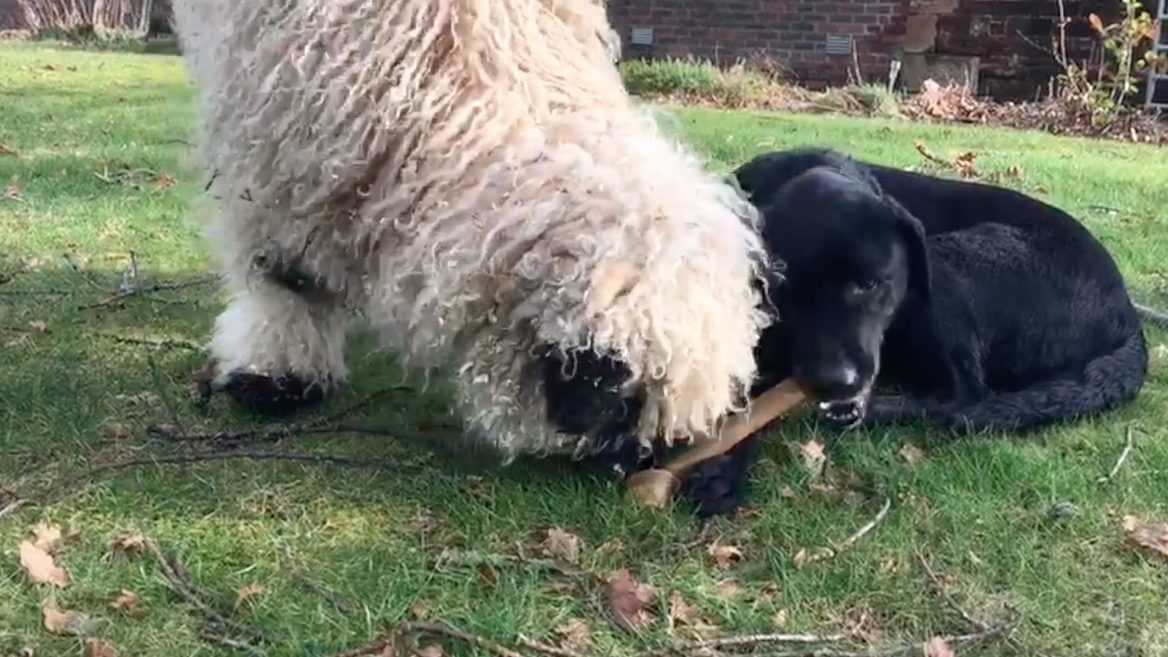 As you can clearly see, Marley and Jess are fighting over bones! The most hilarious thing about this is that Marley’s dog-like behavior also brushed off on the new sheep, Bear. 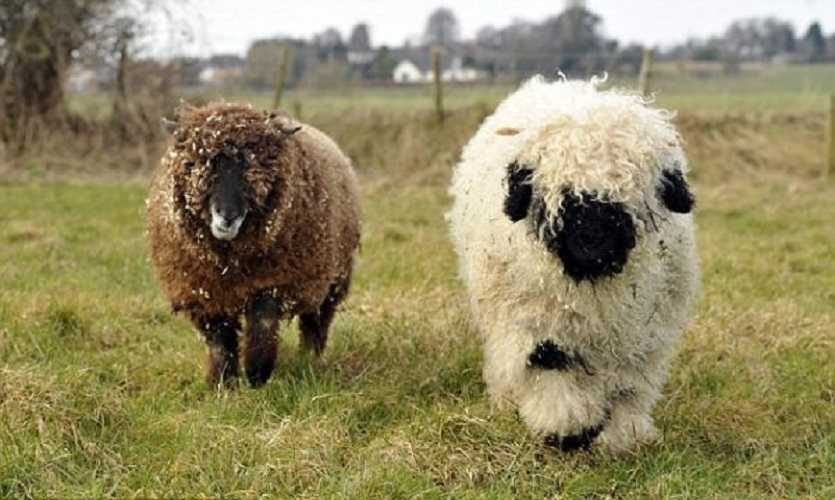 Ali says that Marley and Bear are always running around their farm. Seeing them together makes her day better! Wouldn’t you love having these two around?

What did you think of this hilarious sheep? This unusual friendship between Marley and the family Labrador is something truly special.