Everyone has probably had the curious thought at least once. What do animals do when nobody is watching? Well, when some interesting footage was gathered off some trail cameras, which are usually used for research purposes by trail associations and nature conservations. The answer to that question proved hilarious and very interesting.

Who knew wolves could sing? Now the real question is what are they singing about?

Next up, a hitchhiker.

This wild ox from South Africa is not only a beautiful animal but he doubles as the local taxi for all the local animals.

We’ve all been told at one point or another that we have a deer in the headlight look, but this is the real thing.

17. Deer In the Headlights

That awkward moment when you show up for the group picture and you’re all wearing the same thing.

The next photo will show you just how intelligent all animals can be.

How many racoons can be stacked on top of one another? According to this picture, four. But what are they reaching for?

What goes up, must come down…

Looks like the gang had a rough night, too much partying in the forest I assume.

It’s all fun and games until someone gets sneak attacked.

Just like humans, animals apparently enjoy messing with each other as well. Some, even like to bicker as much as we do.

It’s never a good thing when you’re both in a prickly mood. It’s okay, everyone fights, even these porcupines.

Humans aren’t the only creatures to strut their stuff.

Sometimes you have to stand tall and strut your stuff. Just ask this deer.

Forest fashion goes further than a little strut on the catwalk. This year, headpieces are in.

Just like humans, the forest animals got to stay hip to the trends. Being fashion-forward seems to interest animals of all kinds. Some even like to play in a game of hide and go seek.

You can run but you can’t hide, at least from this flying squirrel. Hide and go seek isn’t just for humans. Although we have to say, the flying squirrel seems to have an unfair advantage.

The camera even caught some lovers in action, too.

Whether it’s romantic love or motherly love, the forest seems to be full of it all.

Mamma Bear and her cubs just out picking up some new things the local campers must have left behind.

Good thing you can always count on your friendly forest Boar for a ride.

Some creatures are not so friendly, however.

There may not be too many restaurants in the forest but this owl can still get some fast food. The cat wasn’t so lucky.

Although luck wasn’t on the cat’s side, it sure was working for Mr Squirrel.

The hardest part about living in the forest is when someone eats the rest of your snacks, as this squirrel was soon to find out. It’s the forest bear that proved to be the best at taking selfies, however.

4. Getting My Close Up

This Bear just wants to be sure you can really see his best features. Got to get his good side, ya know?

Bears aren’t the only ones who love glamour shots either.

This deer knows how to make sure the camera gets his good side. He’s even interested in taking a taste of the camera.

For all the funny things seen on camera, there are the more private moments captured, too…

Unfortunately, even in the forest, it can be hard to get some privacy.

If only the forest had a step ladder for when you need to reach in high places. 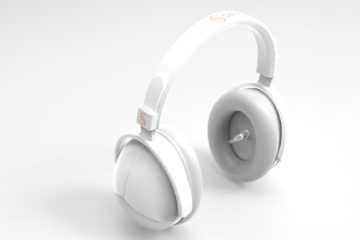 Give Your Ears a Thorough Cleaning With OtoSet Earwax Headset