This Dwarf Pony Needed Help To Walk, See How He Runs Now For The First Time Ever


The downside of breeding animals is that breeders sometimes do not take care of the animals they create, resulting in animals with medical problems who no one else wants. For a dwarf pony named Pumpkin and her mom, Thea, that could have meant the end of the road. Fortunately for these adorable horses, two incredible companies were willing to give them another shot at life. Miniature horses, otherwise known as dwarf ponies, are the cutest little horses in the world. These ponies are often used for therapy work, providing comfort to their owners, or to pull small carts. Their maximum height is just 38 inches! Like all horses, they need to be bred responsibly. This adorable mini horse, Pumpkin, was born with some serious deformities. Unfortunately one of the consequences of repeated breeding is that the newborns suffer from health problems. Poor little Pumpkin couldn’t even walk on her own. She struggled to be independent, and therefore needed constant care. Mini horses are great at working with kids and people in wheelchairs. They are friendly and patient, and are not as intimidating to people who are afraid of horses. These dynamos often head to nursing homes and hospitals to brighten everyone’s day. Some have even been used in airports and other public spaces as therapy horses! Pumpkin, however, was in the rare position of needing care herself. Her owners struggled to deal with her special needs, so they surrendered her and Thea to Twist of Fate Farm and Sanctuary. The tiny horse had luckily found a the perfect home for her needs. Twist of Fate is a very special farm in West Grove, Pennsylvania. The farm is a haven for animals who have been abused or neglected, and for those who have serious health problems. Twist of Fate operates as a nonprofit and has welcomed senior horses so they were ideal for little Pumpkin and her mom. Ashley DiFelice has owned the farm since 2012. She has saved hundreds of animals no one else wanted, giving them full and rewarding lives. Other mini horses, like Cucumber and Zebra, live at the sanctuary, where they receive excellent care. Ashley was happy to take in Pumpkin and her mother. It didn’t take long for her to realize that Pumpkin had a special bond with her three-year old son, Deacon. The little boy called Pumpkin a “big unicorn.” It was love at first sight. The tyke was just the same height as Pumpkin which made their bond even more special. The sanctuary is located on beautiful farmland. Deacon desperately wanted to walk Pumpkin on one of the farm’s trails, but Ashley knew that Pumpkin’s deformities would make it impossible for the pony to walk on her own. The poor pony needed help to get around, and she wondered how they could get him moving like the other ponies.

11. A Daring Dream for Pumpkin Ashely wouldn’t let Pumpkin’s health issues stop her from having a full life. She was determined to make her son’s dream a reality. The pony was so weak that she couldn’t spend much time with the other horses. Deacon made her feel less alone. Ashley has a simple motto:“No matter how many people tell us, ‘You can’t fix that,’ we always try.” With this as her guiding principle, she went to work finding a solution. Soon she found a company called Bionic Pets. They might be the answer t

9. Bionic Pets to the Rescue Bionic Pets creates bionic limbs, prosthetics, and braces for animals who need help being mobile. Derrick Campagna, the company’s founder, made a visit to the sanctuary to check out Pumpkin.

8. Legs Too Weak to Hold the Weight Derrick quickly realized that Pumpkin’s legs were too weak to hold her weight. They would buckle under pressure, so it was important for Bionic Pets to carefully engineer leg braces that would enable her to stand. They weren’t ready to give up either! After just a few weeks, Bionic Pets had their first prototype. Derrick and his team went to the farm to fit Pumpkin with her new braces. It was an exciting day for everyone, as they watched Pumpkin take her first tentative steps. We bet Pumpkin was excited too because soon she could move similar to the other horses.

6. A Feat of Engineering Derrick explained the process for creating the braces. “These braces give her legs the support they need so they don’t bend in the wrong places and help her to place all 4 of her feet properly on the ground. Our hope is that over time with the help of these braces, her legs will begin to strengthen and that she will no longer need them!”

5. Walking on Her Own After adjusting the braces to make the perfect fit, Bionic Pets finalized the design and placed them on Pumpkin. She gained a few inches of height, and could finally walk on her own four hooves. It was an amazing day for everyone when she was able to take those first solid steps. To everyone’s surprise, Pumpkin could not only walk with the new braces – she could run! No one was happier with this outcome then Deacon, who beams with joy every time he watches Pumpkin gallop off. The two playmates were soon happy as can be running around. For Derrick, this is what Bionic Pets is all about. “That’s what I was hoping for… These are the moments that I live for. You see when animals have that will to live and move, and she has that, and that can make all the difference… I think she kind of feels free and able to be herself and walk without pain.” Deacon and his mother were really happy to see Pumpkin feel so free. As much as the braces helped Pumpkin, Ashley wasn’t done yet. She knew that Pumpkin could find permanent relief if she had surgery on her legs. Twist of Fate set up a Go Fund Me page to help with the cost of the surgery. The veterinarians caring for Pumpkin discovered she was born without ligaments in her legs so the surgery would give her a new lease on life. Pumpkin has now had surgery on two of her legs, with the vet bill running more than $6,500. The Go Fund Me community came through with more than $15,000 in funds so far. After a lengthy vet stay – during which Deacon missed his best friend – Pumpkin is now home on the Farm, right where she belongs. 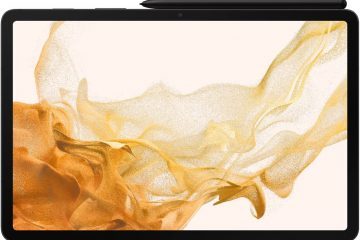