If you’re a Snap-on fan that loves Monopoly, this is the board game for you 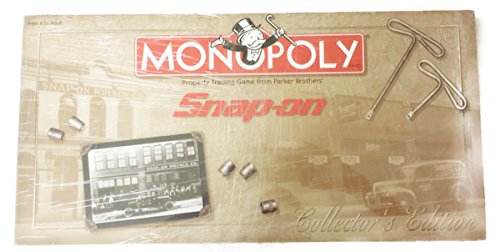 $166.44
Snap-On Mo... read more
(as of June 5, 2020 - More infoProduct prices and availability are accurate as of the date/time indicated and are subject to change. Any price and availability information displayed on [relevant Amazon Site(s), as applicable] at the time of purchase will apply to the purchase of this product.)

If you’ve ever gone under the hood of your car in a professional attempt to fix the damn thing, there’s a good chance you’ve laid your hands on the superior brand of tools by Snap-on. They’ve been around since 1920 and are used by just about any auto mechanic worthy of calling himself a grease monkey.

As the inventor of the interchangeable socket wrench, they’ve pretty much solidified themselves in the annals of history. (“Annals” is a legit word, right?) But we all know you haven’t truly made it unless you’ve got your own version of Monopoly which in Snap-on’s case is now a reality. The Monopoly Snap-On Collector’s Edition follows in the tradition of other re-imagined versions of the classic board game. They’ve created custom pieces and other elements faithful to the theme of Snap-on. They’ve also renamed individual cards and properties.

As this is a Collector’s Edition, everything is slightly higher quality from the paper money to the board itself. The board, unlike other versions, has designs on both sides. The top is the common game board, but on the back side, there’s a series of black and white vintage photos of Snap-on Tools trucks.

The rules stay the same of course, but the green houses are replaced by white repair shops while the hotels are now dealerships. Say goodbye to the dog and race car as everything’s a Snap-on tool or item in this version. You’ve got a socket, delivery sales truck, diagnostic scanner, hammer, impact wrench, air ratchet, combination wrench and a toolbox. I generally fight tooth and claw for the race car, but I could care less about the delivery truck. I got my eye on the impact wrench.

Like I said the spots you land on have changed. Instead of the Utilities, Water Works and Electric Company, we’ve got Franchise Opportunity and Second Franchise. Railroads have been nixed (honestly who the hell buys railroads in the real world anyway) and are now vintage Snap-on delivery vans.

Baltic Ave and Boardwalk are nowhere to be found. In their place we’ve got properties named after, you guessed it, tools. They’ve got names like Torque Trail, Pliers Place, Micro Way and Boardwalk’s replacement, Scanner Blvd.

Go, Free Parking and Jail are all still there, but they’ve added additional text to the Go to Jail card. It says, “Borrowed Tools Without Asking. Go to Jail.” Because apparently in this alternate universe simply borrowing Bob’s socket wrench is enough to get your ass in handcuffs. Cool. Lesson learned.

Community Chest and Chance still exist on the board, but all cards have been replaced with appropriately themed text. You might pick up “Used A Screwdriver As A Prybar. Go Back 3 Spaces.” or “Used Torque Wrench on Lug Nuts. Collect $10.” Each card features good ol’ Uncle Pennybags doing something like jacking up the car or loosening the nuts…right. That doesn’t sound dirty at all. 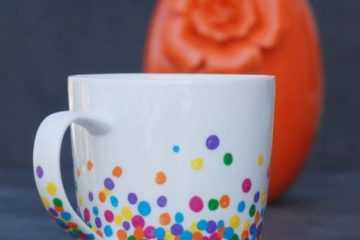 This Zombie Bowling Ball By DV8 Is Absolutely Perfect

This Zombie Bowling Ball By DV8 Is Absolutely Perfect