It’s sometimes that 80’s kids and 90’s all know well: The Oregon Trail. While the historical event was taught to us in school, I’m speaking about the beloved computer game The Oregon Trail.

The game debuted in 1971, and was a smash hit, selling over 65 million copies. You probably remember that Apple II sitting in your classroom and trying over and over to “ford the river.”

The Oregon Trail is such an iconic game that is inducted in the — World Video Game Hall of Fame in 2016. If you’re dying to see if you die of dysentery or can actually ford the river, there’s a new version perfect for parties, and you don’t even have to wait for it to be “booted up.” 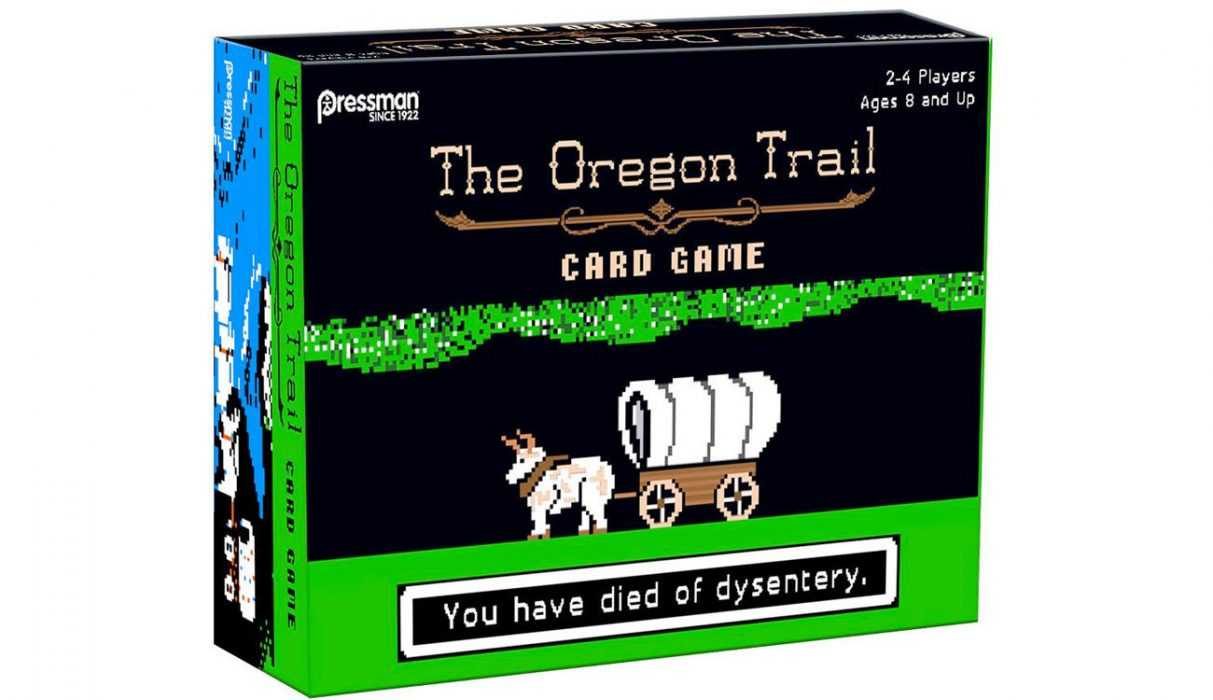 The game is for 2 to 6 players, and takes around 30 minutes a game session. As you can see, the cards feature 8-bit graphics to mimic the vintage game, and you choose a “frontier name” on a roster. The roster backs feature tombstones, which you can write your name on, so it displays like the video game. 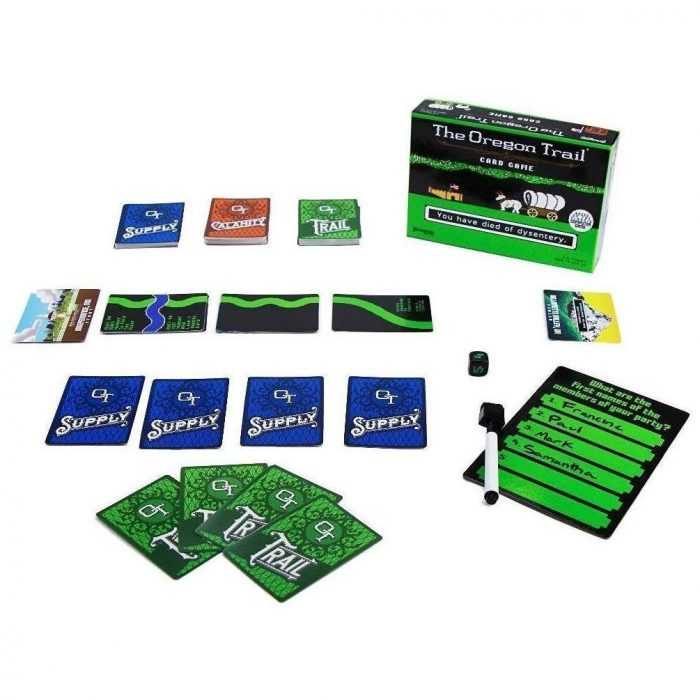 The cards connect to each other, and you need to play 50 cards to win. There are 56 trail cards, with 46 consequence cards attached to them — these are the things that would pop up during the game as a result of your decision. For instance, you may need to roll a die to cross the river, and the consequence could be death.

There’s also calamity cards, which have good ol’ dysentery, dead oxen, snake bites and other misfortunes — some even have you instantly die. You can remedy most of the calamities, however, with a supply card, and these include medicine, clean water and bullets.

As you can see, the cards are very similar to the gameplay you experienced all those years ago when you played The Oregon Trail on the computer.

If one or more players has “survived” after the 50th card is played, then all players win so the game encourages cooperation. If you’re only in for yourself, your character is probably going to have a bad time.

Reviewers say that if you play with just one other person, you’re more likely to die and not reach Oregon, however, when you add more people, the chances increase and it’s more fun as well. The benefit to The Oregon Trail card game though is it’s a micro game that requires very little setup and time to play. 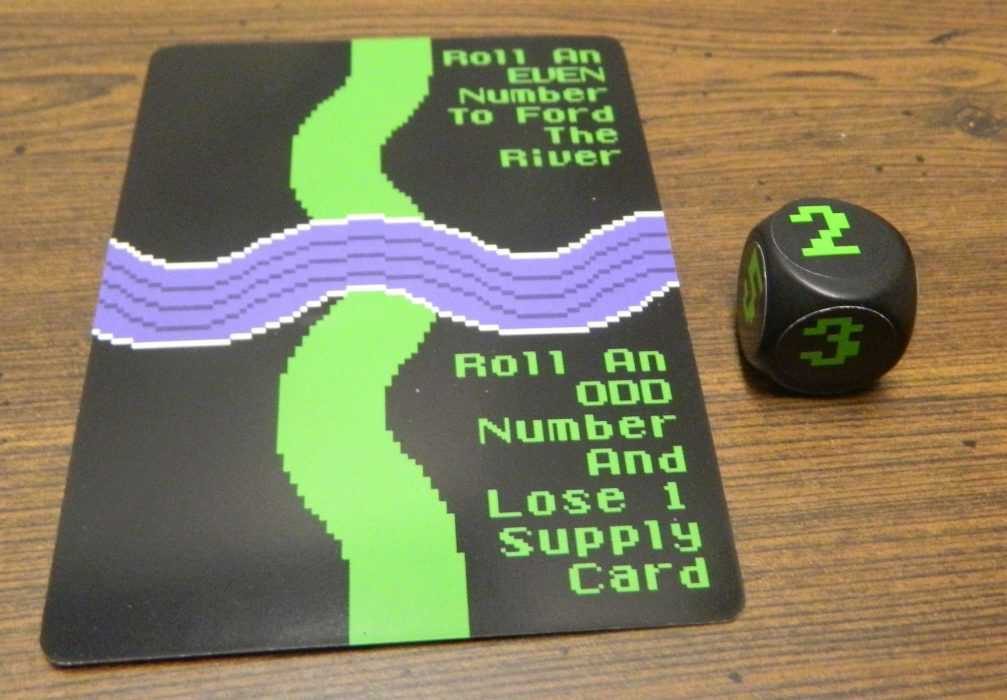 I’d say that The Oregon Trail card game quick, fun party game that’s good for holiday days while waiting for dinner to be ready or if you just want to unwind with a bit of nostalgia. It’s also under $20.00 so it’s a nice stocking stuffer or white elephant party gift. Guess what? The nostalgia continues with Pressman’s The Oregon Trail: The Hunt for Food card game. Buy it now on Amazon.