Dog Only Has Few Weeks To Live, Is Flown 400 Miles To Be With Her Very Last Loving Family

When this adorable shelter dog was only given a few weeks left to live, workers had to act fast. They wanted her last days on earth to be filled with love and happiness. Luckily, they found a home for her where she would get just that. Unfortunately, it was 400 miles away. So one pilot agreed to fly the pooch over and it changed her life forever. 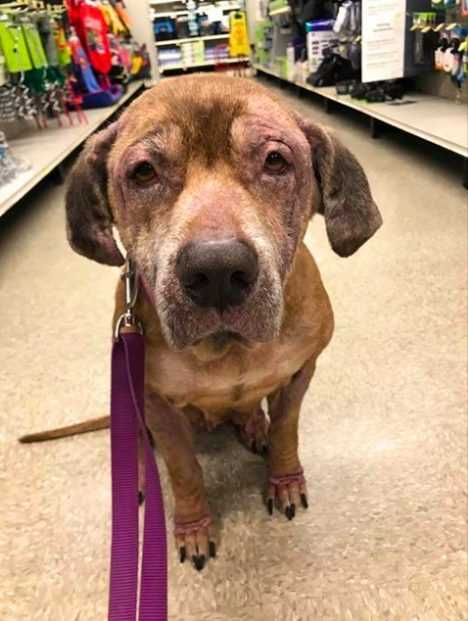 Meet Ashlyn, an elderly shelter dog living in North Carolina. For a while now, Ashlyn’s health has been dwindling. So what’s been going on with her? 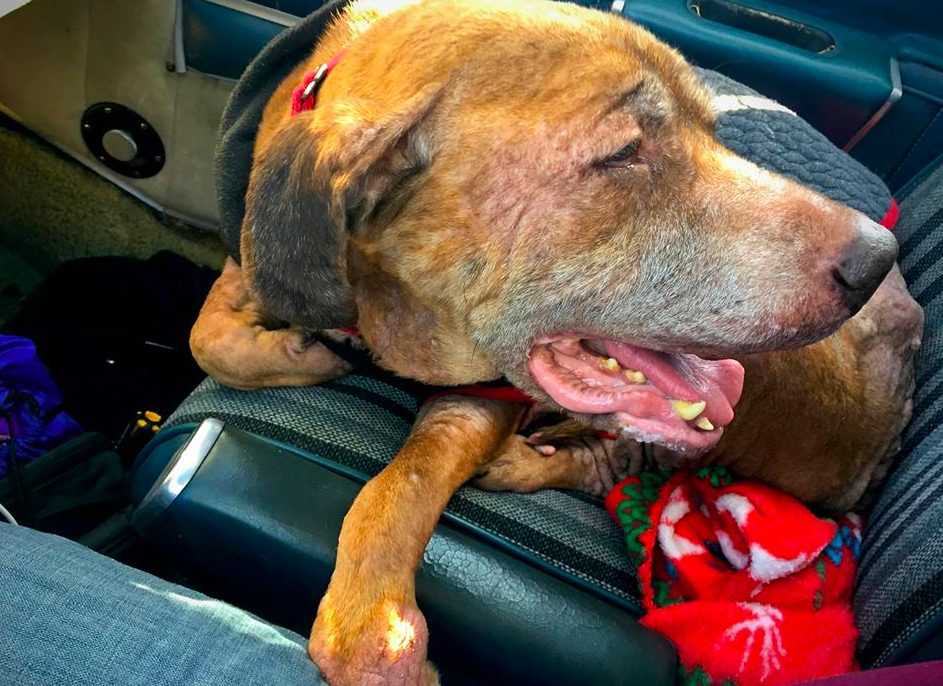 Unfortunately, Ashlyn’s health has been suffering for quite some time now and she has been losing a lot of weight. This is mainly due to sarcomas, which are cancerous tumors that are under the skin. Ashlyn wasn’t given much time left… 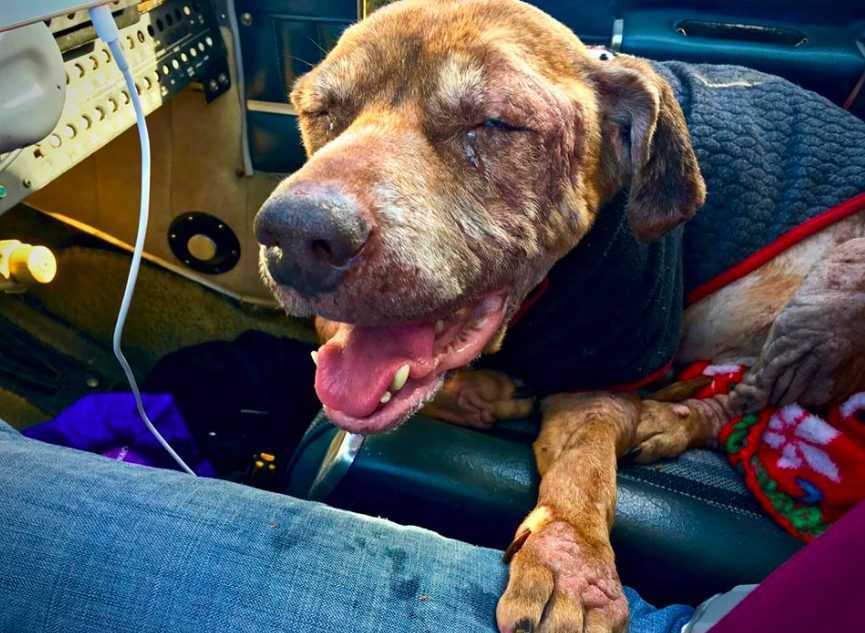 With this information at their disposal, shelter workers wanted to come up with a plan for Ashlyn’s last days. They wanted her to be happy and loved in a home environment. That’s when they came up with the perfect plan! 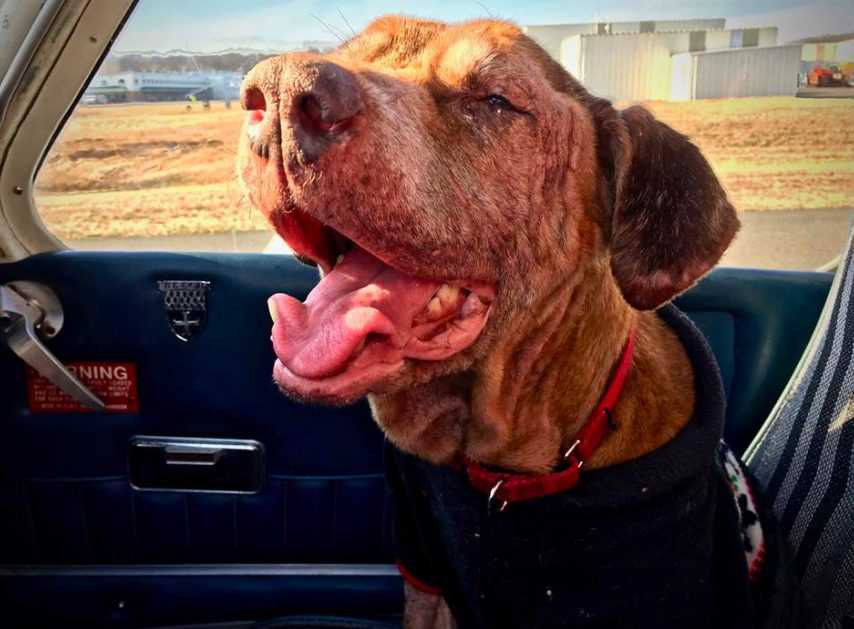 The workers at the New England Humane Society (NEHS) found the perfect home for Ashlyn to spend her last days in. However, the home was nearly 400 miles away from the shelter! So how was she going to get there? 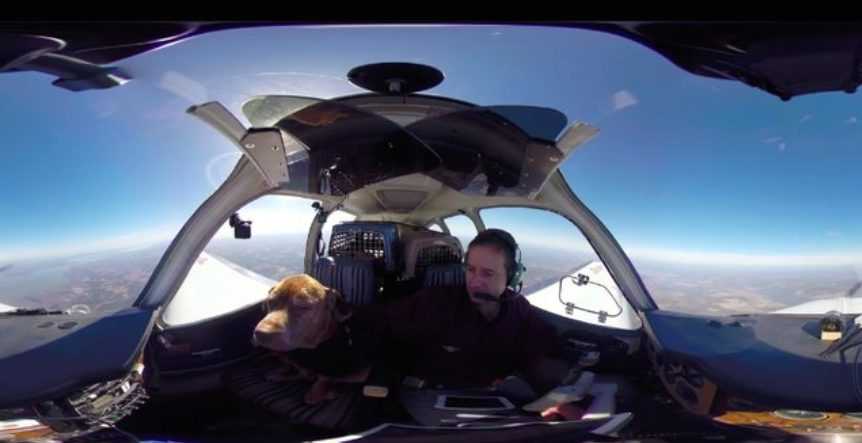 Paul Steklenski, founder of Flying Fur Animal Rescue (FFAR), heard her story and volunteered to fly her over to her new home. It was a dream come true for the staff and especially for Ashlyn. So the got her ready for her flight! 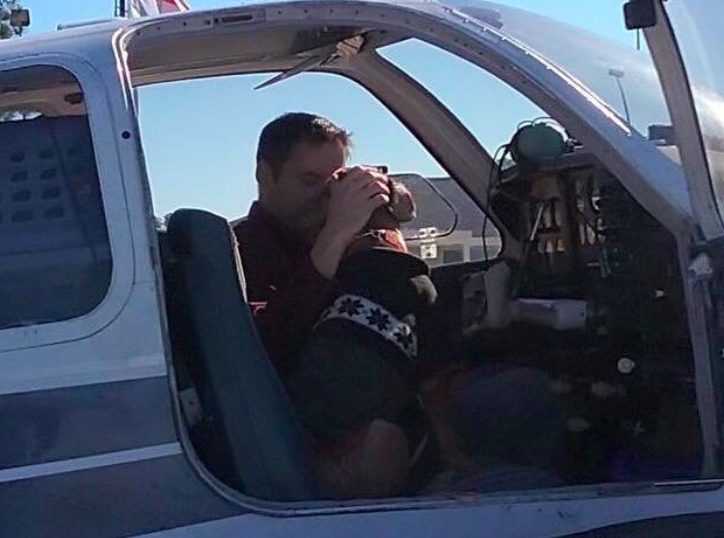 As Steklenski flew the plane with Ashlyn next to him he started to get pretty emotional thinking about her life story and how this could possibly be her last ride anywhere. Steklenski is no stranger to flying dogs either, as he flies about 15 to 30 dogs per month. However, there was something special about Ashlyn… 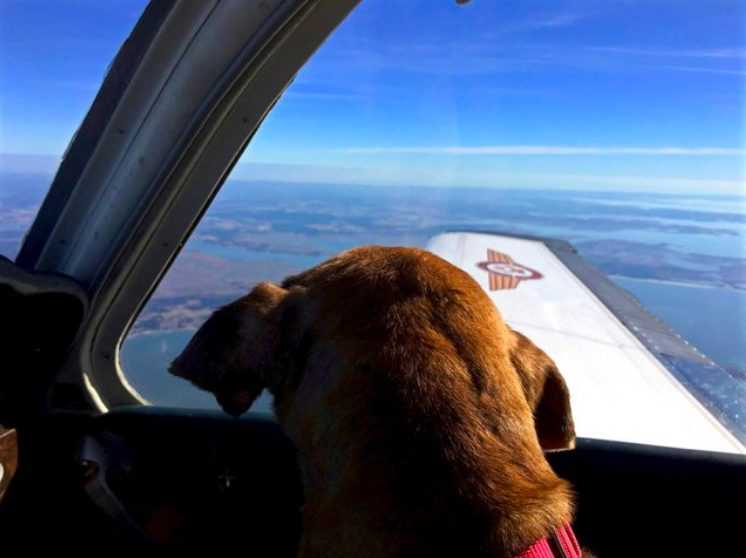 “Those are the ones where you focus even more on what they’re going through,” Steklenski told The Dodo. Steklenski noticed that Ashlyn was a bit reserved in the beginning of the flight, however, as they spent more time together she gradually opened up. 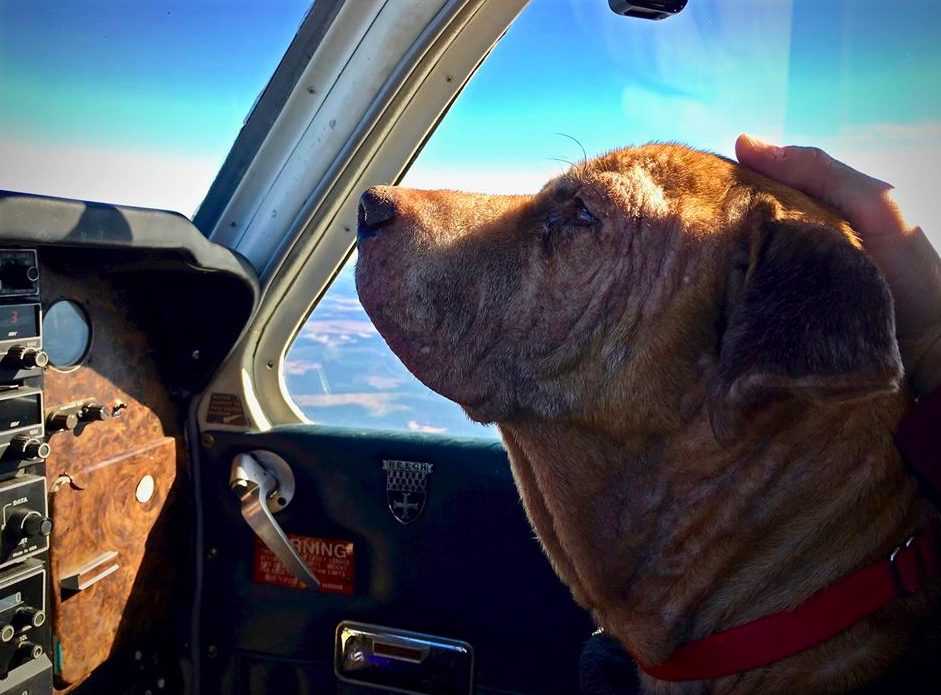 “She started off a little bit distant,” Steklenski said. “Then she would kind open up a bit, and she got closer.” Then Steklenki started feeding her some delicious biscuits and noted, “Then she gave me one paw and then the other.” 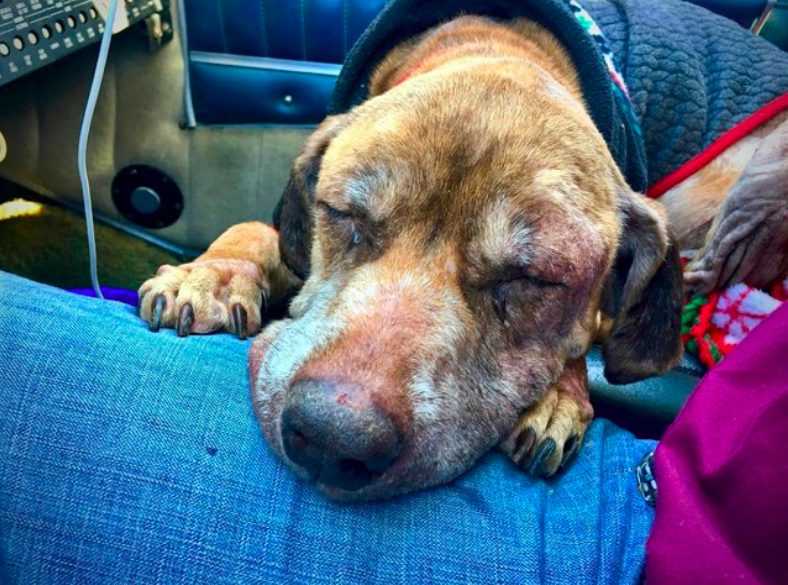 “Then she laid her head on my lap,” Steklenski said. “To me, that’s huge. That’s all that matters. That’s the reward in itself.” So how did Steklenski get into the business of flying dogs over? The story is interesting… 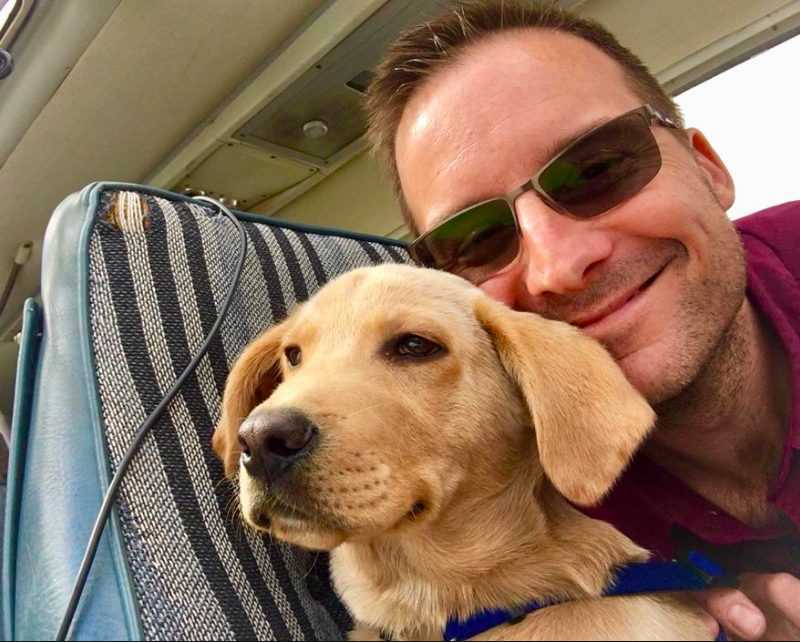 Steklenski started to fly as a hobby back in 2013 and that was also around the time he adopted a dog. Although these things weren’t related at the time, they soon would be in the most unimaginable way. 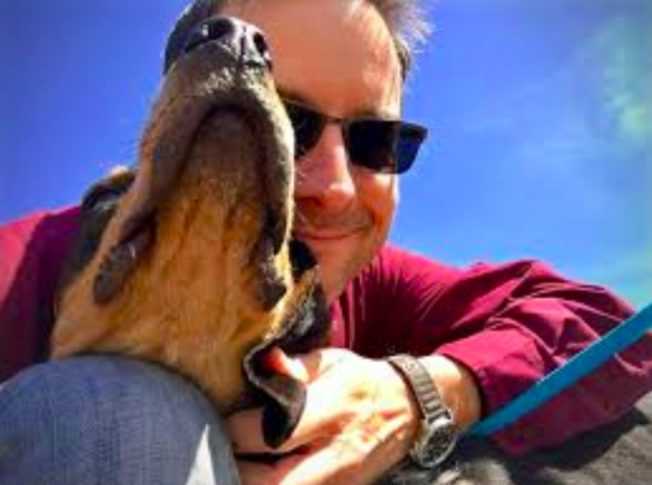 “We went to pet stores and then we went to shelters, and started to learn the difference,” Steklenski told The Dodo last year. When Steklenski saw just how much help the shelter dogs needed he decided to use his hobby to help them in the best way he knew how. 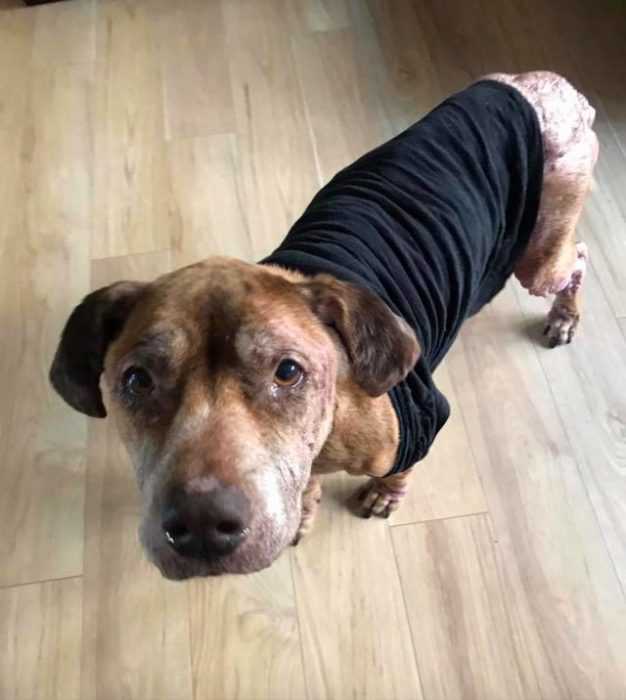 If it weren’t for Steklenski’s generous heart, Ashlyn wouldn’t have gotten to her knew home. And while everyone was expecting her to live out her final days, Ashlyn has been showing great improvements in her health! 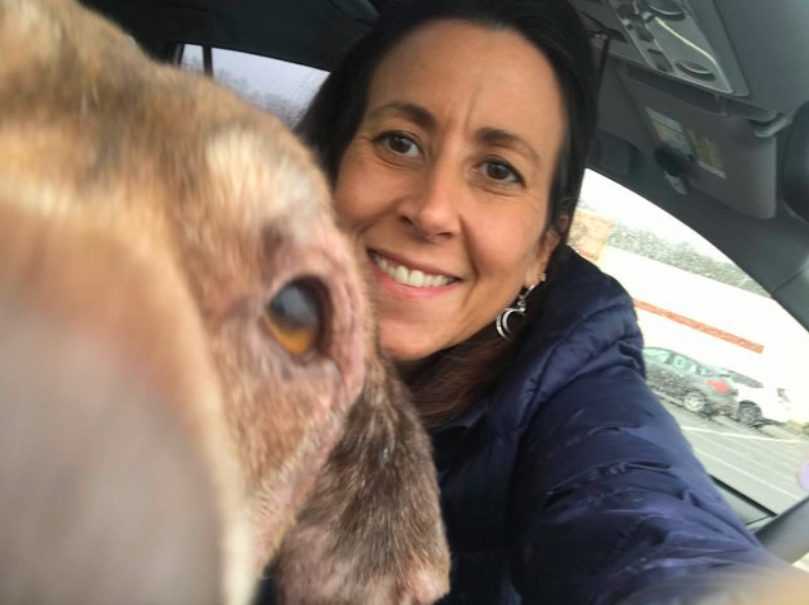 “When I picked her up from the airport, her condition destroyed me,” Tracy Lander, the woman who volunteered to foster Ashlyn said. “She was down to 39 pounds — her ideal weight is between 65 and 70. She came to me with a sweater on — when I took it off, I could see every rib.” 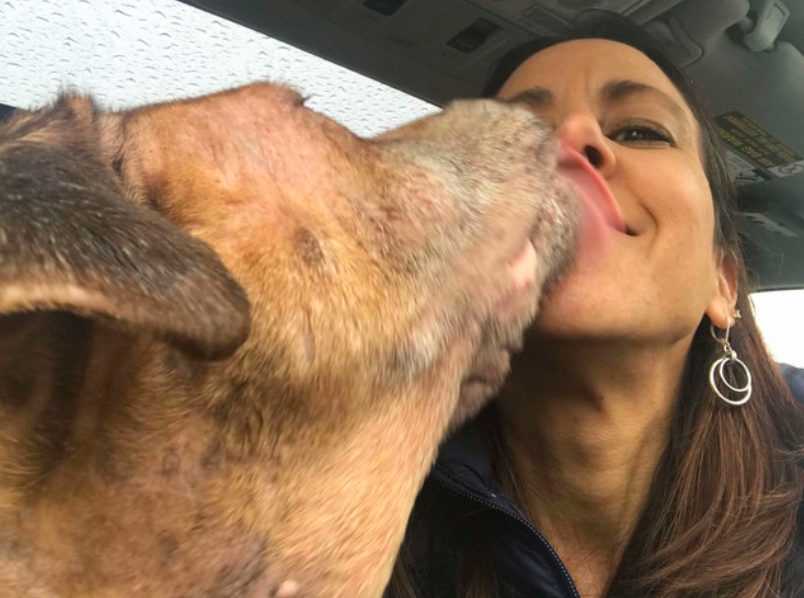 As soon as Ashlyn got into her home, Lander began feeding her three times a day to get her weight back up. She also began feeding the dog supplements for her various health problems. It wasn’t long before she started getting better… 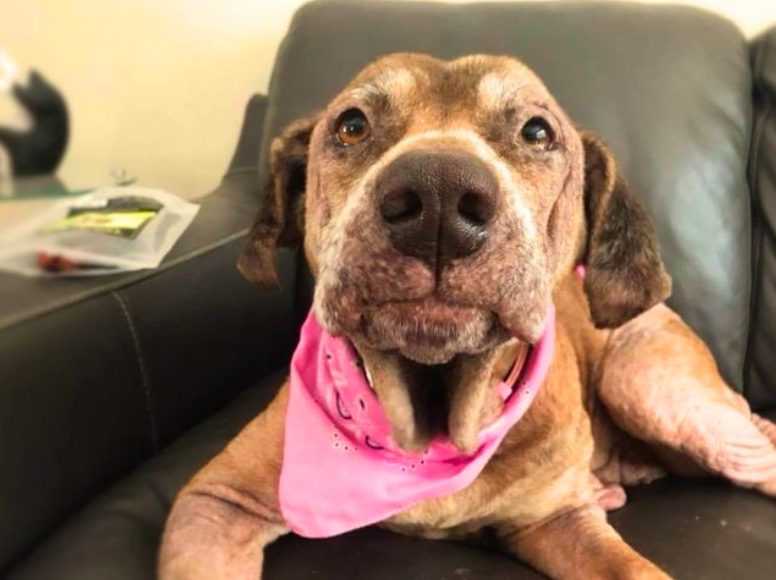 “She’s getting around more,” Lander said. “She’s a great eater … and she’s very attached to me.” Ashlyn has been looking much healthier and she has even bonded strongly with Lander’s other dogs! 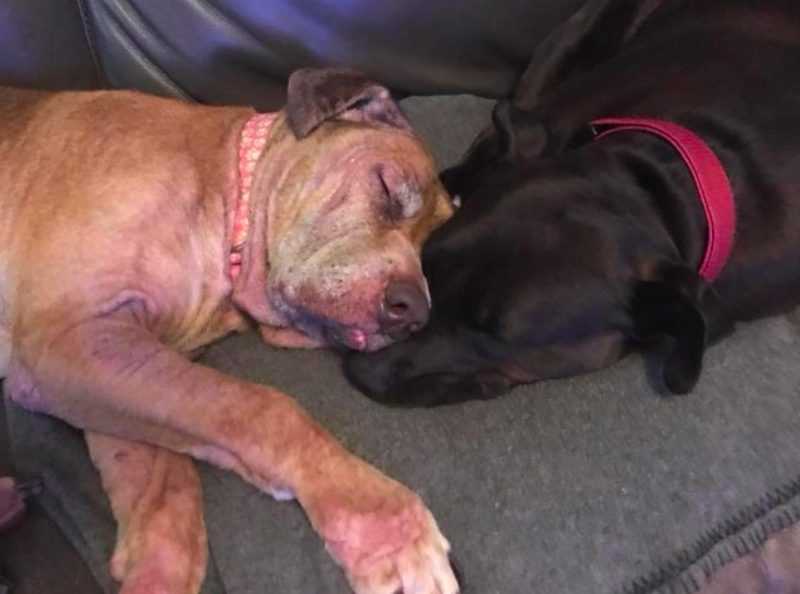 Ashlyn has gotten quite close to Lander’s other dogs, such as Angel who she loves snuggling with. There is also Xander, Lander’s boxer mix, who has become infatuated with Ashlyn and loves licking her! 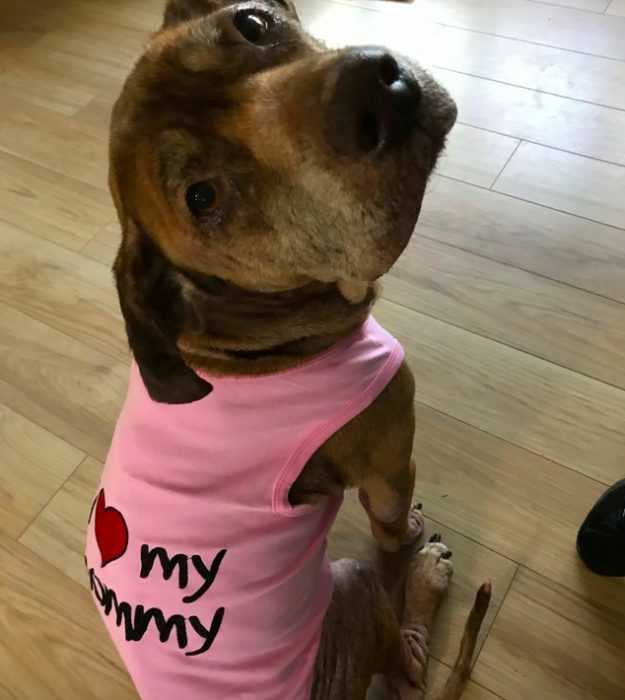 “He’ll go up to Ashlyn and just start licking her,” Lander said. “He thinks he can heal everybody with his tongue.” 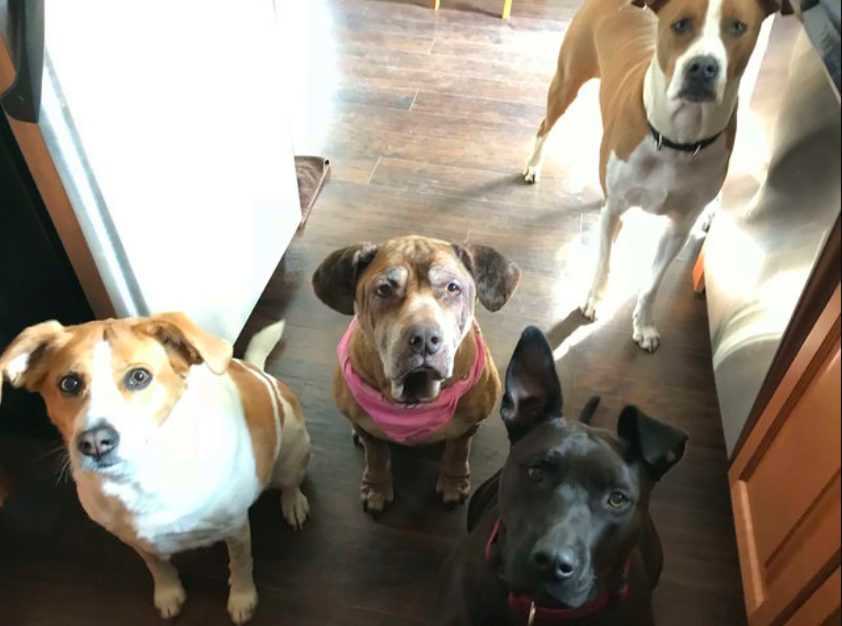 Ashlyn was first brought to Lander’s home in January and no one expected her to live longer than a few weeks. Now it’s April and she has been doing better than ever! “She knows she’s loved,” Lander said. “Whatever happens she knows she’s loved.” 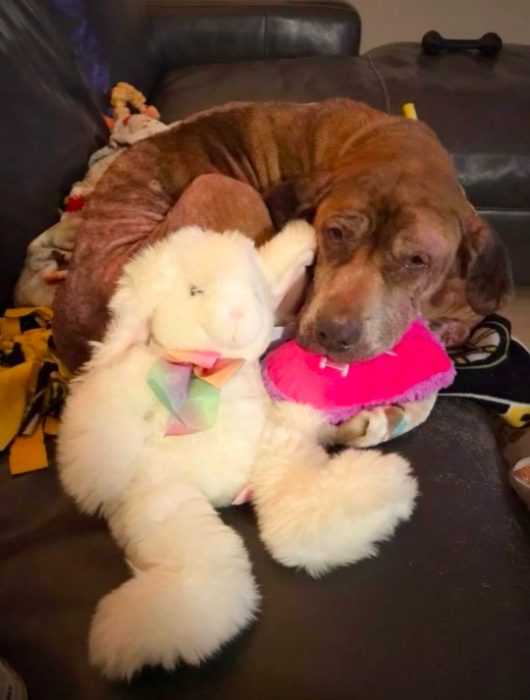 No one would have expected that after stepping off that flight with Steklenski, that Ashlyn would be doing so much better. She went from a very sick shelter dog to an extremely healthy and loved pup that is now part of a family. 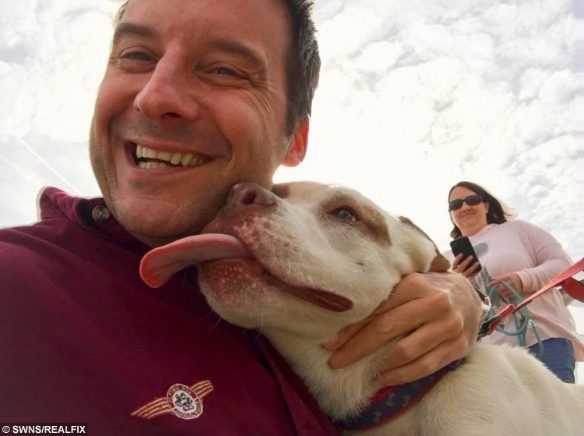 “I never would have imagined finding something so satisfying, so rewarding, that it would eclipse most all else of my time on this Earth,” Steklenski stated. Hearing Ashlyn’s tale has only motivated him further to continue his line of work.