Lonely Baby Walrus Jumps Into Gold Dredgers’ Ship, Gets So Attached With The Crew That He Decides To Stay With Them Forever


You never know what will happen tomorrow and surely you can’t by any means predict it. Hank and his crew couldn’t even remotely believe that this warm day in 2017 would with a new crew member. Let’s discover the journey of Aku, a newborn baby walrus who was accidentally dredged by Hank and his crew! 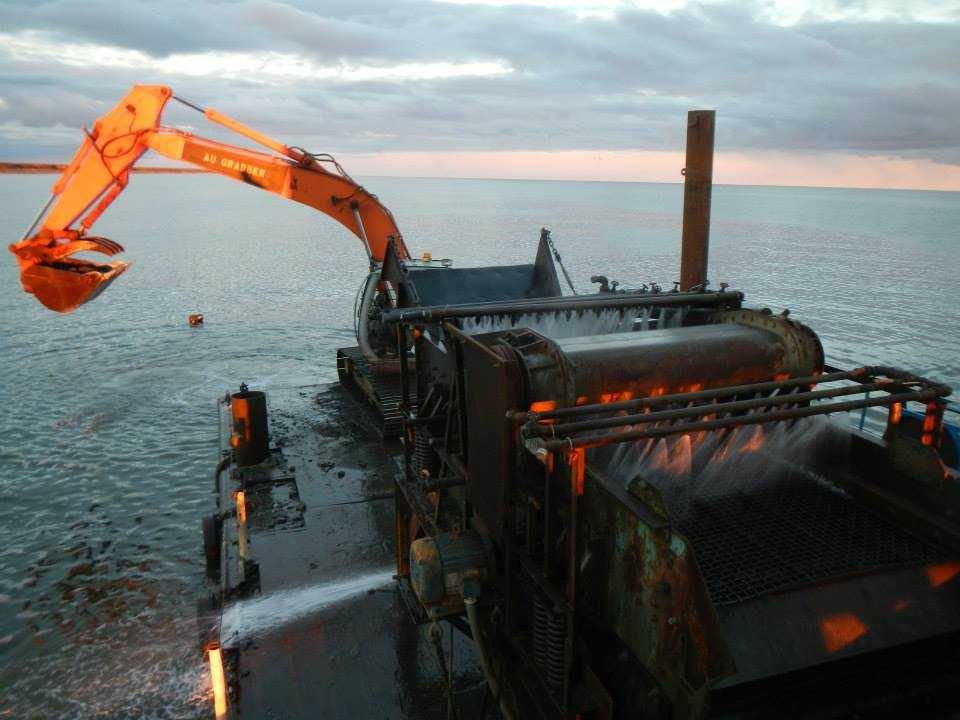 During the last century, Gold dredging has become a common practice in the waters off the Pacific Northwest. Almost everyone there can operate these enormous machines and by dredging in the waters, one uncovers everything that the sea has to offer! 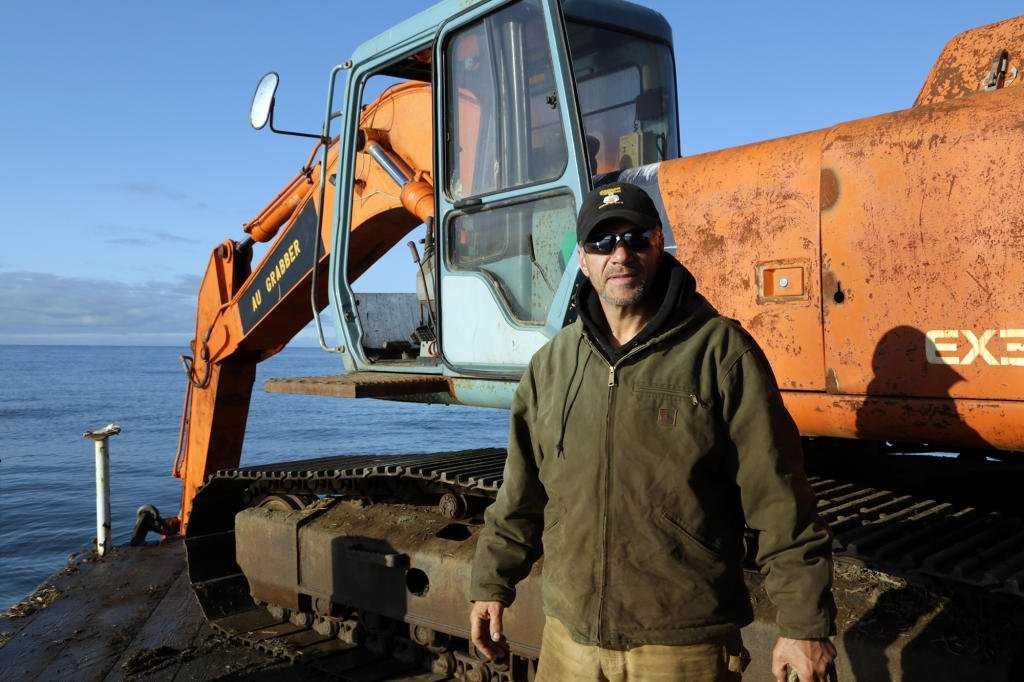 This is especially true for Hank Schimschat and his men who operate this machine every day. Hank started dredging in Nome, Alaska and he devoted his entire life, dredging the waters of Bering Sea. 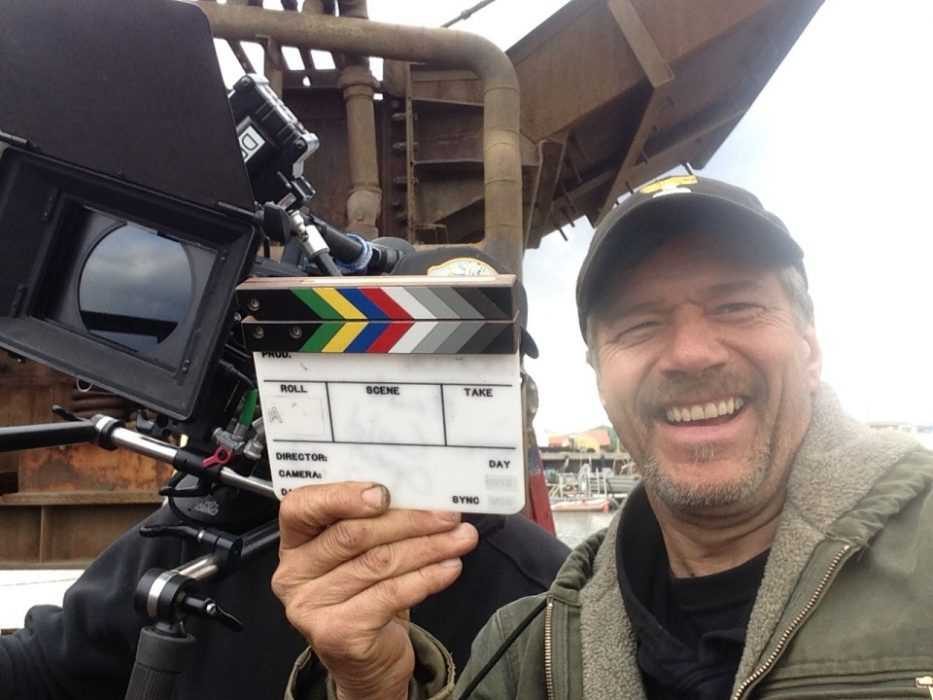 Hank and his crew were featured on a documentary about sea dredging on Discovery Channel named: “Bering Sea Gold”. But the cameras didn’t capture one of the most amazing things that happened to Hank and his crew. 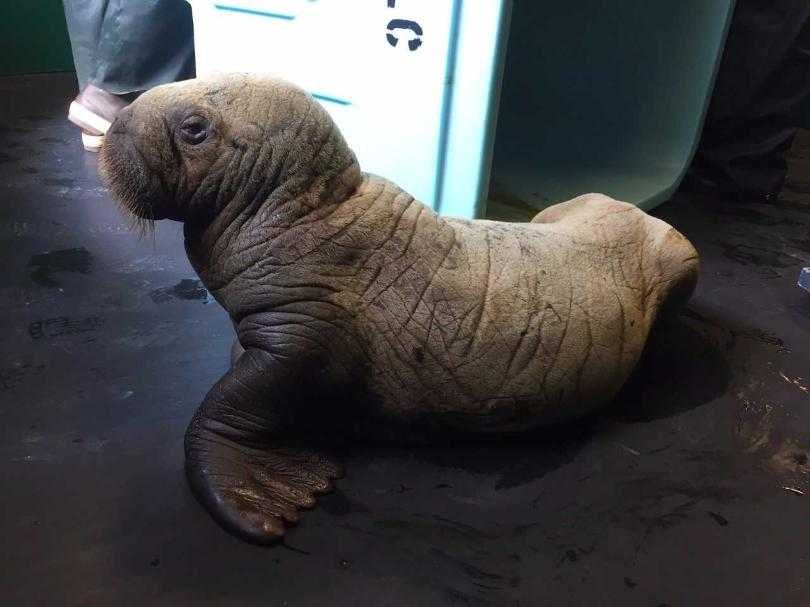 It was a sunny summer morning in 2017 when Hank and his crew welcomed a new member on board… by accident! It appeared that the Au Grabber while dredging accidentally “fished” the most adorable baby walrus of the sea! 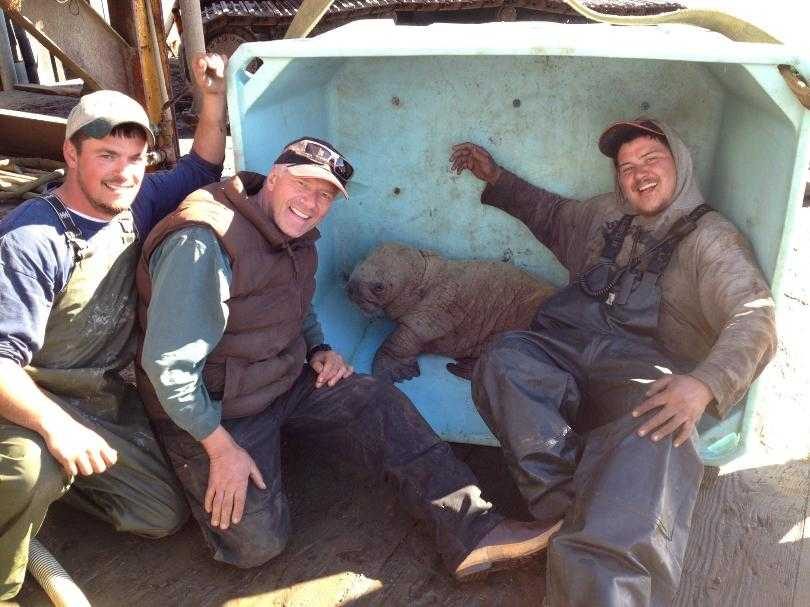 Hank and his crew searched for his mom but after some hours it appeared that the baby walrus was abandoned by his mum and was looking for company. According to Hank, it was like having a full of energy, curious puppy on board! 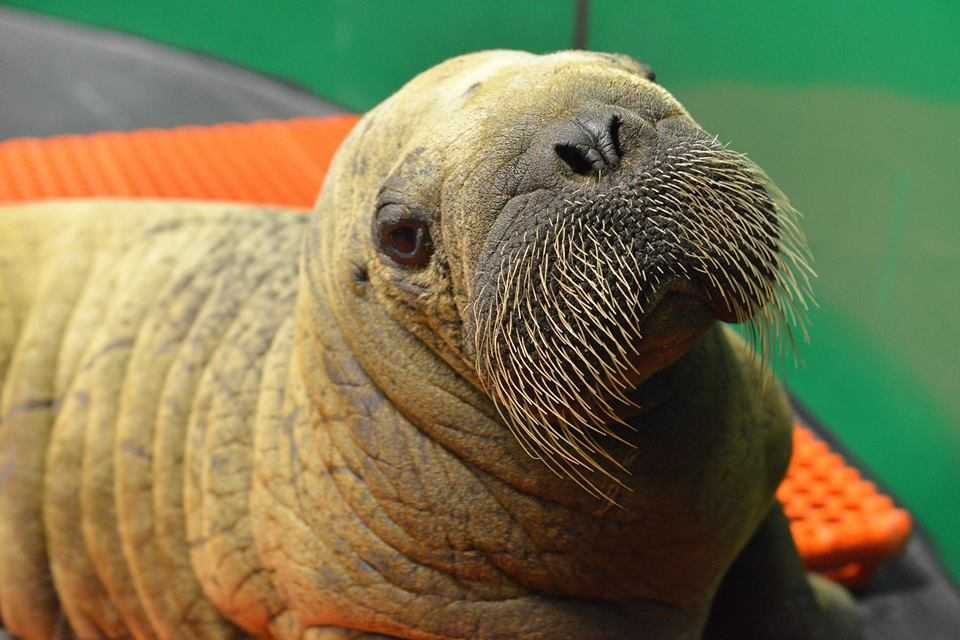 After some hours the crew decided that it would be best for the baby walrus to return to his natural habitat, the sea. They tried to let him return where he belonged but they soon realized that this couldn’t be possible! The baby walrus couldn’t let them go! He fell in love with his new friends! 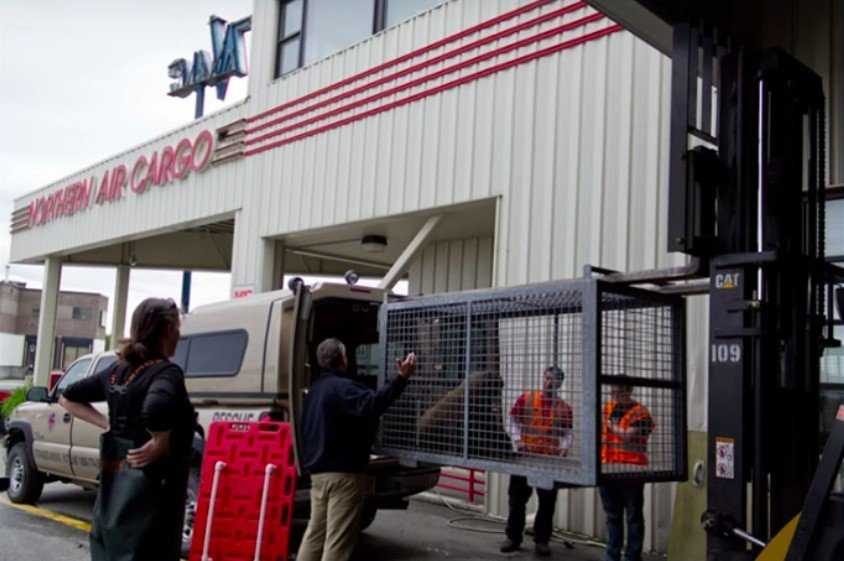 The crew didn’t know what to do. Soon, they decided to take him with them and visit the vet. The crew and the newest member of it got in touch with the Alaska SeaLife Center (ASLC) who specializes with marine mammal. The baby walrus was about to get professional care! 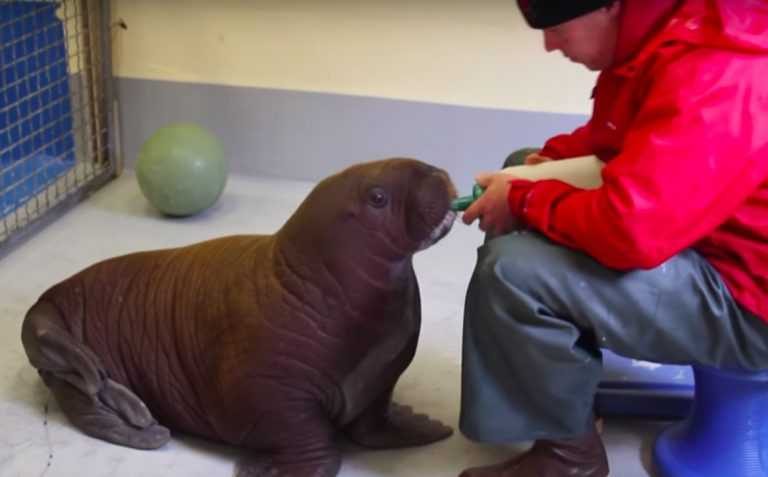 The vet announced that the baby walrus was only two weeks old and was probably lost before the crew accidentally captured him. He was seriously malnourished and careful medical treatment had to be offered to him in order for him to be healthy again. 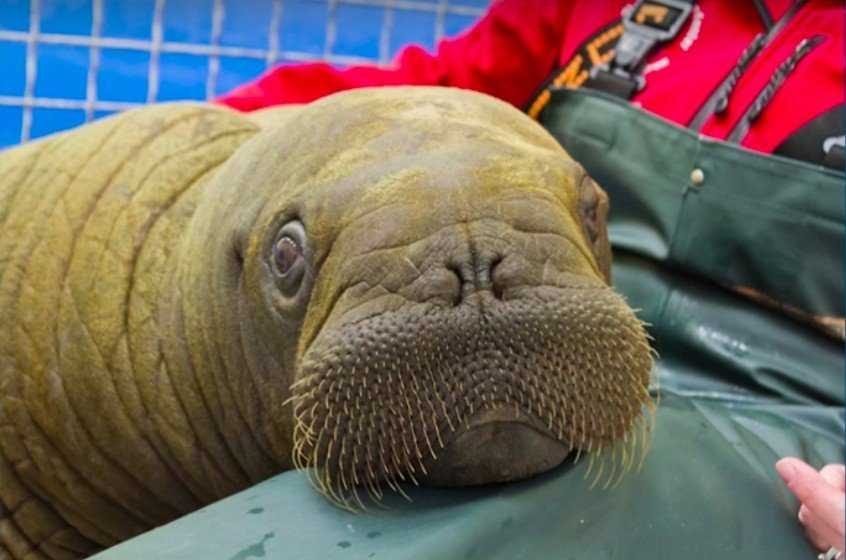 Also, the crew was heart-broken to learn that the baby walrus was either lost or abandoned by his mum. Baby walruses usually stay with their mothers for at least 2 years. It was heart-breaking to know that this little creature had to grow without his mum. But he wouldn’t be alone!

11. He Couldn’t Be Released Back 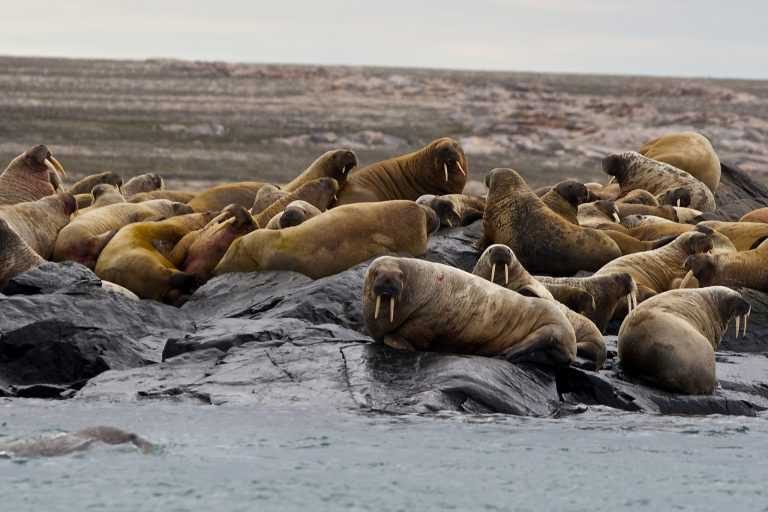 It was this time when the ASLC team realized that the little walrus has become so bonded with the crew member and humans in general, that it would be almost impossible for it to adapt back into the wild.

10. He Couldn’t Survive On His Own 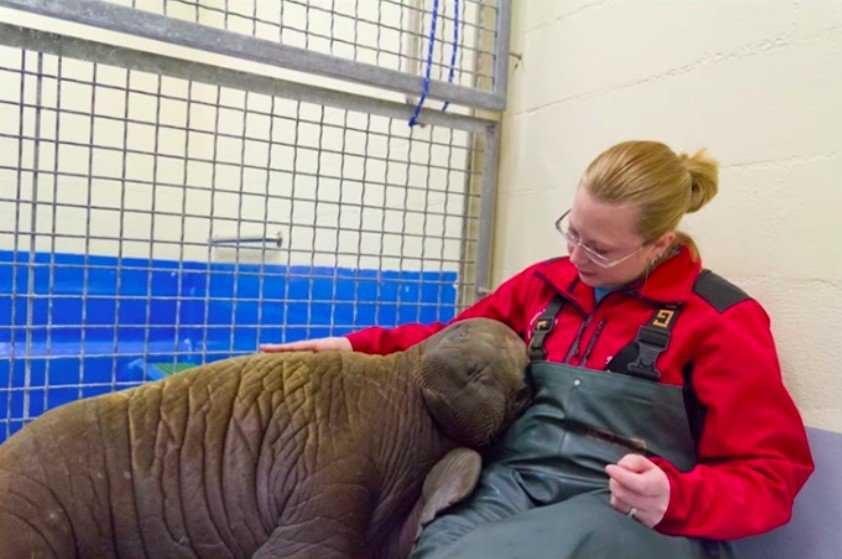 Because of his size, he could be easily rejected by other walruses and he would most probably wander alone in the seas. The team knew that they had to do something for this pup! 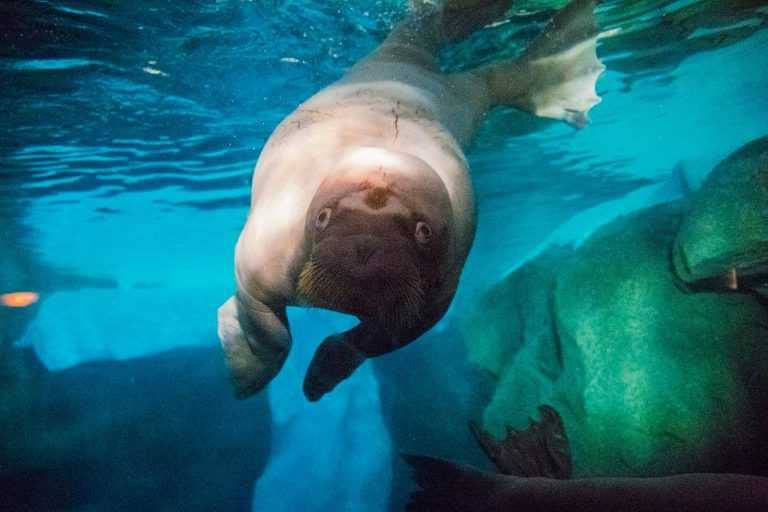 The crew and ASLC members put the walrus into an enormous quarantine tank. The baby had all the space in the world. Even the president of the ASLC Wara Riemer commented that he was more like a giant playpen than a tank! 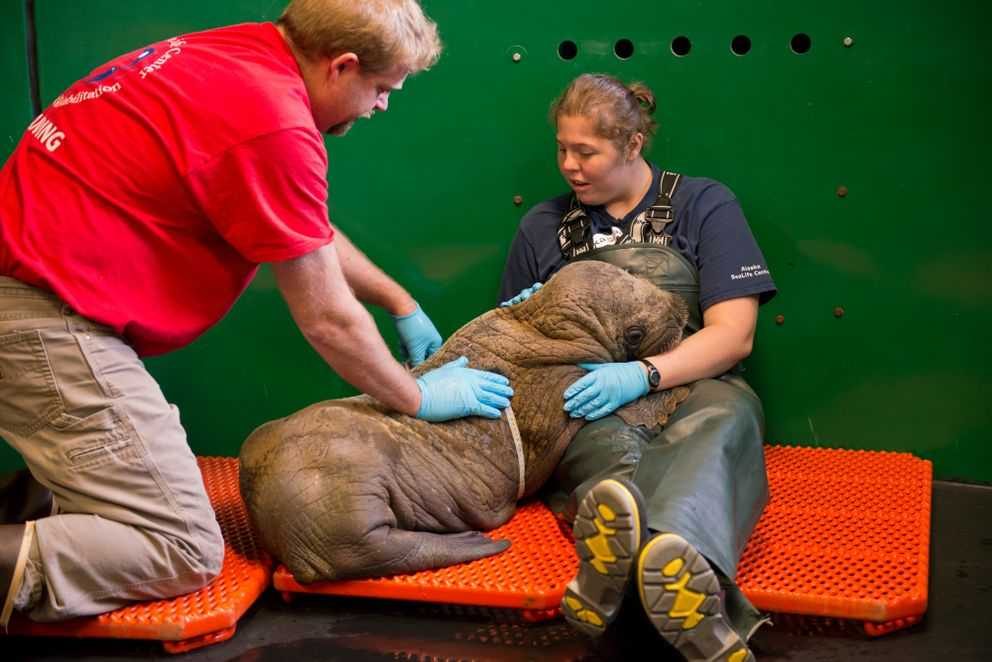 As it was expected, our little walrus started becoming larger and larger as the days were passing by. The ASLC knew they couldn’t provide the walrus with everything he needed in order to have a happy life with a lot of space to move around. He need to be transferred to find his new home! 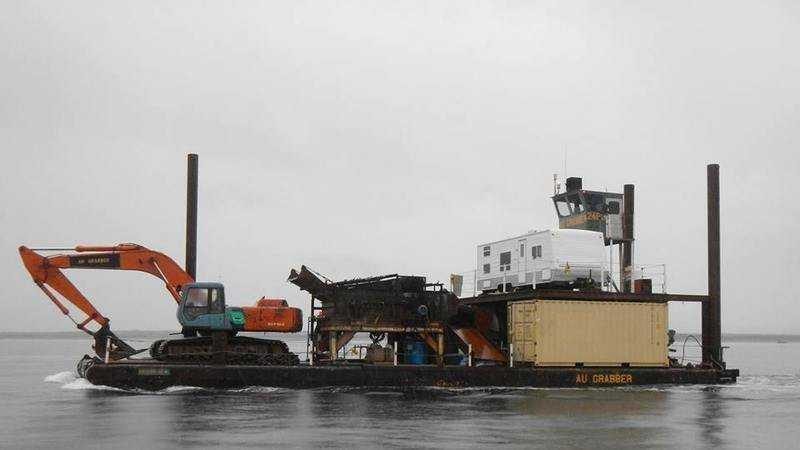 The ASLC started searching in order to discover where would be more appropriate to place the now adolecent walrus. They looked everywhere, even posted some ads on social media in case someone knew something. With the exposure the story got the team realized that the little walrus didn’t have a name, as everyone was asking for it. It was time for one! 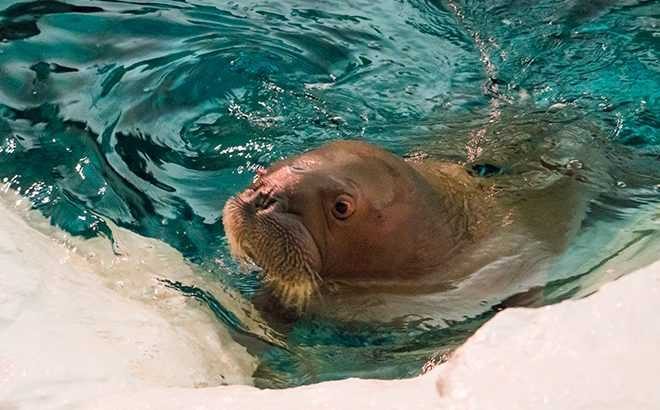 They named him Aku! It was the same day that Aku got his name when someone called. It was the SeaWorld officials from Orlando! 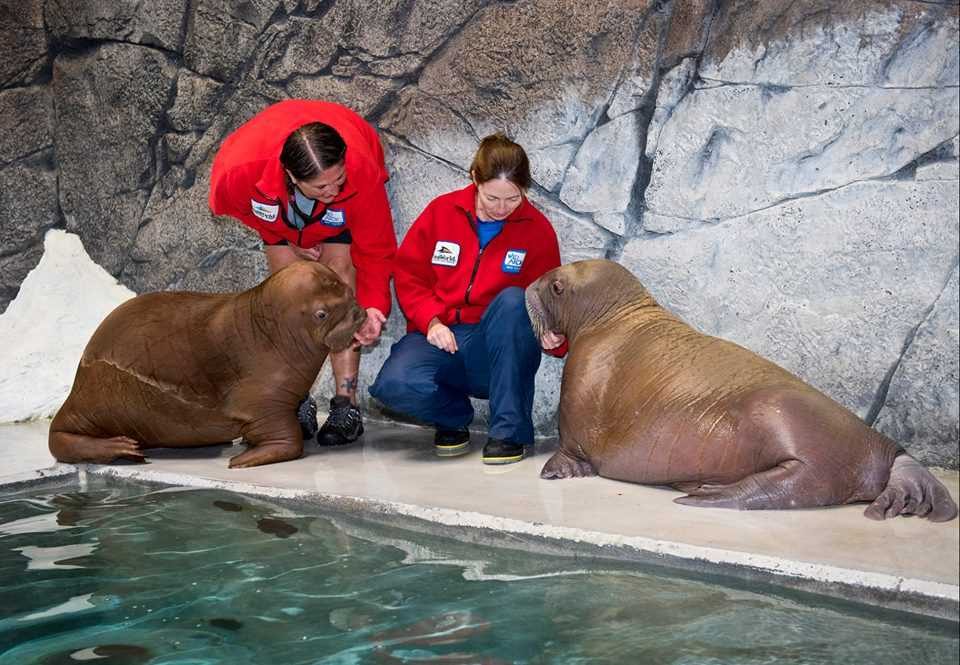 It appeared that the story got the attention of the SeaWorld Orlando who decided to take Aku into their tanks. Aku would also be paired with another female walrus named Ginger! The staff at SeaWorld hoped that they could start a new family in SeaWorld!

After some months, a video from SeaWorld went viral on youtube. As it was obvious, everyone there fell in love with Aku! 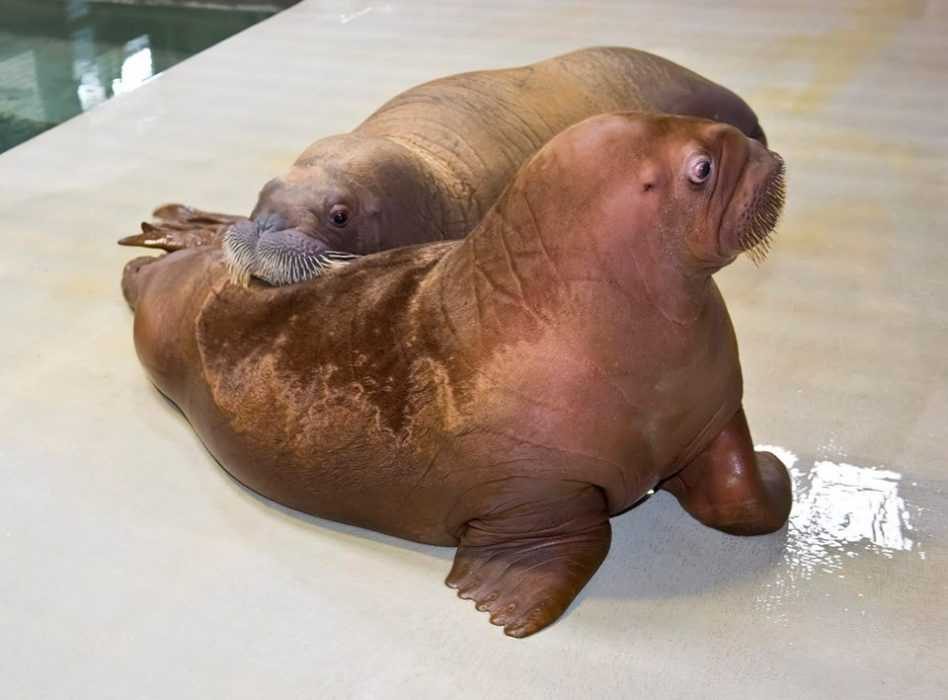 And fortunately, Aku and Ginger fell in love and formed a very special bond! They began to stroll and play in the tanks but and also outside of them! 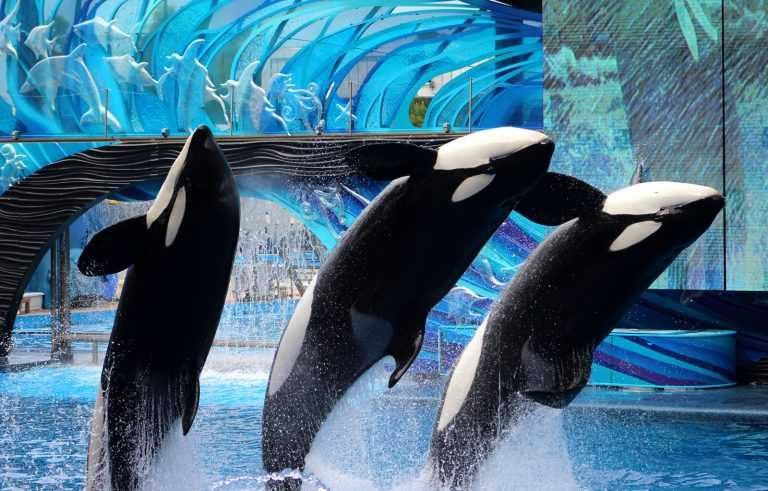 No one expected their story would become so popular that the SeaWorld decided to allow visitors into their enclosure! They were the stars of SeaWorld!

1. All The Love And Affection 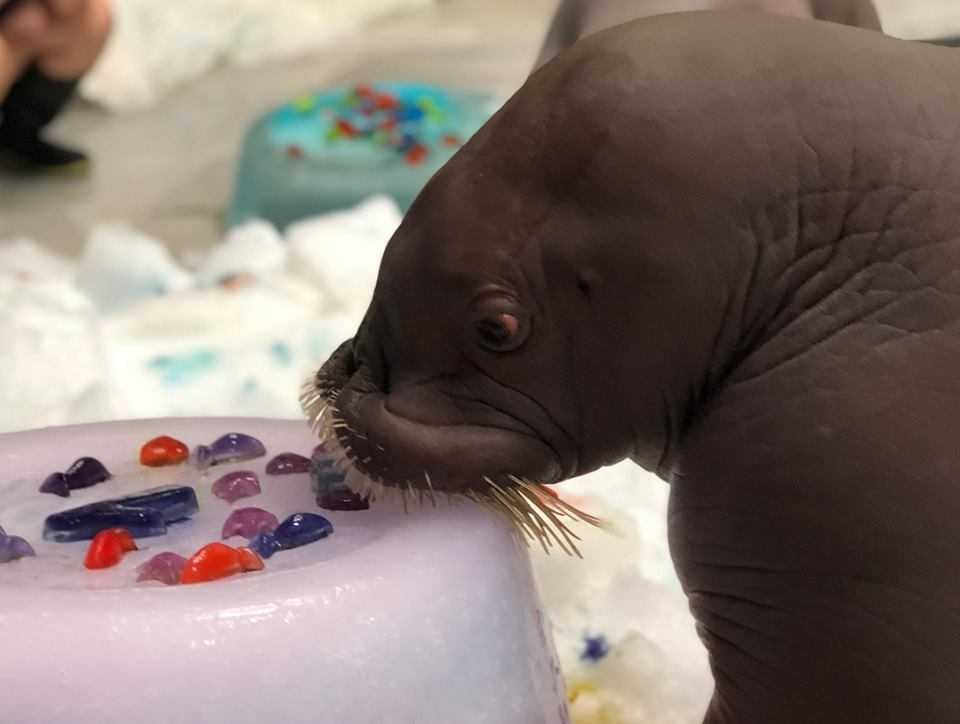 Aku couldn’t be happier! He is in an enormous tank with his forever companion and he’s getting all the love and affection he could possibly ask for from the visitors of the park! Recently he celebrated his first birthday and the staff of SeaWorld reported that he is happier than ever!