It can be hard being born unique, especially when it leaves you prey to bullies. Children especially can be mean to those that look different and bullying is always a huge issue that still needs to be combated. When this young boy found a cat with the same exact condition as him, he knew he had to rescue it. Your heart will break at this young boy’s story and how rescuing a cat helped save his life. 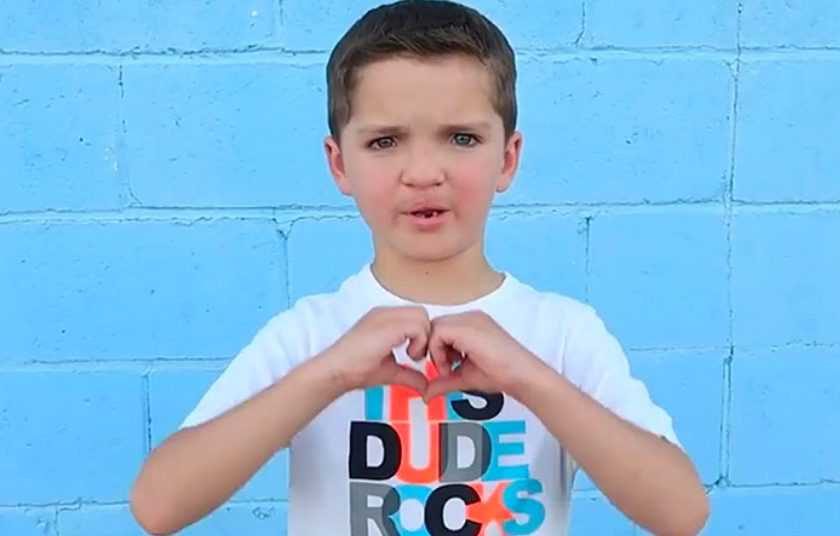 This is Madden, a 7-year-old boy from Oklahoma that was born with a rare condition called complete Heterochromia iridium. He also has a cleft lip. So what is this rare condition? 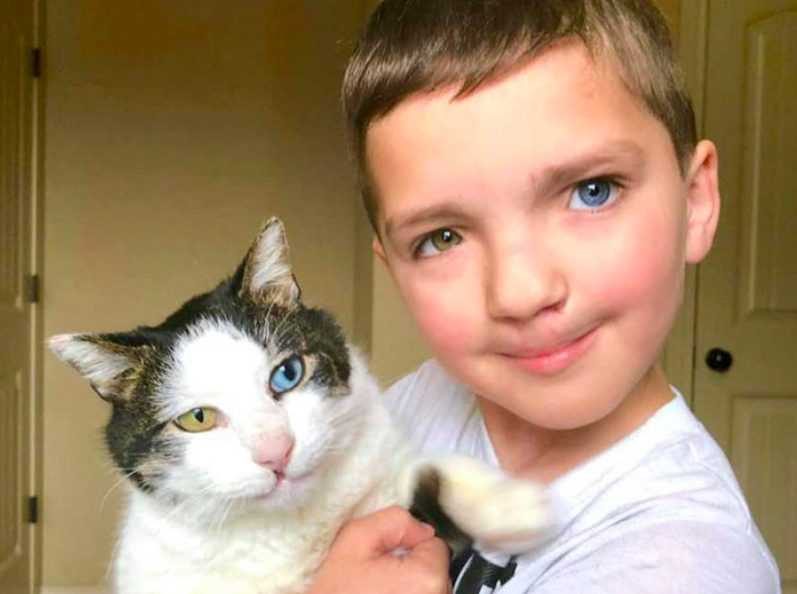 Heterochromia iridum is a condition where the eyes are two completely different colors. It is incredibly rare and only 1% of the world’s population has it. Having a cleft lip is also a very rare condition to be born with. 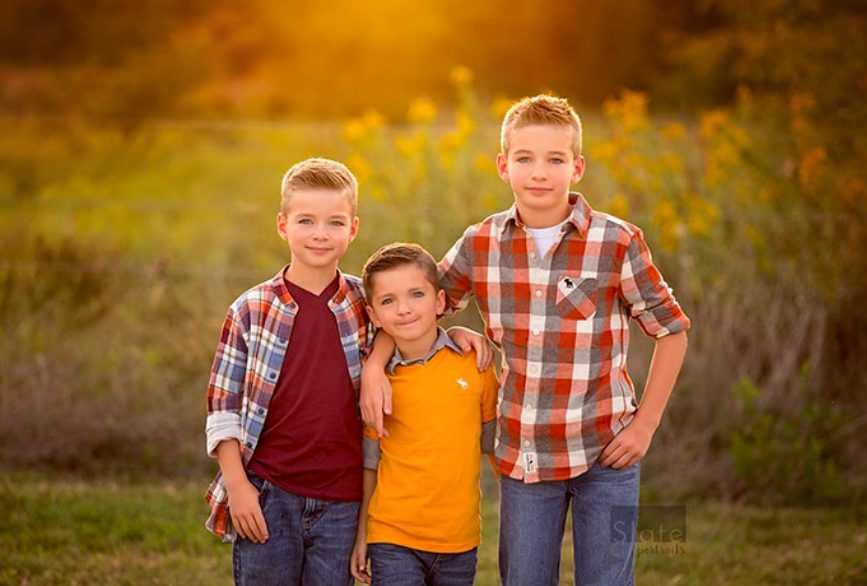 With such rare conditions, Madden has always felt different from the other kids. His mother wanted to find a friend for Madden that would be there for him through thick and thin. That was when she made an amazing discovery… 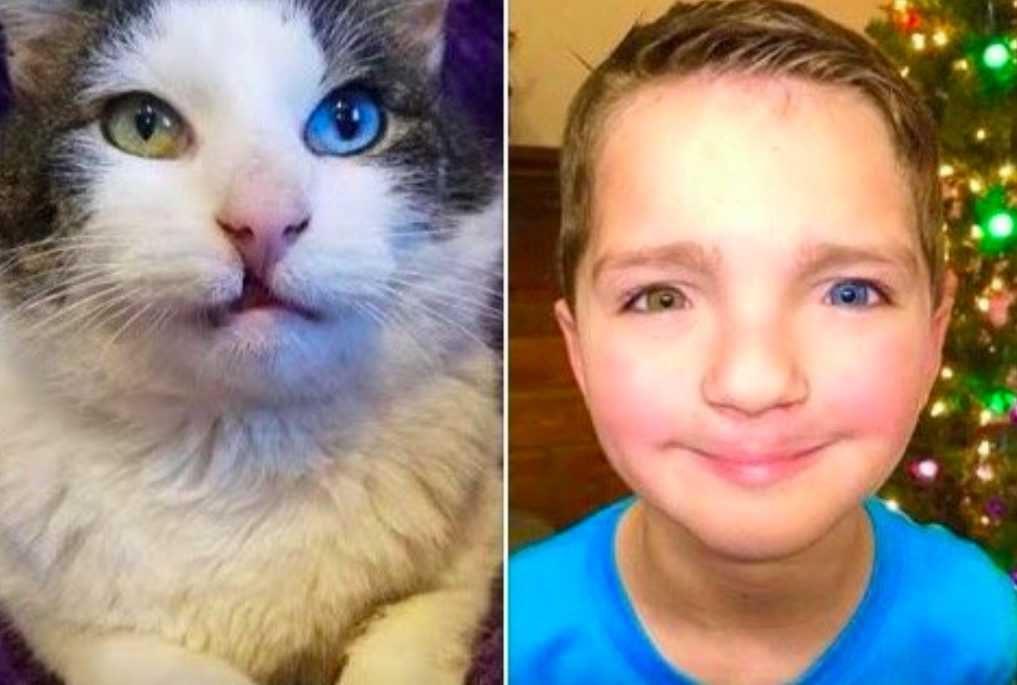 Christina Humphreys was looking through the cleft moms group online when she saw a post about a cat. However, it was no ordinary cat that she saw before her. The kitten was in a rescue group in Minnesota and Christina knew she had to have her. 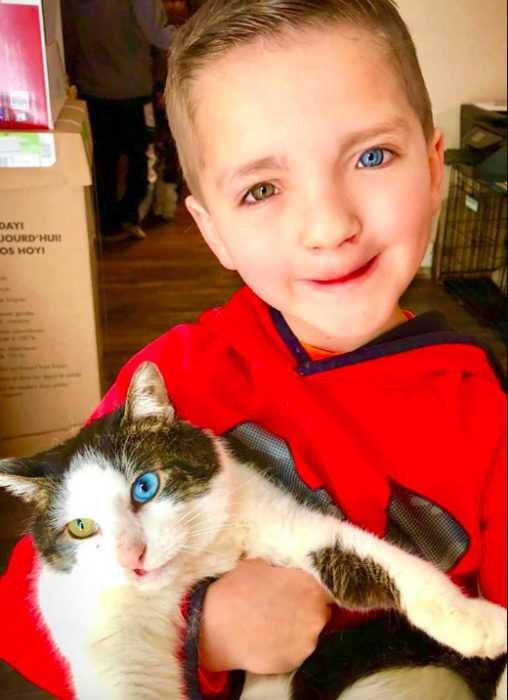 “We knew immediately that this kitty was meant to be part of our family,” Christina wrote. “Not only does he have a cleft lip like our 7-year-old son Madden, he also has complete heterochromia iridum, like Madden.” 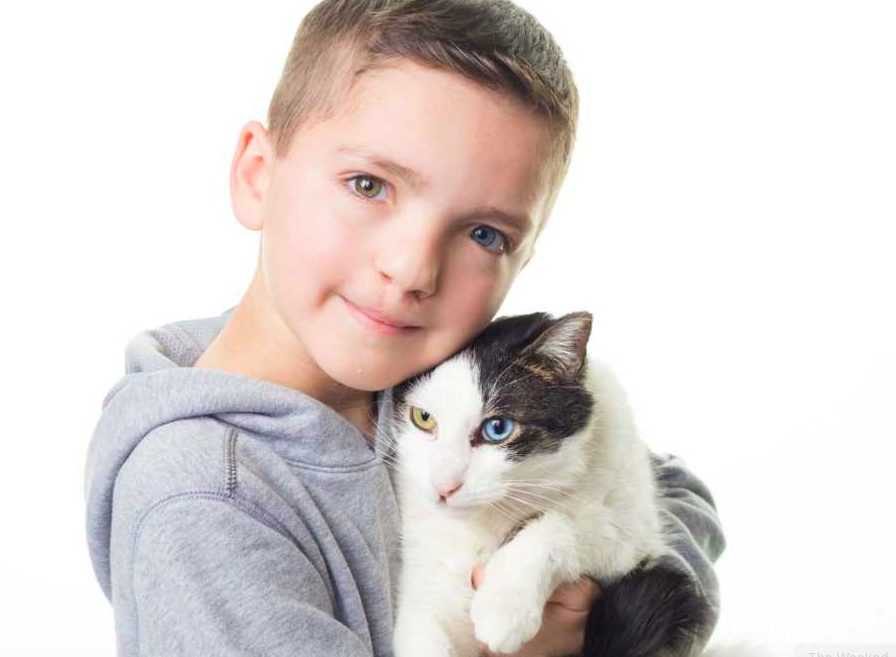 Christina decided from that point on that the kitten and Madden were destined to be best friends. So with the help of friends, she managed to raise enough funds to go on a road trip to pick up the cat. It was pretty spontaneous… 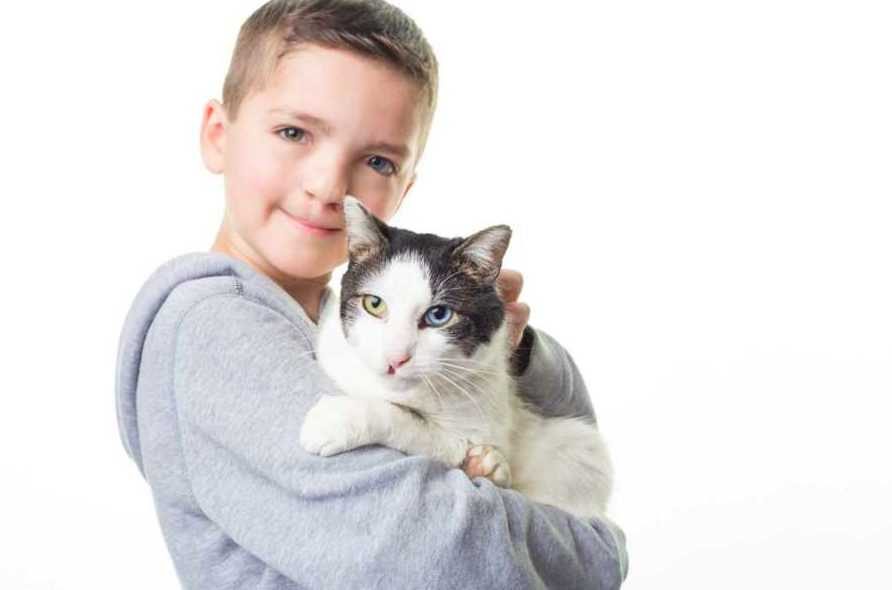 “We’re usually not spontaneous people, but we knew that we were meant to love this kitty. Moon, the kitty, and Madden are the perfect companions for each other.  In a word full of bullies and hateful words, we will choose to chase love.” 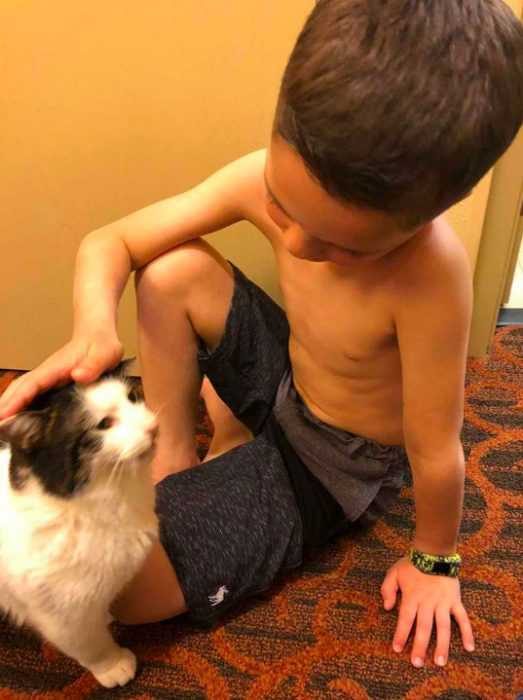 So the family took the long trip over from Oklahoma to Minnesota. When they finally reached the rescue center everyone was on edge. Would the two click right away? 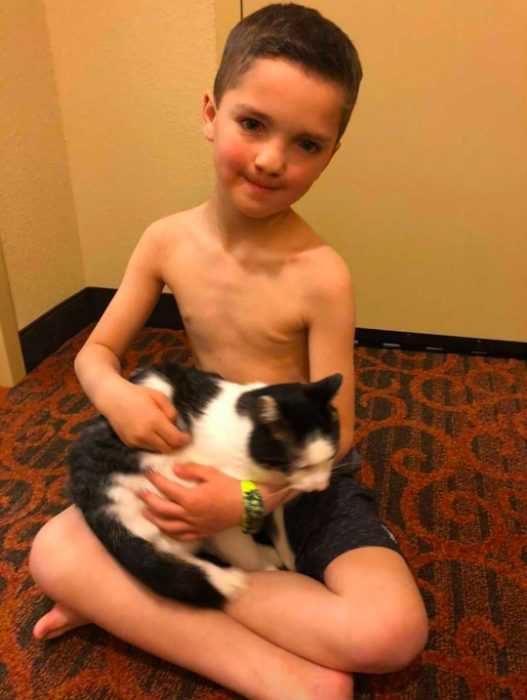 The two immediately shared an instant connection. The kitty immediately snuggled up to Madden and felt comfortable in his arms. Madden knew that this was his new best friend! Christina believes this was all part of a big plan… 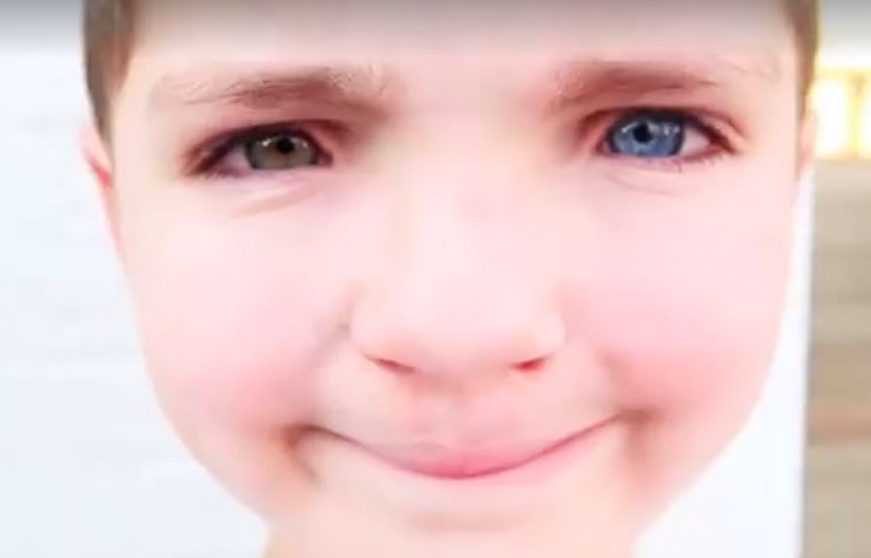 “I’m stunned at how this all played out. It sounds silly, but fate willed these two together. There’s no other explanation. This kitty was so far away from us. I’m amazed that we found out about him,” Christina wrote. 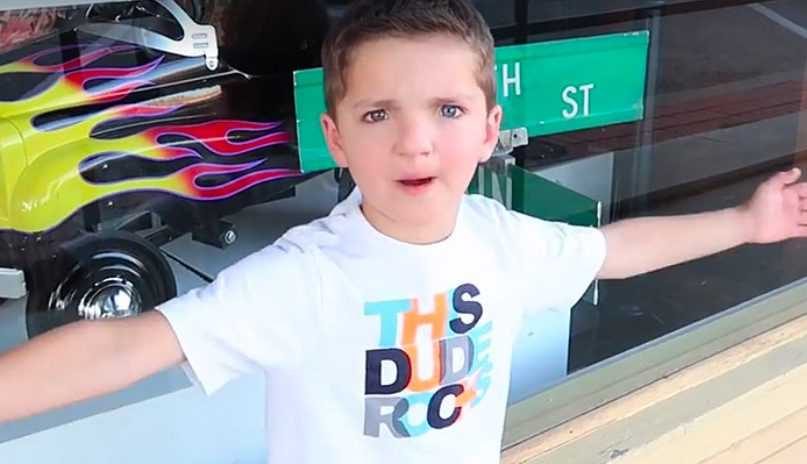 Christina is eternally grateful for Moon and is happy that her son has a companion that he can relate to. She has noticed a serious change in her son’s attitude and Moon has taught Madden that it is perfectly O.K. to be different and unique. 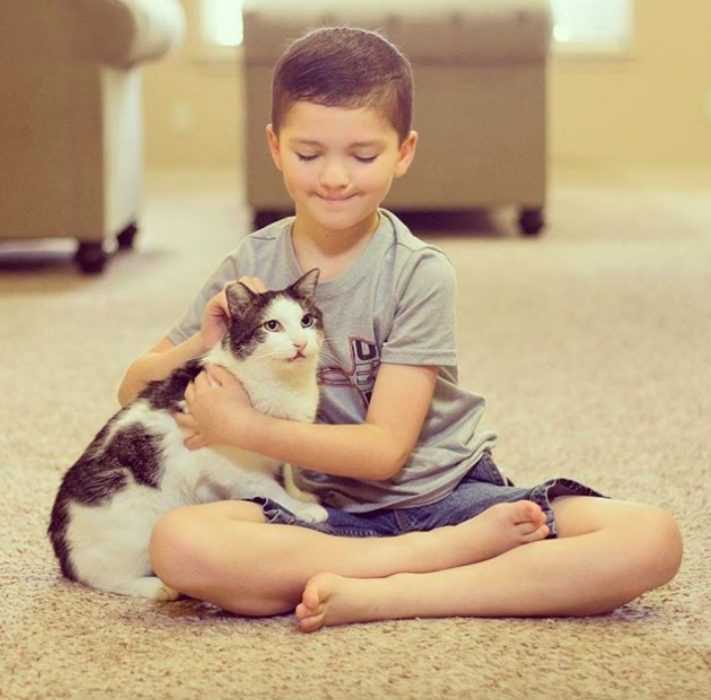 “I’m so thankful Madden has Moon. Not only so that both he and the kitty have a relatable and sweet companion, but also, I hope Moon helps Madden realize that being born unique in an incredible thing.” 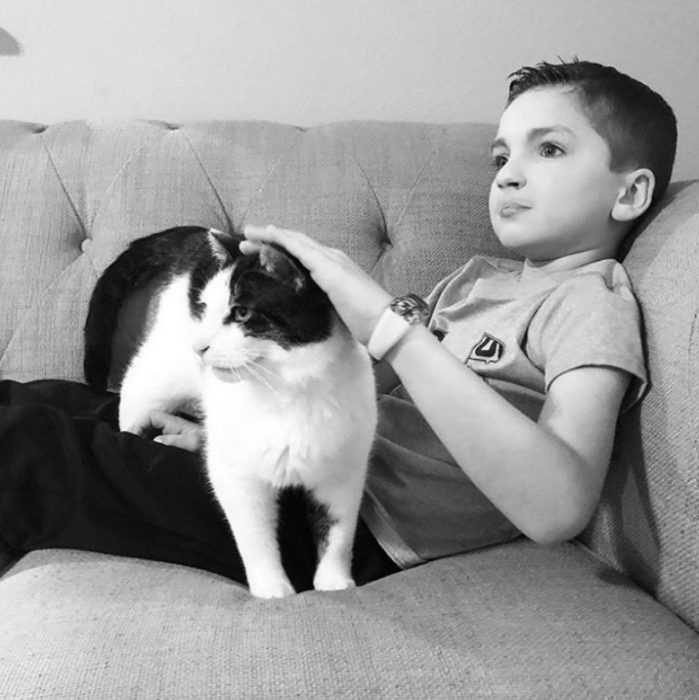 The story instantly went viral when Christina began uploading the story and photos onto Facebook. However, she isn’t looking for fame for her or her son, instead she just wants to bring awareness to his condition and to the issue of bullying. 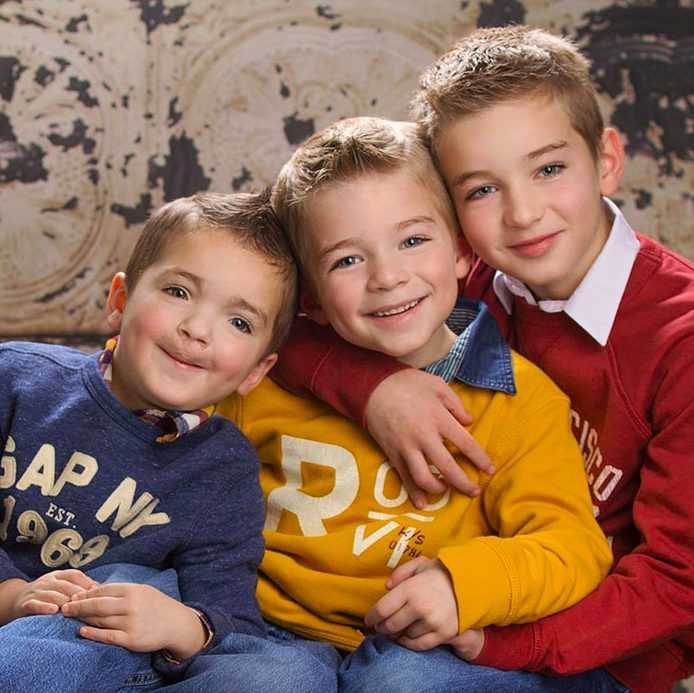 “I had no intention of our family getting attention from this at all, but if anything does get attention, I truly hope it benefits kids with cleft lips, if only to raise awareness.” However, this isn’t the first time Madden has received online recognition… 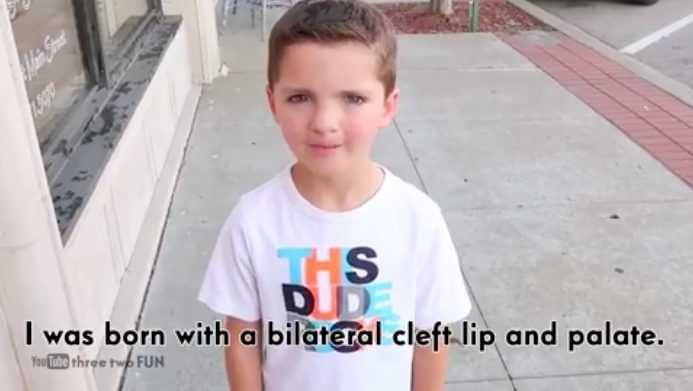 Madden went viral previously when a video of him was shared online. In the video, he spoke out against bullying and how bullying has impacted his life negatively. It was heartbreaking to hear him recall his past experiences. 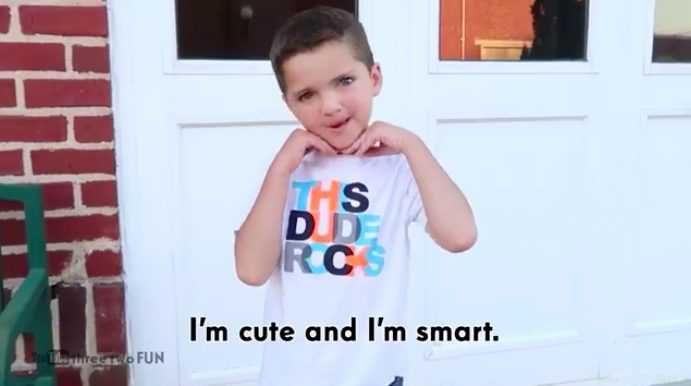 “Don’t be mean to other people that are different. We’ve already been through a lot of hard stuff,” Madden says in the video. “Show everybody kindness! You’re missing out on a lot of awesome people if you’re being a poophead to them. If somebody’s being mean to you, be nice to them.” 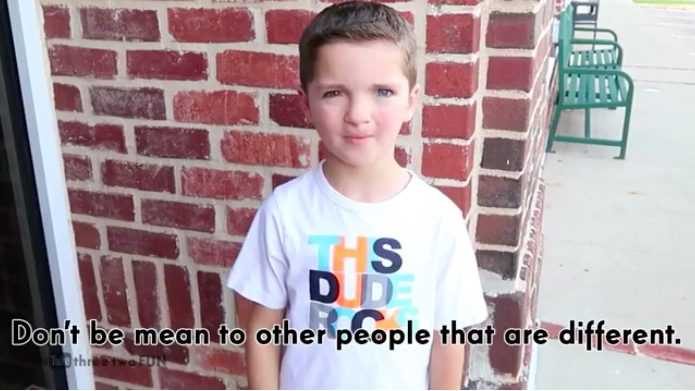 For a while, Christina had noticed that her son’s spirit had been broken by bullies. She was devastated and wanted to help her son in any way possible. That is why Moon’s presence in his life has been so amazing. 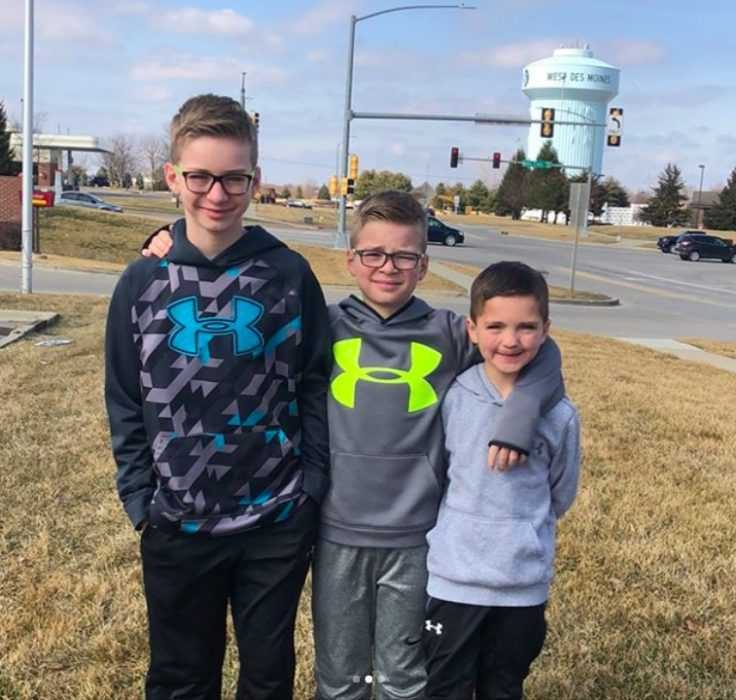 “There were a few kids saying really ugly, mean things to him. It really broke his spirit and he had a rough year,” Christina explained. “The bullying still rears its nastiness once in a while, but the only thing we can do is try to change our perception on bullies, and try to change the way it affects us.” 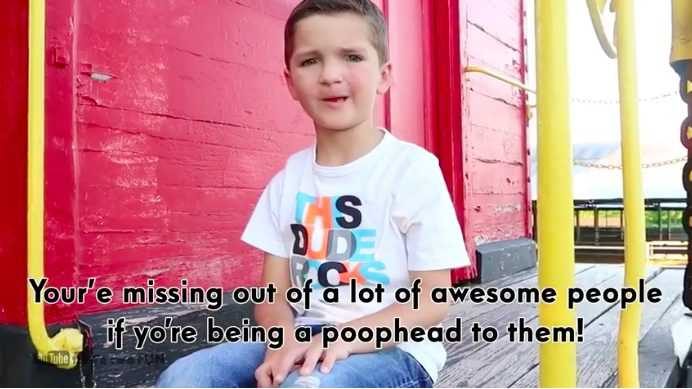 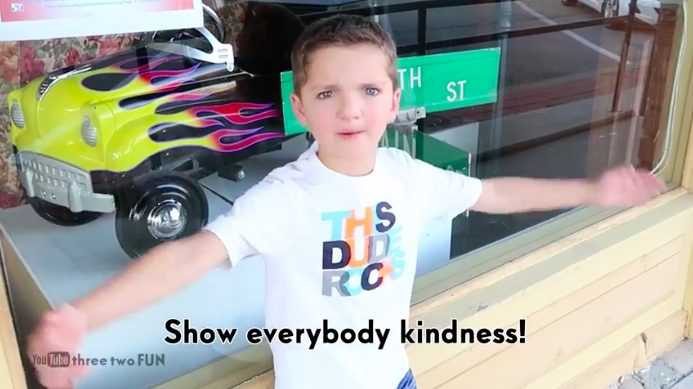 “We’re full of shortcomings, just like every other human, but we will always try our best to show others kindness, even when we face our most difficult adversary,” Christina writes. “I just want Madden, and our other two boys, to grow up to be good people, and have healthy mindsets.”