Rescue Beavers Do The Craziest Thing After Meeting Each Other


Love can overcome any obstacle. That turned out to be true for two injured beavers who first met while rehabbing at the Alberta Institute for Wildlife Conservation (AIWC). The institution helps injured animals recover. Founded in 1993, the AIWC is an accredited vet clinic that admits over 1,600 animals annually. 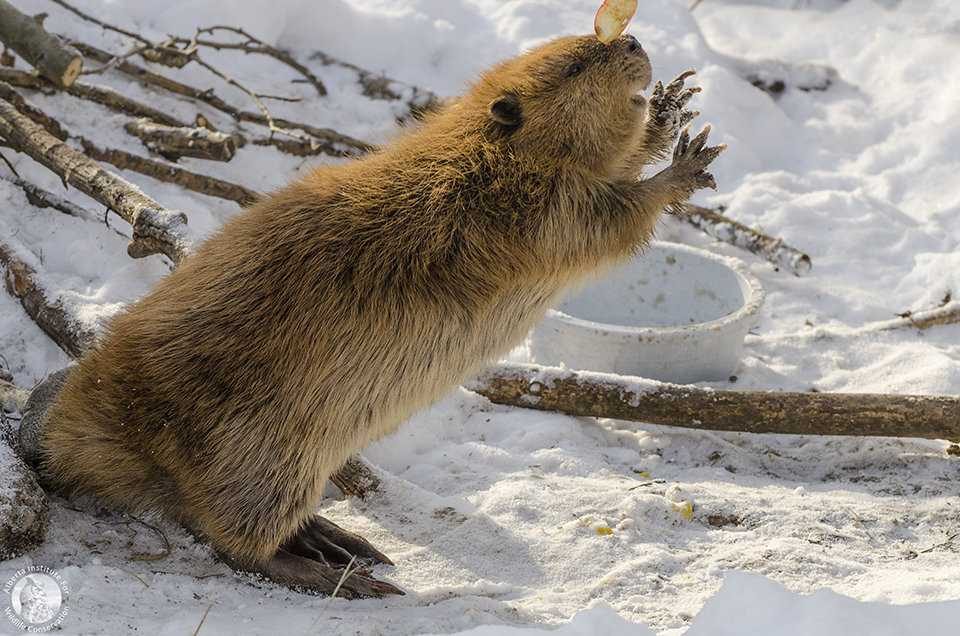 The beaver romance was not even on the radar screen of the caretakers who were responsible for the beavers. The female beaver was just a kit when she was found on a golf course with an injured tail in June of 2016. She was around 4 to 6 weeks old and living in the Calgary area. Kit is the technical term for a baby beaver. 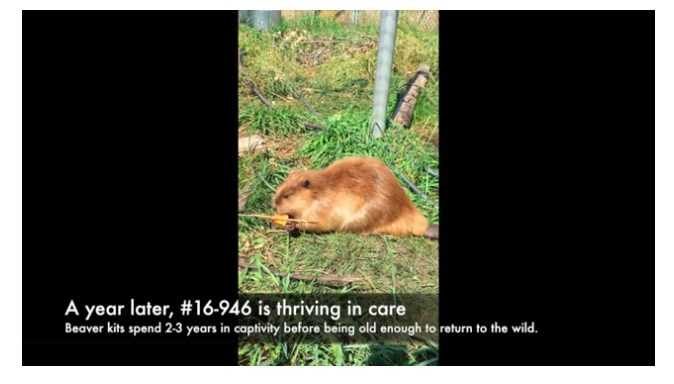 The little lady thrived at the rehab facility. Once her tail healed, she learned how to take care of herself. Rehab specialists let her focus on how to feed and clean herself in the outdoors. She also got her own small pool. 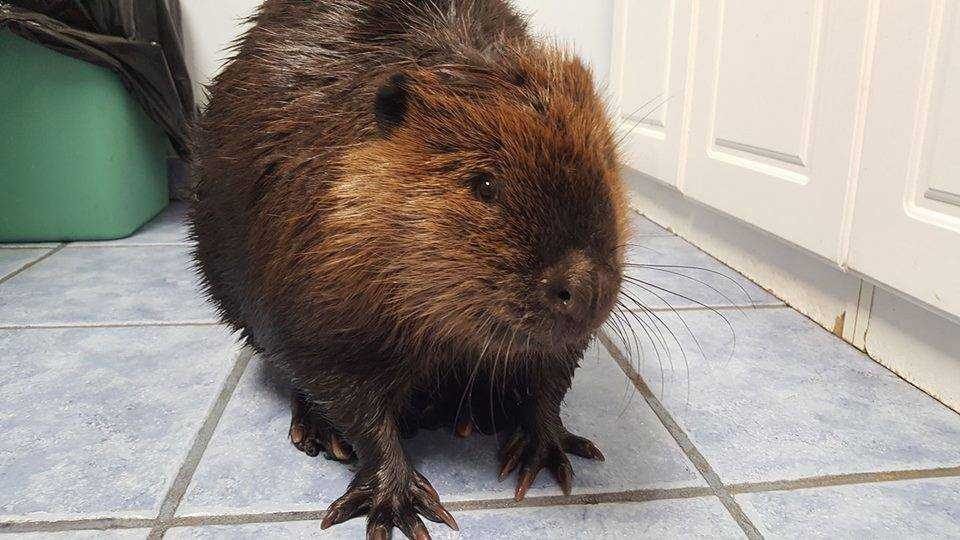 Despite the fact that she was doing so well, the beaver lacked one thing in her life: a companion. As Holly Duvall, executive director of AIWC said, “She was going through the rehab process, doing really well, but she was by herself. We didn’t have any other beavers in care at the time.” It could pretty lonesome for a beaver but hope was on the way. 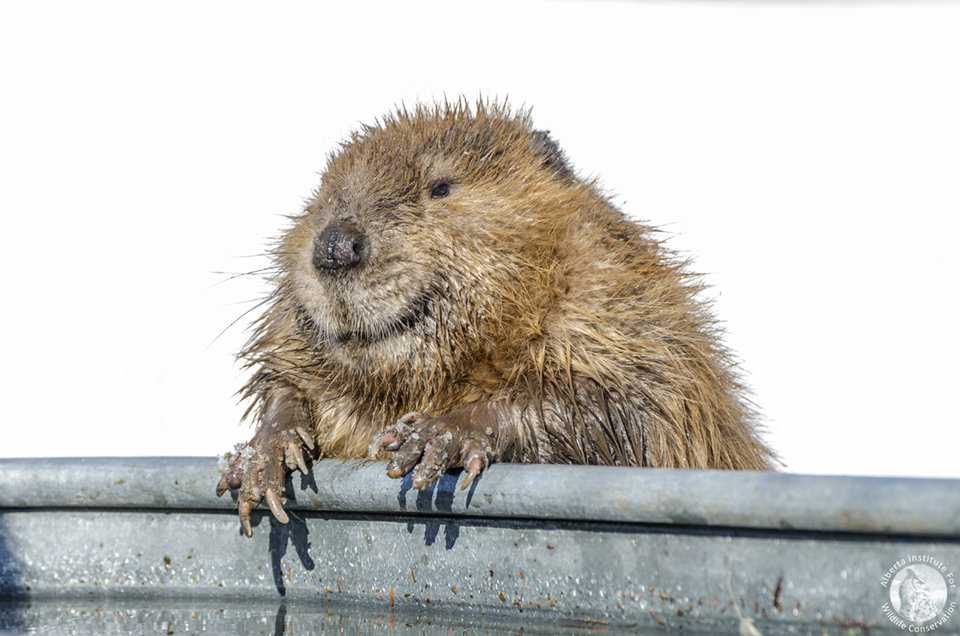 Since the beaver was so young, she needed to stay in rehab until she was at least two years old, which is when beavers usually leave their parents’ care. That meant the beaver would be alone without socialization at the rehab center for years.

In June of 2017, after she had been there a year, a two year old male beaver was rescued. He was found in a storm drain with a serious puncture wound in his lower back. A good samaritan brought him to the rehab center. Once his wound healed, he was put into an outdoor enclosure. 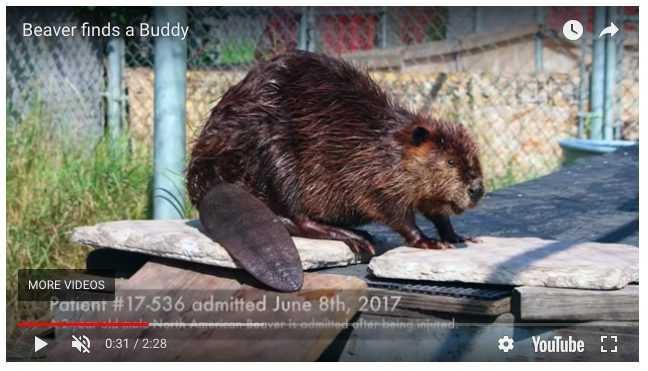 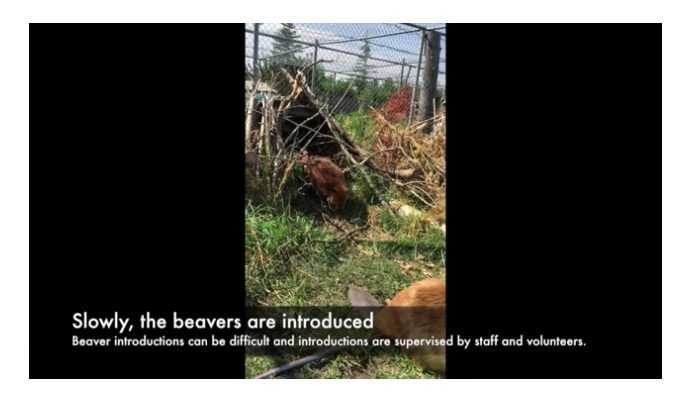 “Beavers don’t normally get along together in captivity unless they’re related, so we never had any hopes that we could do an introduction, but they obviously wanted that. When our staff of volunteers went out to care for them later in the day, they found the two beavers walking up and down the fence line together.” 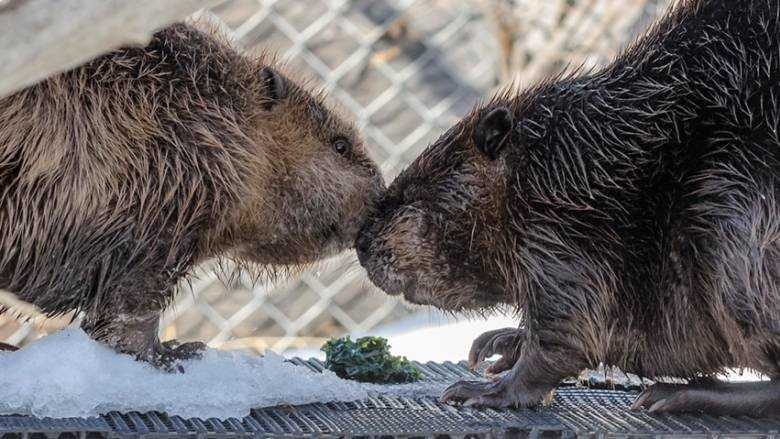 The volunteers were awestruck when they saw the two beavers carefully trying to touch paws through the fence. They would stand upright and then touch the enclosures with their paws, trying to get closer so they could touch each other. 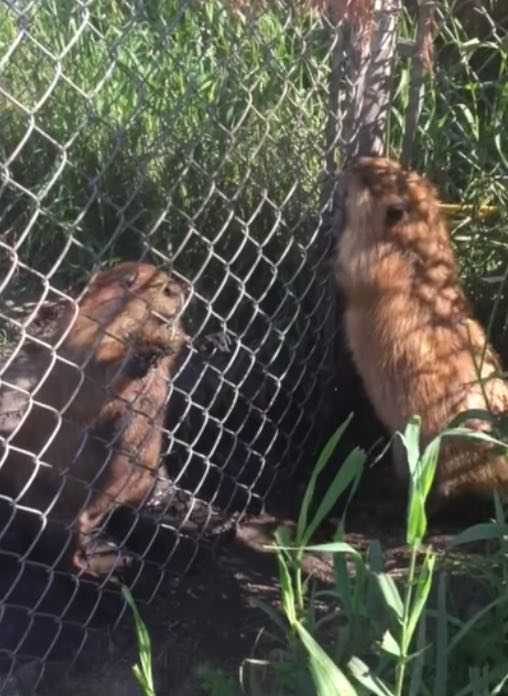 The handlers decided the beavers should officially meet. They had a series of chaperoned introductions where the two could see each other face-to-face. The two beavers got along well, hunting for leaves and twigs as a duo. It was clearly love at first sight! 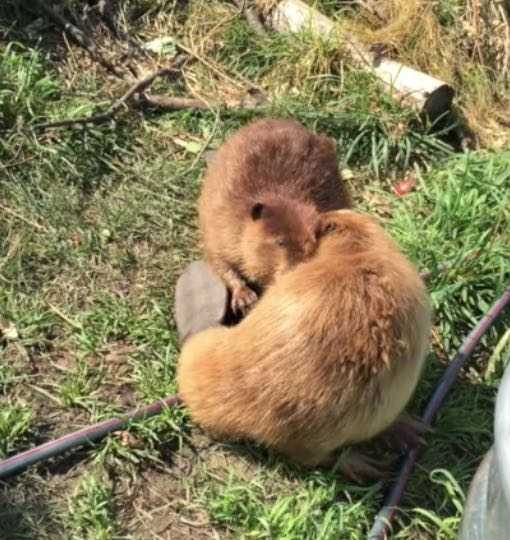 The handlers marveled at the quick friendship: “They were very comfortable around each other from the get-go. We were prepared to step in immediately if there was any signs of aggression, but that never came up,” Duvall said. “They were swimming right away together, they were grooming next to each other, and sometimes [grooming] one another, [and] they were eating together.” 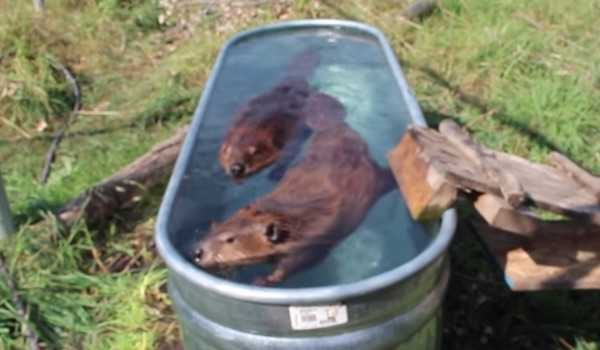 Things went so well that in August, the beavers moved into a shared enclosure. That’s when their budding friendship turned into more. They spent all their time together at night, and cuddled together during the day. The male beaver would always spring in to action to protect the female beaver when the caretakers entered the enclosure. 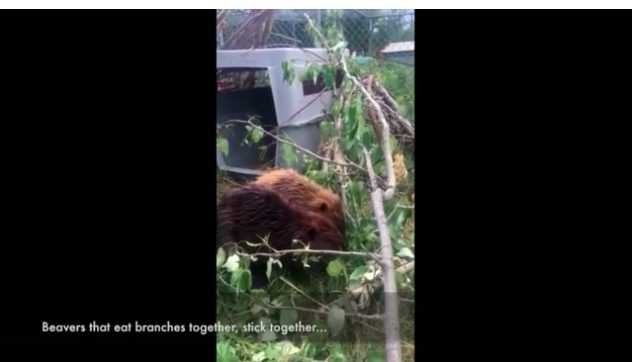 After the winter was over, the girl beaver was old enough to leave. However, she was not returning to the wild on her own. Her best friend was going with her. 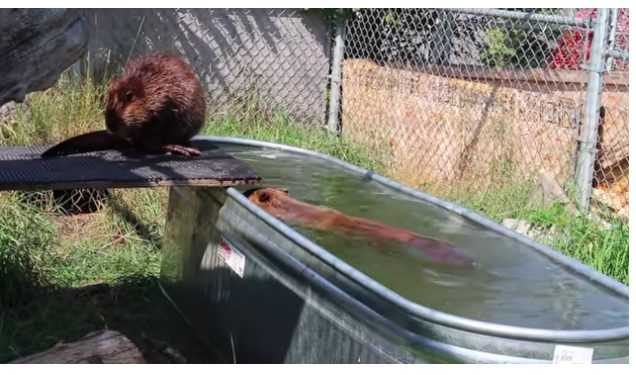 On May 18, the two beavers returned to the wild, at the Ann & Sandy Cross Conservation area. The protected preserve is protected from humans. 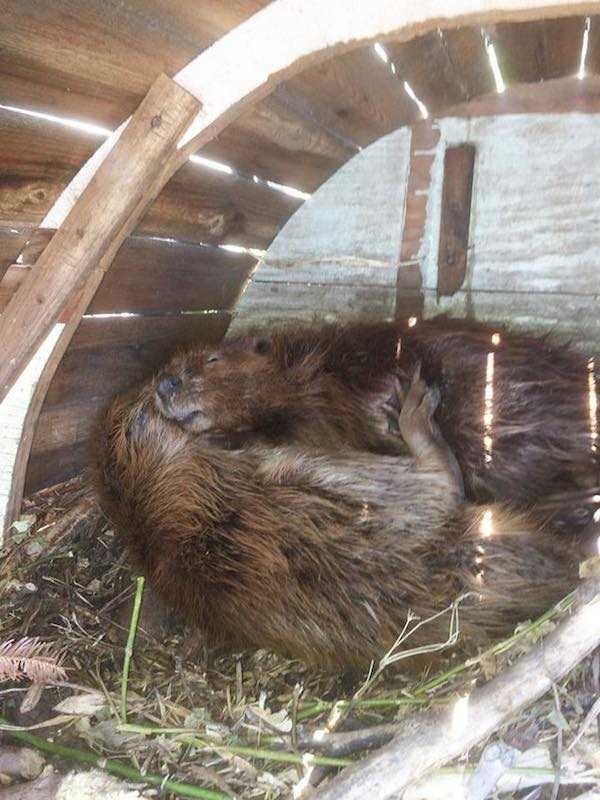 The caretakers still worried that the beavers would separate or lose interest in each other. “When they were released, we weren’t too sure, because he’s a year older than her, and sometimes older males will go and find a new mate or territory,” Duvall observed. “So when we released them, there was the risk that he might want to move on right away.” 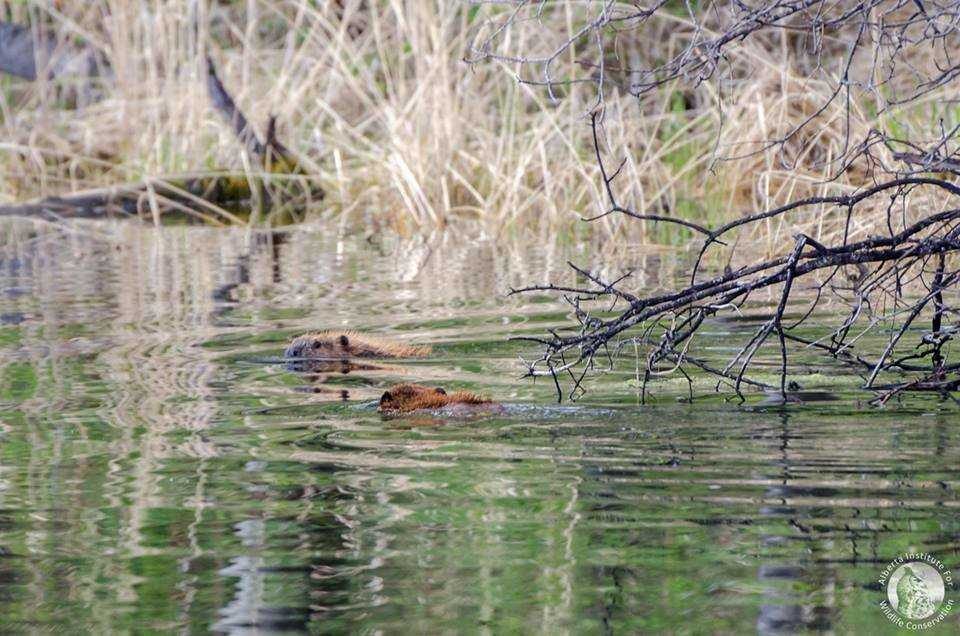 But their fears were misplaced. They have been witnessed together frequently. They are still lovebirds. “We’ve been getting reports quite frequently from the area we released them that they’re still together.” 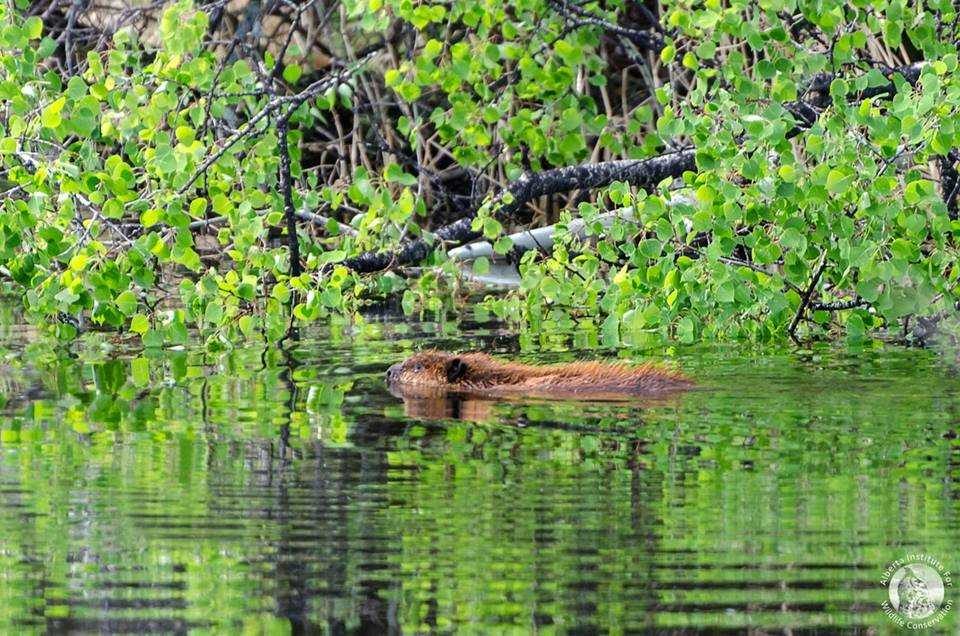 The two are even setting up house. Duvall said they are making their own lodge, just like beavers should. They may even have kits next year. Beavers mate for life, so the two beavers may be together forever. Thanks to the good people of AIWC, these two beavers have a nice life ahead of them.