Sometimes a person sees an animal for just an instant and yet forms an unbreakable bond. That’s exactly what happened to a North Carolina woman who saw a sad pit bull mix at her local shelter. The woman knew the dog had lost all hope, and she became determined to save her life. 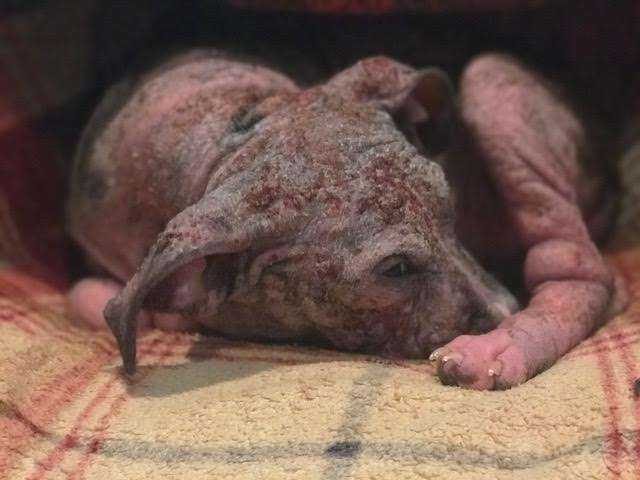 Heather Blazina saw a puppy at a shelter in Jacksonville, North Carolina. The county shelter was crowded and understaffed. The five-month-old pit bull mix looked miserable. She had shockingly lost all of her fur. Blazina knew the dog was probably quite ill. She had to do something. But what? 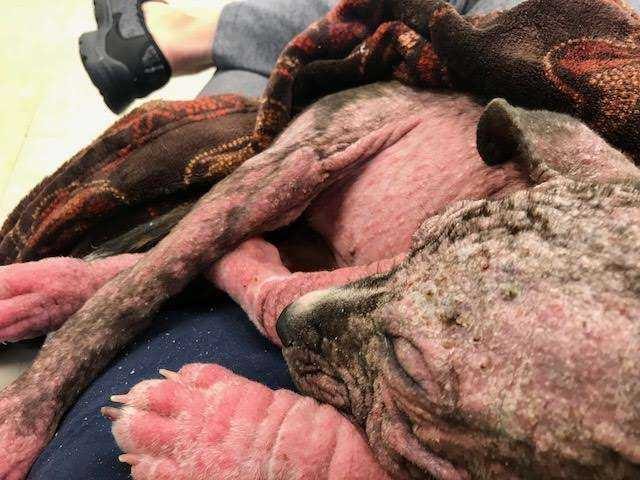 “I could see that she needed out,” Blazina later told The Dodo. “My background is medicine and surgery from the military, so I knew her time was growing short.” Come to find out, the dog was on the list to be euthanized the very next day. If Blazina didn’t act quickly, the dog would be killed. 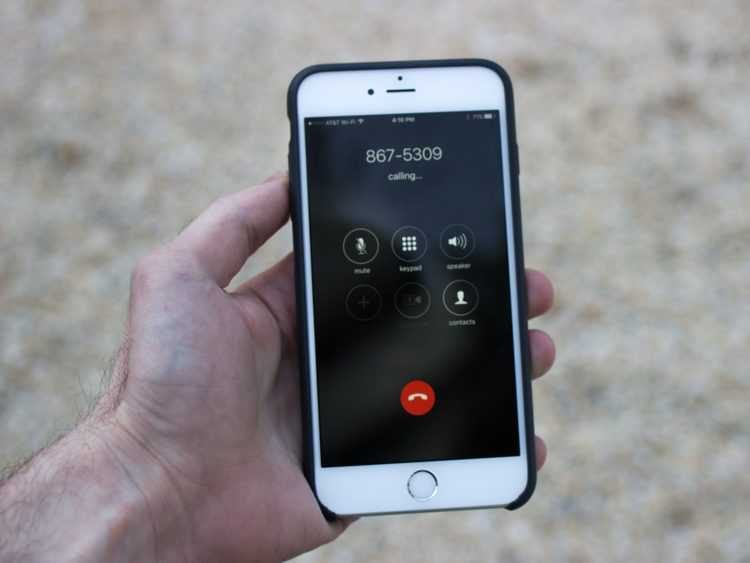 Blazina immediately began to make phone calls. She called Adoption First Animal Rescue and asked them if they could help. Adoption First is a rescue which specializes in pulling animals who are scheduled for euthanasia. Adoption First has a team of fosters which springs into action to rescue dogs. 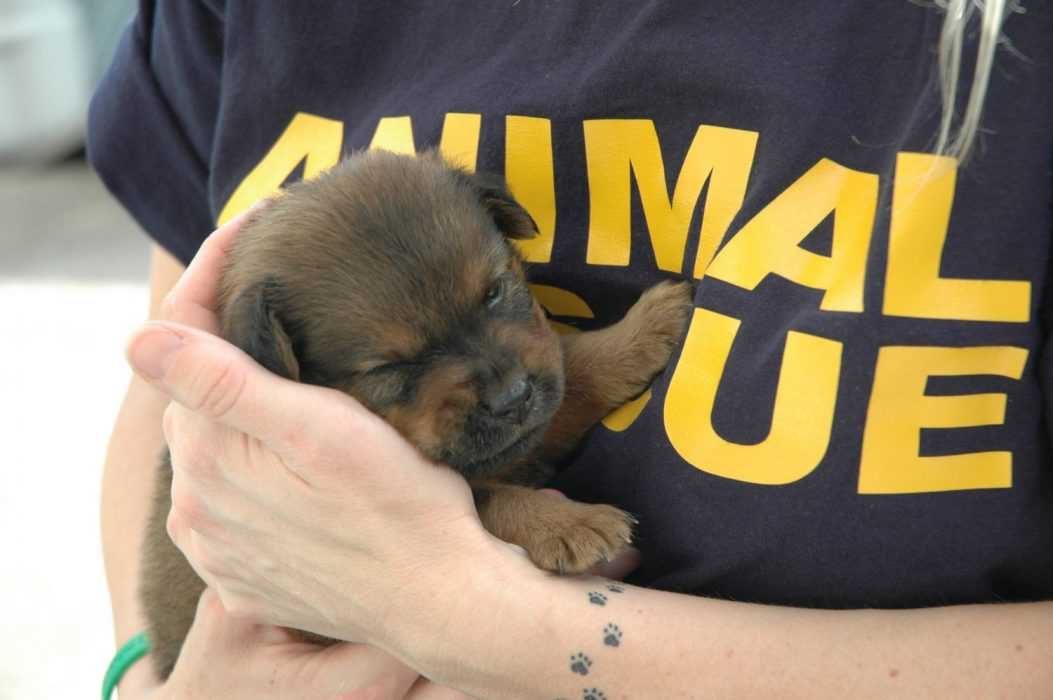 “I said, ‘If you pull her, I will foster and vet her,’” Blazina said. The rescue group immediately agreed to help. Blazina went ahead and adopted the pit bull out of the shelter. She gave the dog the name Amaani, which means hope. 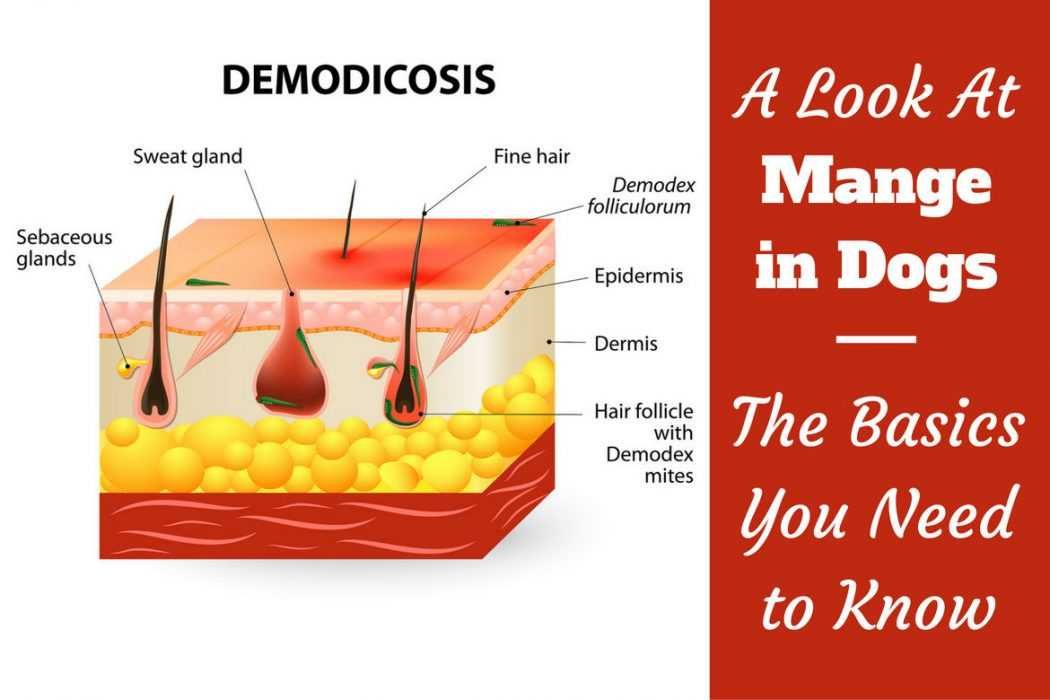 Blazina knew she had to treat her mange first since it caused Amaani to lose all of her fur. Blazina was experienced with the medication. However, Amaani did not respond at all to the treatment. Blazina was stumped. What was wrong? 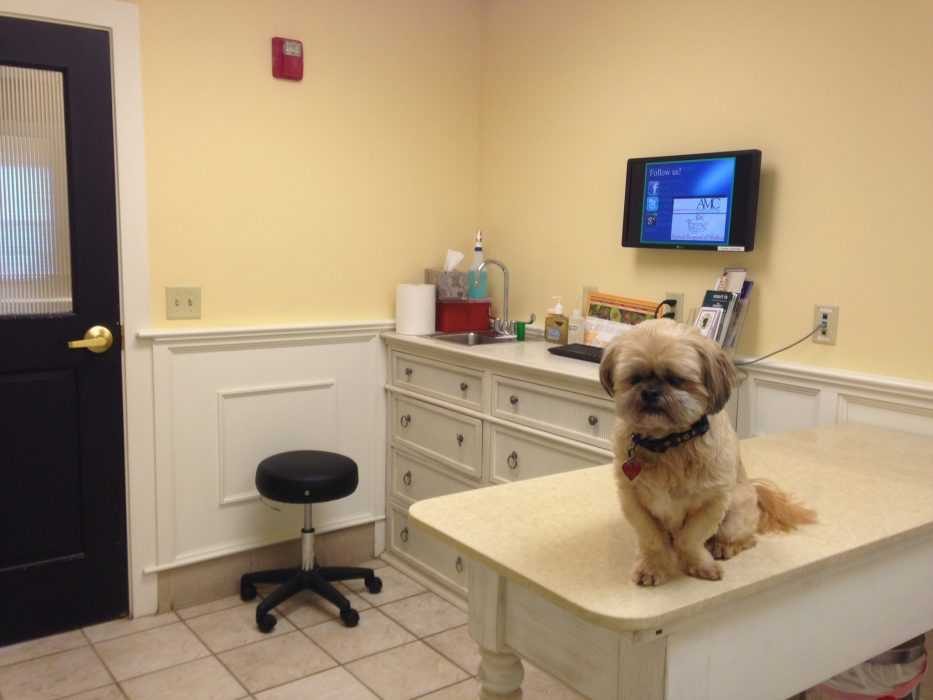 “I was kind of scratching my head, and after repeated visits to the vet, she was actually diagnosed with distemper,” Blazina said. Although distemper is a serious viral disease, everyone was relieved that she had received a diagnosis. Blazina was determined to find a solution that would help. But could she? 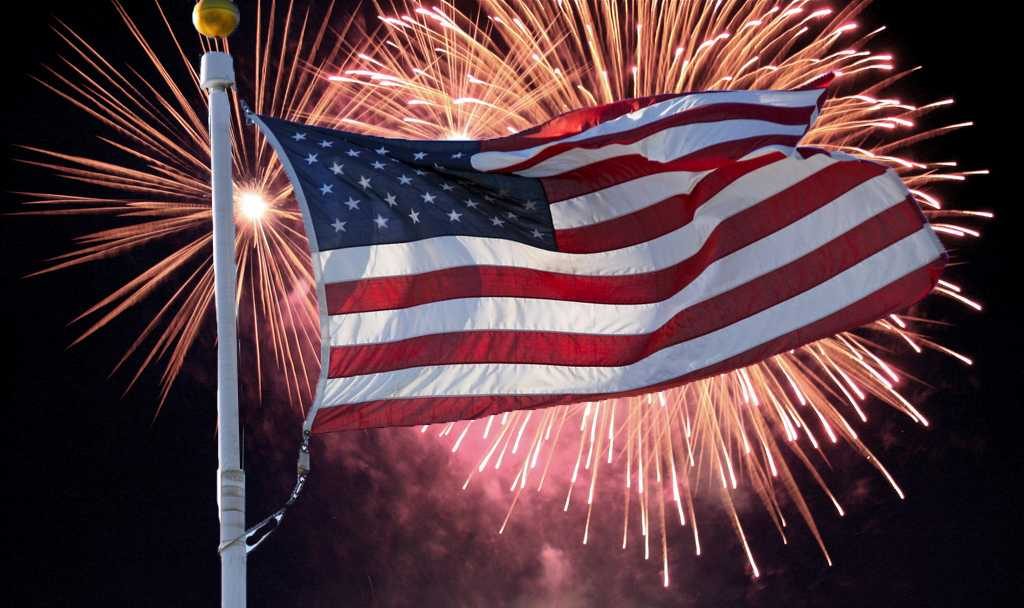 Distemper is often fatal. Blazina would not give up, so she and the vet searched for a better treatment. Amaani had lots of medication and plenty of love. The dog managed to beat the disease. “July 4 was the day she started showing signs of life, and it gave us hope,” Blazina said. 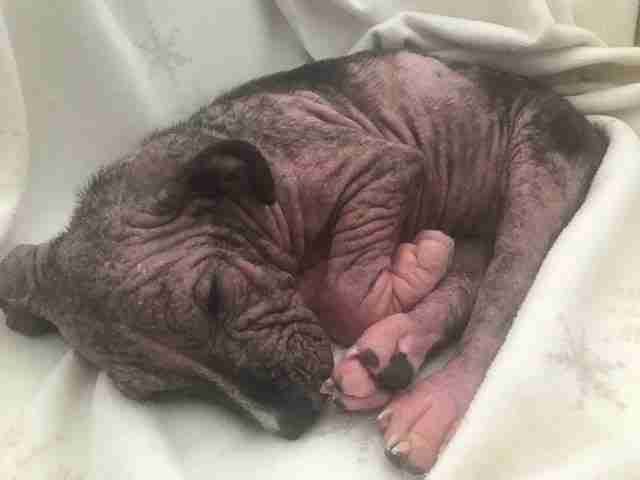 Blazina explained the meaning behind the name. “Amaani means ‘hope, aspirations, wishes, and desires.’ We actually named her while she was still in the shelter. She has definitely lived up to her name.” How would she fare without the distemper? Could she look like a healthy pit bull? Heather was anxious to see her beautiful coat. Would it be black? Brindle? 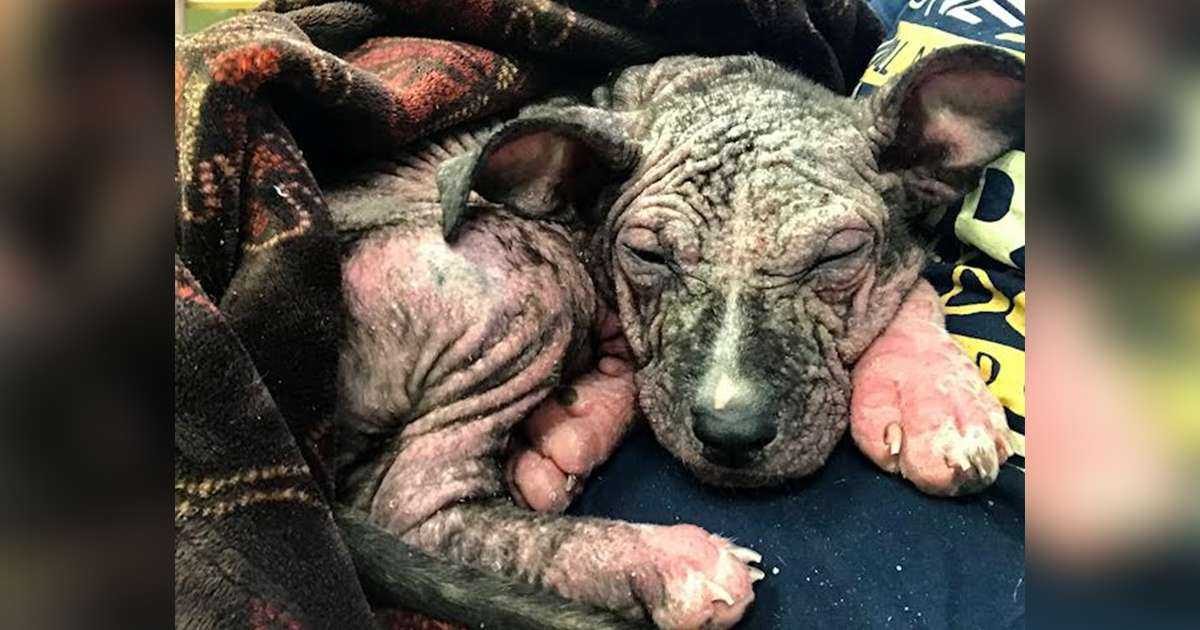 Once the distemper was gone, Amaani’s fur finally started to show signs of life. She now has her fur all the way back. However, the dog is still very undersized for a puppy of her age. She might not grow any bigger. 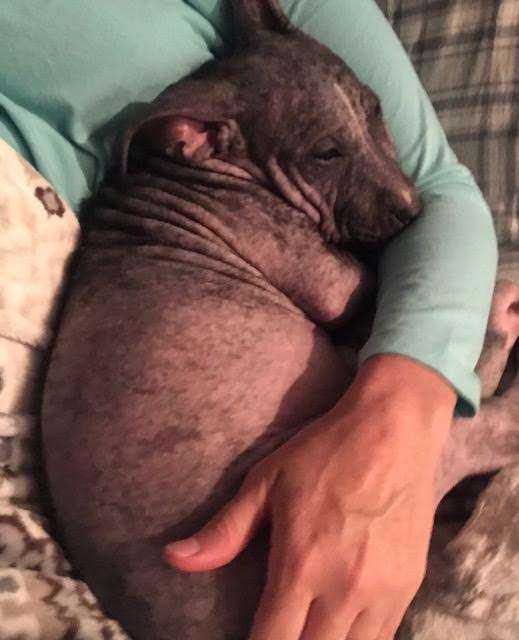 “I discussed her size with the vet and we believe the distemper has stunted her growth,” Blazina said. “She’s not going to get very much bigger.” Her small stature just makes the dog even cuter. Because of her stubborn rescuers, she has a real chance at life. 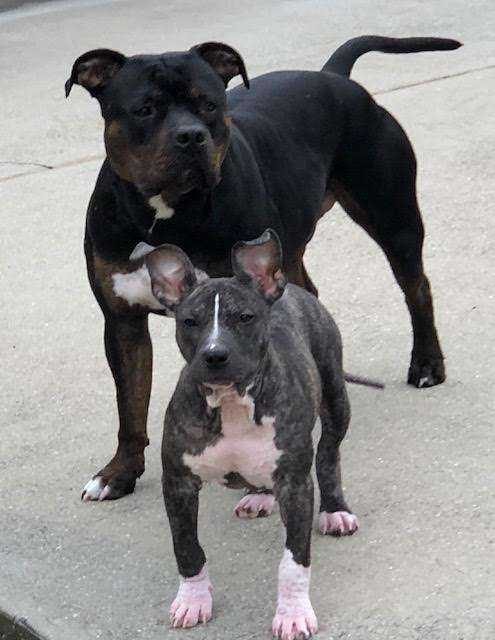 Blazina is caring for the dog as a foster mom. She feeds and plays with the dog. Amaani loves to hang out with the other dogs that live with Blazina. They’ve formed their own little pack. What about her future? 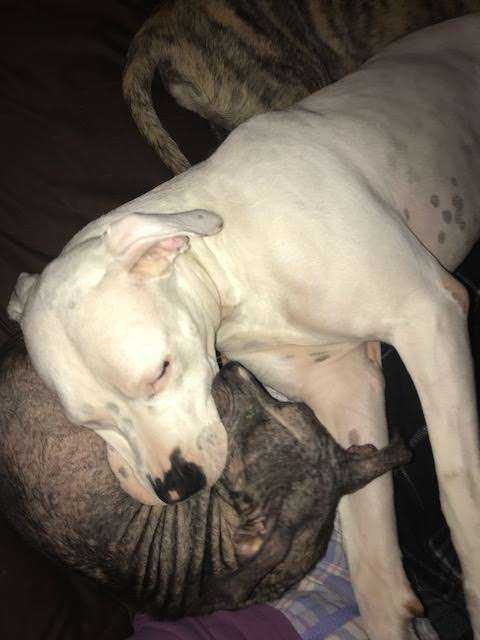 “I have 10 dogs here,” Blazina said. “She blends well with all of them, but her pal is the 70-pound Dogo Argentino. Amaani would actually chew on Lily’s ear, thinking it would come off, and Lily would just allow it. But she gets along with all the other dogs, and has really no interest in cats.” 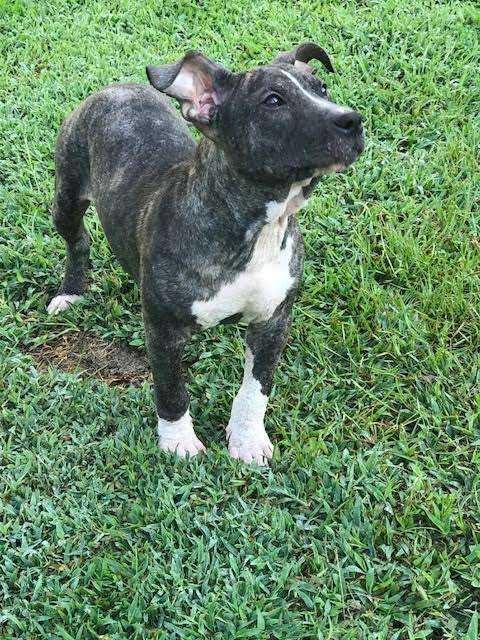 Amaani is loving her life. She loves to run outside and play ball. Amaani has a healthy appetite. She also is fond of people and loves all the attention she gets with Blazina. Overall her life is great. 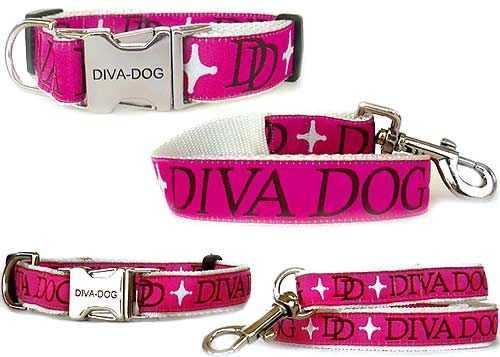 “She’s a diva,” Blazina said. “She loves to be held with her front paws over the shoulder and be carried around. I even bought a pouch for her to carry in front until she grew too big for that.” But that’s not the only amazing thing about the dog. 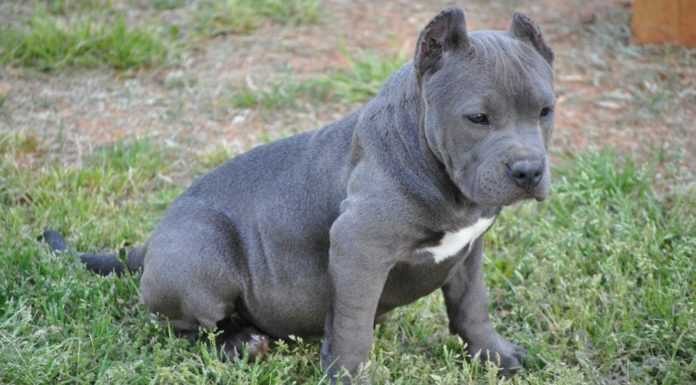 According to Blazina, Amaani’s most important quality is that she is tenacious. The little dog refuses to ever give up. “I’m amazed that her spirit was not shut down, considering everything that she went through,” Blazina said. 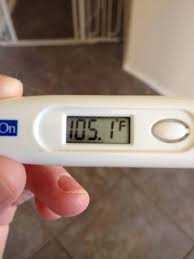 “When she came to me, she had a 105-degree fever, so that right there tells you what she fought. She has an amazing spirit, and to be so minimally affected by everything that she’s been through already is just phenomenal.” 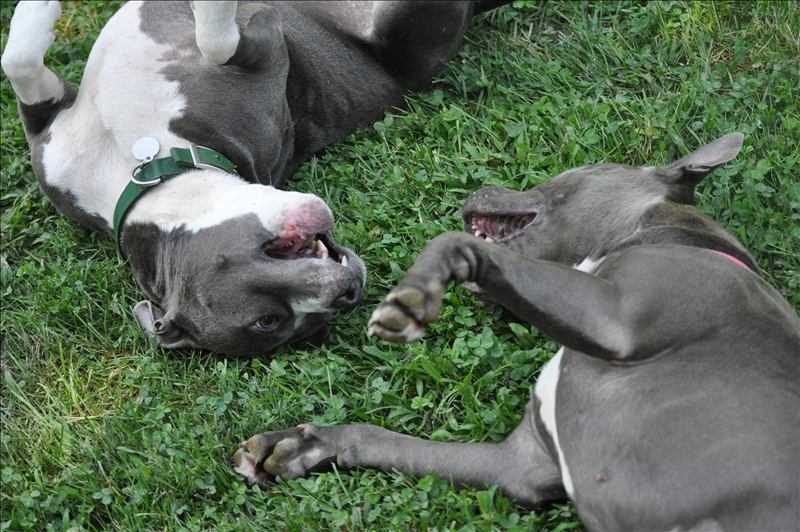 As for the future, Amaani will stay with Blazina for a while longer as a foster. Once she is appropriately socialized and trained, she will be searching for a permanent family to take her home. Blazina favors a home where Amaani has other dogs to play with. 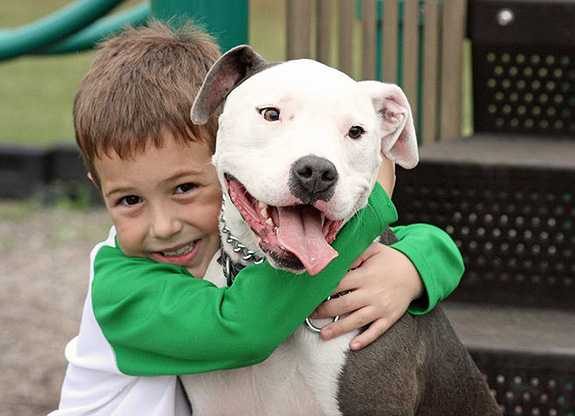 Blazina also thinks the dog would do so well with older children. Since she has become so fond of humans, Blazina thinks that she would be a great companion for someone who is older and might be home all day. 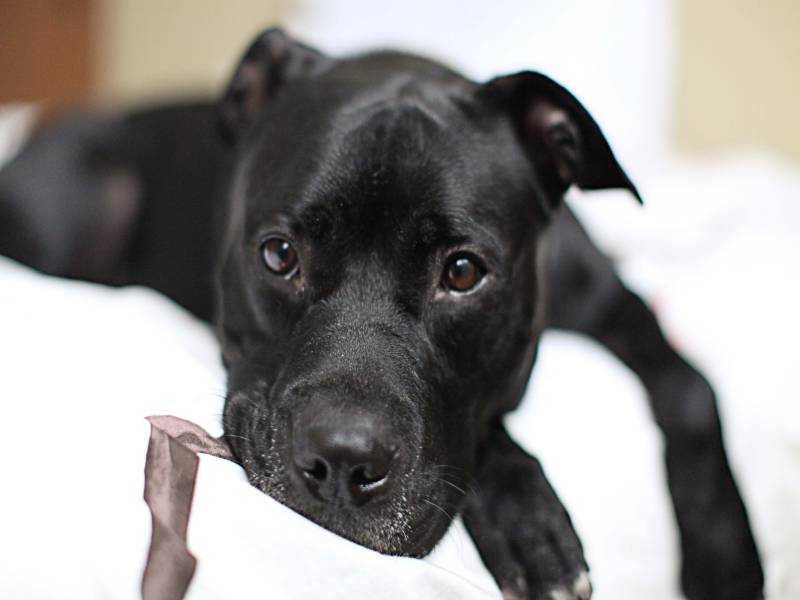 “She’s a great companion dog,” Blazina said. “She will complete pretty much any household, just because of her size and her personality, and her ease of getting along with different personality dogs. I think she’s ready to find her permanent people,” she added.