After Owner Schedules Her For Euthanasia, Calico Finds New Home


One of the most heartbreaking situations for animals is when an owner decides to surrender an animal back to the pound. A calico named Mischa found herself in the worst possible scenario: unwanted by her owner and sentenced to death. Thankfully for this beautiful cat, some dedicated cat advocates decided to intervene at the last minute. Read about this special girl and her rescuers. 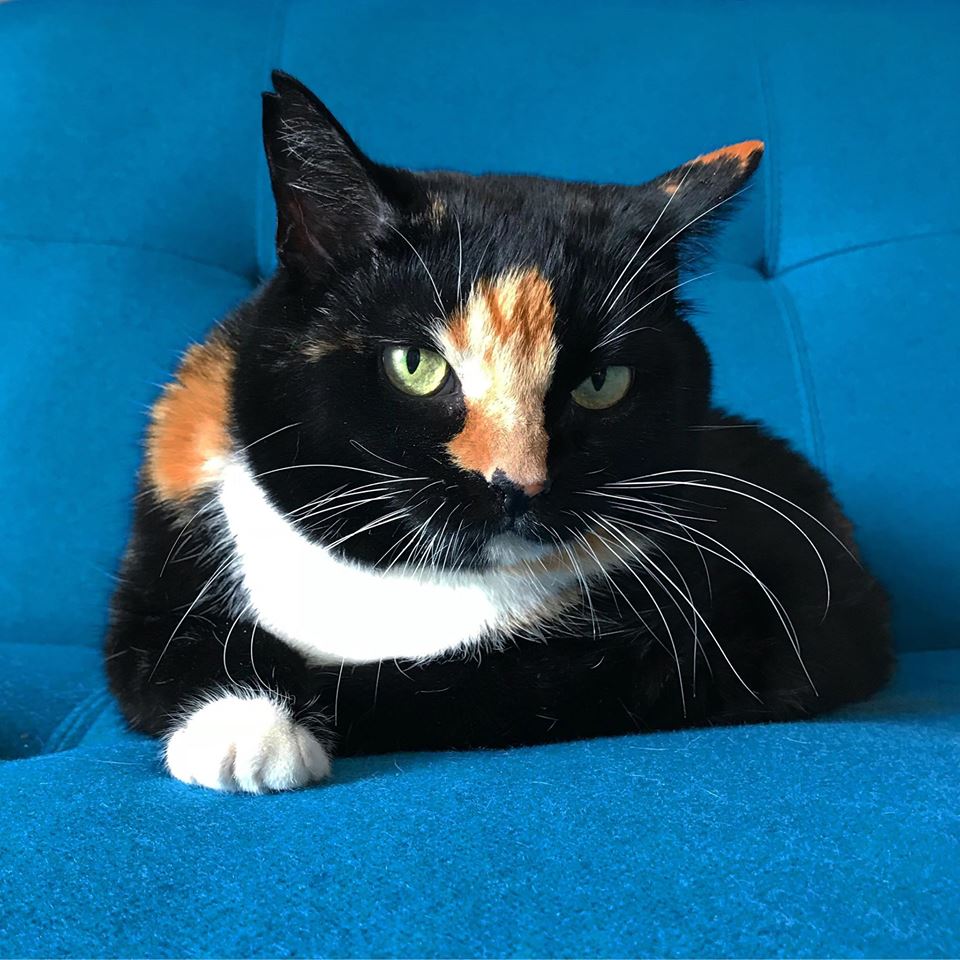 Mischa the cat is a typical beautiful calico, with fur in shades of rich brown, tan, white, and black. She had lived a charmed life for nine years with the same owner. But then she got sick, and her former family decided to turn on her. All because of a medical problem. 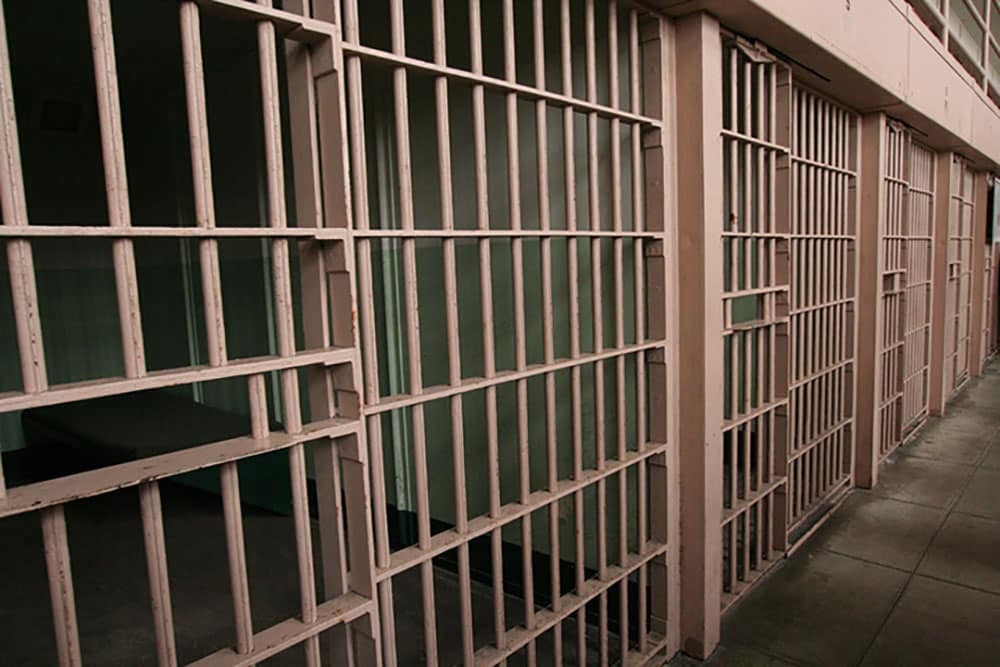 Mischa’s medical problem was a urinary tract issue. Many cats have chronic urinary tract infections. This can be painful for the cat and frustrating for the owner since it can cause the cat to eliminate outside of the litter box. There is no doubt that Mischa’s family were feeling deep frustration when they gave her up – they scheduled her for euthanasia! 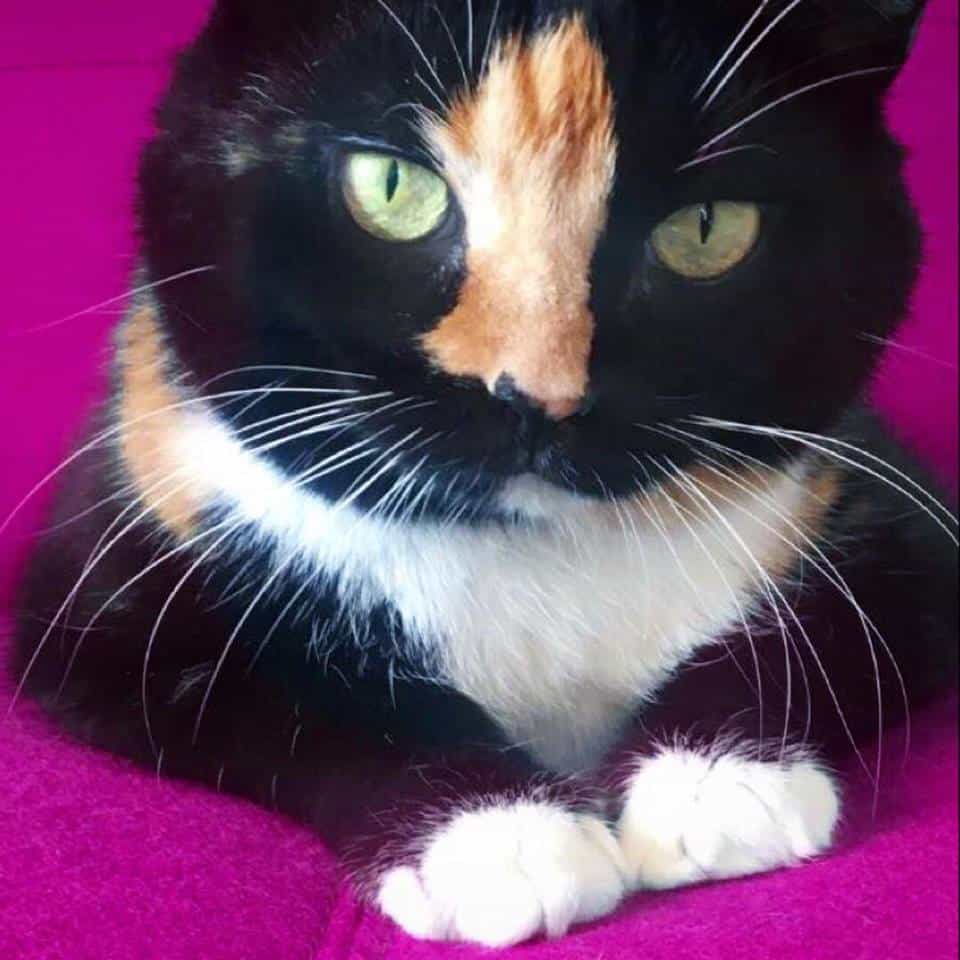 “Her former owner contacted a local veterinary clinic to make an appointment, but it wasn’t for treatment for the cat. It was for euthanasia,” said Chatons Orphelins Montréal, a rescue group in Montréal. The clinic took one look at Mischa and decided that they needed to intervene. Mischa was a healthy cat who happened to have a little problem. They didn’t want to give her a death sentence. 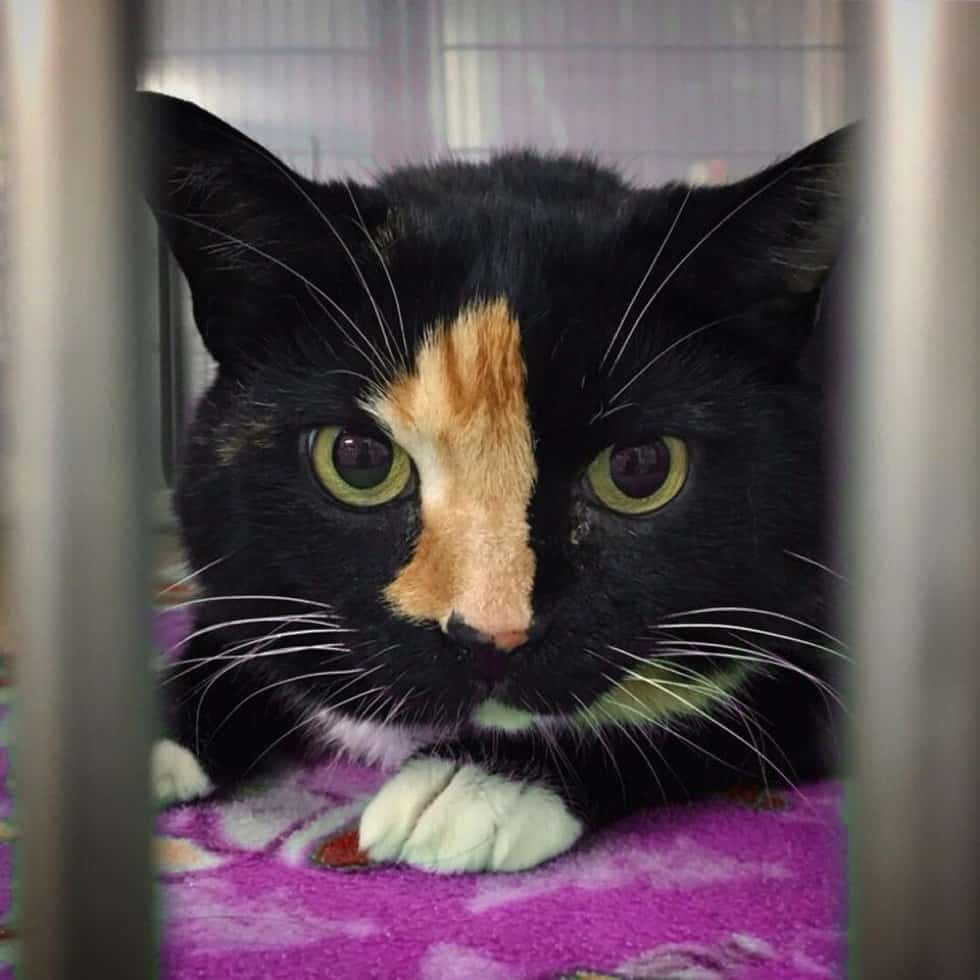 The shelter staff emphatically refused to put down a cat with a treatable illness. “They tried to convince the owner to surrender the cat instead of euthanizing her. She was resistant at first, but finally said yes.” The relieved staff then took custody of the terrified calico. 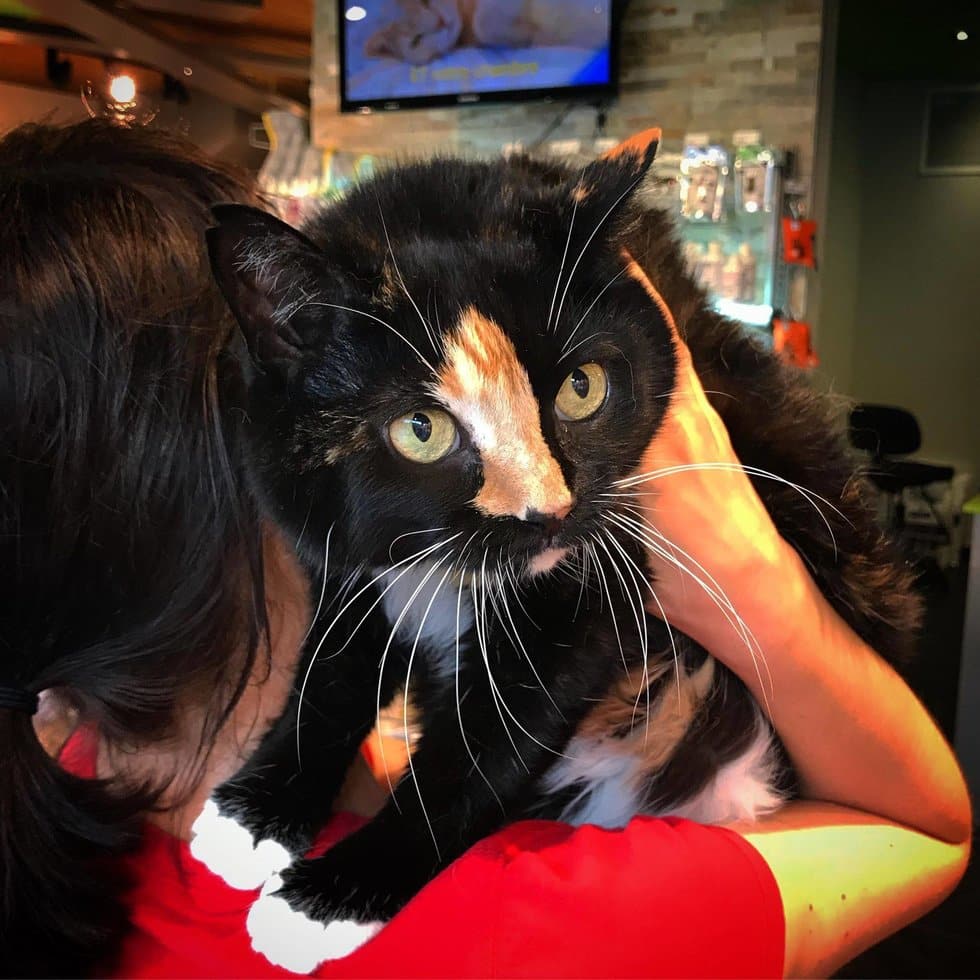 The staff was able to treat Mischa’s urinary tract problem. It turns out she didn’t have an infection, she just needed a little bit of TLC and to lose some weight. Her owner had gotten engaged and had a new person around, and had other changes in life that made the little calico nervous, leading to the pee problem.

9. A Clean Bill of Health 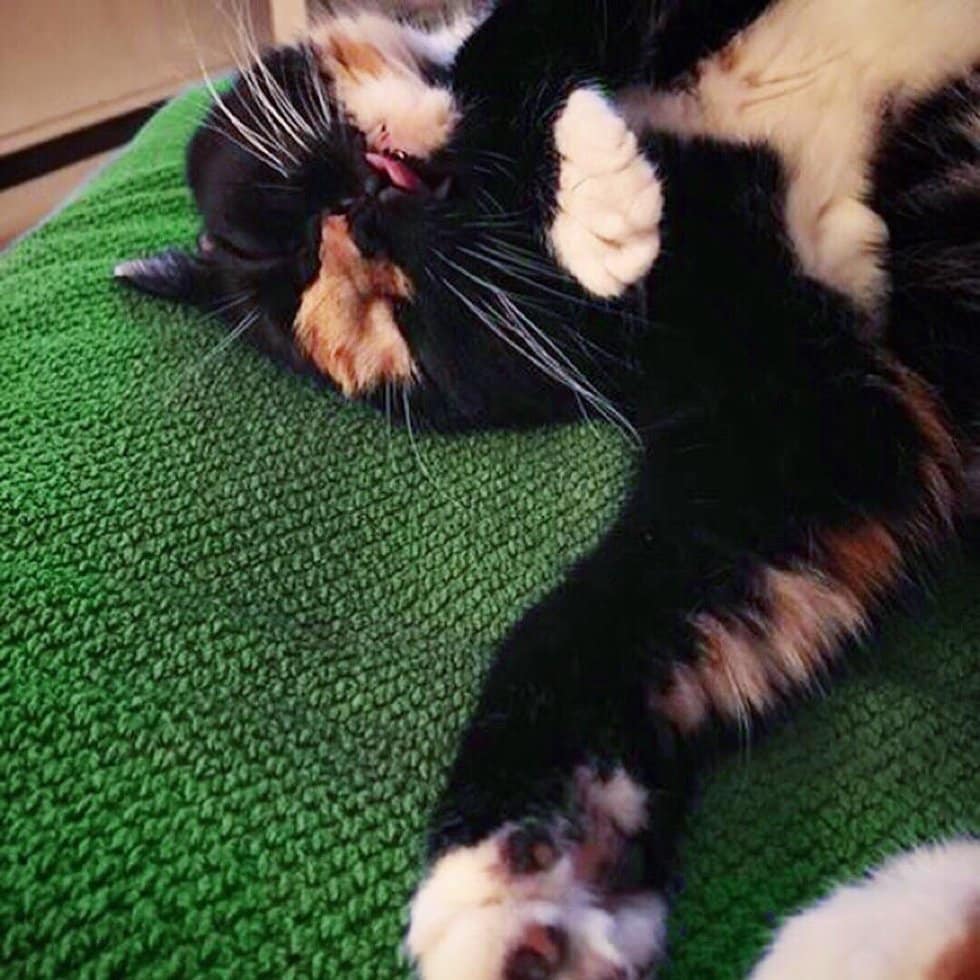 After giving her a clean bill of health, they contacted Chatons Orphelins Montréal for help in finding her a foster home. Chatons Orphelins advocates for animals and fosters them until they can find their forever homes. They were willing to step right in. 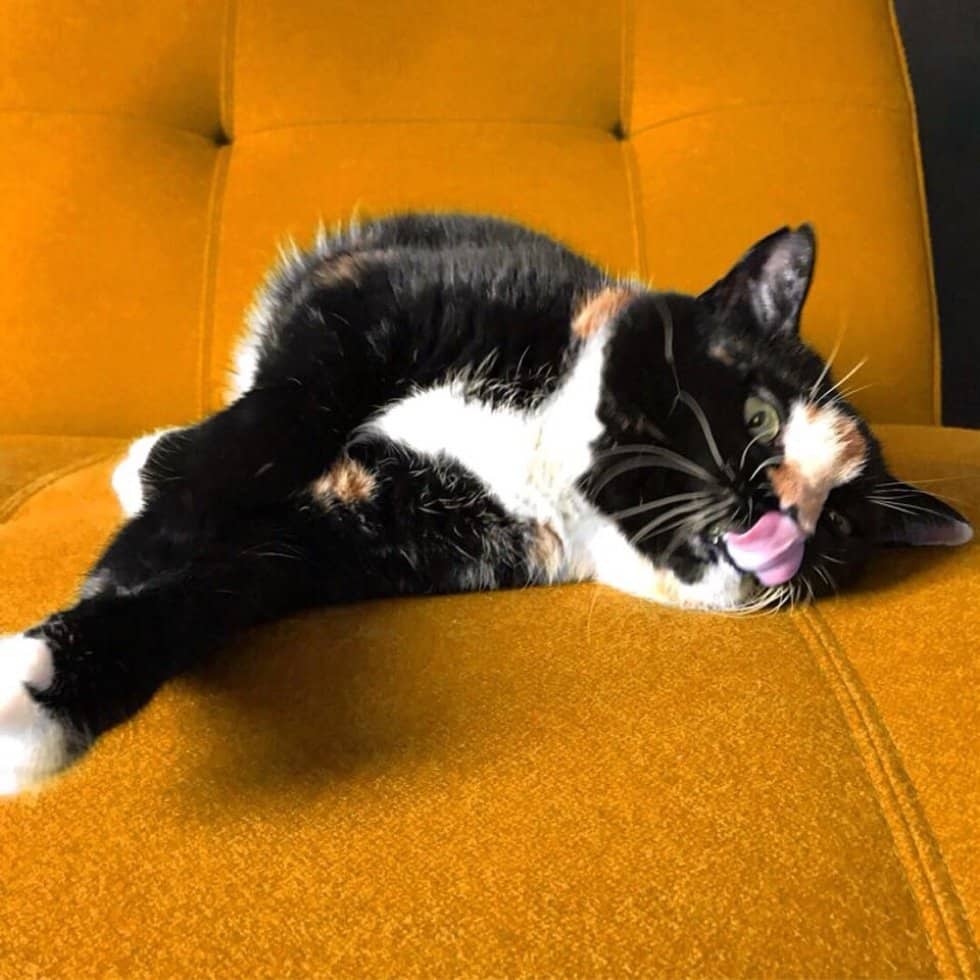 According to staff at Chatons Orphelins, “The older girl was overweight for her size at 6.15kg (13.6lb) while she should be around 4.5kg (9.9lb). We started her on a diet to help her lose weight gradually.” A volunteer for the group, Odile decided to take Mischa home. 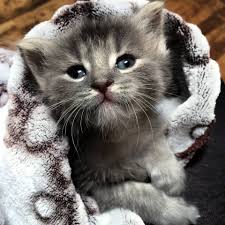 Chatons Orphelins is dedicated to saving the lives of felines in Montreal. They loved Mischa, even nicknaming her “grandma.” She turned out to be very sweet once she was away from her stressful home life. She had been declawed, so they wanted to make sure she was placed in a safe place. Odile’s house fit the bill. 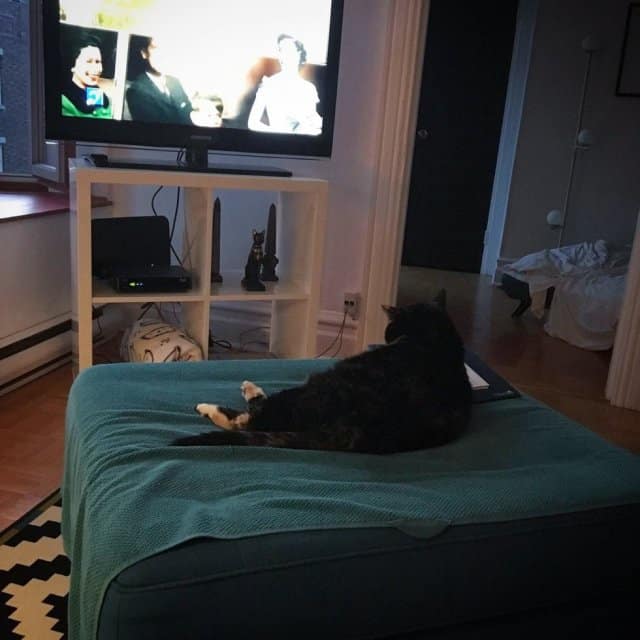 Once Mischa was safely at Odile’s home, the two of them bonded quickly. She took possession of the couch as if she had been there before, and started to become more outgoing around her energetic and loving foster family. “Their connection was instantaneous. Mischa became the queen of the house,” reported Orphelins. 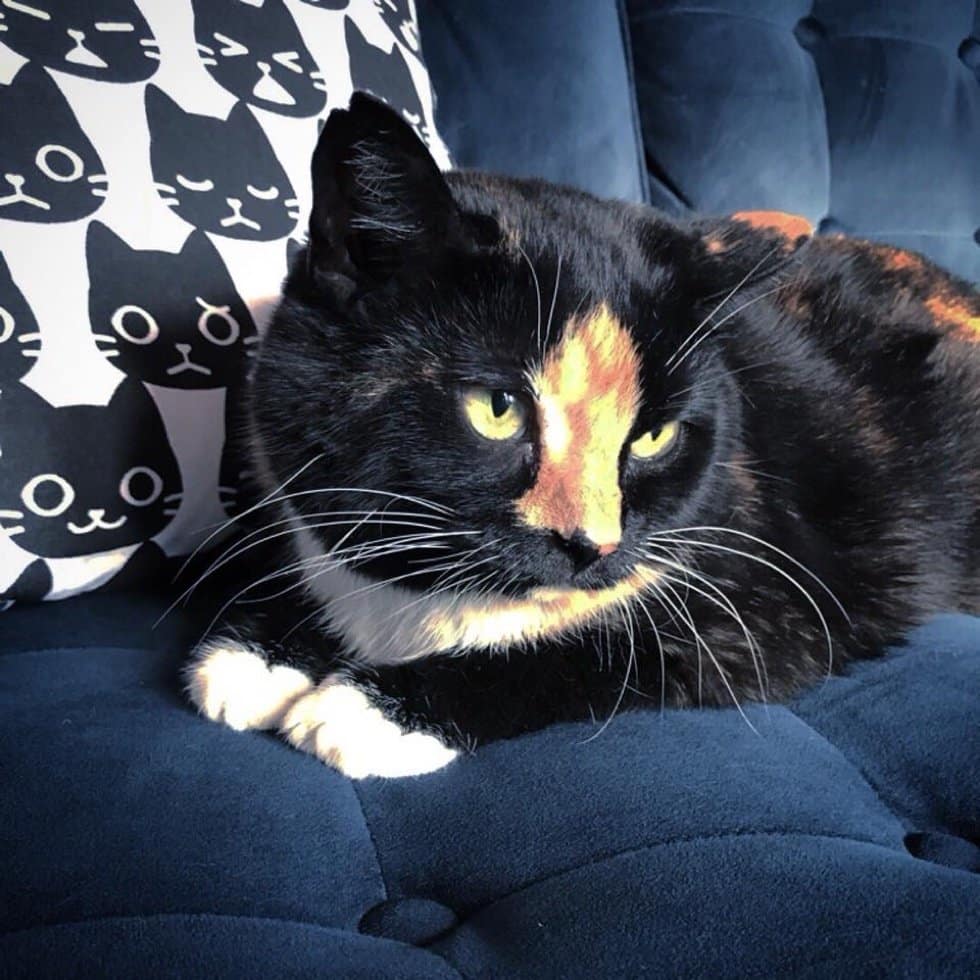 “Since she came to us, she hasn’t had any trouble using her litter box. She is healthy and she loves her life,” the Facebook post said. Mischa is a wonderful cat who loves attention and snuggles. She is affectionate and follows Odile everywhere. Her favorite activities are watching TV with the family and hanging out in the window. 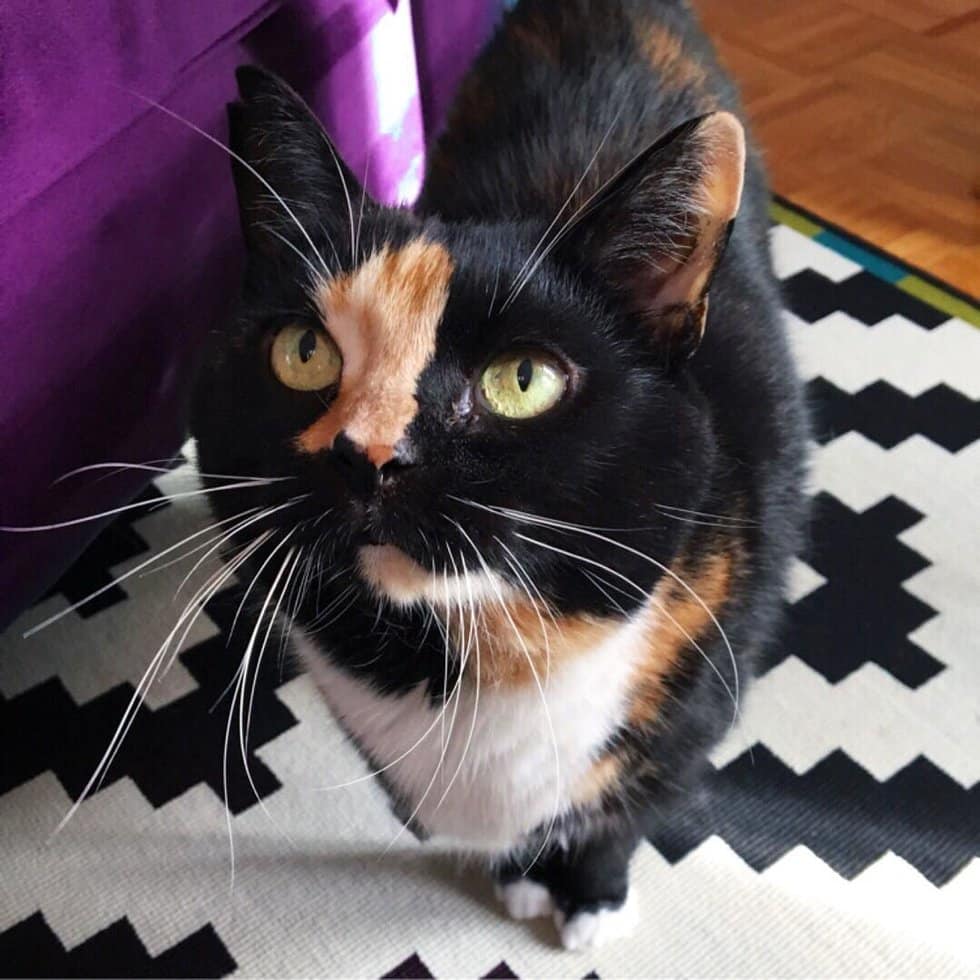 Now that Mischa has been saved, she is carefree and loving. She likes nothing more than to snuggle up to her humans, giving them murrs and purrs. There was just one problem with this setup: the plan was for Odile’s family to foster the cat until someone else stepped up to adopt her. 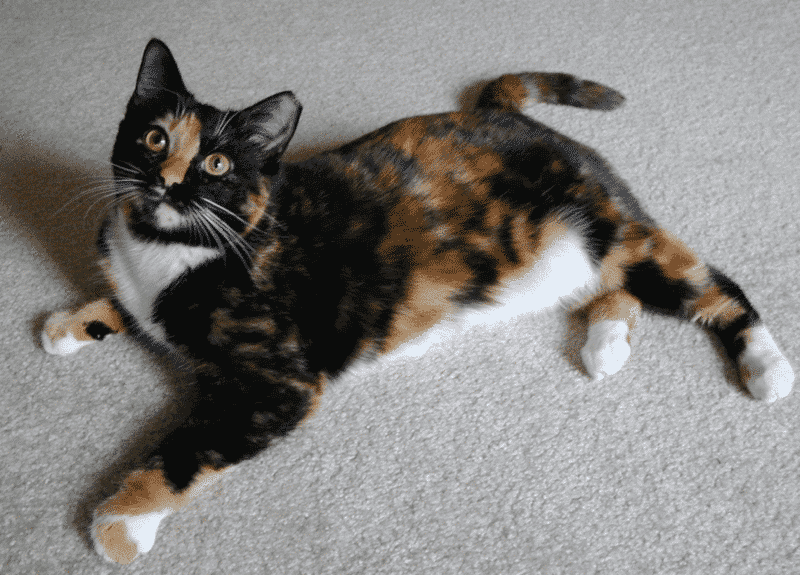 That plan had to be thrown out the window, because Odile’s family decided that Mischa belonged with them. The family is Mischa’s perfect match. And now they have made it official: Mischa is theirs forever. And she is one happy cat! 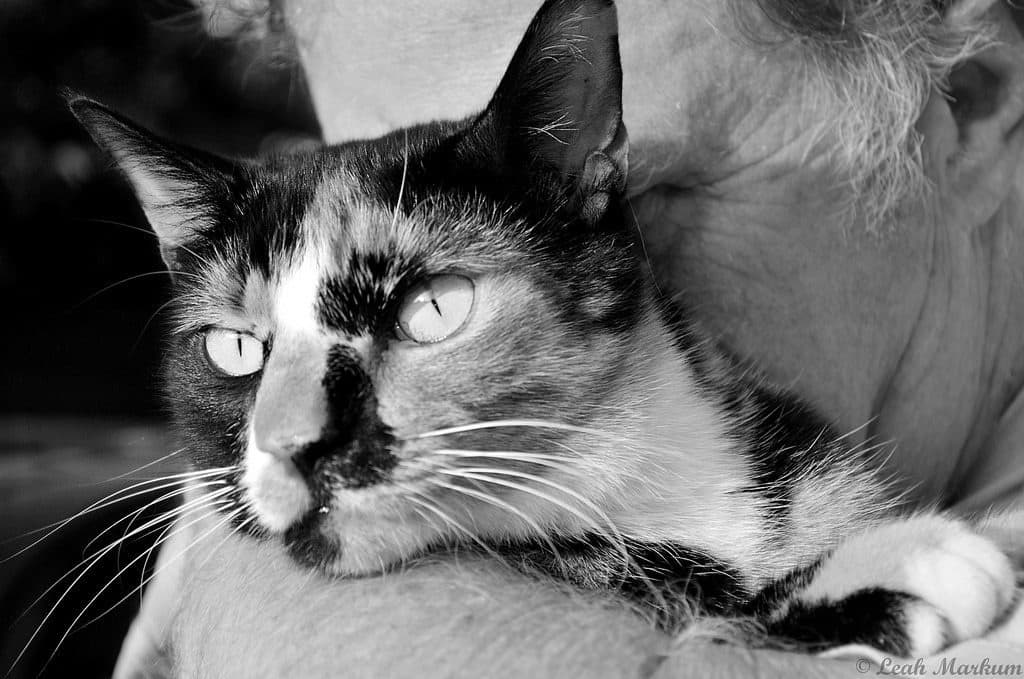 The family who adopted the cat are thrilled with their new addition. People often think they want a kitten, but adopting an older cat has many benefits. Older cats often fit into a new home because they have lots of experience with new situations. They don’t require as much play but love to snuggle. For people who want low maintenance love, an older cat may be just the thing.

1. Match Made in Heaven 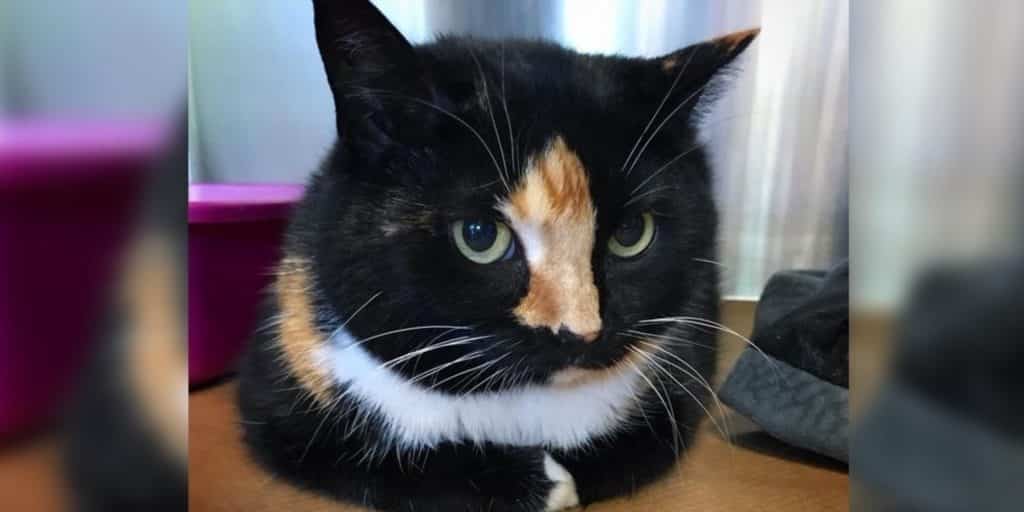 “It’s hard to believe that she was going to be euthanized, and now she sleeps right next to her human mom every night,” Orphelins said. One look at this cat’s face reveals that this was a match made in heaven. Mischa has gone from the outhouse to the penthouse and has humans who deserve her love and affection. That’s a happy ending!