Firefighters are known for their dedication and bravery for saving human lives, but they often save housepets like cats and dogs as well. Now, firefighters from South Carolina are being heralded as heroes for saving one of the smallest animals on the planet: a tiny hummingbird. 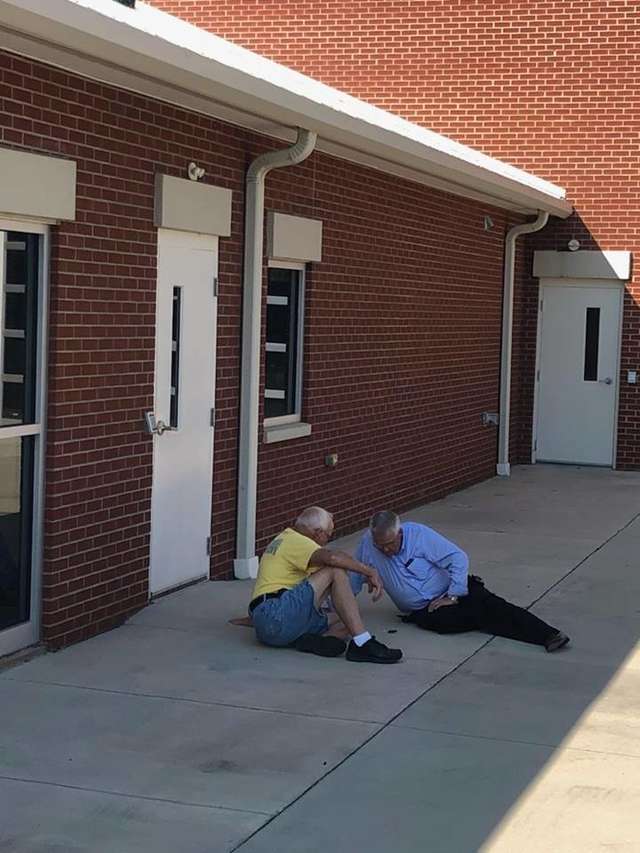 Firefighters spend their days and nights preparing to go out on rescue calls. But they are always on the lookout for people and animals who need help. Some firefighters in the small town of Richburg, South Carolina were hard at work when they spotted something shiny on the floor of the Fire-Rescue Engine Bay. 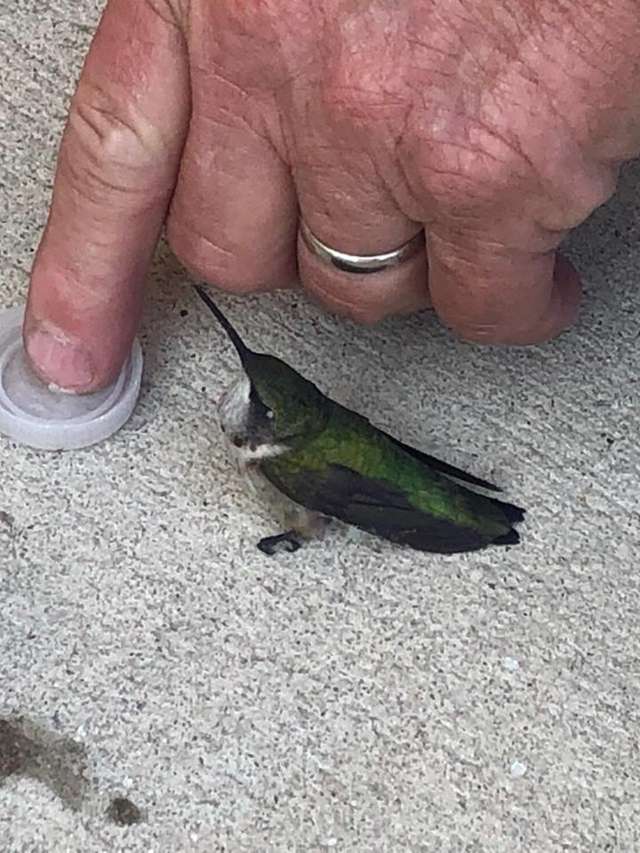 It turned out to be s small, iridescent green hummingbird. The firefighters quickly figured out that the bird was not able to stand, let alone fly. According to the Fire Department’s Facebook page, the bird was “exhausted and dehydrated.” They knew something needed to be done and quickly. 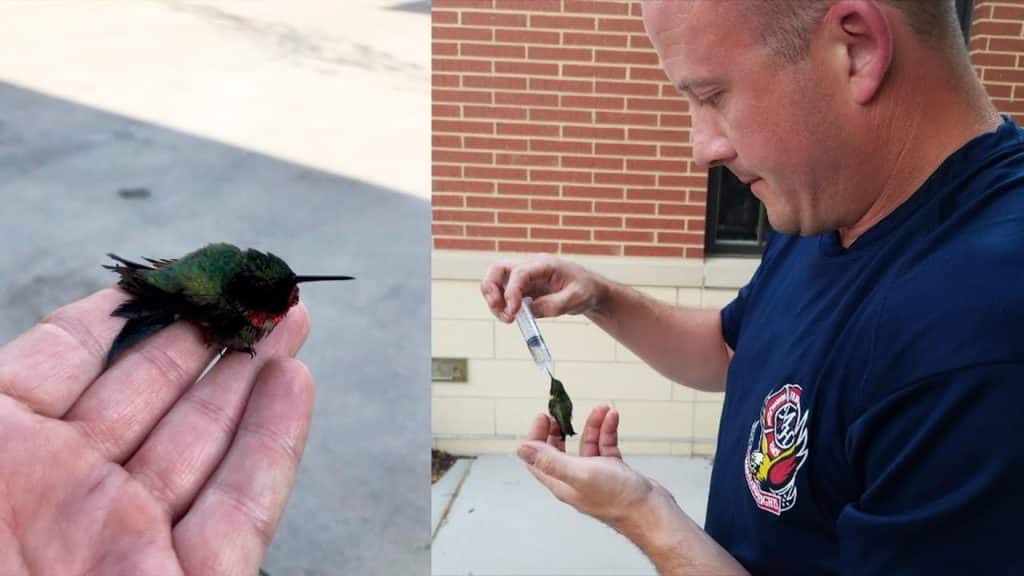 The three people who approached the bird were Chief John Agee, Fire Marshal David McCain and firefighter Jobeth Holmes. They tried offering the little bird water from the plastic cap of a water bottle. Although “it took some coaxing…it finally started drinking it.” The firefighters watched out for the bird “until it was able to stand and fly away.”

The bird measured very small – smaller than a firefighter’s finger. Hummingbirds are among the smallest of bird species. They usually are around 7.5 to 13 centimeters in length. Hummingbirds weigh no more than two grams – that’s less than one ounce! 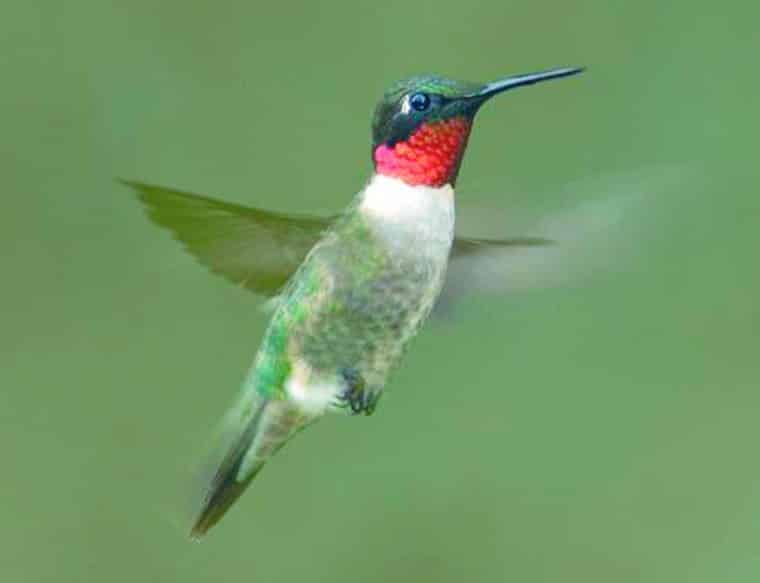 The hummingbird seemed to know that these humans were here to help. She slowly drank the water, and then regained her strength. Eventually she stood up strong and then the moment came: “It was finally able to stand on its own,” said spokesperson Melton said. “We kept giving it water and it finally flew off.” 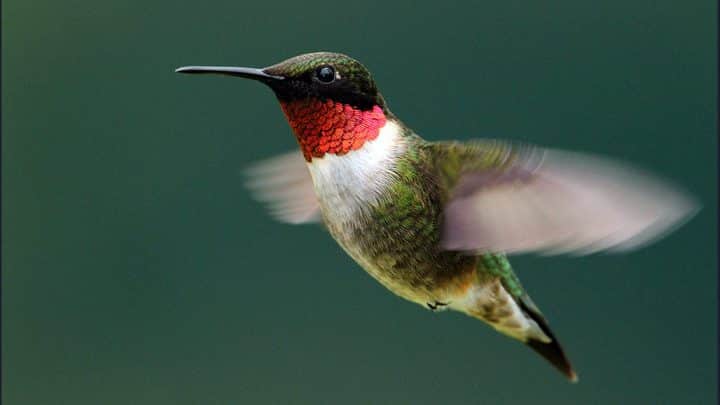 And boy did the little bird fly! Hummingbirds average about 30 miles per hour, but can actually reach speeds of 60 miles an hour during courtship displays. A hummingbird flaps its wings up to an astonishing 70 times per second;  its heart rate can reach 1,260 beats per minute. Their sheer speed makes them a favorite bird of bird-watchers. 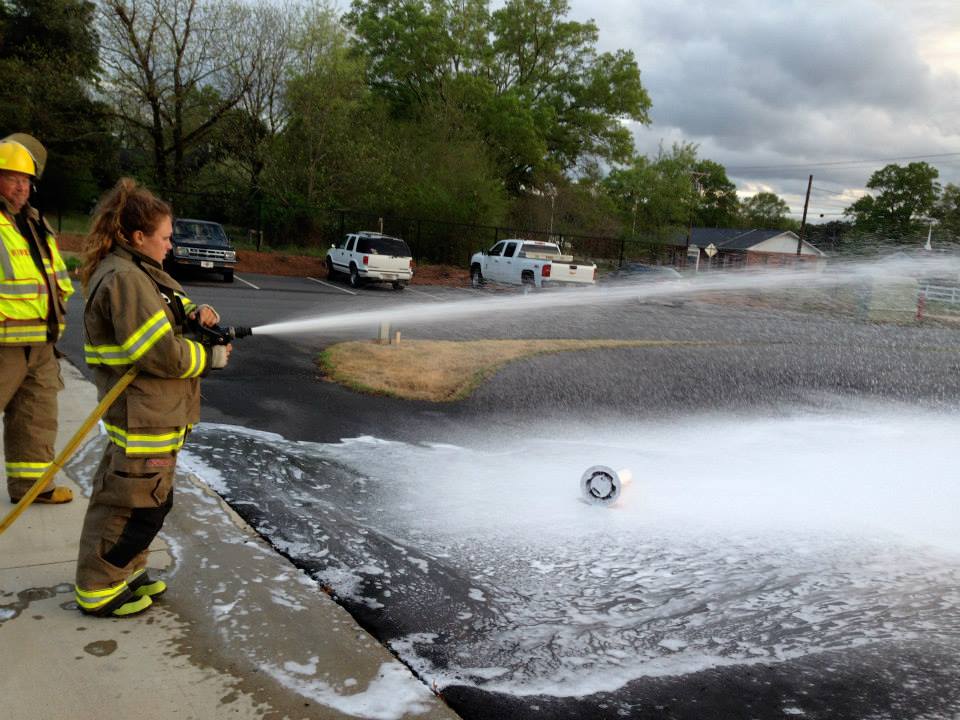 Although bravery and strength are the hallmarks of a firefighter, there is another quality that all firefighters seem to have: compassion. The Fire Department wrote that their personnel had plenty of empathy for all creatures. “We are fortunate that we have a tremendous group in our department that has passion and desire to help, regardless of the situation.” As the Fire Department recognized, these kind of heroics were typical of their unit. “This isn’t the first time this has happened and knowing our members, it will not be the last!” 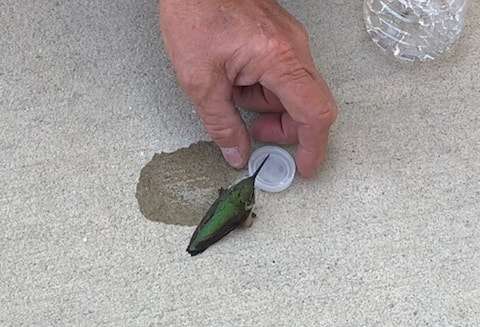 The firefighters clearly knew their stuff. By giving the hummingbird water, they were allowing it to refuel quickly.“Hummingbirds consume 50 percent of their body weight daily in sugar, which makes it one of the most important food items in a hummer’s diet,” according to the South Carolina Department of Natural Resources. 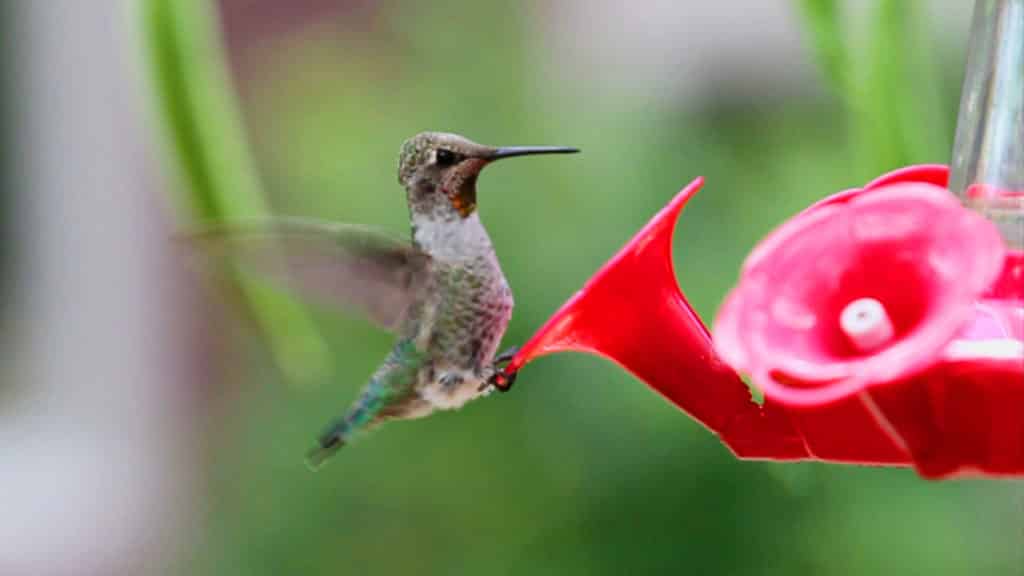 Richburg is located between Charlotte, North Carolina and Columbia, South Carolina. Hummingbirds are frequent visitors to the Carolinas, starting around late March. The best time of the year to see the birds is in mid-summer. The Fire Rescue Team is ready for anything, even making future provisions for the appearance of more birds. 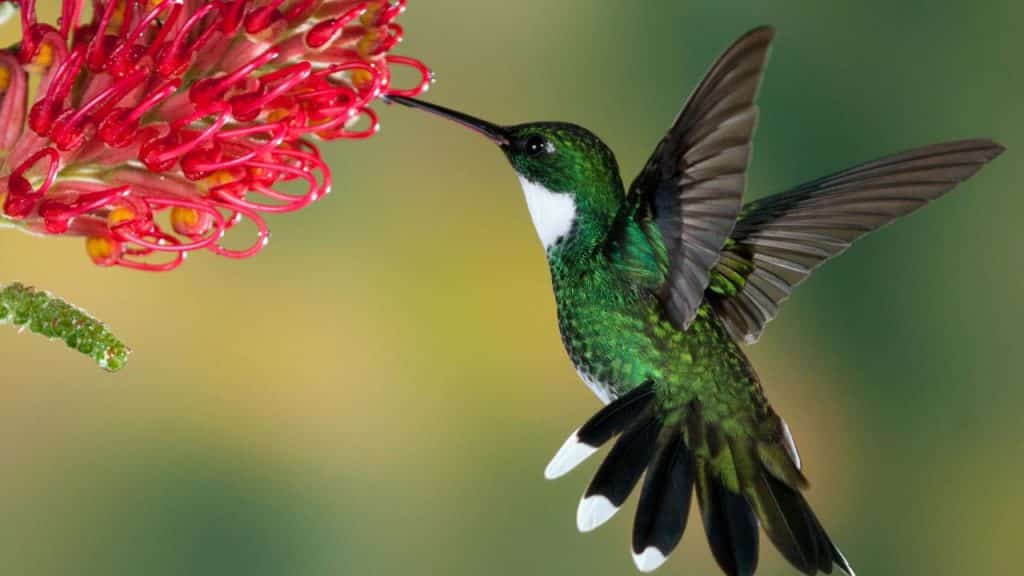 According to Melton, the firehouse may wind up installing a hummingbird feeder since the hummingbirds are showing up with more frequency. “I think we are going to have to,” he said. “They are finding their way in, but can’t figure out how to exit. They never attended any of our fire prevention programs about having an exit plan.” 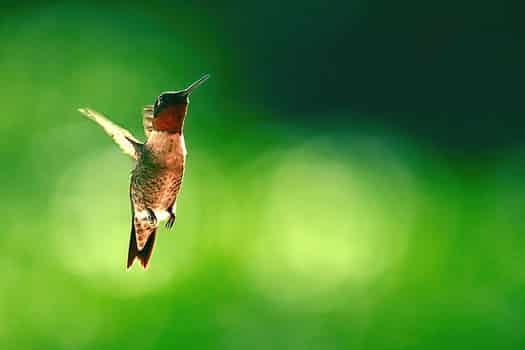 What do hummingbirds need to survive – besides good fire prevention and safety plans, that is? They consume a diet of nectar and tree sap. Humans can create a similar substance by creating a sugar solution of one part sugar to four parts water. However, never give hummingbirds honey or artificial sweeteners. 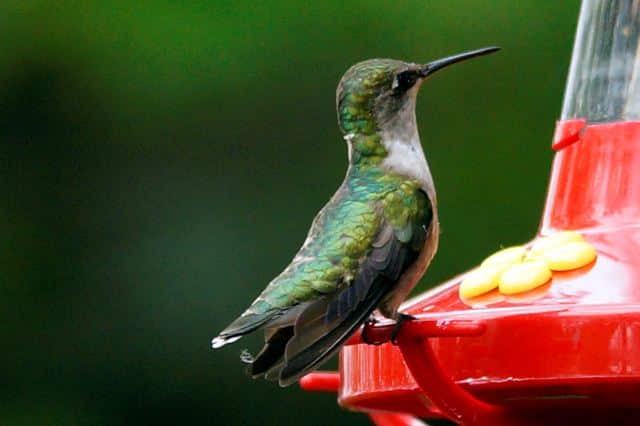 Leaving hummingbird feeders up through the fall helps protect hummingbirds who migrate late in the season. Hummingbirds may show up for a brief respite on their way to their winter lodgings in Mexico and Central America. 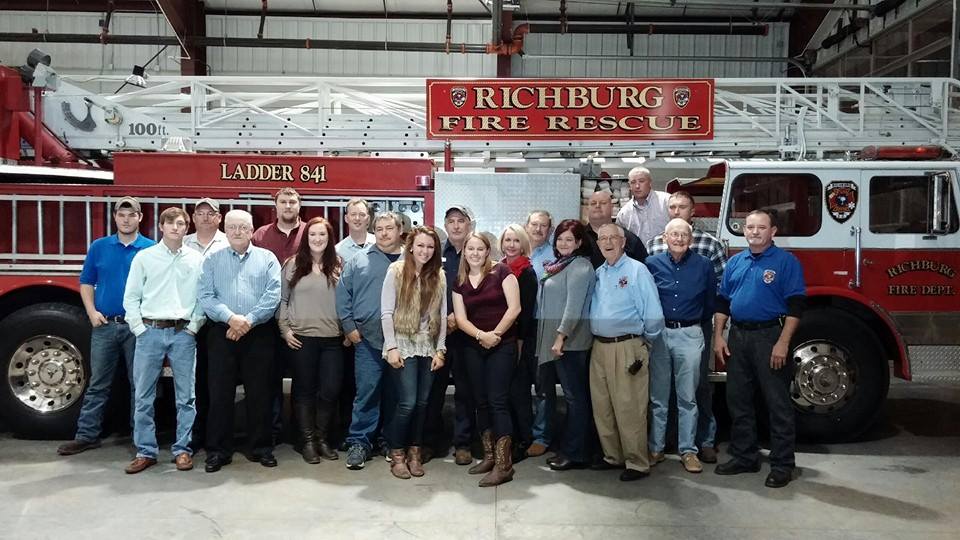 “The job is hard enough as it is, [so] being able to help something like the hummingbird and seeing it bounce back means the world to us. It was a nice feeling for everyone,” Melton said. “You always want to help when someone needs it, regardless of it being a person or an animal. You just don’t want to see anything suffer.”