The use of wild animals in circuses and performances is highly controversial. After an incident at MGM Grand in Las Vegas where a lion nearly attacked a trainer, many people are questioning the resort’s safety practices. All that stood between the trainer and a lion attack was a fierce lioness who protected the trainer from harm! 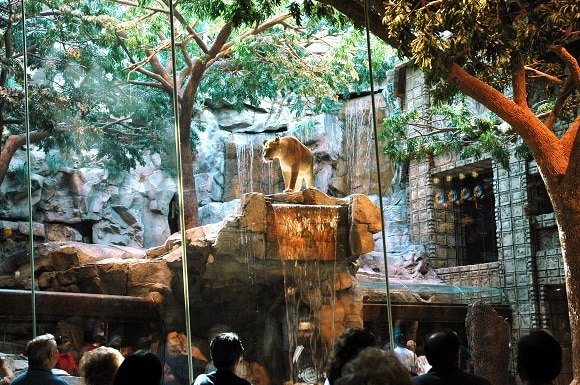 The video of the attack reveals that the lion’s trainer was injured while working inside a habitat with a lion and lioness. The trainer was treated and released. The habitat was a popular attraction located inside the MGM Grand. 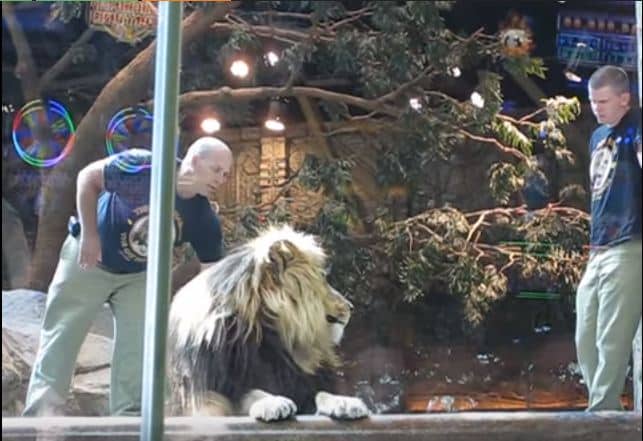 The enclosure is soundproof, so the lions could not hear the crowd noise. The lions appeared very relaxed right before the attack. The male lion yawned and then started to glare at one of the trainers. The trainers are on high alert. 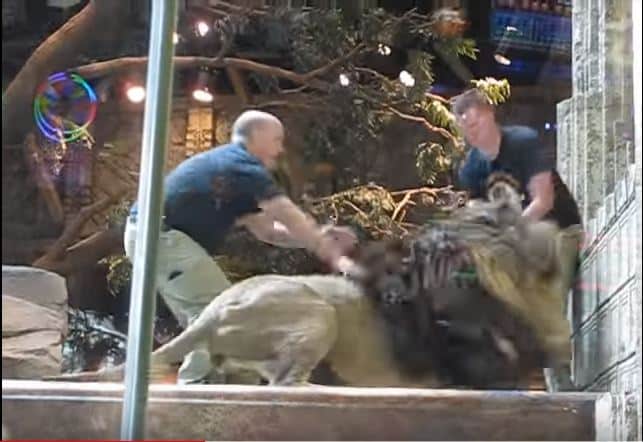 Initially, both lions seem relaxed. They are lounging on the ground while trainers stand nearby. The male lion suddenly looks perplexed. He shifts his body weight and looks at the trainer who is nearest to him. However, as the camera shows, the lion then focuses on the second trainer. 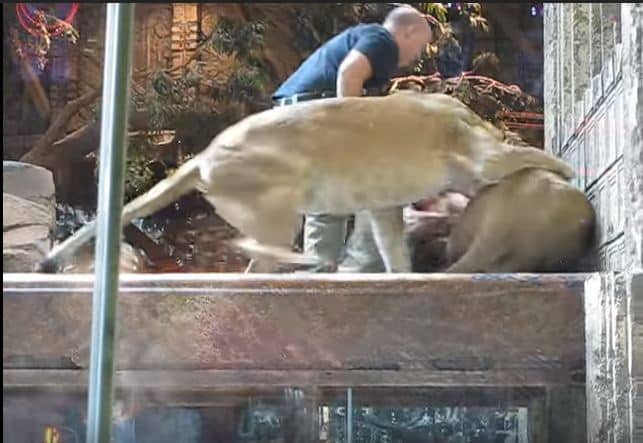 Sudden gasps are heard from the onlooking crowd as the male lion appears to wrestle with the trainer next to him. The other trainer helps him get away, but the male lion is still fixated on the trainer. He’s still intent on stalking his prey.

9. Lioness to the Rescue 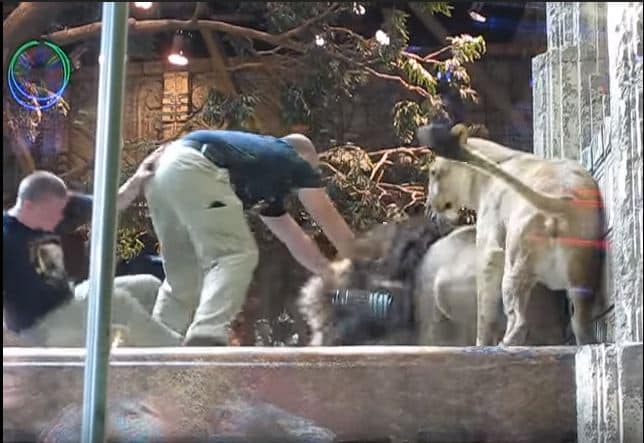 The other trainer gets a big assist from the lioness, who acts to shield the man from harm. She stands between the trainer and the lion. The lioness must have been trying to stop the attack. 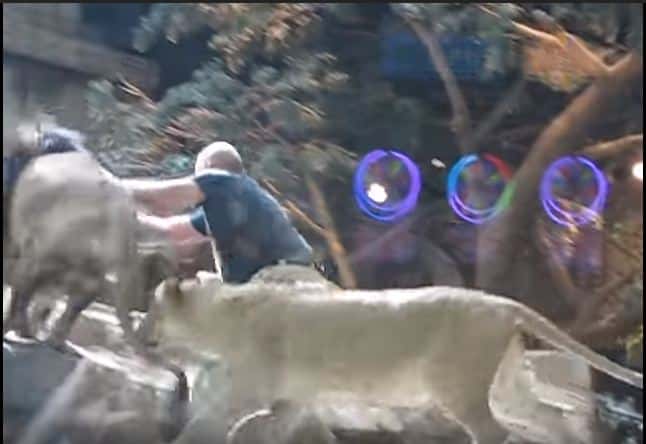 Big cat expert Dave Salmoni told CNN that the lion appeared to be trying to show dominance over the male trainer. The impulse may have started after the man “stiffened” when the lion looked directly at him. “What that tells the lion is that guy’s nervous,” which the lion interprets as a need to dominate. 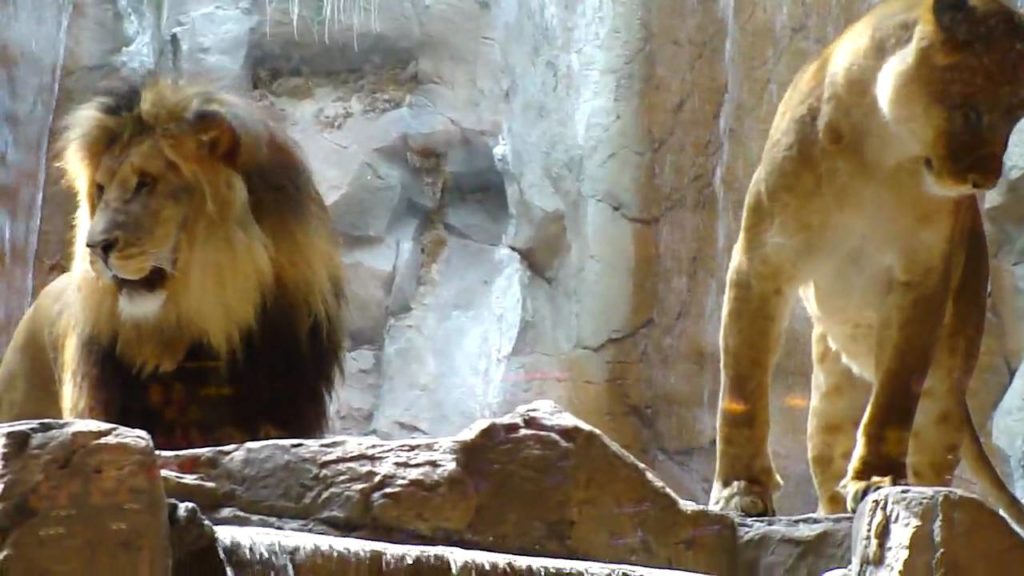 Salmoni characterized the lion as a teenager. “He went over and was doing what I would consider to be like a teenager testing his boundaries. He went in and said, ‘I know I’m not allowed to bite people but I’m going to bite you and see what you can do back to me.'” 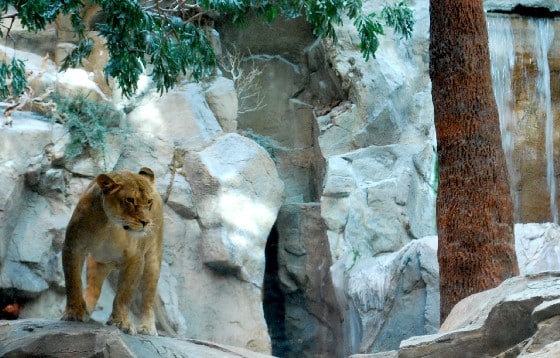 Salmoni himself once survived a similar attack. “It was definitely him saying, ‘I’m the boss here,'” he said. Although critics were quick to weigh in on the situation, Salmoni does not think MGM was at fault. The hotel’s spokesperson defended the lion habitat, stating that the trainers “uphold the highest safety standards at all times.” 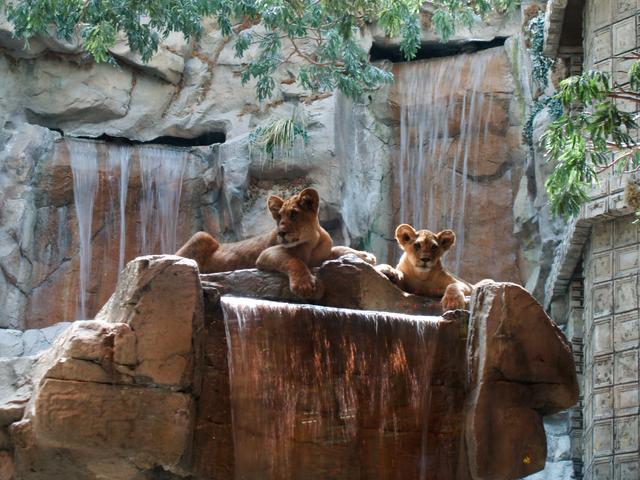 “The animals are displayed on rotating shifts at the habitat, just one day per week,” said Gordon Absher, spokesman for MGM.  “Incidents, where animal handlers are bitten, are very rare.” The trainer recovered quickly and returned to work. However, MGM ended the habitat in 2012. 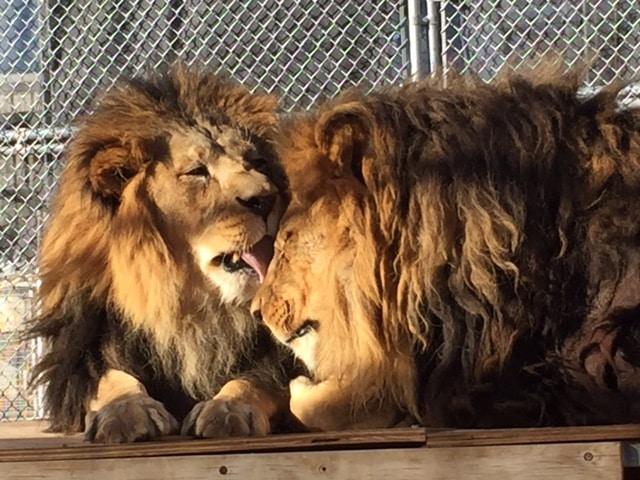 Keith Evans, an animal expert, was responsible for overseeing the lions at MGM. At the time they lived as what is described as an off-site “desert compound.” Evans owns Lion Habitat ranch, which is home to 44 lions, a giraffe, macaws, ostriches, and other birds. Evans spent 15 years running the MGM lion exhibit. 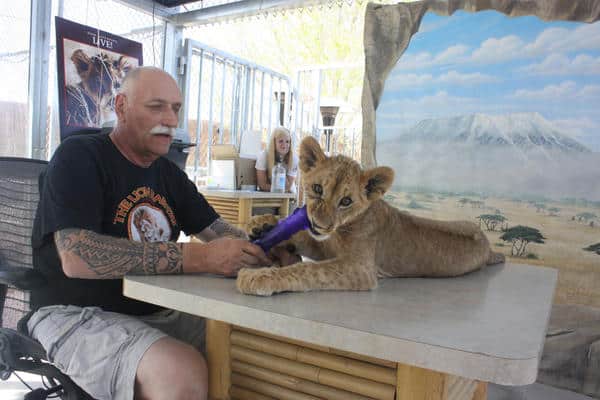 For 15 years, Evans and his staff would commute to work with the lions in tow. Evans then opened his ranch to the public and established the operation as a registered charity.  It is the only place in Nevada that people can see lions. 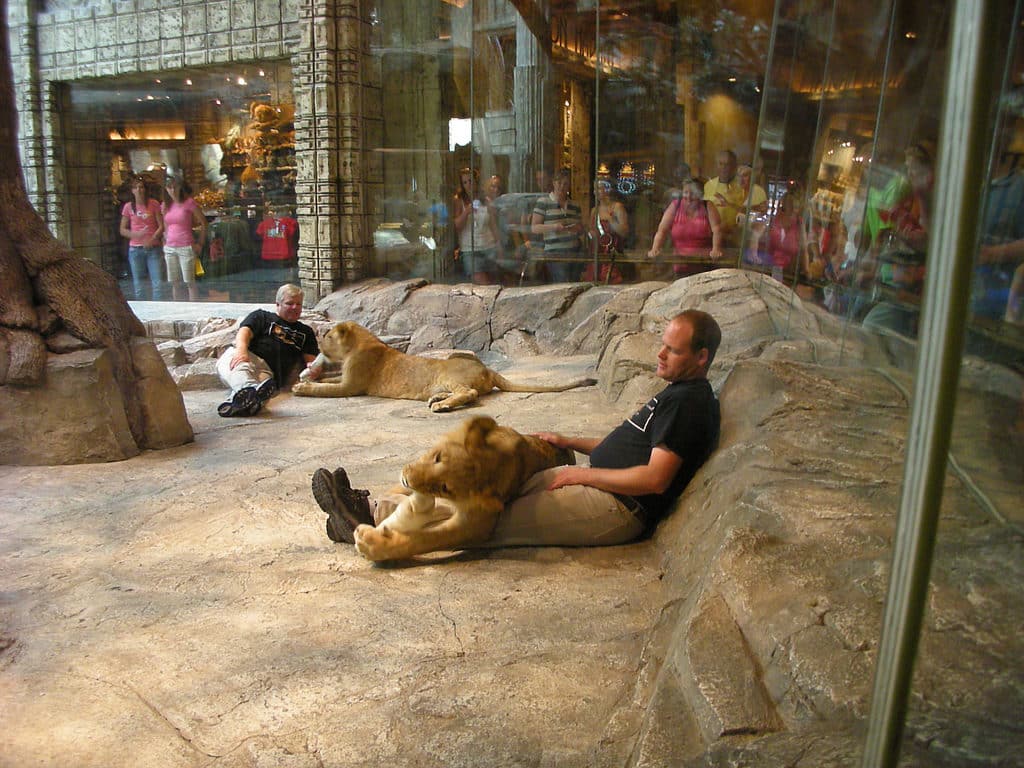 The Ranch allows guests to engage in many different activities as they observe the animals. They can take a picture with a male lion – albeit through safety glass. Visitors can also feed the giraffe by hand, and even feed the lions through a safety fence. Watching Evans and his team feed the cubs each day is a fan favorite. 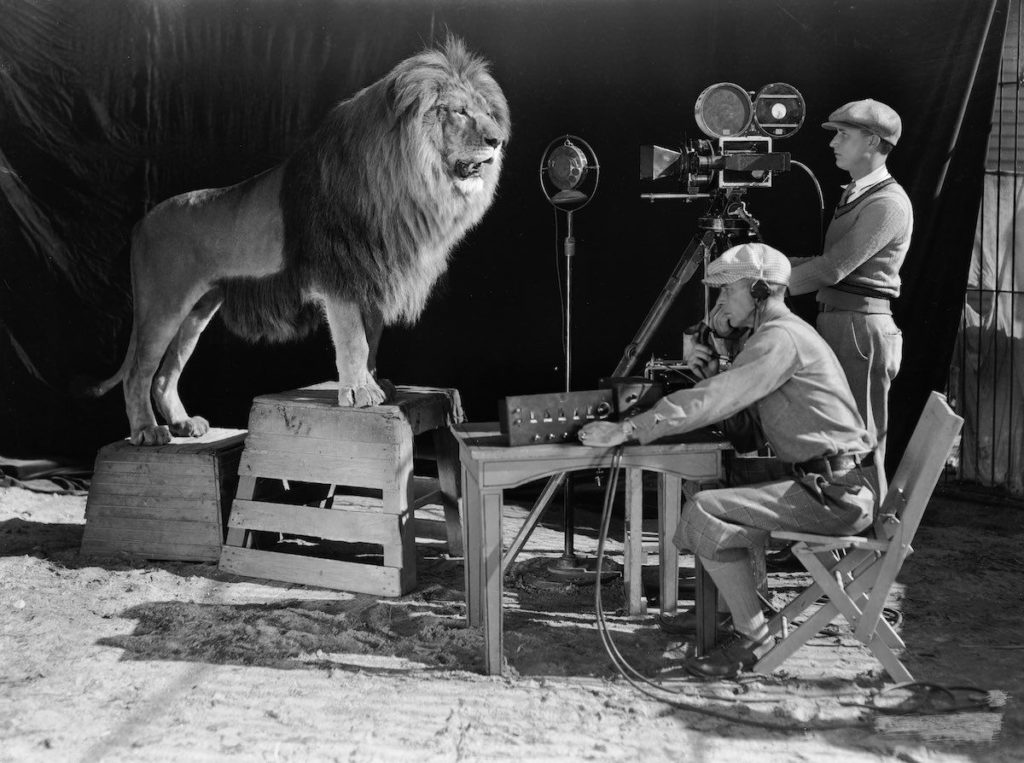 MGM’s lion habitat opened in 1999. Twenty of Evans’ lions would rotate in and out of the exhibit. Evans was unhappy with the corporation’s decision to end the exhibit, which was part of a major renovation of the entire property. As Evans noted, the lion is the symbol of MGM and appears before every one of its movies.