Woman Rescued These 4 Lions As Cubs, Now They Treat Her Like Leader Of Their Pride


How many of us are daring enough to head into a lion’s cage all alone without any safety gear? The answer would probably be not many. However, one woman has managed to assert herself as the leader of a pack of 4 lions. How did she manage to do this? Well, her fascinating background story explains the fascinating relationship she shares with these lions. 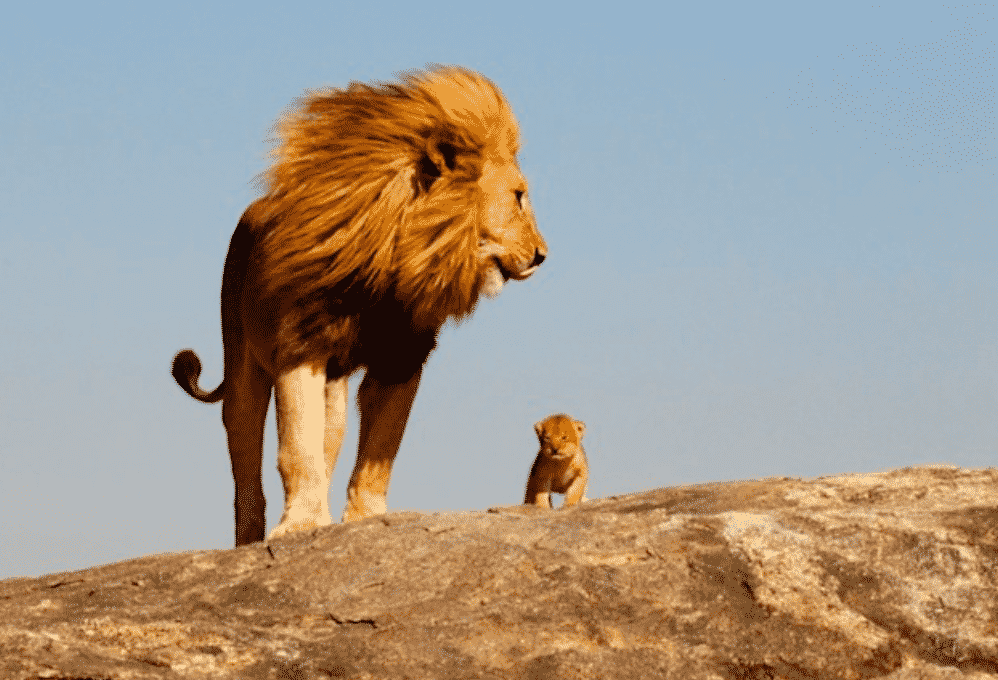 Lions are incredibly fierce and regal animals. After all, they aren’t called the king of the jungle for nothing! A lion is definitely not the kind of animal you’d want to mess around with or anger. 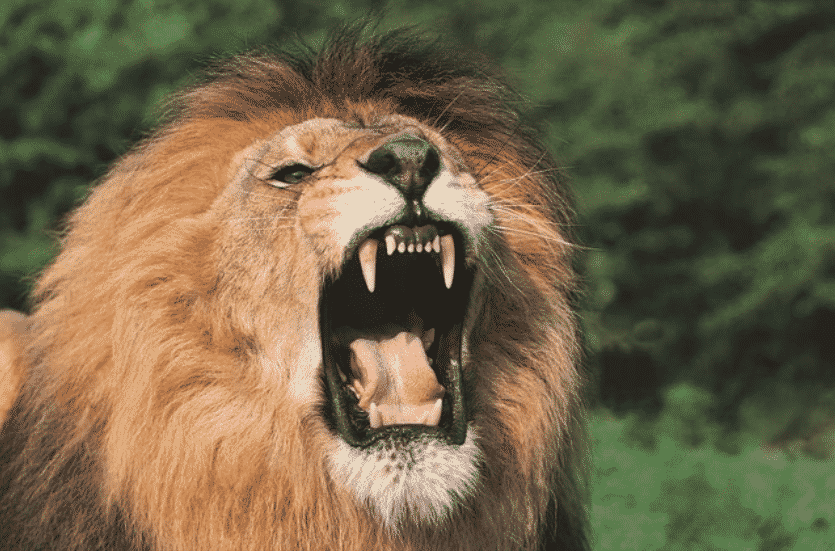 Due to their hunter nature, it can seem impossible to ever tame a lion. However, one woman has managed to figure out the secret to taming lions. In fact, she has also managed to place herself as the leader of the pack. 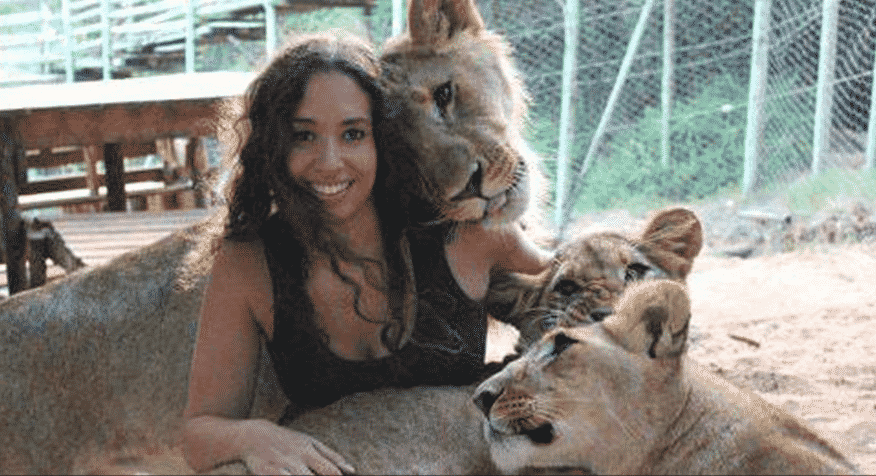 Or Lazmi is an animal trainer and manager at Seaview Predator Park. The park is a privately-owned establishment in Port Elizabeth, South Africa. It is at this park that Lazmi discovered an innate talent she never knew she had. 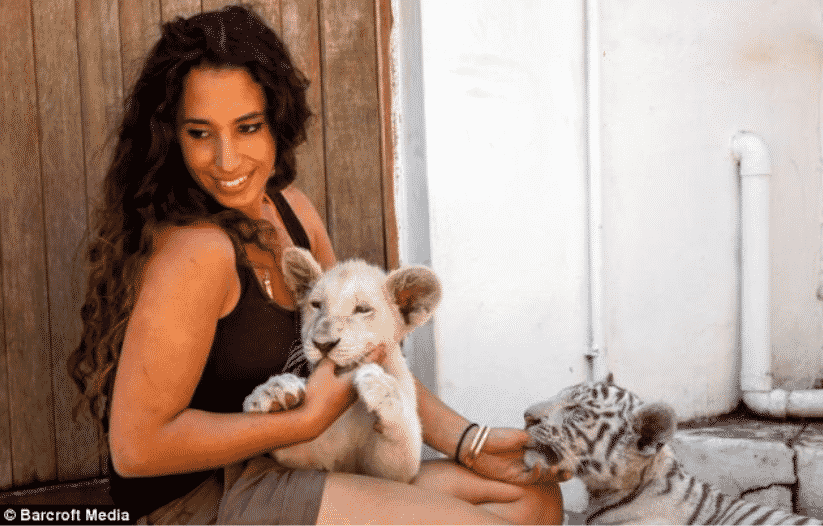 When four lion cubs were brought to the private park, Lazmi was the first to begin caring for them. She quickly became their mother figure as she raised the lions for the next 17 months. This helped solidify their bond. 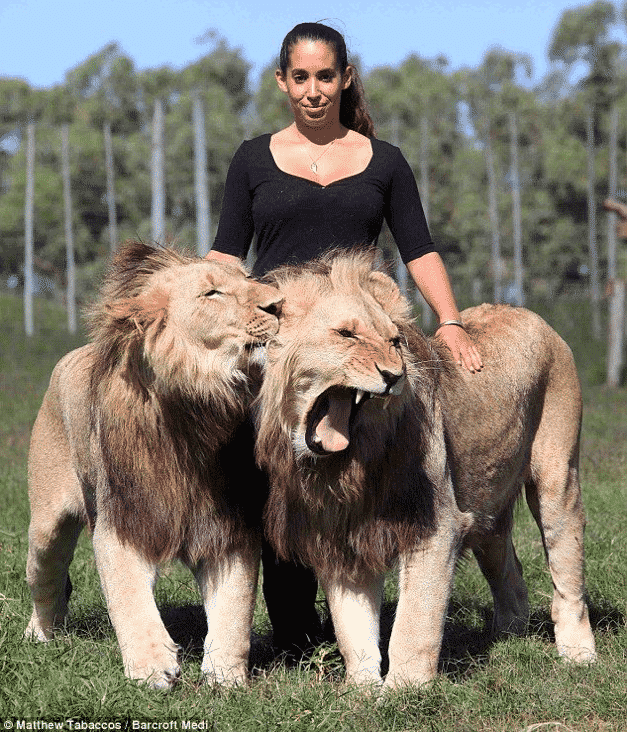 Since Lazmi raised the lions since they were tiny cubs, they quickly associated her as their mother figure and thus greatly respect her. They view Lazmi as a dominant figure in their lives and wouldn’t dare hurt or disrespect her. 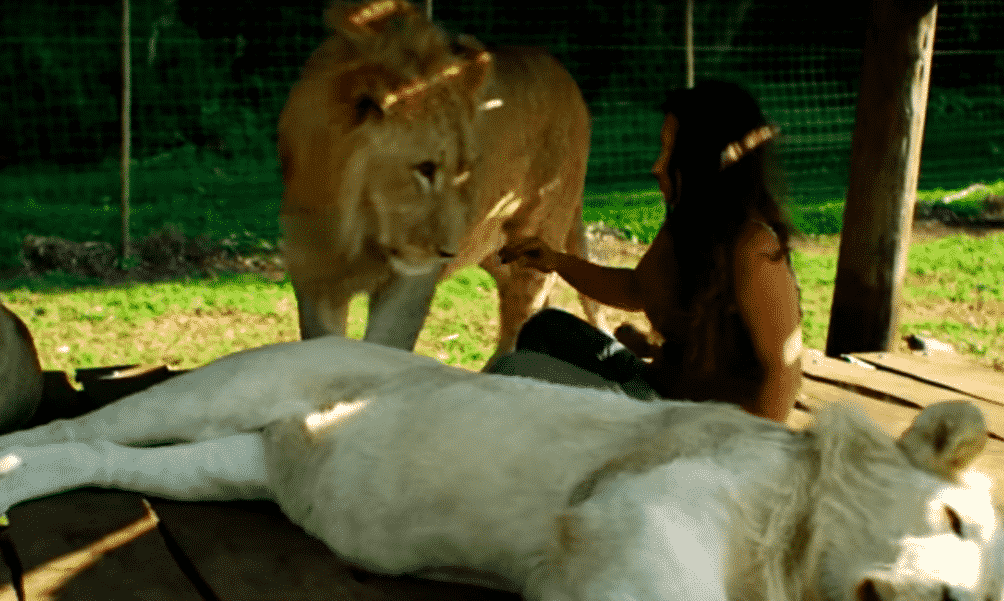 Even though the lions have grown into full adults at this point, Lazmi still approaches them with the greatest of ease. Lazmi often heads into their enclosure without anyone else and just hangs out with her lion children. The lions have an amazing reaction to her. 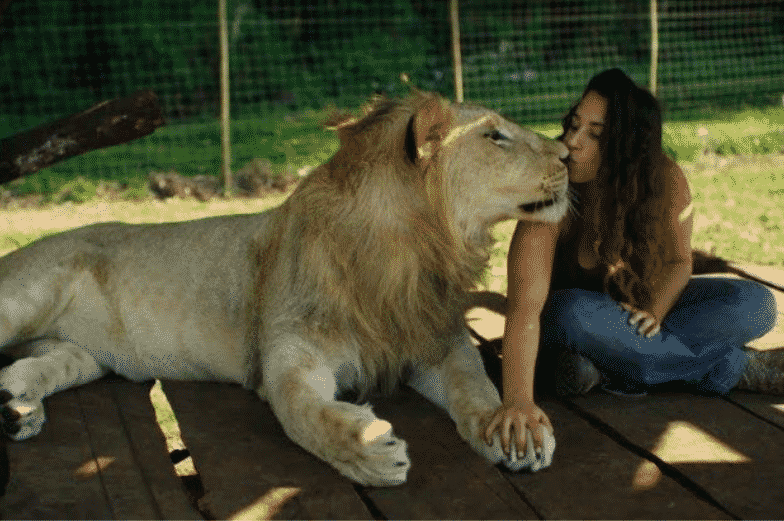 Without any worries or doubts in her mind, Lazmi heads into her lion’s enclosure. The lions quickly perk up at the sight of their mother! They begin to shower Lazmi with hugs, kisses, and all sorts of different affections. 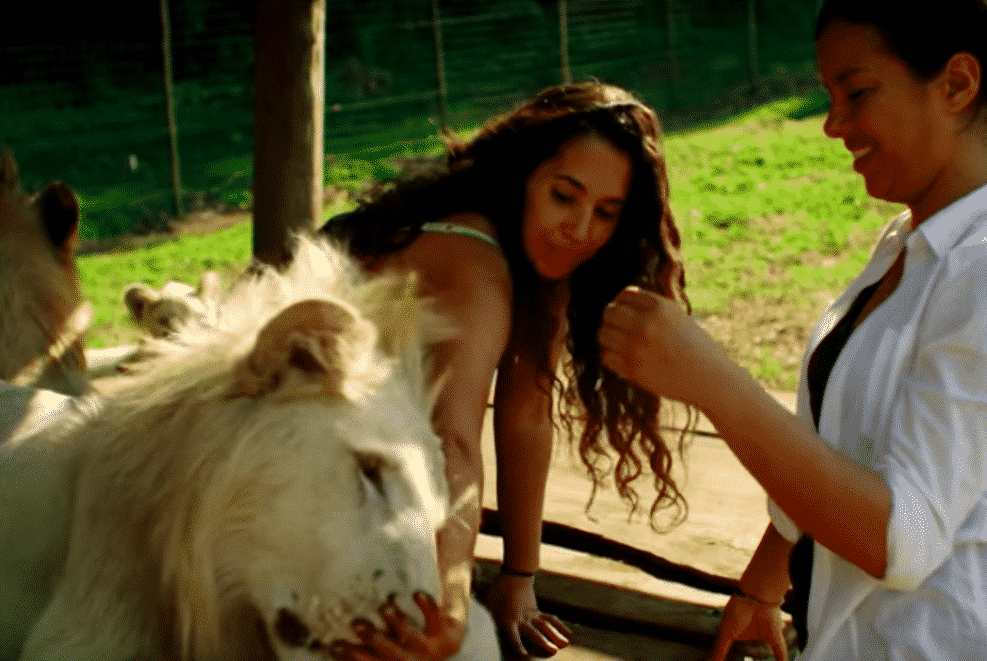 Lazmi is so confident in her pack leadership, that she also invites others into the enclosure with her. In an interview with Animal Planet, Lazmi explained how the situation would be quite different if the visitors would head inside the enclosure without her. 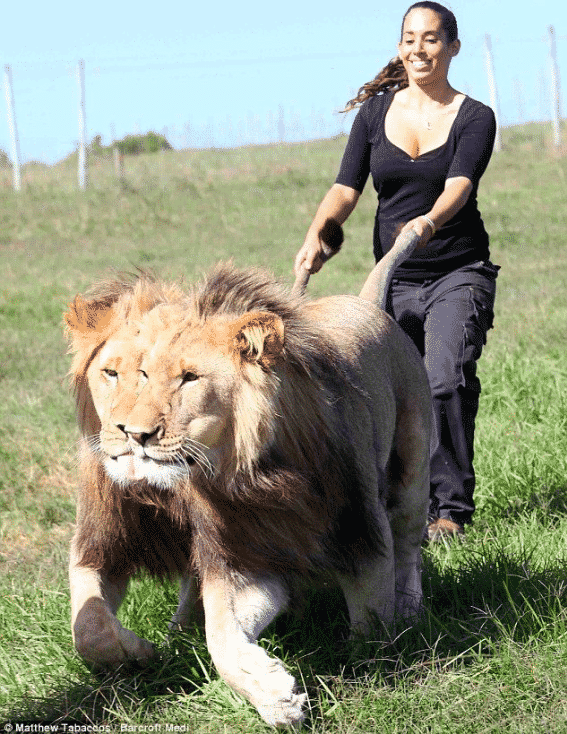 While being interviewed, the biggest question on everyone’s mind was how this woman managed to create such a close bond with the lions. After all, they never seem to want to attack her or act viciously. In fact, it seems that her presence actually calms the lions down.

“We respect them as wild animals, to start off with. I think that’s one of the key points. We don’t train them; we don’t do anything like that,” Lazmi explained in the interview. Then she went into greater detail describing the value of mutual respect between her and the lions. 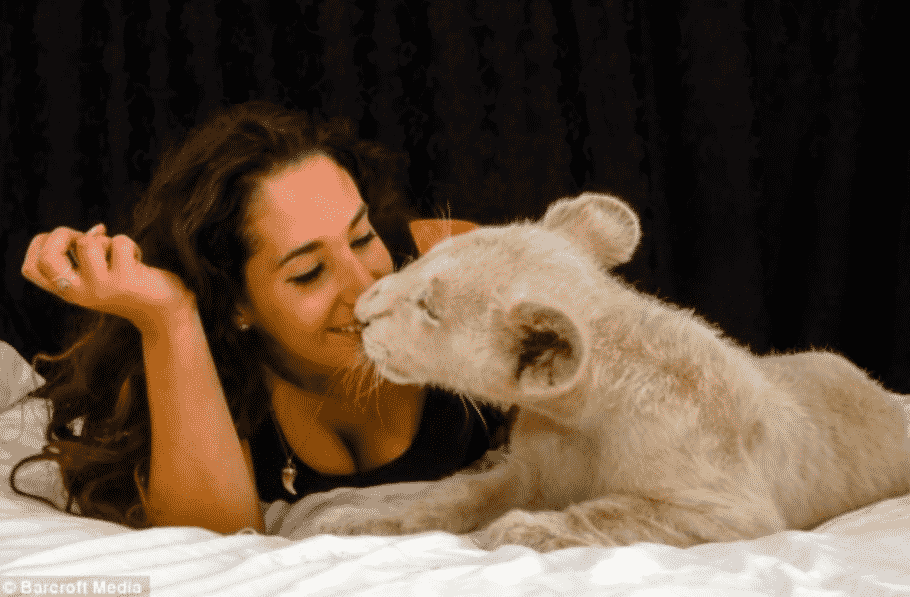 “You basically need to earn their trust and their respect. They’ve known me as a constant dominant figure in their life since they were babies, and that’s why I’m able to go up so close to them now.” Still, she wouldn’t advise any visitors to head into the enclosure without her. 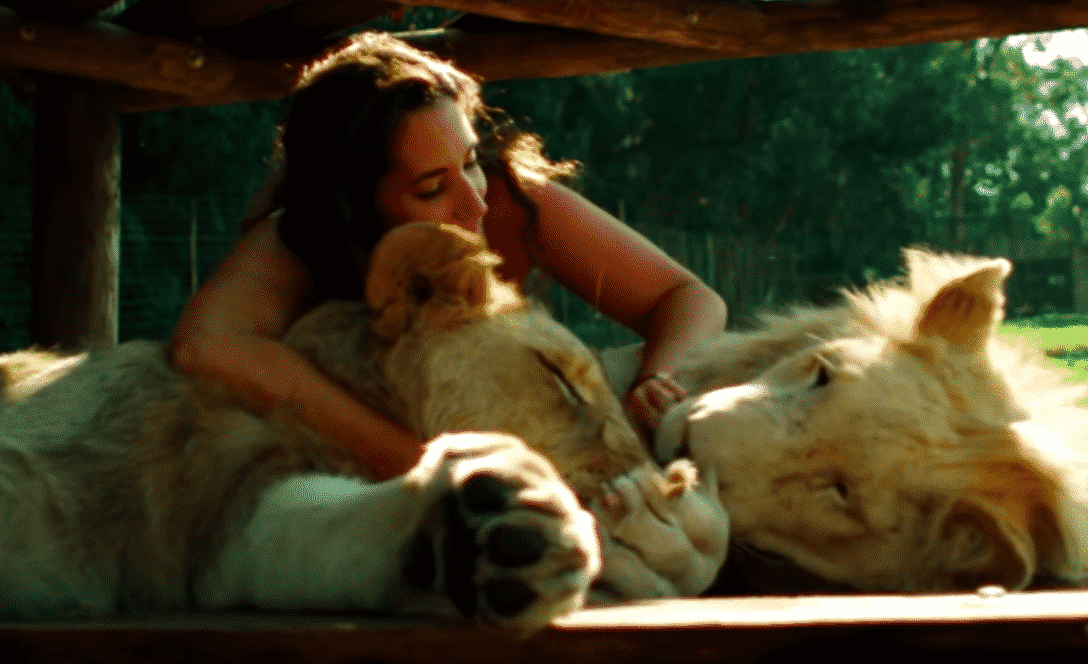 “That would be a totally different story,” Lazmi said when asked about visitors going into the enclosure without her. “That’s why it is important to us to remember they are wild animals, so their instincts can stay there.” 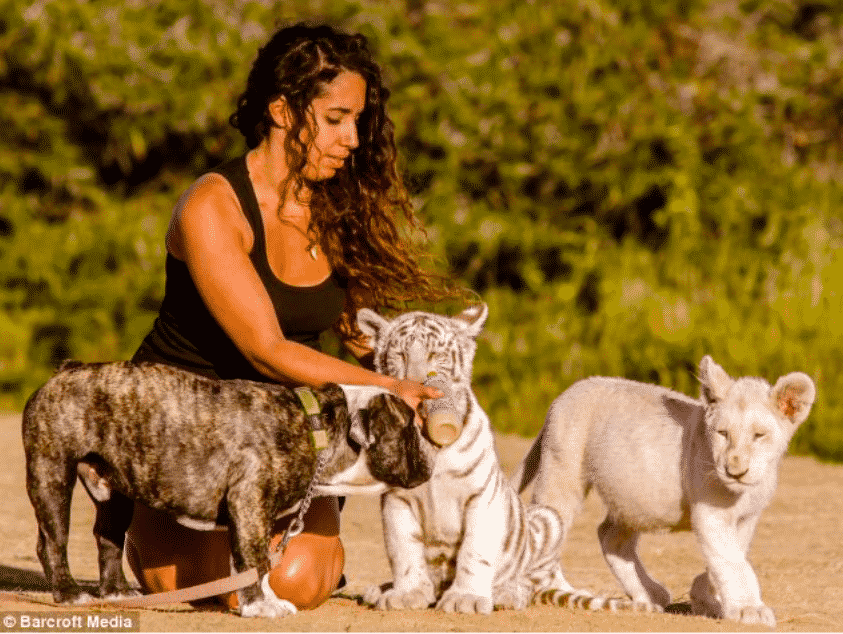 When most people hear about the relationship shared between Lazmi and her lions, they are shocked! After all, maintaining such a close bond with such ferocious and dangerous creatures seems unrealistic. However, Lazmi says that it makes total sense! 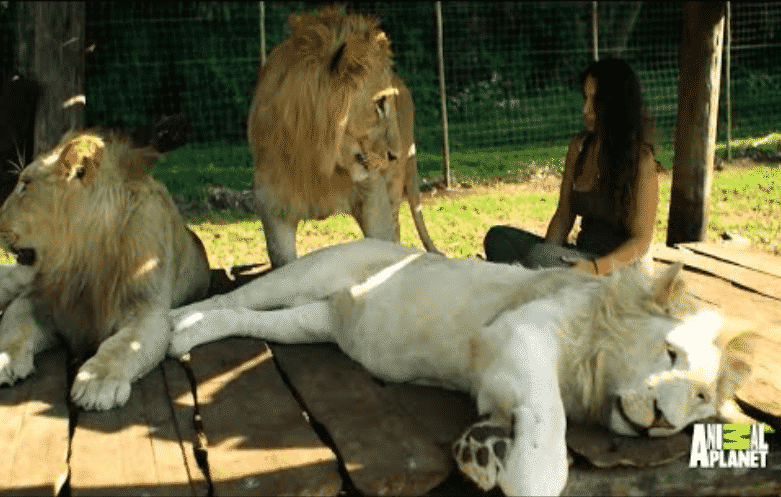 Lazmi has described the relationship shared between her and the lions as intuitive. Since they’ve known her since they were babies they see her as dominant. This is the only reason why she is able to get so close to them as adults. 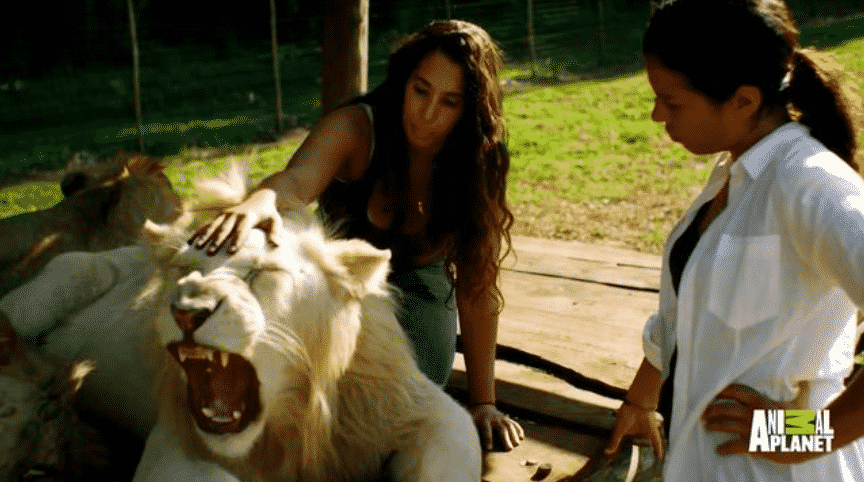 Even though Lazmi has managed to create such a close bond with the lions, she has some bigger plans set out for them in the future. Lazmi is aware that being held in captivity is not a good life for a lion, so she wants to eventually release them into the wild. 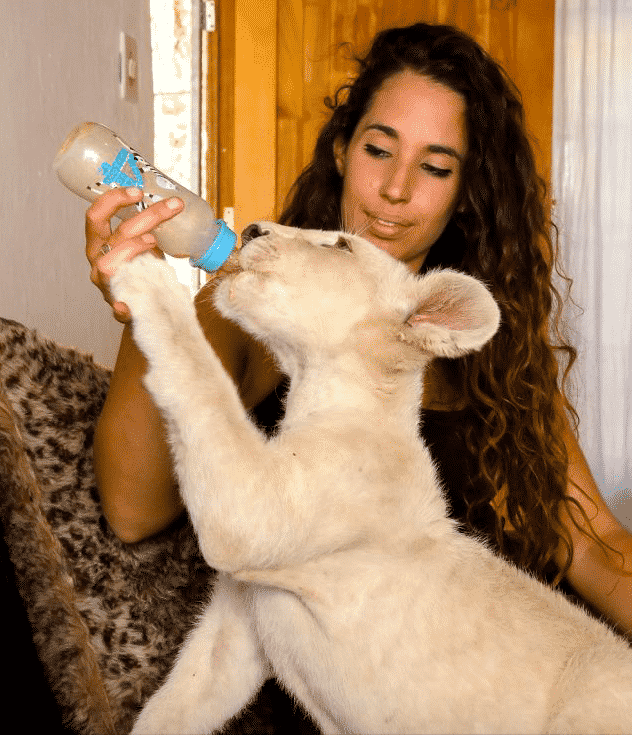 Lazmi has explained that once the lions are fully grown, she intends to release them into the wild and see how they manage. If they are able to successfully adapt, then this could be big news for a lot of other lions currently in captivity. Lazmi hopes to disprove a lot of false ideas as well. 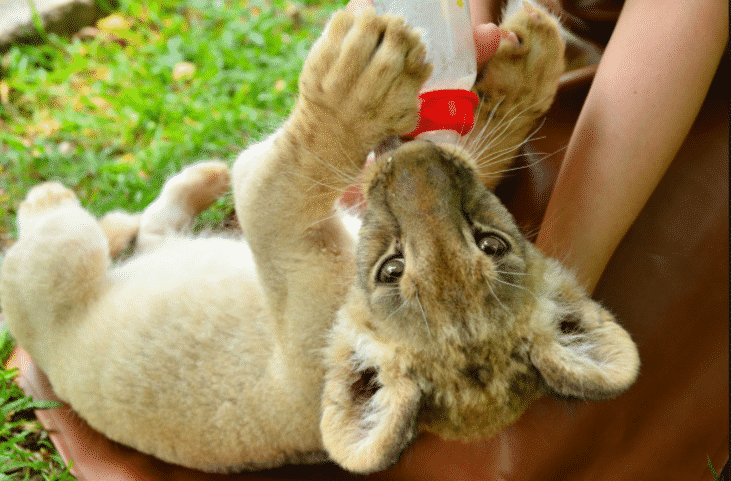 Lazmi hopes to end a lot of misinformation about releasing lions into the wild after they’ve been held in captivity. She stated that many people have the false assumption that lions that have had human contact couldn’t survive out in the wild. 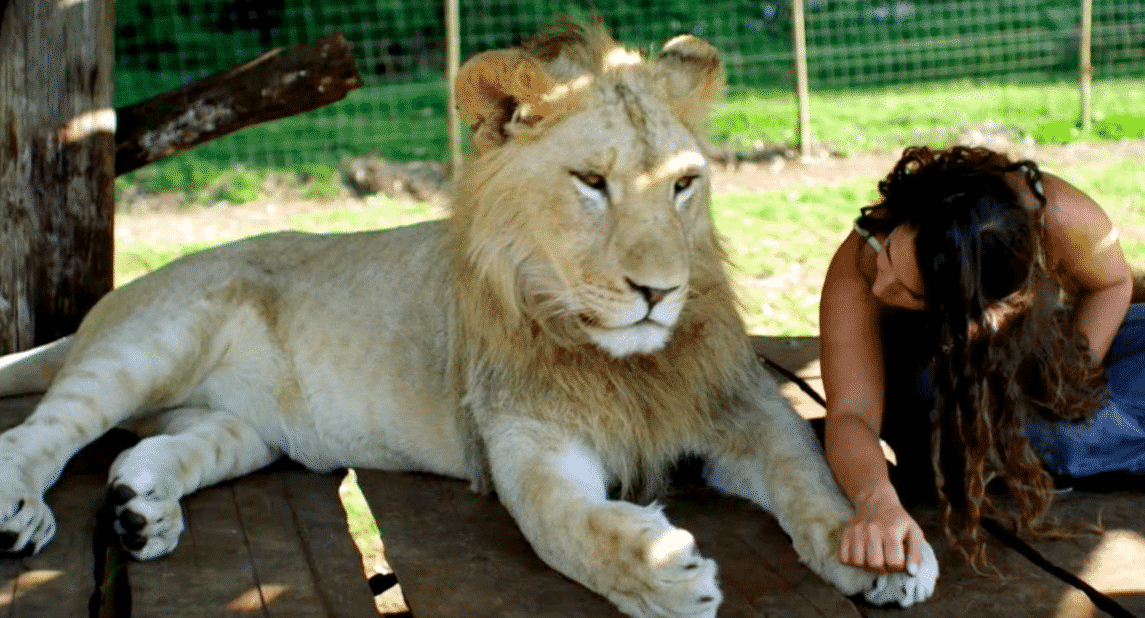 “That’s what we’re hoping to prove wrong, because you have, right now in South Africa, more lions in captivity than in the wild. So if we can take the animals from this situation and prove that you can turn them wild again, then we can be saving quite a few of them.” 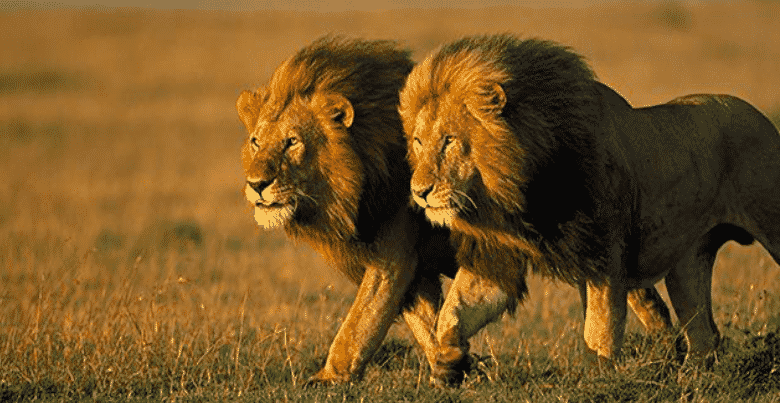 Lazmi’s end goal is quite a noble one. She hopes to help integrate lions back into the wild so that the species will no longer be primarily kept in captivity. Hopefully, her mission becomes a successful one! 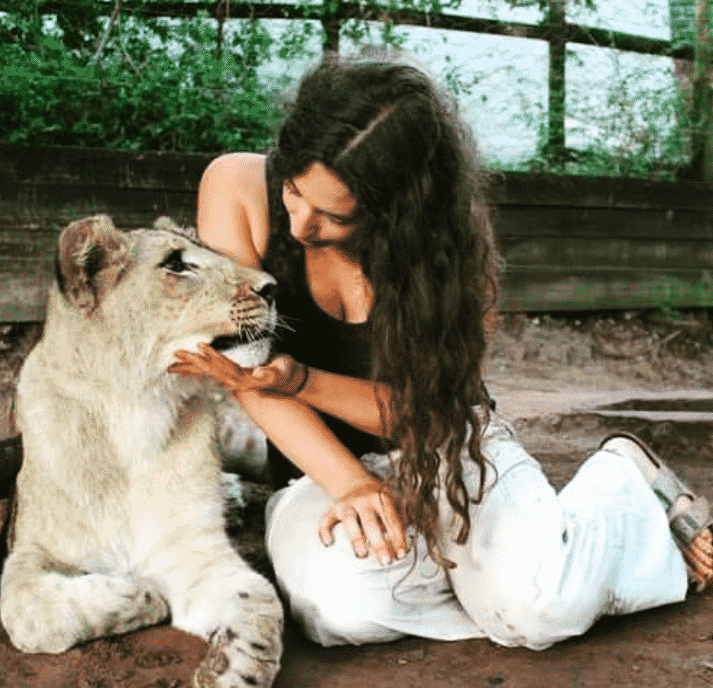 Even though her end goal is a controversial one, one thing is for certain: Lazmi is an amazing animal trainer. Through her dedication to these lions, she has managed to create an unbelievable bond that awes the world.