When these two lions were rejected by their mother, they had no one to turn to. That was, until, one woman came into the picture. She helped raise these cubs and when they were separated the lions were heartbroken. However, one day she comes back to surprise the lions and you won’t believe the heartwarming reaction they give! 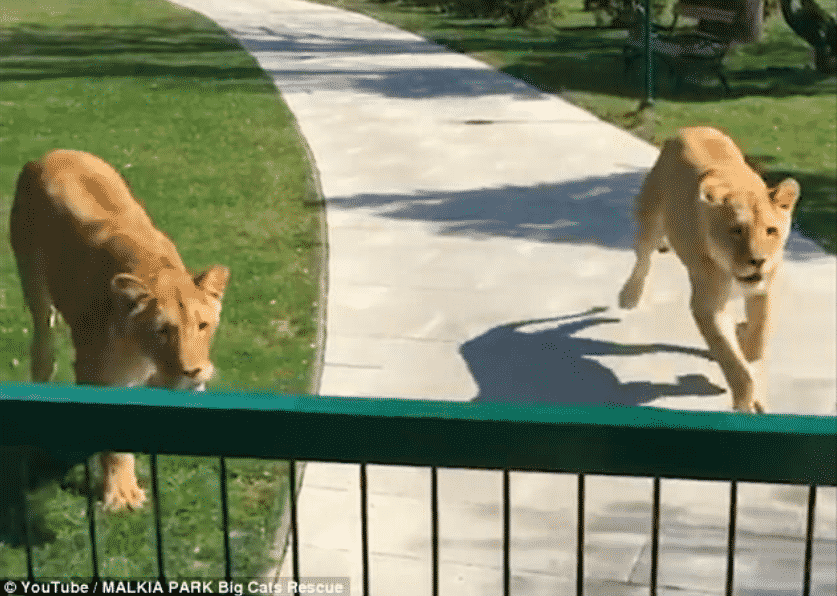 Michaela Zimanova is a woman who happens to have the most interesting pair of children. She happens to be the mother figure to two lions. How did this come to happen? 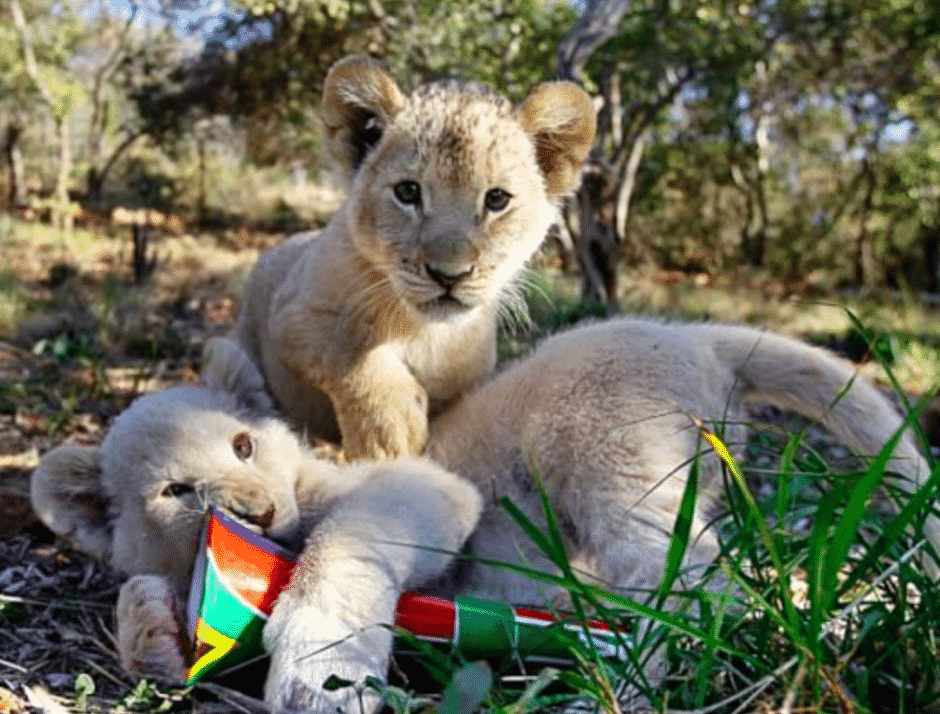 When lions Malkia and Adelle were born, they were immediately rejected by their mother. Their mother refused to have anything to do with them. It was a heartbreaking reality and without a mother to care for them, the lion cubs wouldn’t make it. 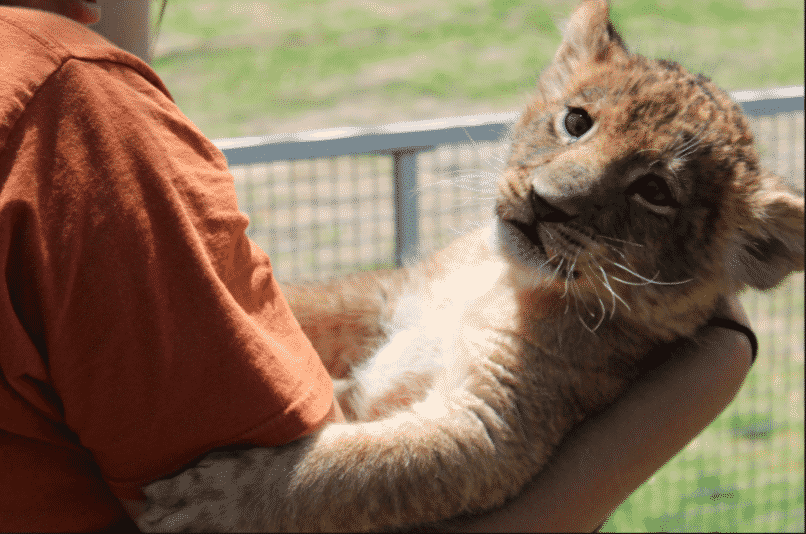 Sensing the severity of the situation, the cubs were immediately rescued by a big cat rescue center in Slovakia. Unlike their parents, who were born into a circus in Eastern Europe, Malkia and Adelle would live a very different life. 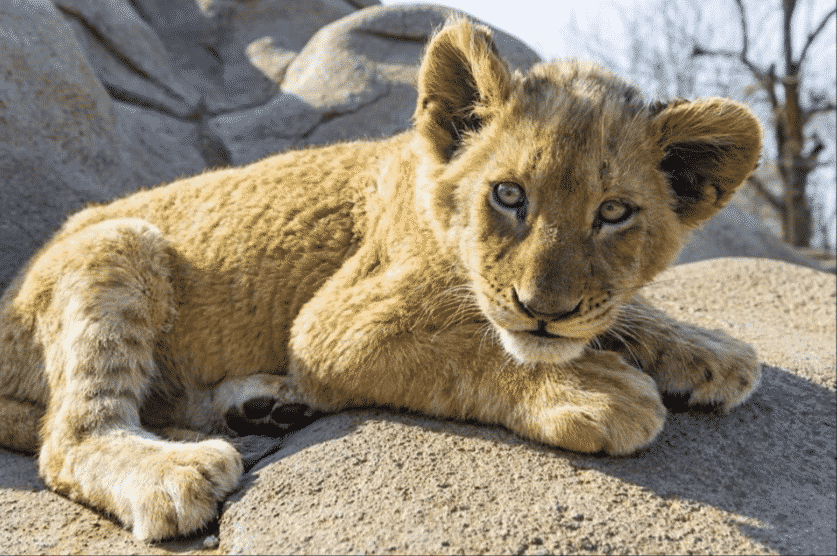 Unlike their parents, who would have to work and perform circus acts, Malkia and Adelle were spared the circus life. Instead, at the cat rescue center, the two lion cubs were able to enjoy a leisurely lifestyle. They could roam, explore, and eat to their heart’s desire. 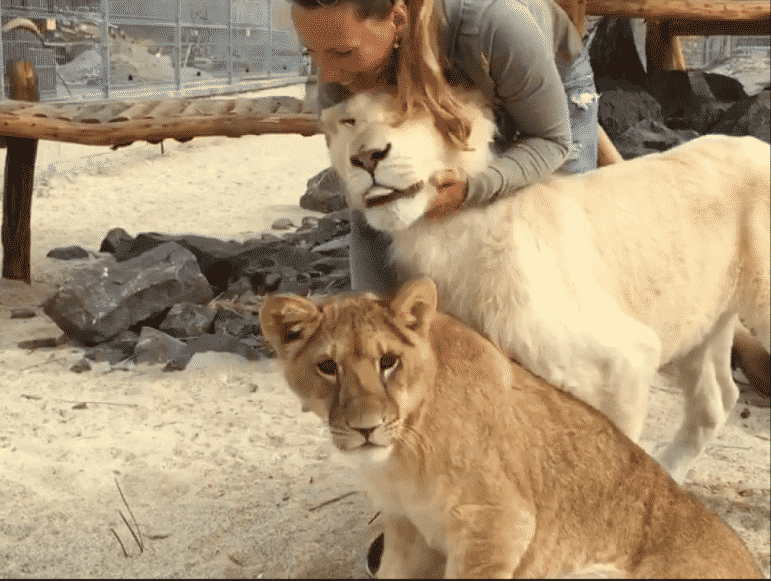 Since the two lions were still only cubs, they were in need of some extra care and attention. That’s where Michaela Zimanova came into the picture. Michaela quickly took on the role of mother to the two adorable lion cubs. 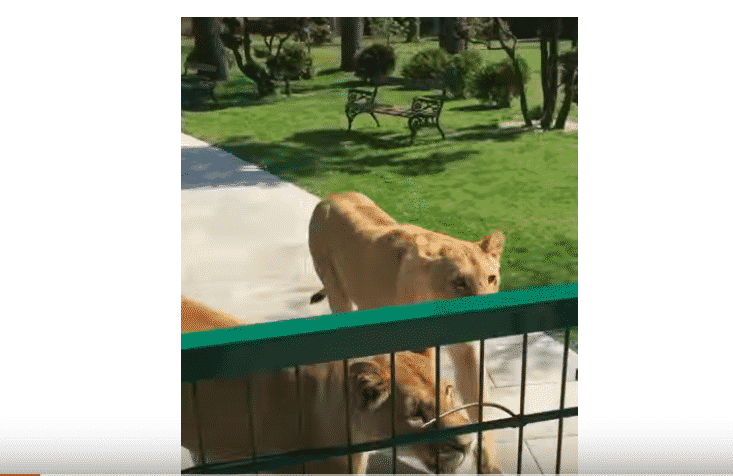 The three of them quickly formed a close bond. In fact, Michaela and a few other humans at the sanctuary are the only parents that the two cubs have ever known. It is no wonder that they are so closely bonded to their human mama. 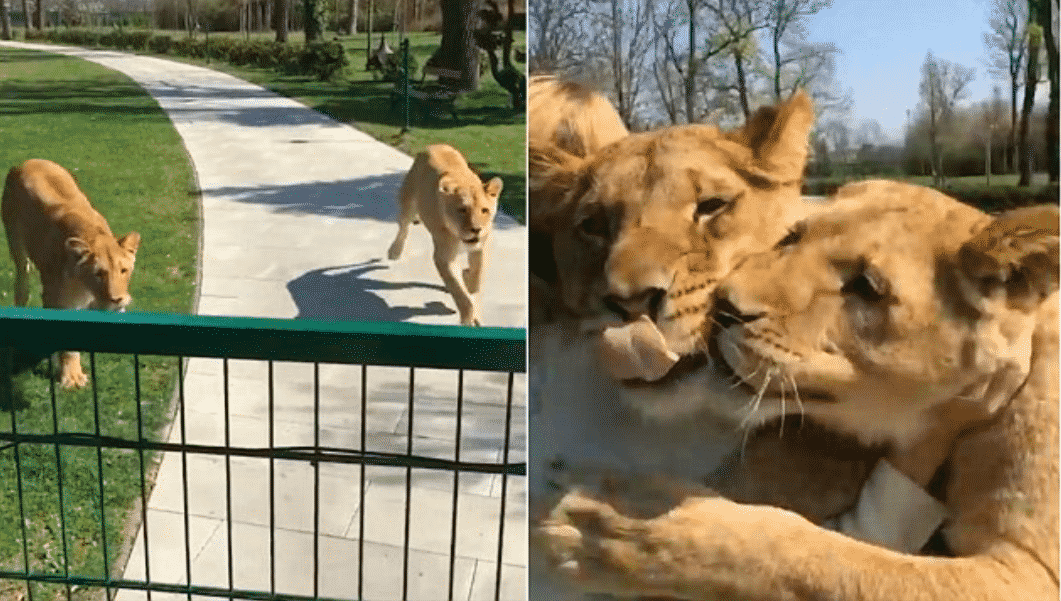 Michaela refers to the two lions as her “darlings” and is always so happy to be around them. However, she isn’t able to always be around for the lions and during times of separation, the lions miss her a lot. When she returns, the lions can hardly contain themselves. 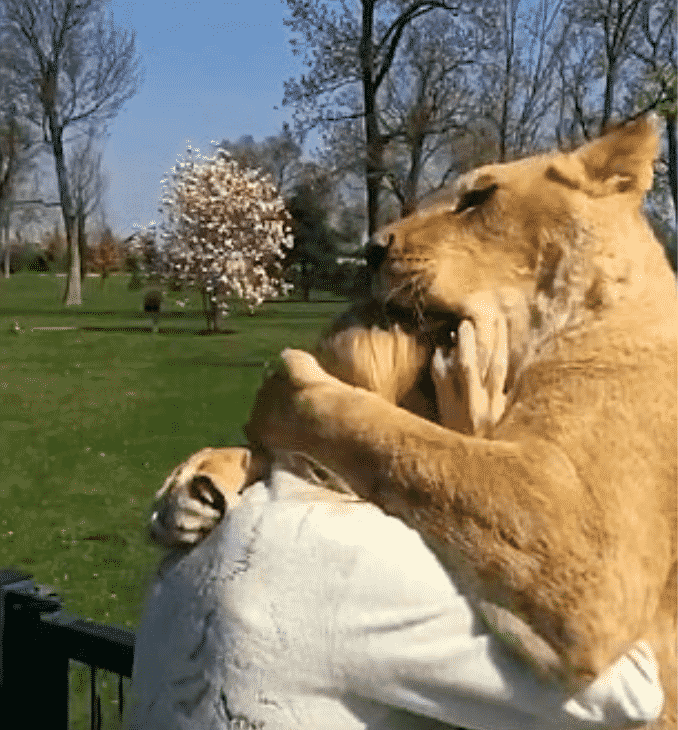 Michaela makes it a habit to visit the lions three times a month in order to put a smile on all of their faces. Since they are adults now, Michaela has had to allow them to grow up on their own. Still, whenever they are all reunited it is smiles all around.

Recently, video footage of the lions interacting with their ‘godmother’ was released. The video footage shows just how excited the lions get when they finally reunite with the woman who helped raise them. You won’t believe what they do! 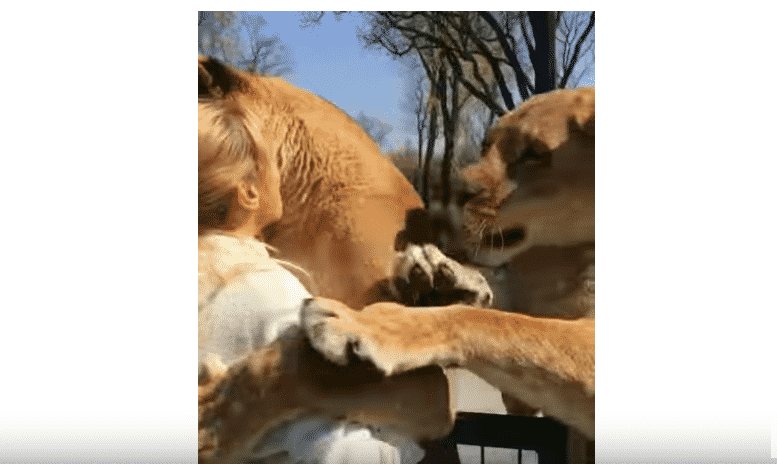 As soon as the two lions catch a glimpse of Michaela from far away they immediately perk up. In the video, you can see the lions begin to stand on their hind legs in order to greet her. The look of pure joy is apparent on their faces, then they do the most amazing thing! 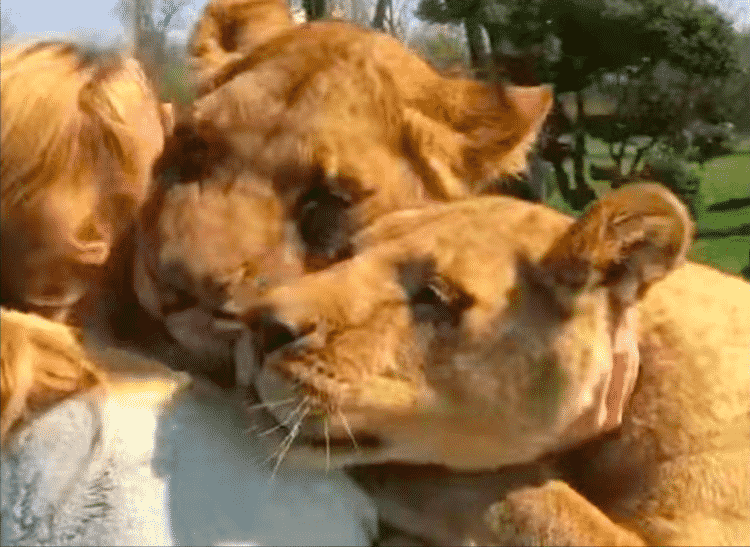 Once the lions are close enough to Michaela, they begin to reach out toward her. They quickly pull her in for a long and warm embrace! It seems these lions are quite affectionate with their ‘godmother’ and couldn’t wait to hug her. 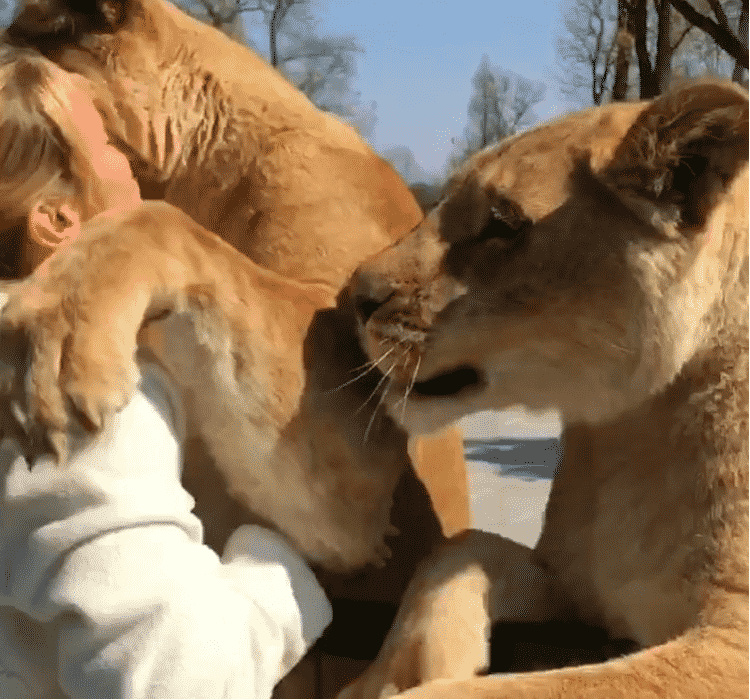 The lions continue to shower Michaela with tons of affection. She embraces them in return as well. Michaela is just as happy to be reunited with her little darlings. She looks forward to each and every visit with them. 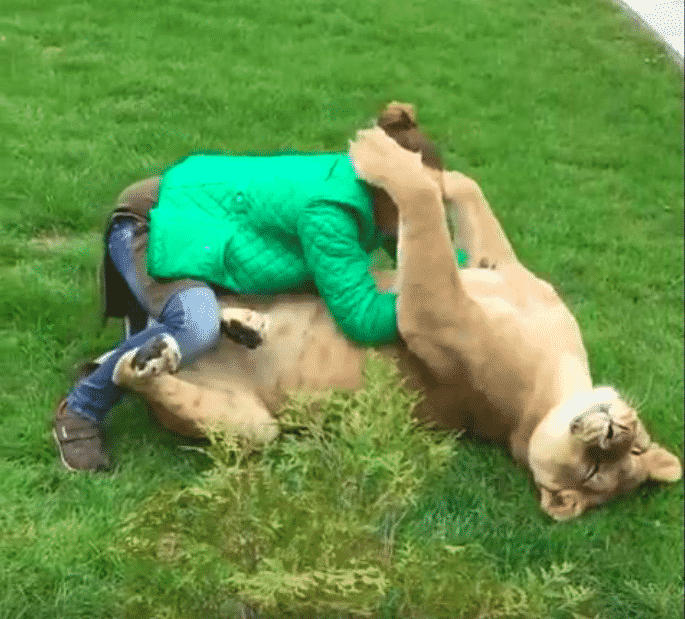 Michaela happens to be one of three people who are allowed to be up close with the two lions. She is highly appreciative and grateful that she is able to engage with the lions so closely. After all, she helped raise them when they were just small babies. 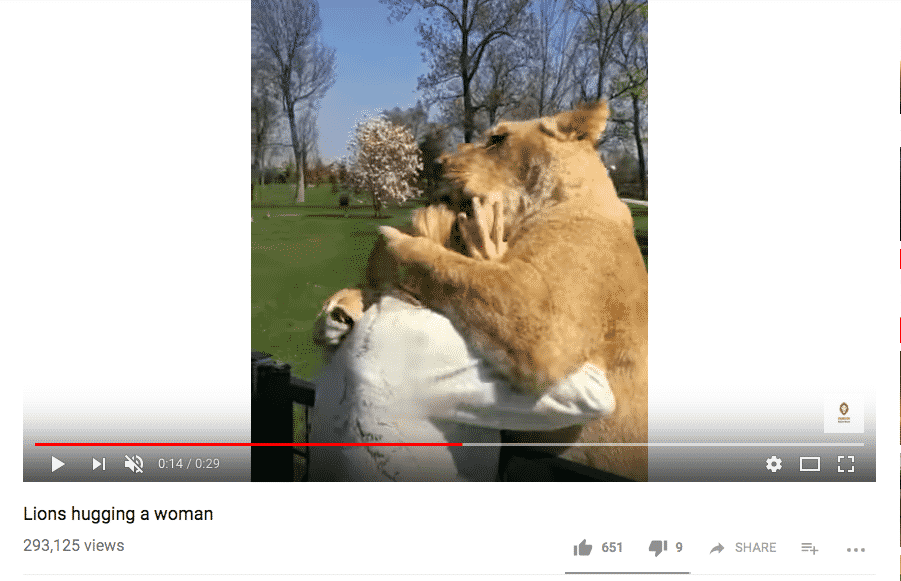 The video footage of Michaela interacting with the lions was uploaded to YouTube and quickly amassed a ton of views. It currently has over 200,000 views and people in the comments section are absolutely stunned by the two lion’s reaction. 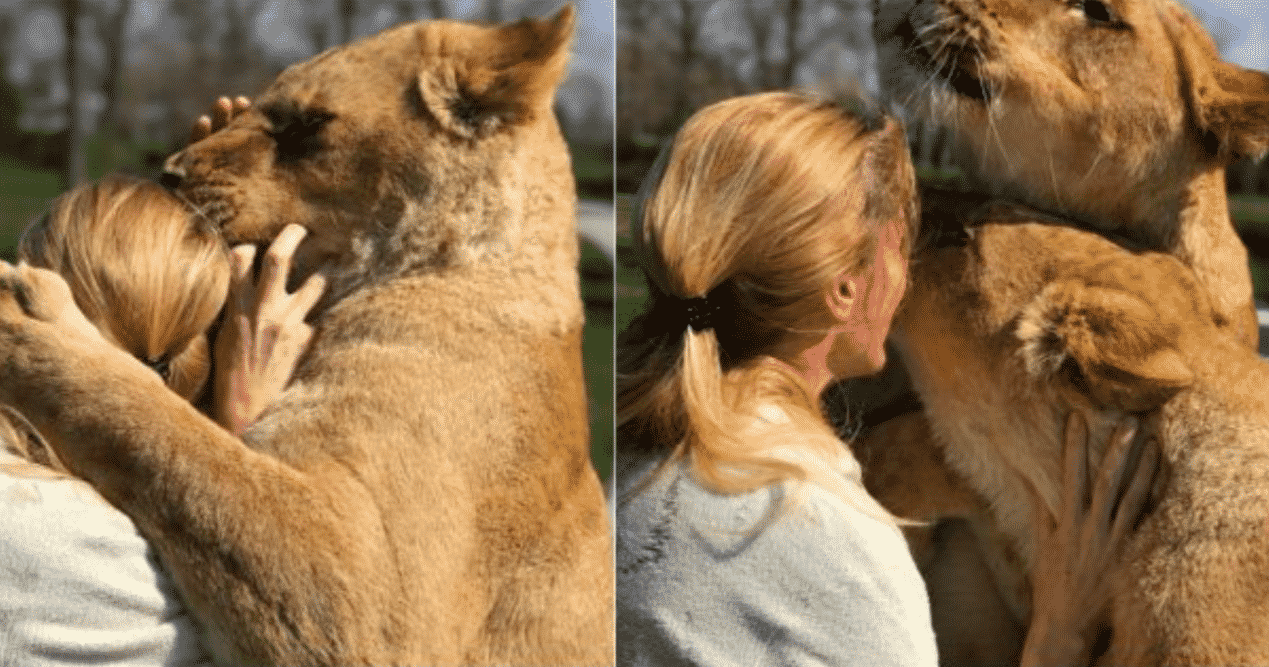 However, recently some very untrue rumors began to spread about Michaela and her darlings. Users online were spreading false rumors that she hadn’t seen the lions in over seven years. A spokesperson quickly spoke up to clear up the confusion. 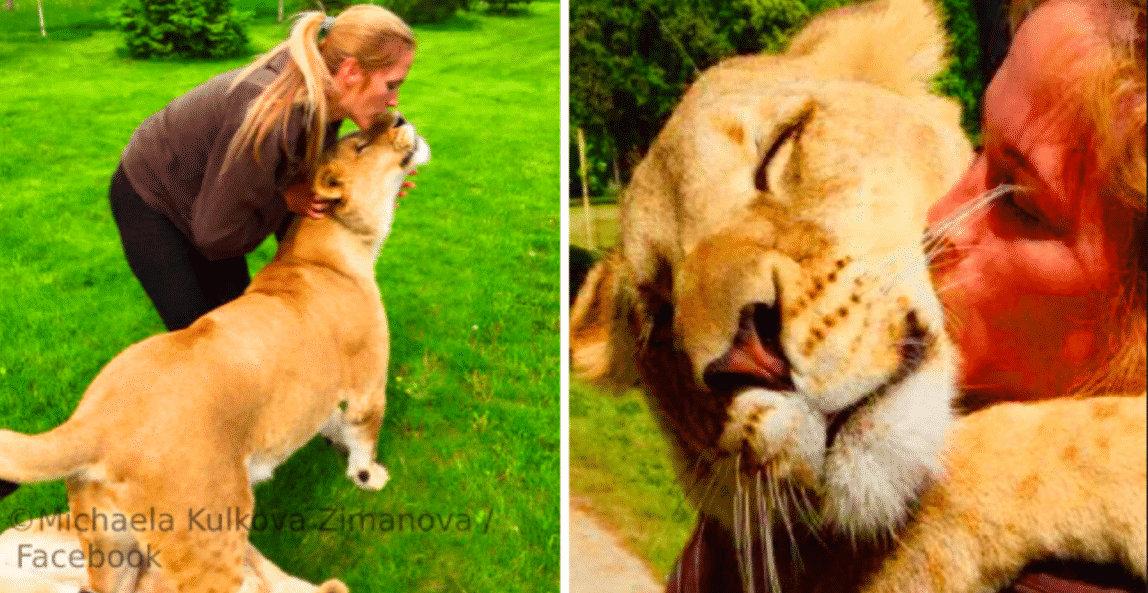 “That’s not the case, Michaela comes to see them sometimes three times a month,” the spokesman explained when asked about the false rumors. Still, many others were concerned that the rescue center casually allows anyone to go in and play with the lions. Once again, the spokesperson cleared up this misconception. 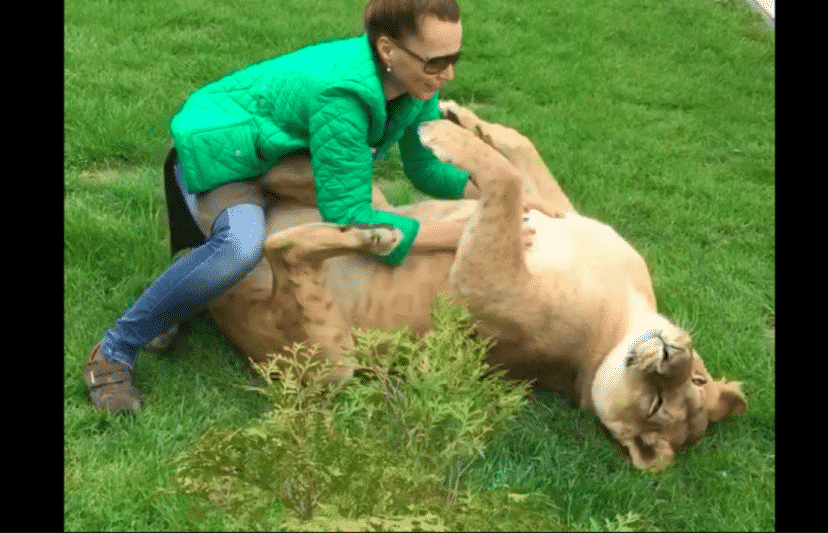 “We never play with them as they are dangerous animals, we respect their mood, and only cuddle when they want. It always takes only those few minutes what you see on the video, sometimes less.” The spokesperson then explained what happens after.

3. Returning To Their Enclosure 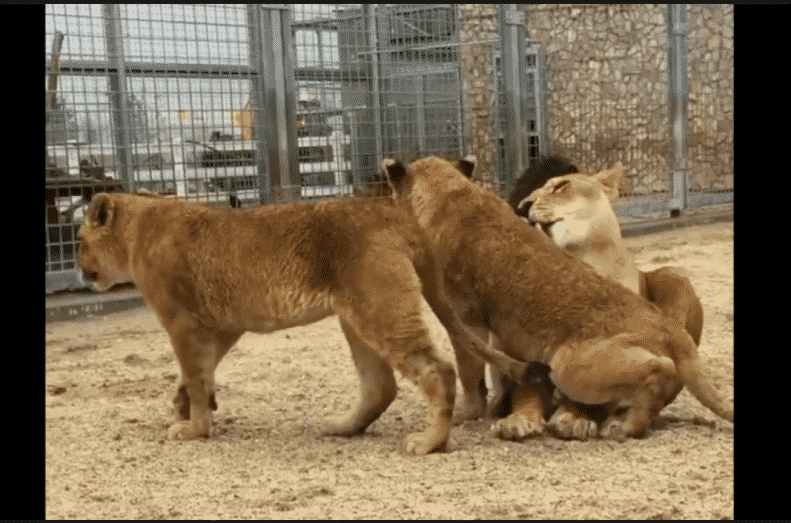 After they have embraced their godmother, the lions typically head back into the enclosure to go about their daily habits. “Then they continue running and playing together. At the age of four, Malkia is a little bit different, she is wilder, so we need to be more aware,” the spokesperson explained. 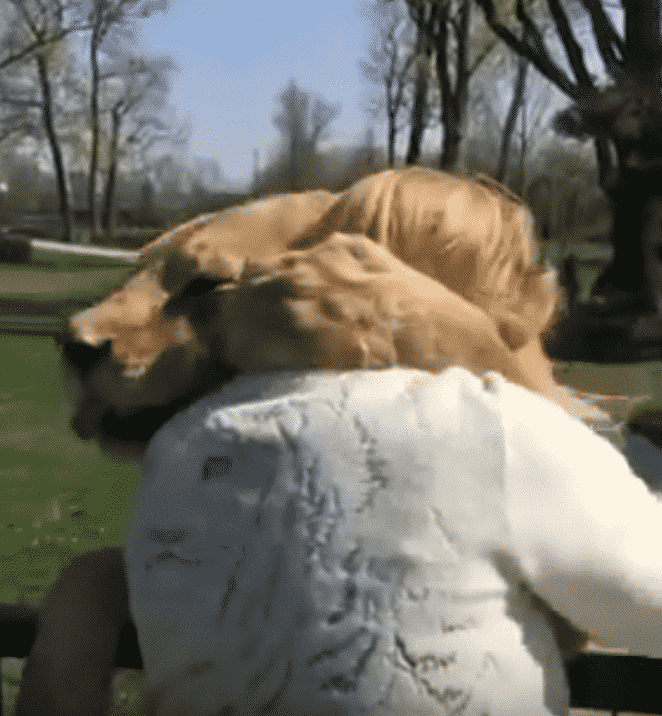 Many people often wonder if Michaela is ever scared when interacting with such huge lions. After all, most of us would be. However, since she had a hand in raising them, the lions treat Michaela like a parent and would never intentionally hurt her. 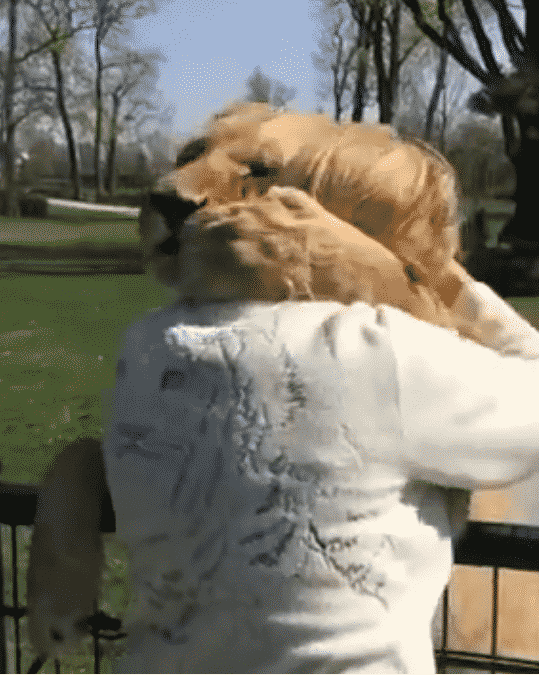 The lions are continuing to live out their lives in the safety of the cat rescue. They are given the freedom to run around, eat, and enjoy their lives. It’s truly amazing to be able to witness such ferocious creatures interact so sweetly with a human they deem as their mother.