This Woman Can Control Any Deadly Shark With Her Hypnotizing Skills


When you think of a giant shark, the killer Great Whites of the movie Jaws are probably the first thing that comes to mind. Or maybe the bloody images that are featured every year for Discovery Channel’s Shark Week. People are taught to steer clear of these ocean predators. However, one brave diver was unafraid to swim against the belly of a shark. Leigh Cobb used hypnosis to become one with one of the world’s most fearsome animals. In the process, she has a message to send about whether people should fear sharks or love them. 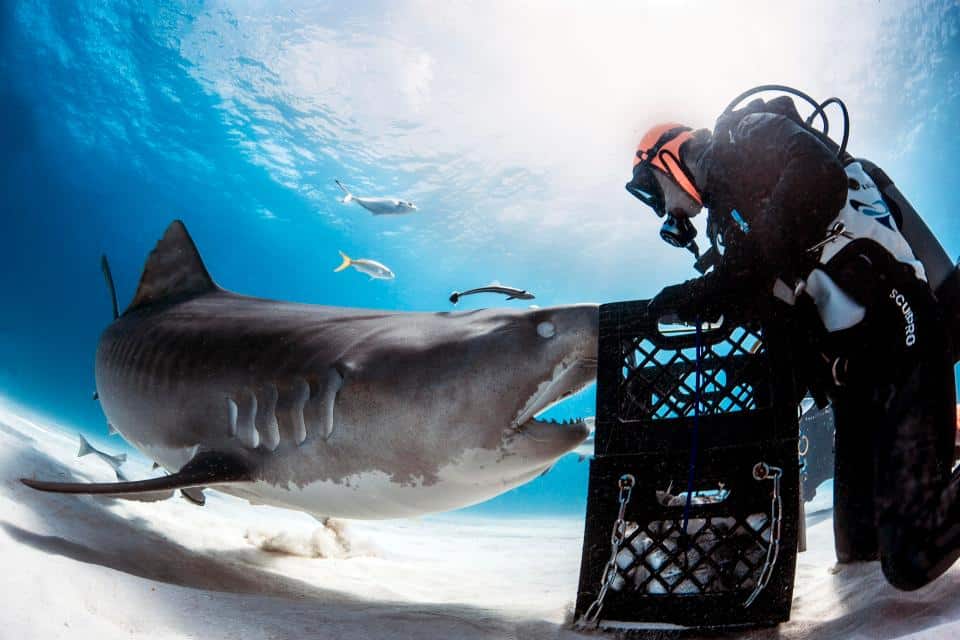 Shark attacks are real – there is an average of 16 shark attacks every year in the U.S., with one fatality every two years. In response, humans kill over 70 million sharks per year! Most people are terrified of the creatures, even though they know little about shark life. Leigh Cobb, a 38-year old diver, wants to challenge the preconceived notions that sharks are dangerous. Her amazing video will leave you speechless. 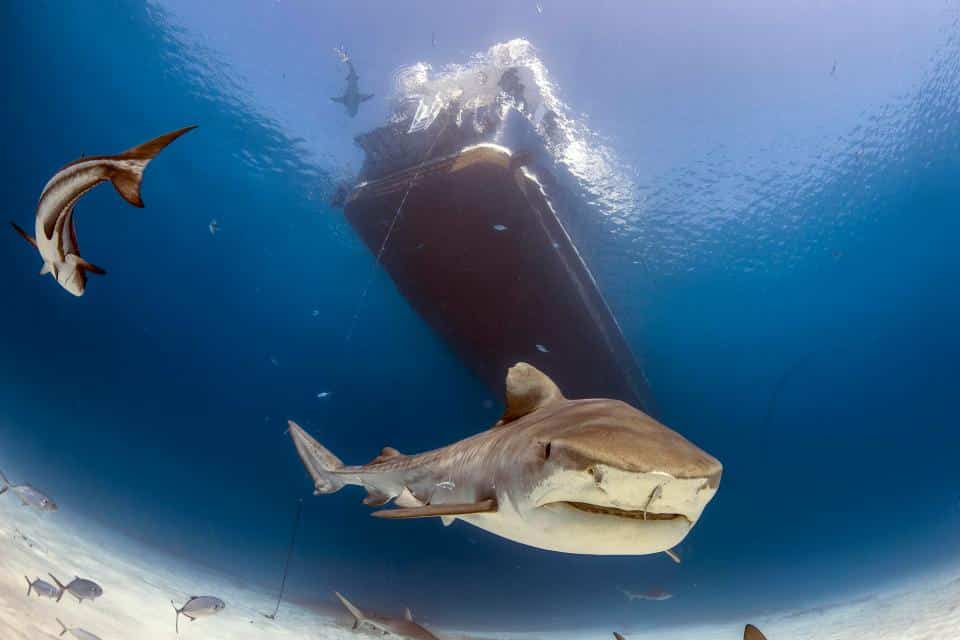 In April of 2017, Cobb was diving off the coast of the Bahamas in an area known as Tiger Beach. A photographer and diver master from Ecuador, Christian Torres, recorded the moment when Cobb feeds and hypnotizes Emma, a famous shark. “In the video, my friend and mentor Leigh Cobb is feeding and rolling the most famous Tiger Shark from Tiger Beach … named ‘Emma’ who is 16′ long,” he told the Sun UK. 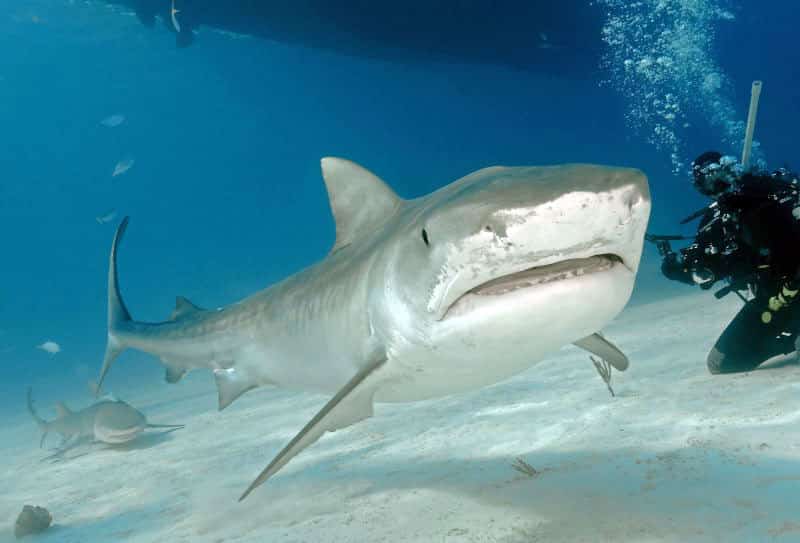 Emma the Tiger Shark is a legend who has her own Facebook page. She was born in the Atlantic and started hanging out near Tiger Beach in the early 2000’s. Photographer Jim Abernethy has become friendly with Emma and he shares her exploits whenever he spots her along the Bahamas Coast. 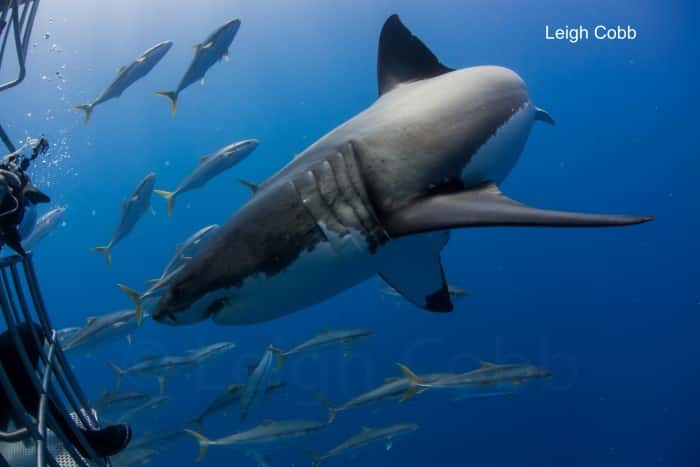 Unfortunately, the common fears about sharks have led to many people killing these animals. Tiger sharks are nocturnal hunters who are mostly solitary. Fishing and finning by humans have taken a toll on Tiger Sharks, and it is now a threatened species. Dedicated advocates like Cobb want to change all that. 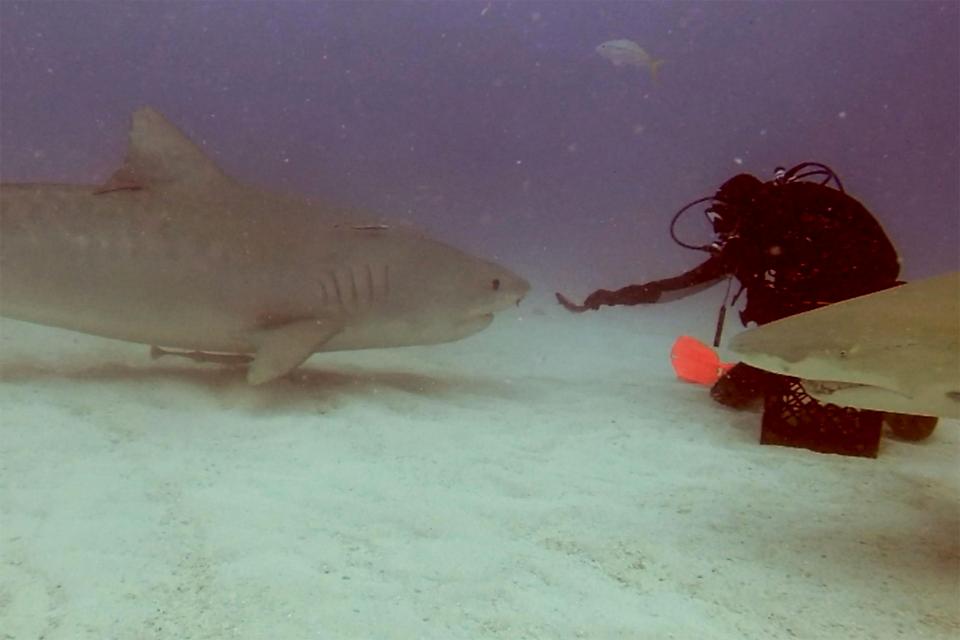 The video shows Cobb in her natural habitat. The diver slowly swims over to Emma without any concern about being attacked. The first thing she does is reach out to stroke Emma’s nose. This movement stimulates sensory pores on the shark’s snout. The shark lets Cobb do it without any problems at all. This is just one step in a special technique. 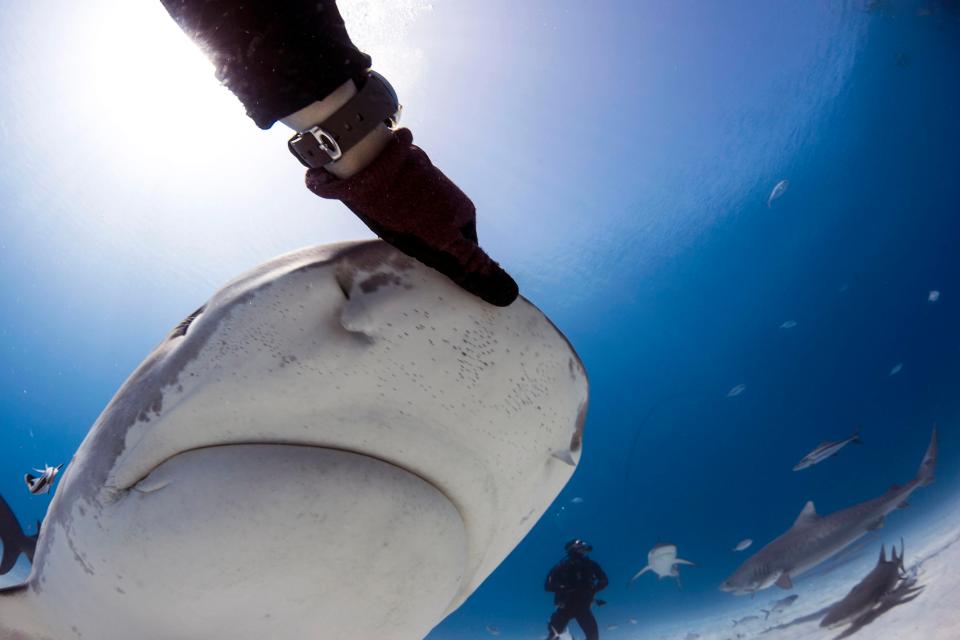 The technique Cobb is using is known as “tonic immobility.” According to the Shark Trust, tonic immobility is a reflex that is common in sharks and stingrays. When sharks or stingrays enter this state, it produces a temporary, trance-like calm, very much like hypnosis. You can see that happening here right away, as Cobb rolls a very blissed out Emma onto her back. This is the immobility part.

7. Reach Out and Touch Shark 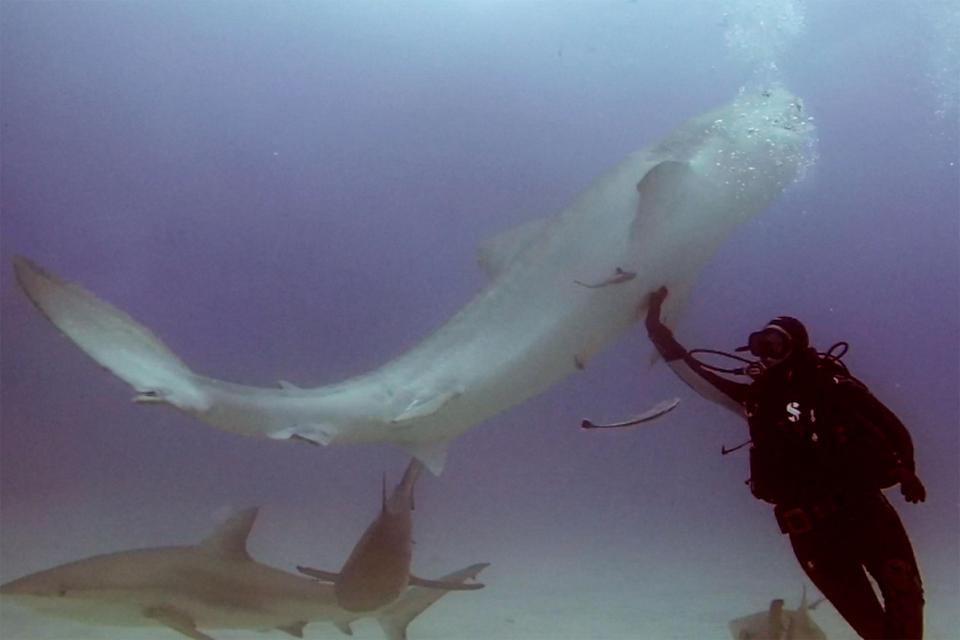 Boldly, Cobb then reaches out to stroke the shark’s belly. The shark seems utterly unbothered by these pets – and in fact, she seems to enjoy them. Then, the shark swims away, leaving Cobb unhurt. What a powerful experience with a Tiger Shark! 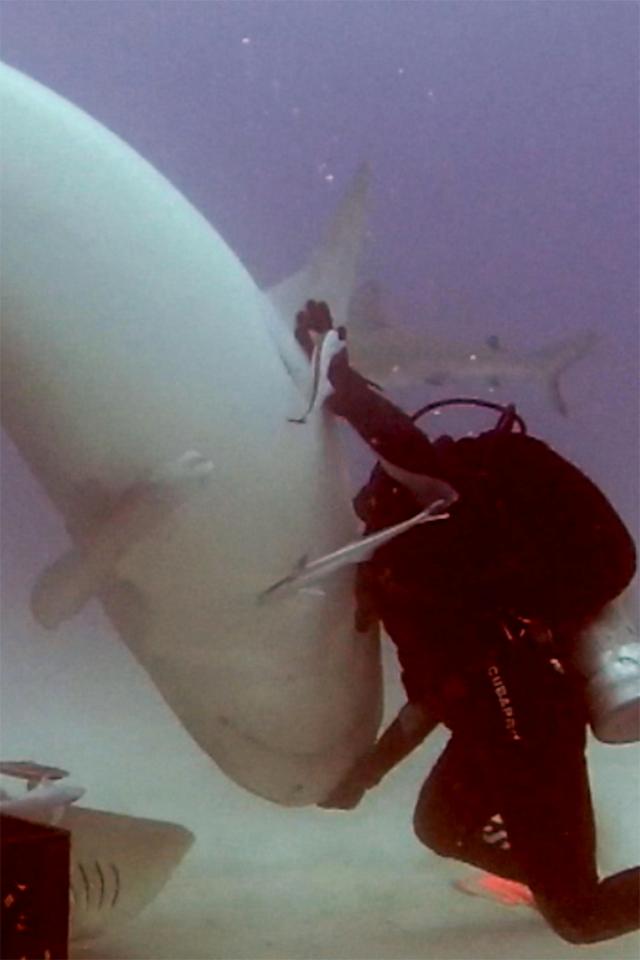 According to Shark Trust, this is a normal state for a shark. “When the shark is gently turned on its back, it’s tough to disorient them, causing them to enter the shark. The shark’s muscles relax and their breathing becomes deep and rhythmic.” Once the shark is released, the effect wears off quickly. 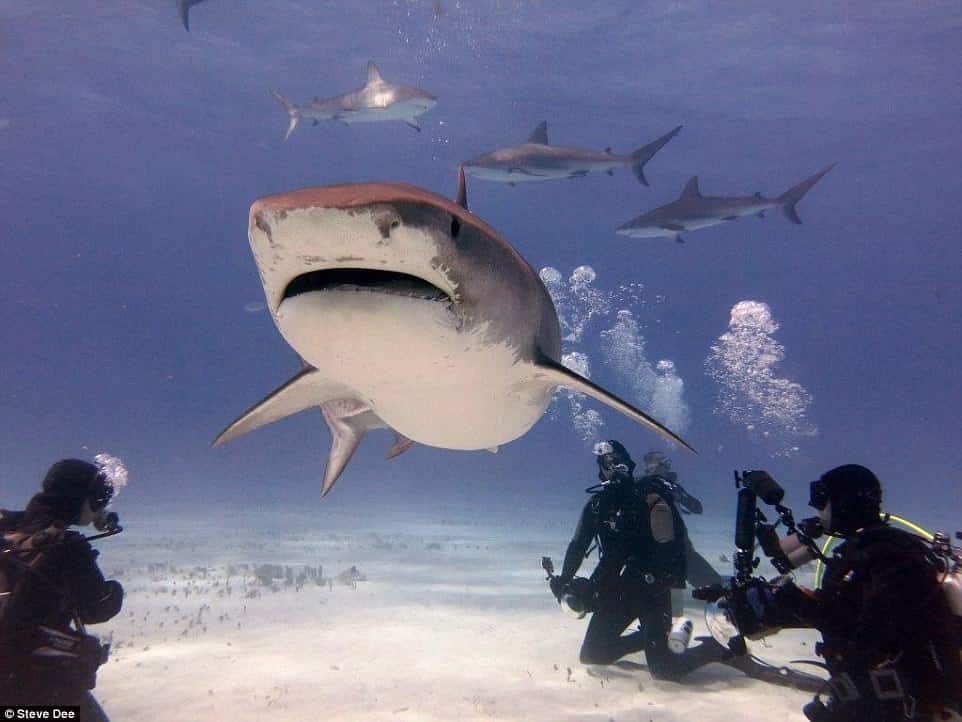 Amazingly, other sharks were waiting for Cobb and Emma. They hovered above the duo, waiting to see what happened. Again, Cobb remains calm, focusing just on the famous Tiger Shark while the others decide if she is a friend, foe, or food. 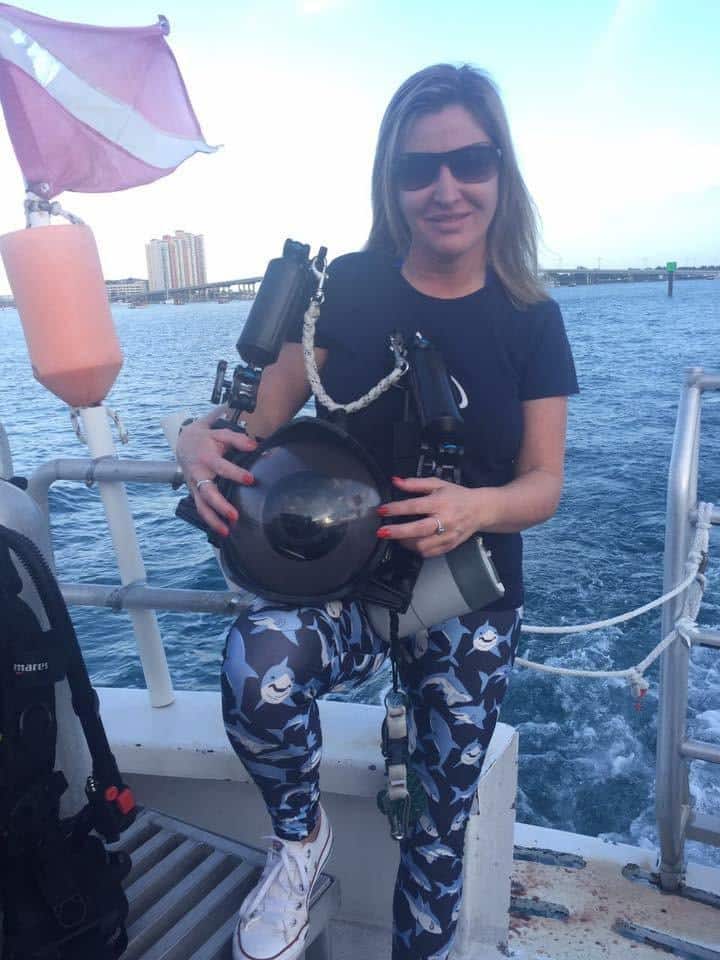 If you’ve ever wanted to have a similar experience, then Cobb is someone to know. She hosts the Shark Diver Travel, which rings tourists on a 50-hour boat trip from Florida to the Bahamas. During the boat trip, guests learn all about sharks and how they live. Cobb said that during these trips, people realize “just how wonderful these animals really are, and they also see firsthand how important sharks are to the ecosystem.” 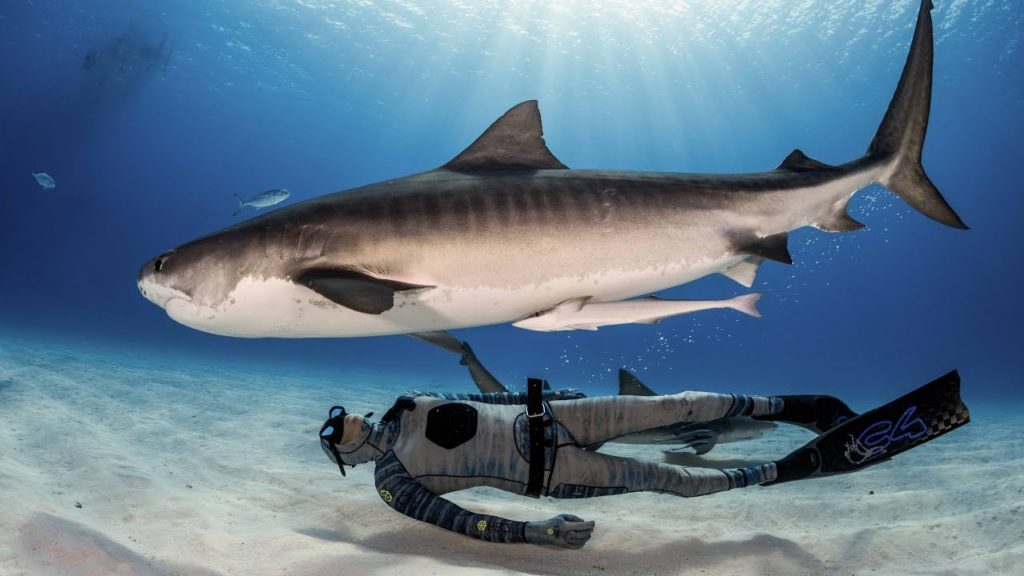 Cobb is obsessed with saving sharks and living near them. “I would dive with sharks as often as I eat if I could,” she said. “Their bad reputation is simply not true. I want to show the world how these animals can interact with us on a different level.”

2. Sealed With a Kiss 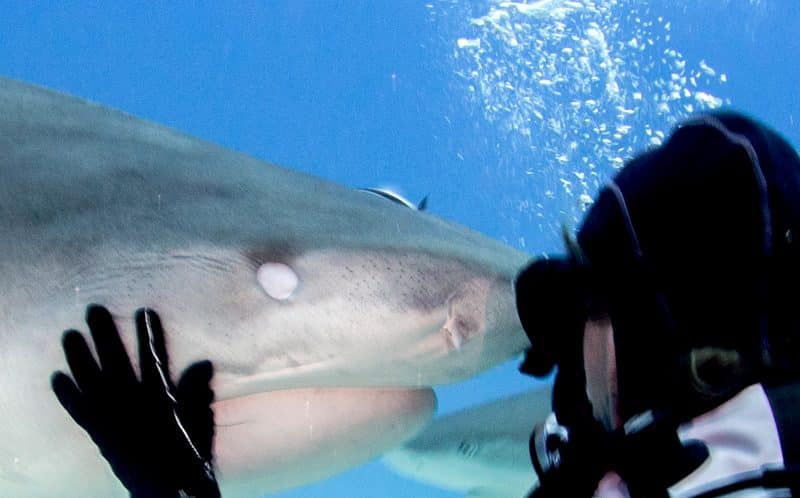 Cobb’s friends and guests often record her encounters with sharks. On one occasion, she even got a kiss from a Tiger Shark! “The female tiger shark approached me covered in parasites,” she told Caters News. “I removed my glove and luckily have longish nails. I started to pick off the parasites and she simply loved it. She had her mouth closed, there was no aggression, she was simply appreciative.”

1. The Majesty of Sharks 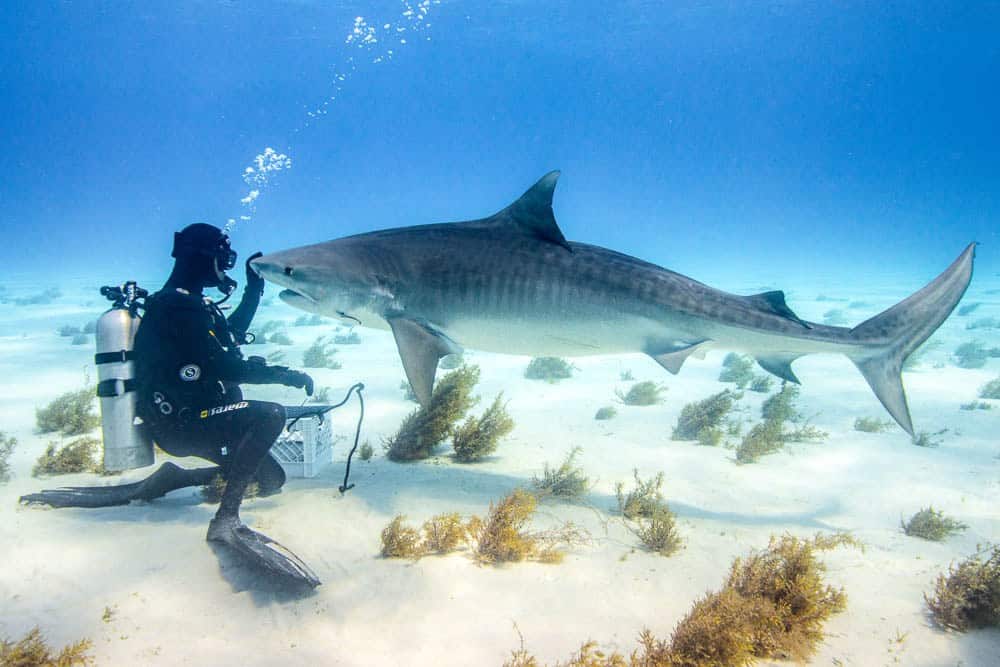 The moments Cobb has enjoyed have also rubbed off on others who work with her. Torres, who called her his mentor, said, “Diving with these majestic creatures always brings new sensations.” The lesson for humans is that sharks are beautiful animals, and in the words of Sylvia Earle, “if you’re lucky enough to see lots of them, that means that you’re in a healthy ocean. You should be afraid if you are in the ocean and you don’t see sharks.”