Woman Hears Strange Cries Coming From Woods, Can’t Believe How Cruel Humans Can Be When She Sees A Tiny Creature Left Tied To Tree


Puppies are a joy to have around as they are so cute and filled with a ton of energy! However, not all people out there know how to treat an animal with kindness and love. When one woman discovered a sweet, small puppy tied up to a tree she was shocked. She couldn’t believe the condition that the dog was in. Now the puppy has made a miraculous recovery that you won’t believe unless you see it with your own eyes. 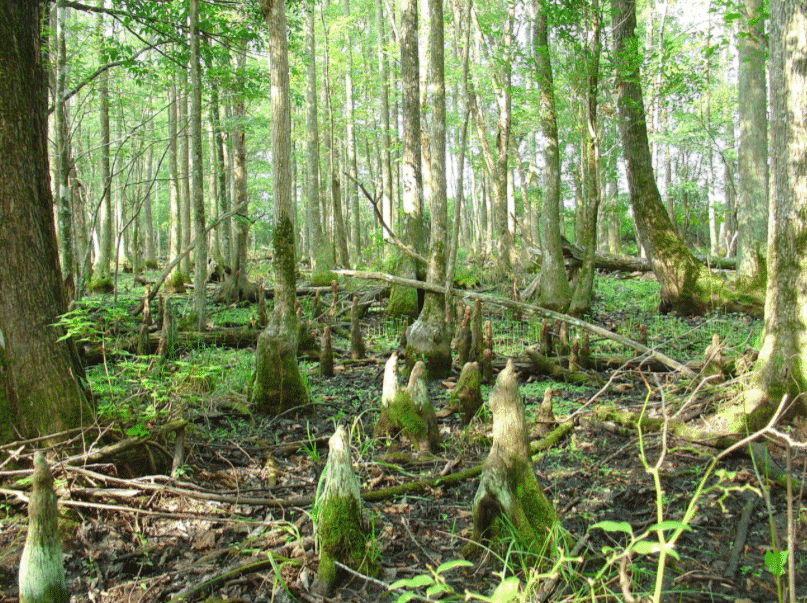 As you head down south on the east coast of the United States, you get into more and more swamp territory. There are tons of wildlife in the swamps and people living in these areas often have a variety of stories to share. However, none seem to top this one. 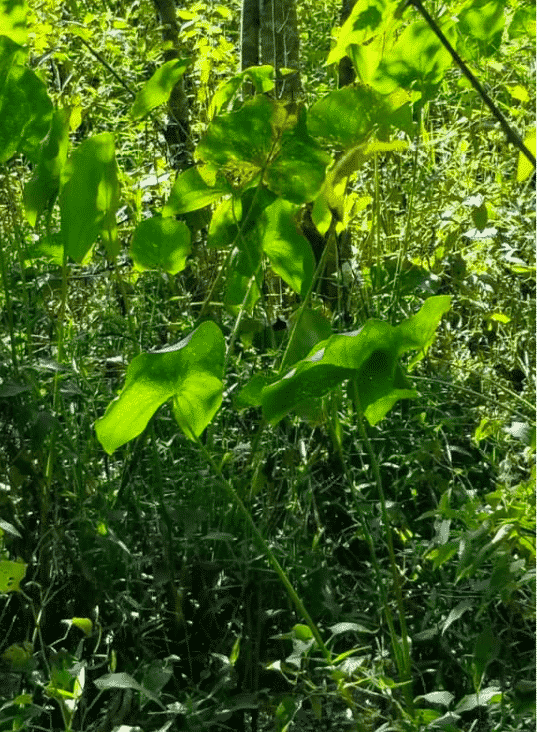 Jessica Clayborn happens to be a resident of Zebulon, North Carolina. Around her house in North Carolina is acres and acres of swampland. Clayborn has witnessed a ton of wildlife interactions and has grown used to them. 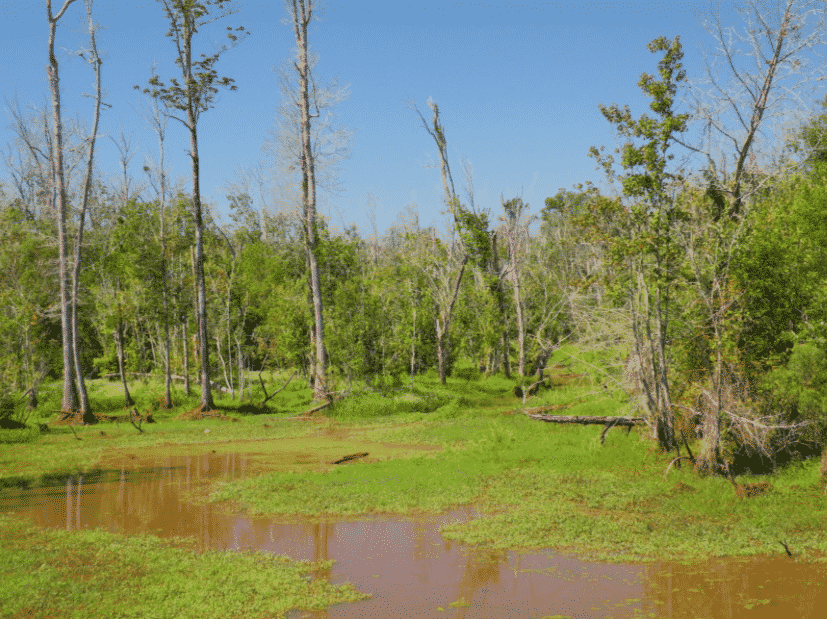 Having lived around swampland for so many years, Clayborn has seen a ton of things. However, despite having witnessed so many natural phenomenons, she was still shocked when she came across an animal that was in a horrible condition. 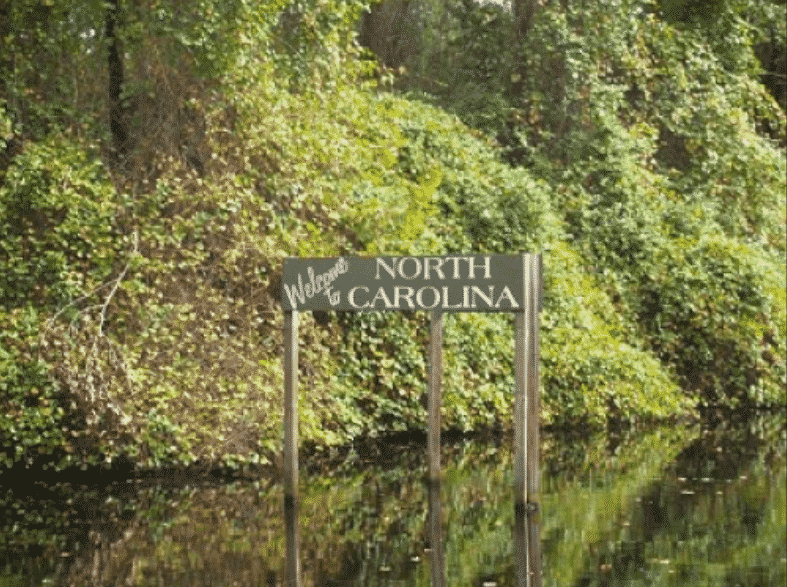 It was a typical Tuesday for Clayborn, who had stepped out into the yard to begin hanging up her laundry. While standing in the backyard, Clayborn began to hear the faintest of cries coming from somewhere nearby. 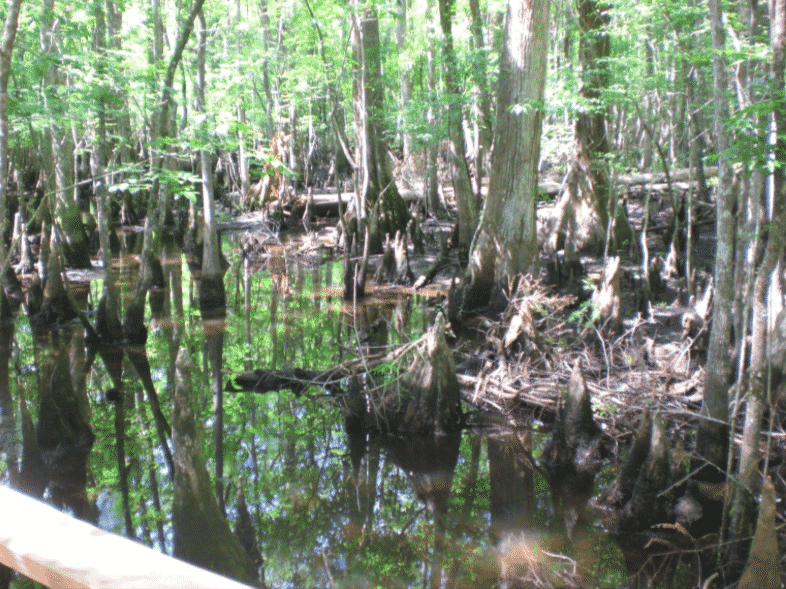 At first, Clayborn wasn’t sure what to make out of the sound that she was hearing. However, the cries continued to persist and curiosity got the best of her. She decided to go off and see if she could see where the cries were coming from. 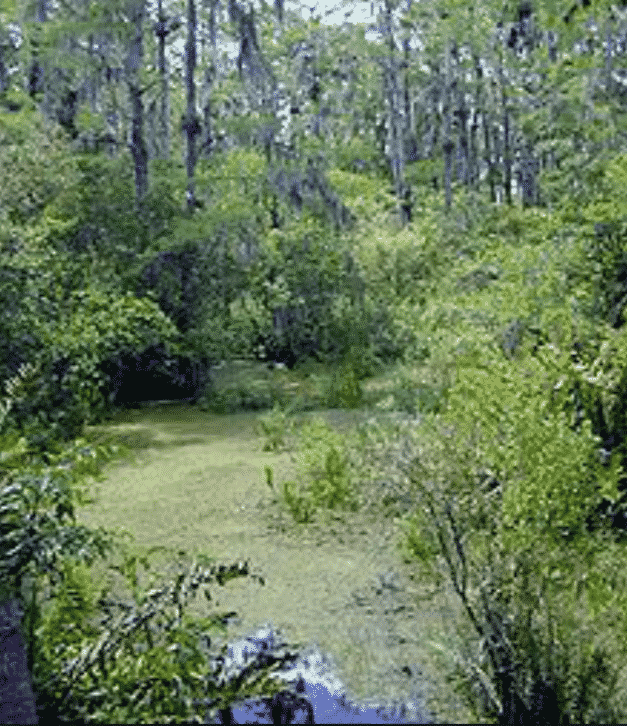 Clayborn decided to follow along to the sound of the whimpers. She pushed her way through the muddy swamp and various tree branches until she finally came across something that blew her away. She couldn’t believe what had been crying the whole time! 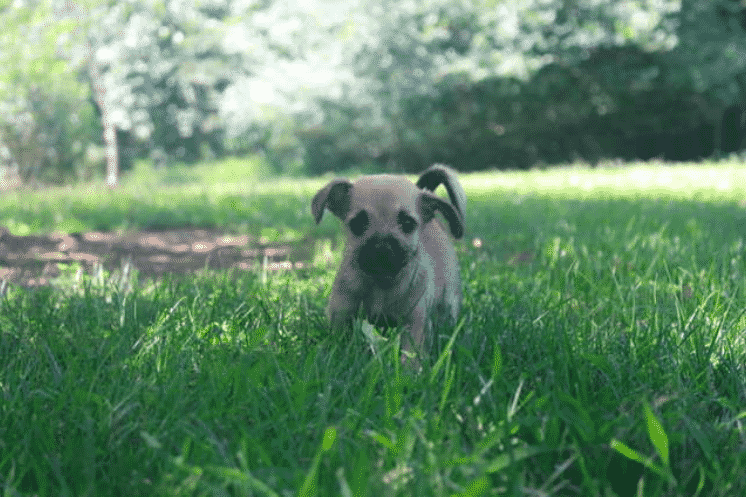 There in the midst of swampland, on a tiny piece of dry land, was an adorable and small puppy. The tan and black dog, whose name is now Nash, was whimpering and scared. However, the worst part was that he couldn’t move. 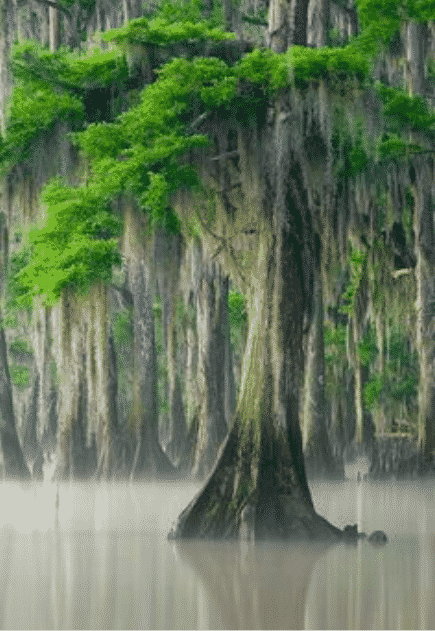 It seems that tiny Nash had been tied up to the tree there. He was tied up so tightly that the poor puppy could barely move. As Clayborn approached the puppy she soon saw something that absolutely broke her heart! 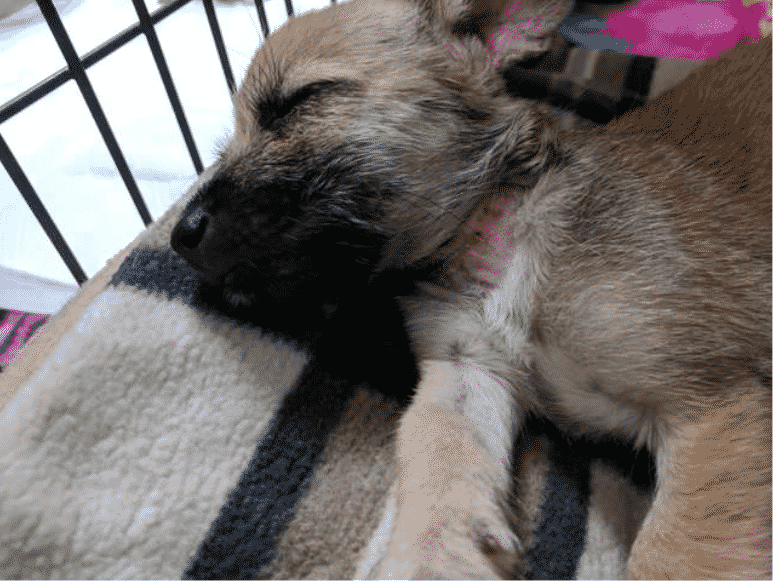 The poor puppy had been tied up so tightly that as he struggled to break free he caused himself to get scratches all over his neck. “He had a laceration across his neck where something had been too tight for too long,” Clayborn told a local news station. Clayborn knew she had to save him. 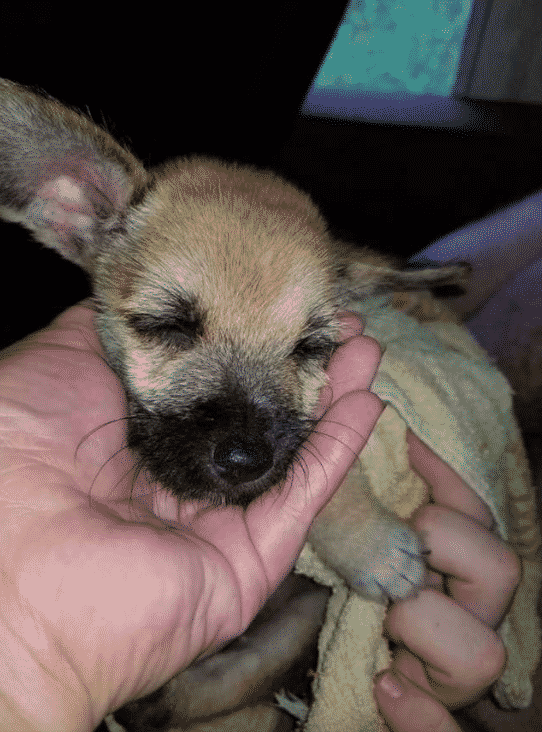 After making her way through all of the mud, Clayborn knew she couldn’t abandon the poor pup. She reached into her pocket and pulled out a pocket knife. She hoped that it would be sharp enough to break the rope. 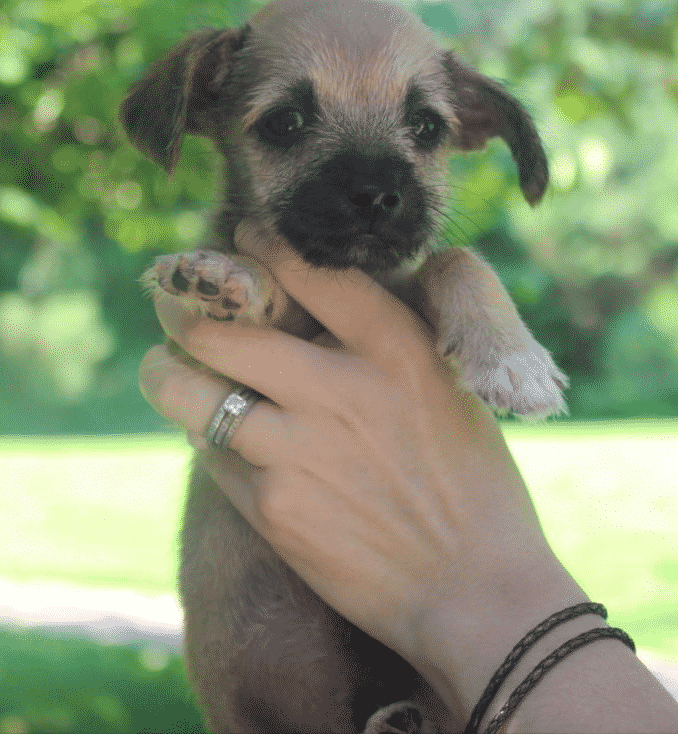 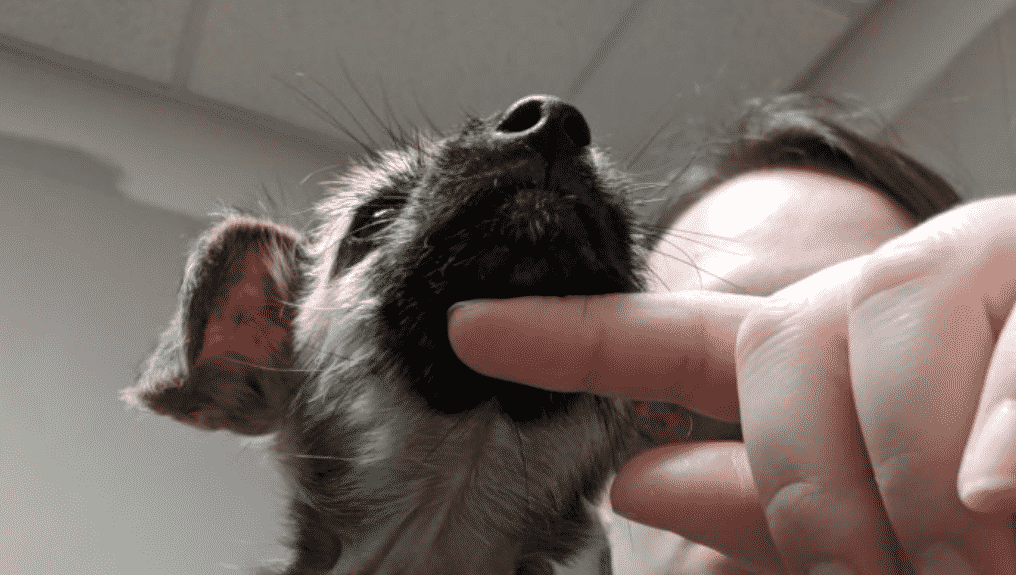 Finally, Clayborn was able to sever the rope and brought Nash into her house. The poor puppy had bugs all over his fur and he had chemical burns on his ears and tail. It’s obvious that whoever owned the dog before had possibly been both neglectful and abusive. 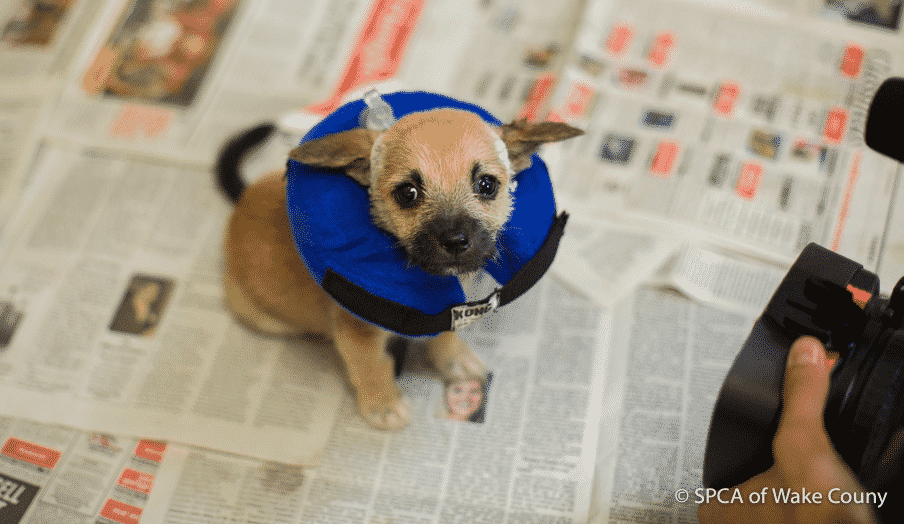 If Clayborn hadn’t heard the poor puppy’s whimpers the small animal could have possibly ended up as a dinner treat for local prey. “He probably would have been somebody’s snack,” Clayborn stated. Clayborn began taking care of Nash and started off by giving him a nice bath! 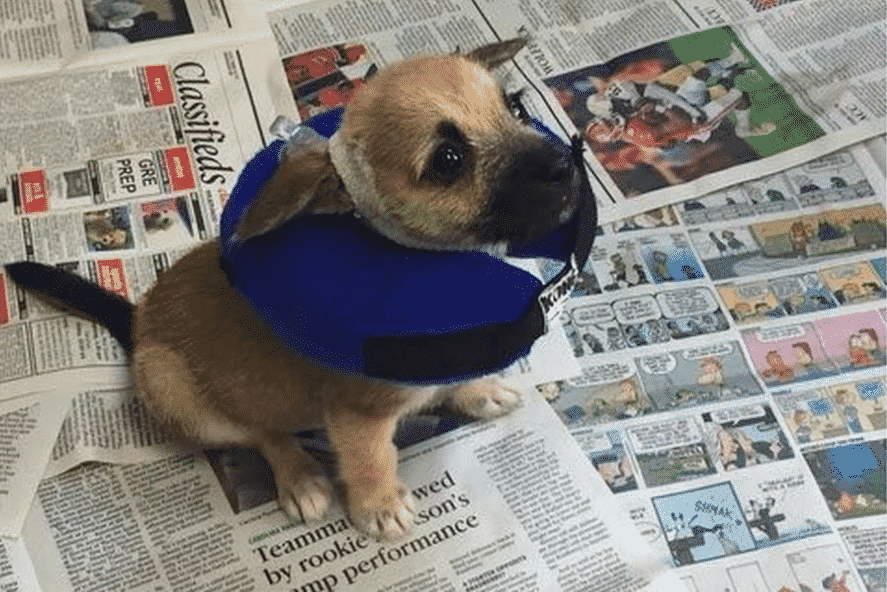 Since Nash was such a small and weak pup he was in need of some extra love and care. “Whenever I picked him up he just kind of laid back in my arms because he was just so relieved that someone had found him,” Clayborn told ABC News. Clayborn then got in contact with the SPCA of Wake County. 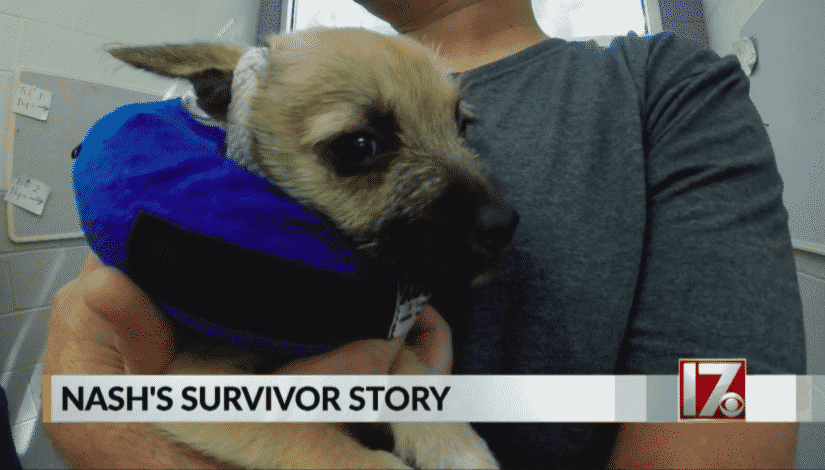 The SPCA of Wake County estimated that Nash was around 2-months-old and quickly transferred him over to Care First Animal Hospital. Nash was finally treated for his wounds and was given antibiotics. The dog began to quickly make progress! 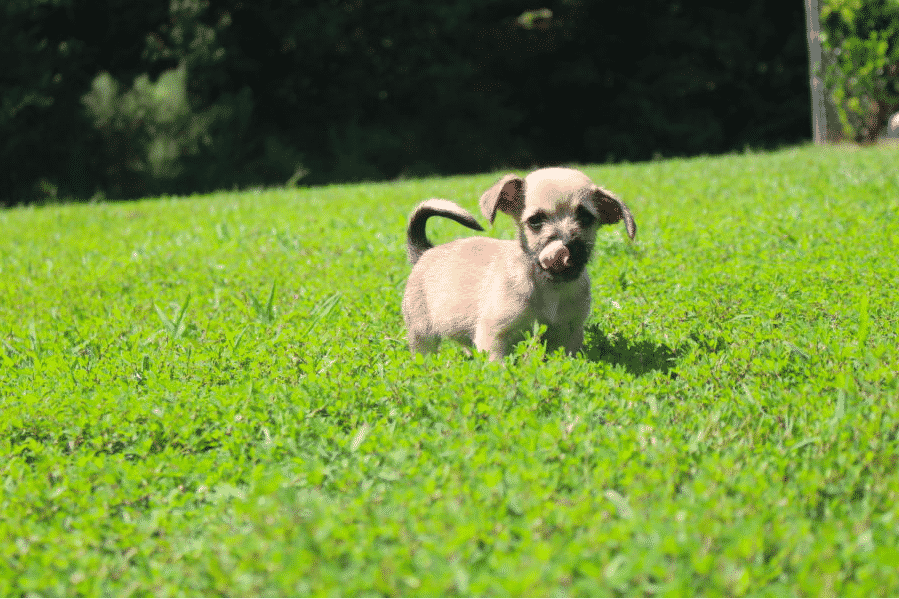 Thanks to the medicine and the extra care, Nash began to get better and better. Soon, a foster family offered to take him in for the time being. Everyone knew that Nash would heal much quicker while in the comfort of a loving home. 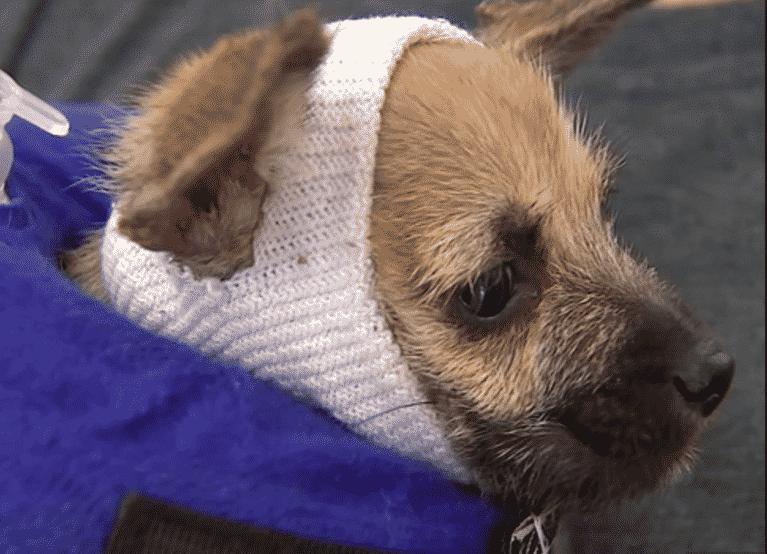 “His foster family says he was timid when he first arrived last week but has started to relax and blossom,” Tara Lynn, a spokesperson for the SPCA, told The Dodo. “In general, they say he is fairly mellow.” 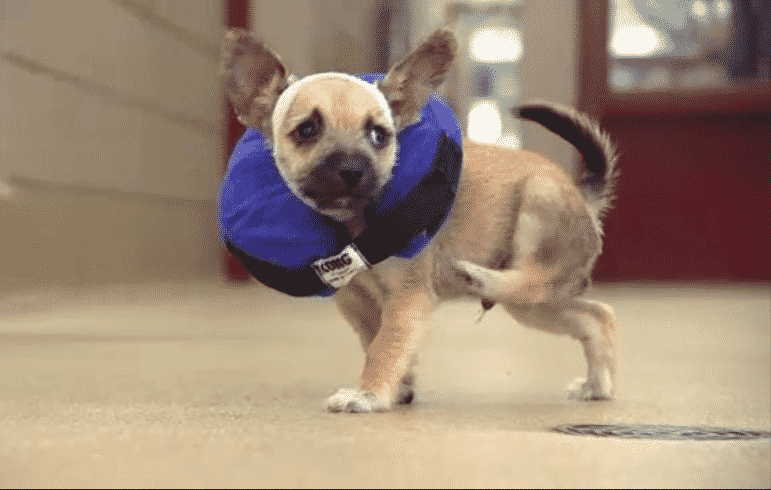 Even though Nash is more than happy to play with his two new dog friends, the foster family still noticed that Nash was holding back. They wonder if his past may have a bigger impact on him than they expected. The foster family also wonders if Nash may be deaf due to his lack of response to sound. 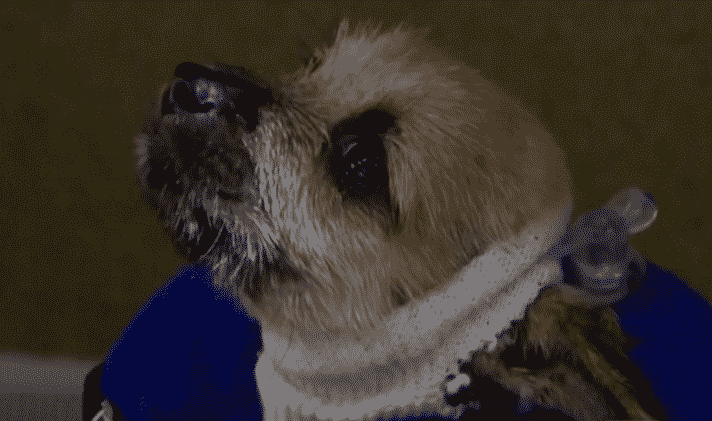 There hasn’t been any official prognosis on whether Nash does suffer from a loss of hearing. However, that hasn’t stopped Nash from living out his best life while in the safety and comfort of his foster home. Nash continues to be happy and playful. 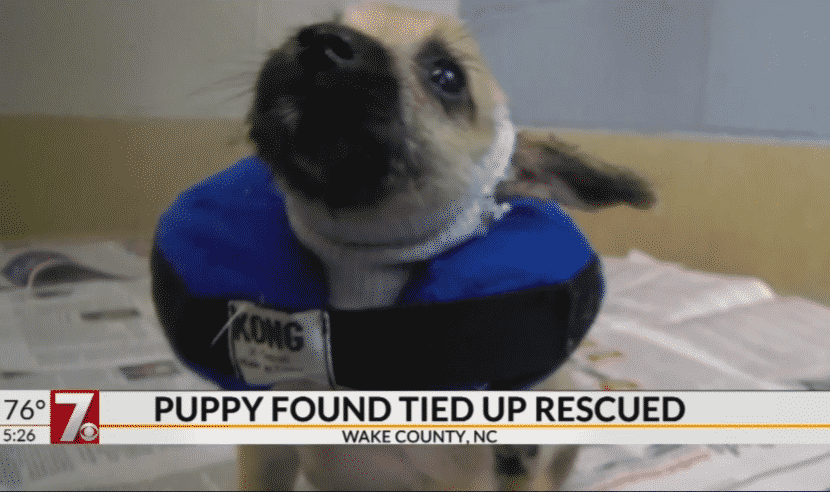 Soon enough, Nash will be available for adoption. We’re more than sure that he will be adopted by a loving family that will always make sure that he is safe, comfortable, and loved. After all, no one deserves it more than Nash!