Unusual friendships can perhaps be one of the best sites to see. It reminds us that appearances and differences don’t shape relationships, but that a compassionate attitude does. No greater example can be given than the relationship between Bobo the gorilla and a bush baby in Africa. Their curious and caring friendship will leave you amazed, as it did the caretakers at Ape Action Africa. 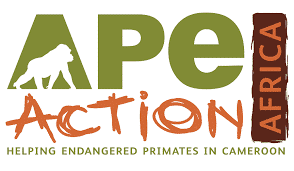 In 1996, Ape Action Africa opened its doors to help aid endangered gorillas, chimpanzees, and monkeys. This non-profit organization is dedicated to the conservation and has seen a lot of apes in its twenty-two years of operation. However, they’d never seen anything quite like Bobo. 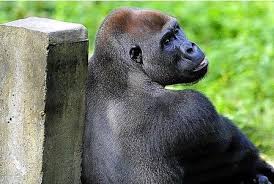 Caretakers have seen a lot with the apes they’ve taken care of over the years. Surprises are common, as you never know what they will get themselves into. However, waking up to a 440-pound gorilla cuddling a 5 pound bush baby was quite the shock. 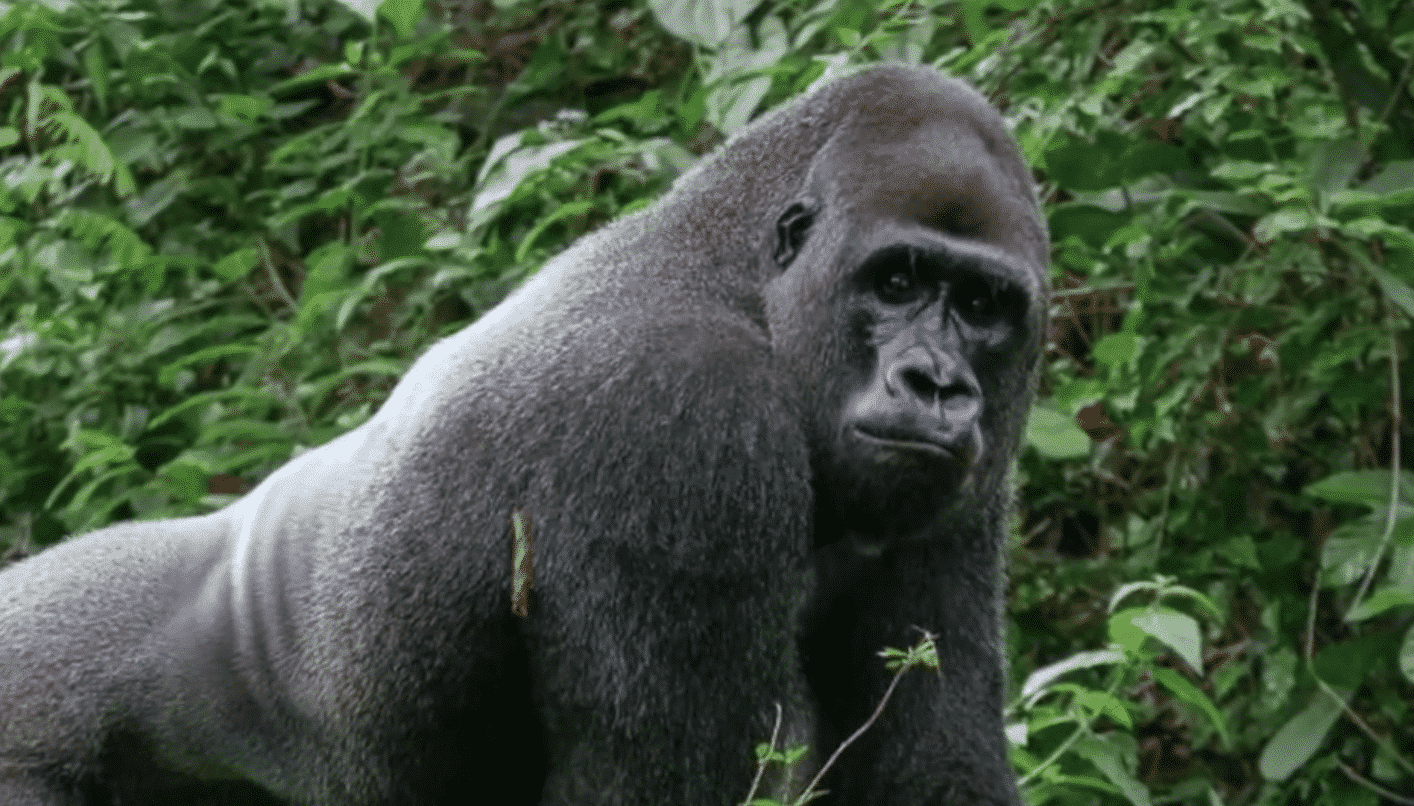 Bobo, a 440-pound gorilla who was brought to the center, is the dominant male of the group. He was the one to protect the females and the young juvenile males of his group. However, he took his duty a little further to include a small outsider.

While protectors, dominant males are also social not confrontational. When predators or threatening animals enter an apes space, the dominant male will push the other apes back. They tend to stick to themselves and only interact with a few within their group. That’s why when a caregiver discovered Bobo cradling the tiny bush baby, he was beyond surprised. 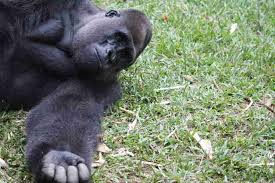 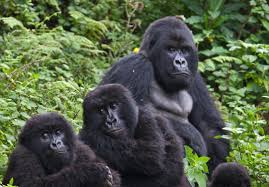 The sanctuary’s caregivers weren’t the only ones surprised about his behavior. 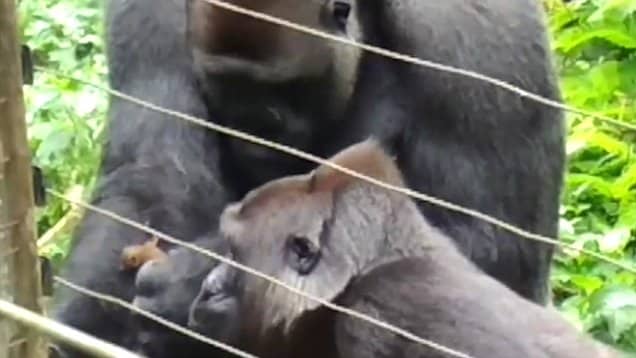 “Bobo’s group-mates were curious about the bush baby and hoped that he might share it with them, but Bobo kept the bush baby to himself,” O’Sullivan said. 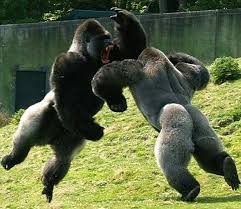 It was strange for the group and the caregivers to see this dominant male, who had been challenged for his position by two younger males, being so gentle with this tiny creature. But that wasn’t the only strange part of the situation. 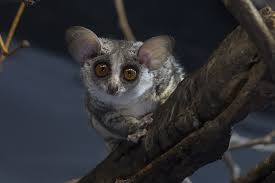 “Bush babies are usually nocturnal, so it is very rare to see one during the day. We have never witnessed a wild primate interacting with a rescued one at Mefou Sanctuary,” O’Sullivan said. 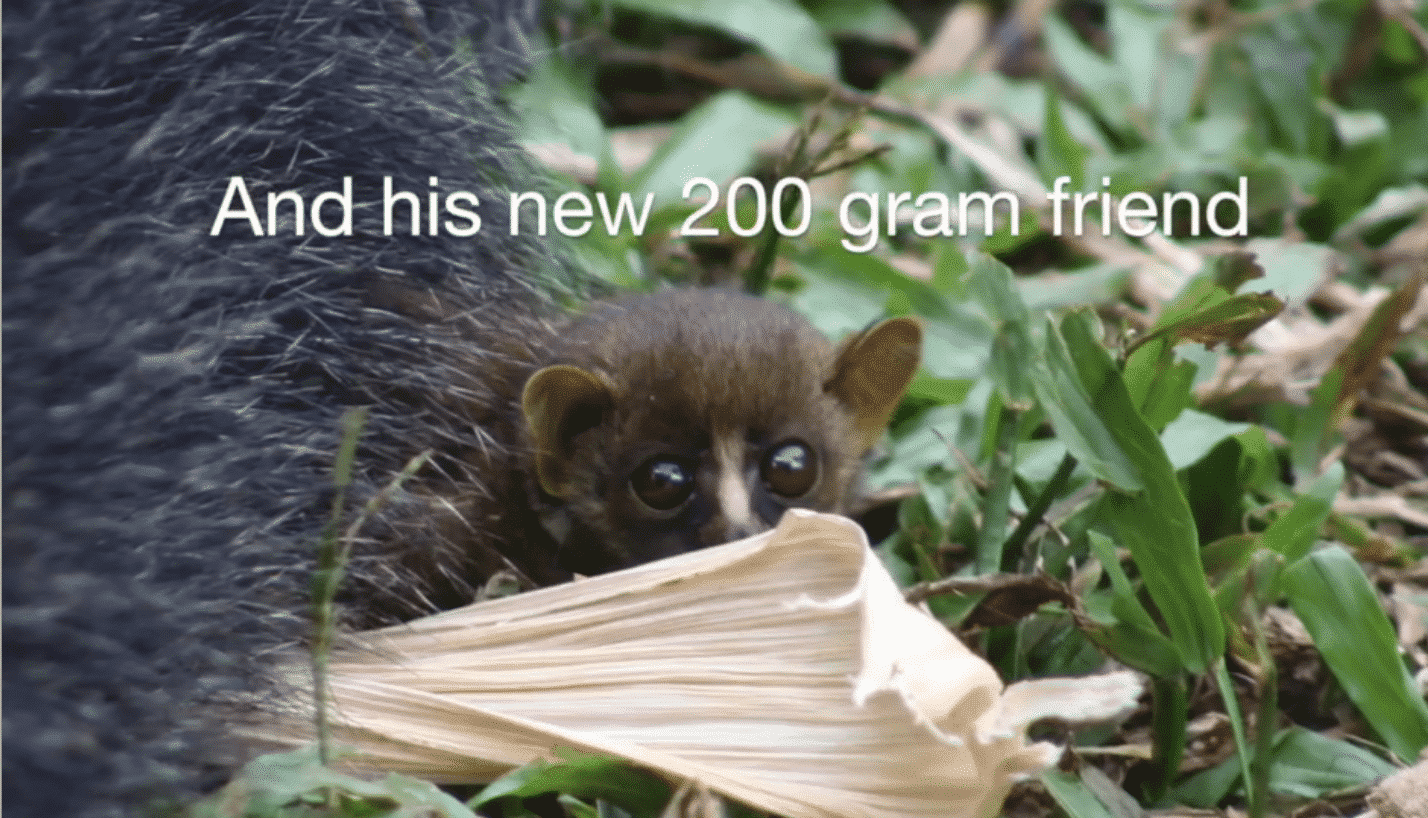 Bobo’s size should be intimidating to the bush baby. Weighing in at 440 pounds, Bobo towered over the one pound baby. This didn’t matter to the two friends, however. They seemed to be enjoying each other’s company just fine. 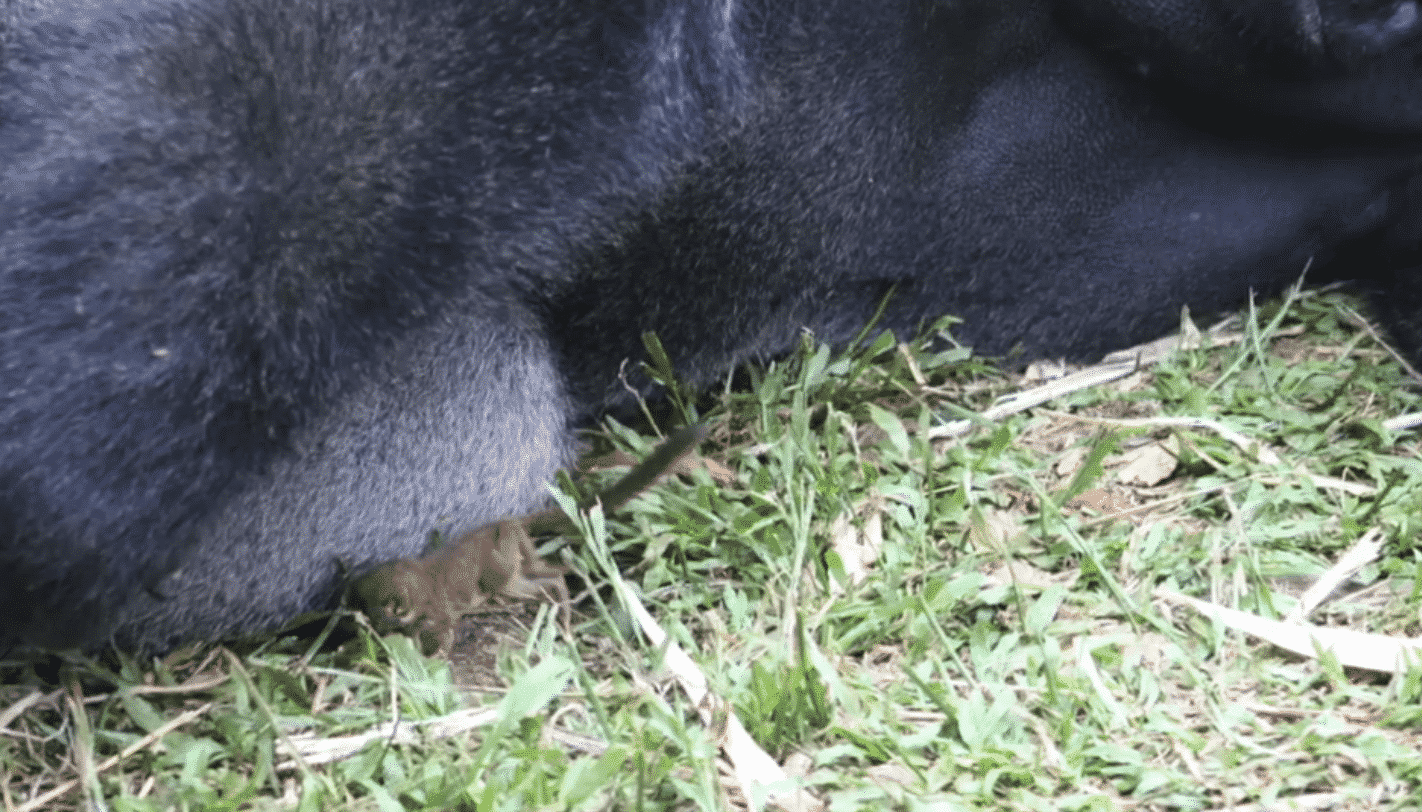 “The bush baby showed no fear of Bobo, moving around his body and spending time hopping around in an open grassy area, before choosing to return to Bobo.” 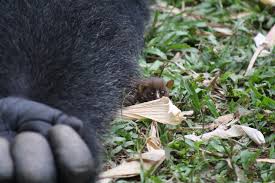 Bobo and the bush baby were an odd pair indeed, with the bush baby barely bigger than one of Bobo’s fingers. However, the two showed no fear toward one another. 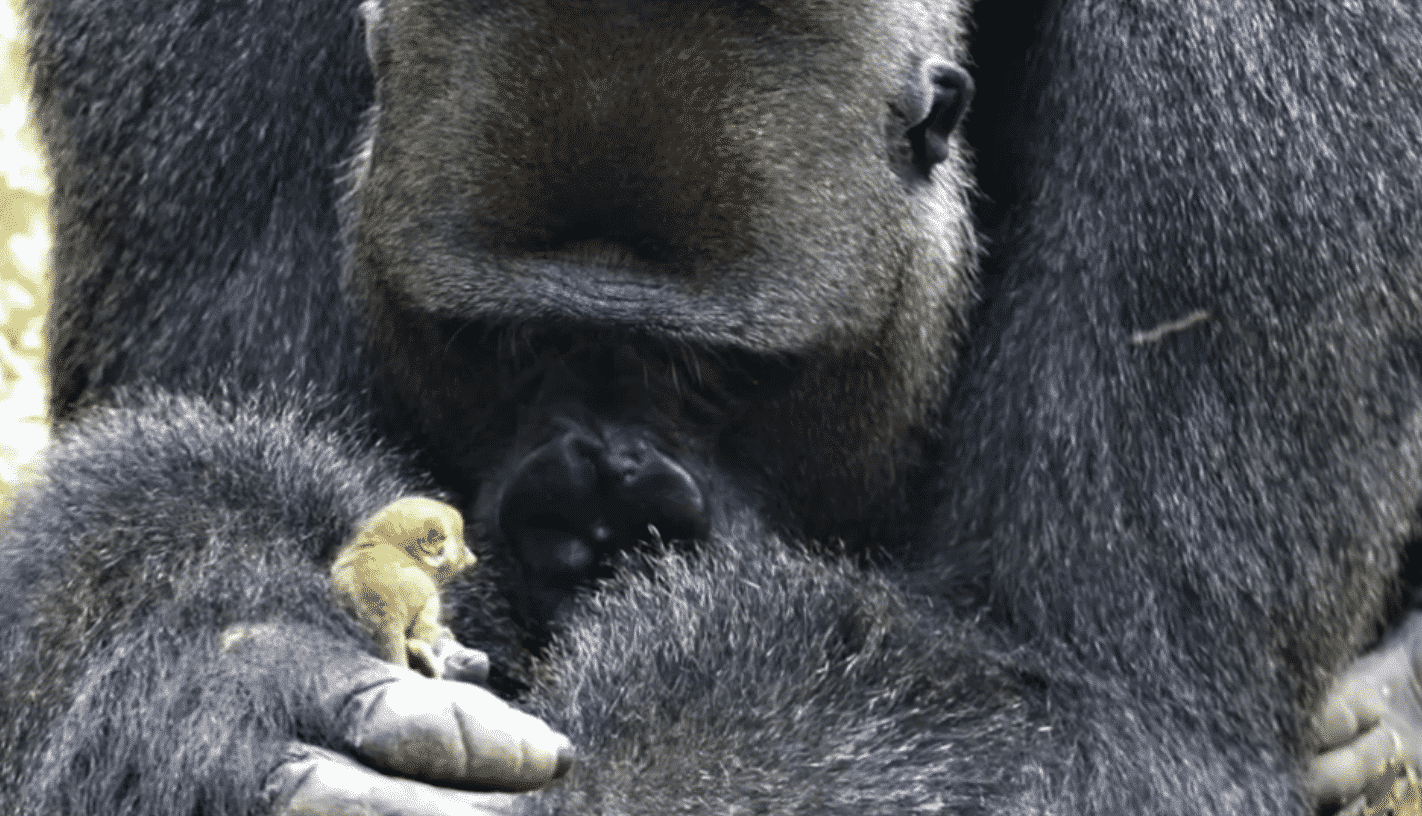 Bobo and the bush baby stick to one another, with Bobo refusing to let the others get close to him. He is extremely gentle with his tiny buddy, but also very protective. The bush baby truly does have the best buddy on his side. 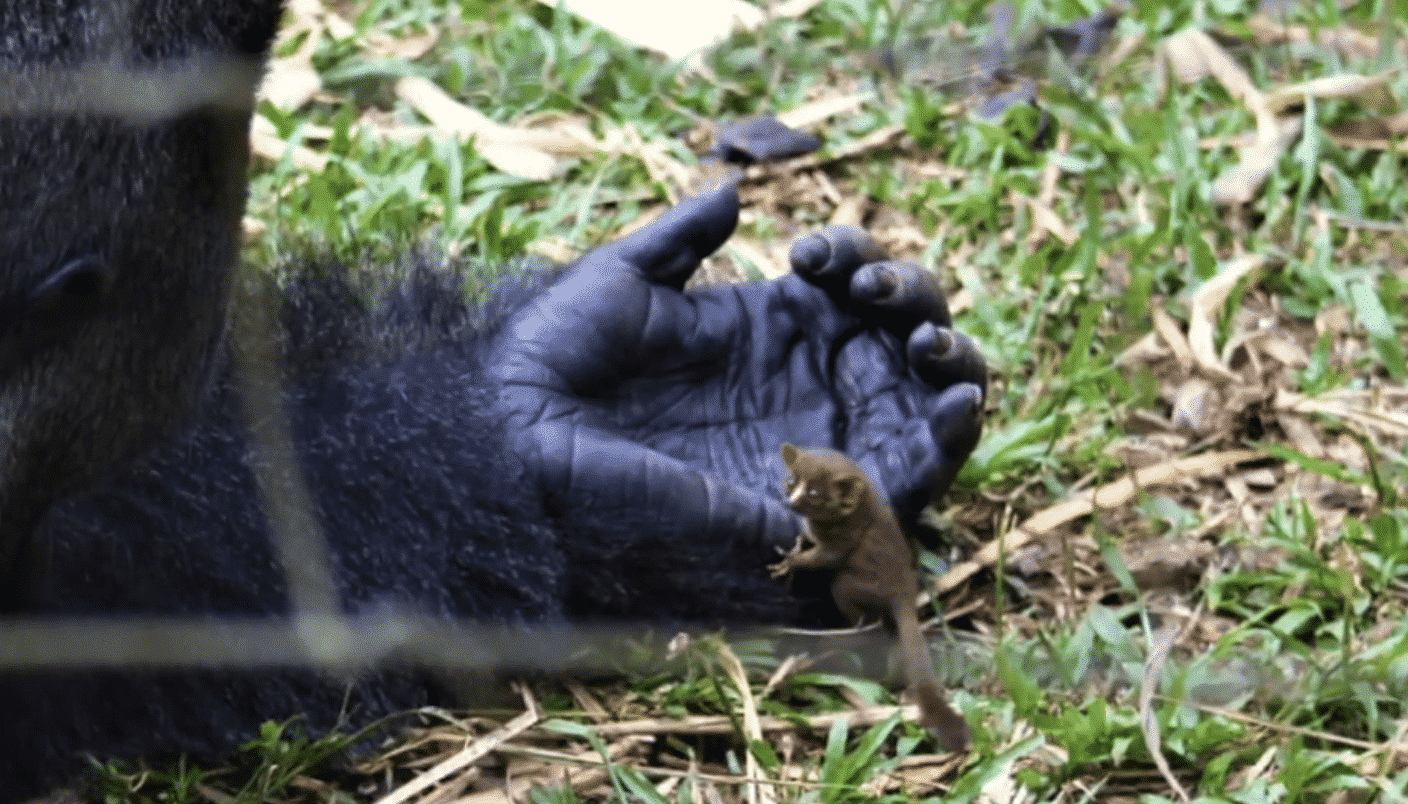 Though it seems like an odd pairing, Bobo and his tiny friend have found comfort and friendship from one another. It was an odd pairing, but one that seems to work the giant gorilla and tiny bush baby.