Couple Sees A Cat Strangely Peeking In Their New Home, Then Find A Surprising Note Left By Previous Owner That Clears Everything


Not all creatures who peer through your windows at night are bad. That was the case for a couple who moved into a new home. They were surprised to find a feral cat looking through their windows. Come to find out, the cat came with the house, according to a note left by the house’s former owners. 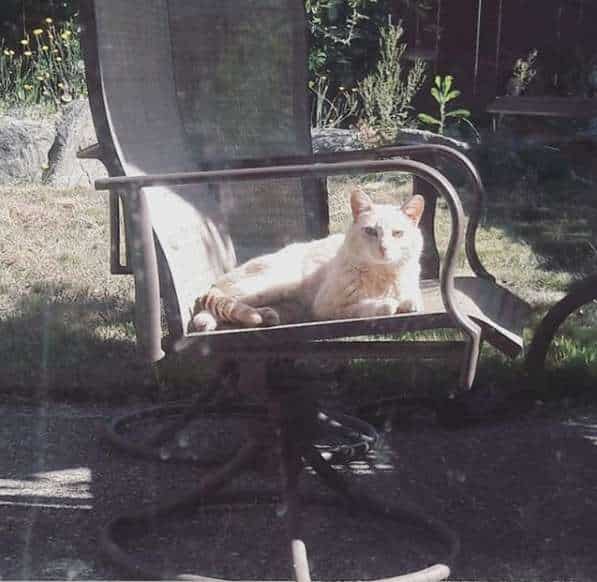 Would you like to have a house guest who hangs out in the backyard lounging on your lawn chairs? What about climbing your fence, or peeking through your windows? If this guest was a person or Kato Kaelin, probably not! But if the guest is a beautiful light orange cat, it would be far more desirable. In fact, he might even improve the value of the house. 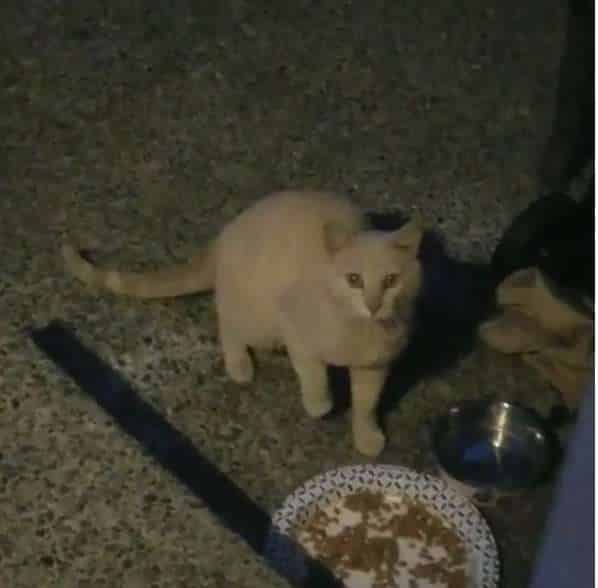 There are few things more exciting than moving into a new house. It marks a new start and new opportunities. When Miranda E and her family moved into their new home, however, they found that life in the new place came with an unexpected house cat. This tenant wanted them to keep things running in a consistent manner. Who was this bossy tenant? 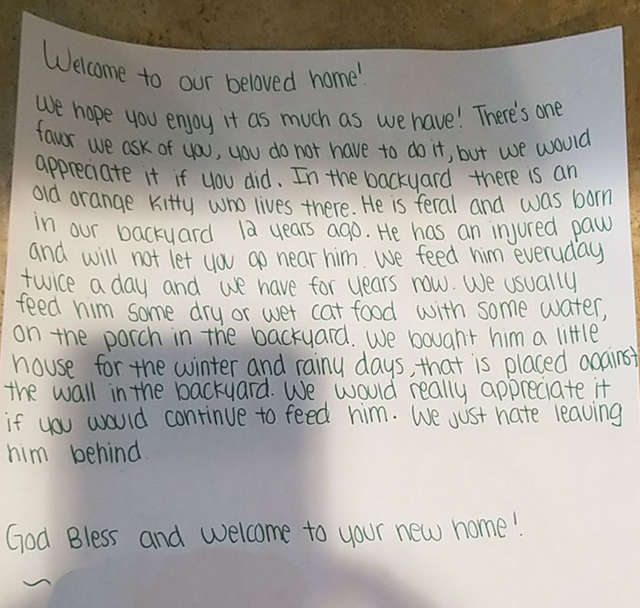 The clue to the house guest’s identity was found in a letter that Miranda and her family found on the day they got the keys to the house. The handwritten letter asked the family to do them just one favor: care for a feral cat who had been lurking – and living – in the backyard. Miranda was touched by their request. 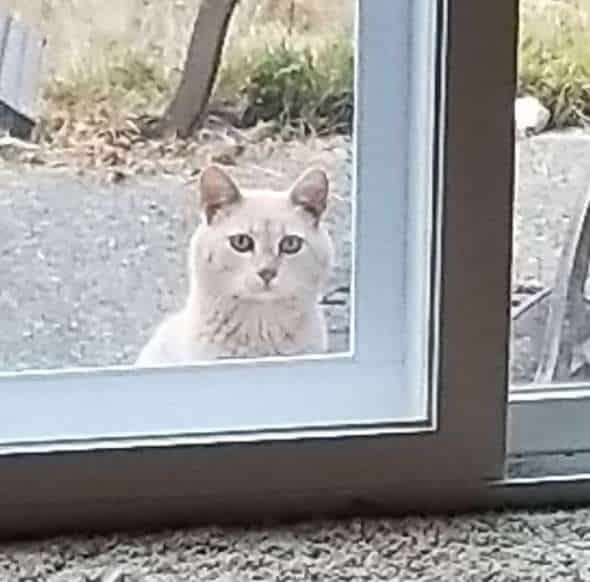 Sure enough, it didn’t take long for the feral cat to surface in the backyard. The resident was an old, orange cat. He seemed to have been waiting for them to show up and assume their duties as his landlord – and caretaker. “We immediately looked out the back sliding glass door and he was looking at us through the door,” Miranda said.

9. Cat Who Came With the House 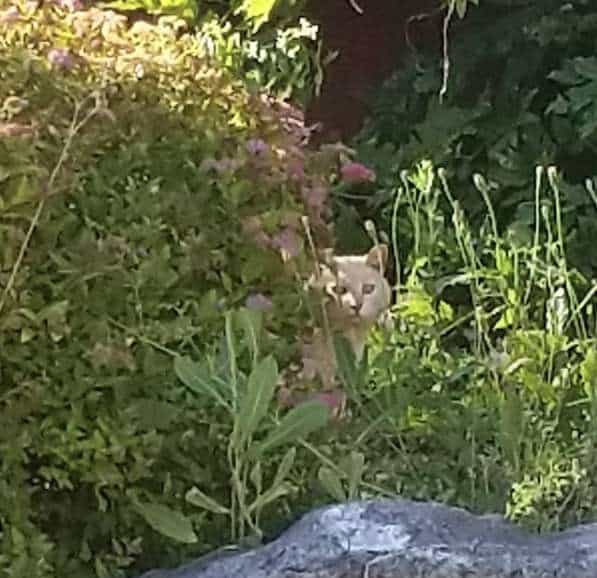 The feral kitty was standoffish at first, but he caught a very lucky break. The new owners were cat lovers. They even had some cats of their own – five of them in fact! There could be no better guardian of the “cat who came with the house” than Miranda and her family. 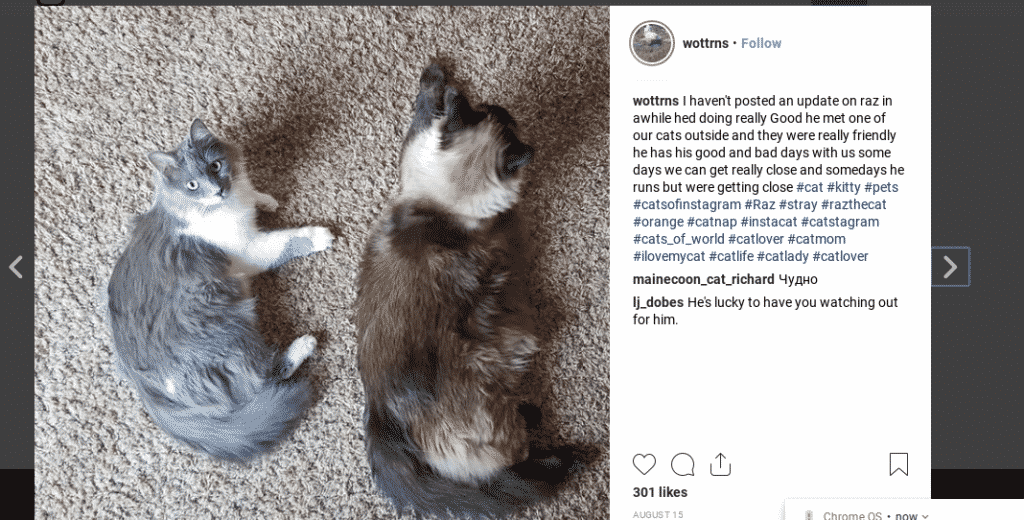 “We started laughing because we currently have five cats, all but one have been rescued,” Miranda said. “The house we lived in previously, people used to drop off their cats there and we took them in.” The orange cat had lucked into a family that couldn’t say no to a stray cat or one in need. Lucky boy!

Miranda was immediately ready to agree to fulfill the role of caretaker for this feral boy. However, like all cats, he was not about to let her and her family get close to him right away. First, he had to vet the family himself, to see if they were worthy of his attention. This would not be an easy task. 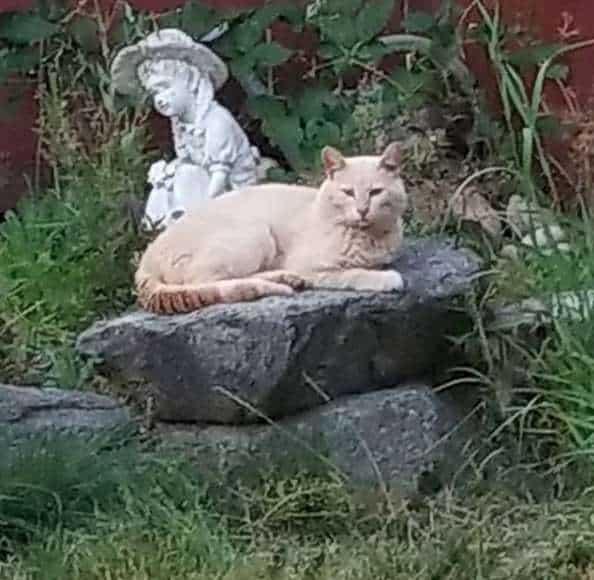 The family decided that the backyard tenant needed a proper name. Miranda named him Raz. This was fitting since he was always “razzing” them about being in the house. He was around but was not going to let them get too close. He accepted bowls of food and water, but would run away quickly if anyone got too close to him. 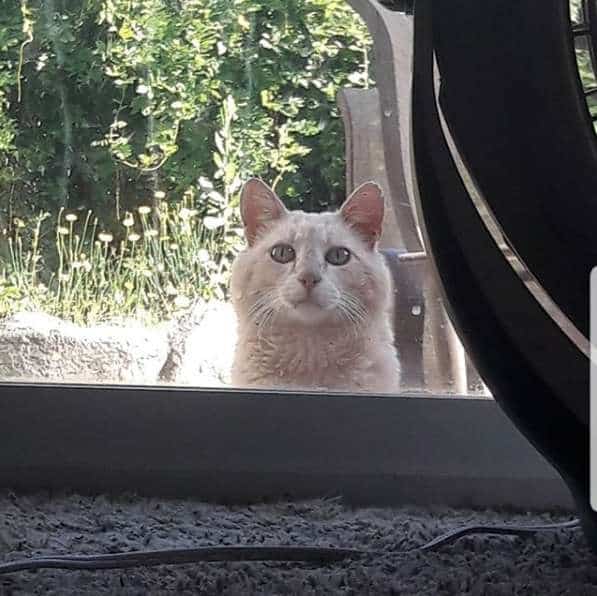 After a few weeks of feeding the cat, Raz started to change his tune. Just a little bit, anyway. He started being more receptive to the family. “He used to hide anytime we came to the door. Now we can sit outside with him,” Miranda said. “He will come up and eat now when the screen door is open, which he wouldn’t do before.” 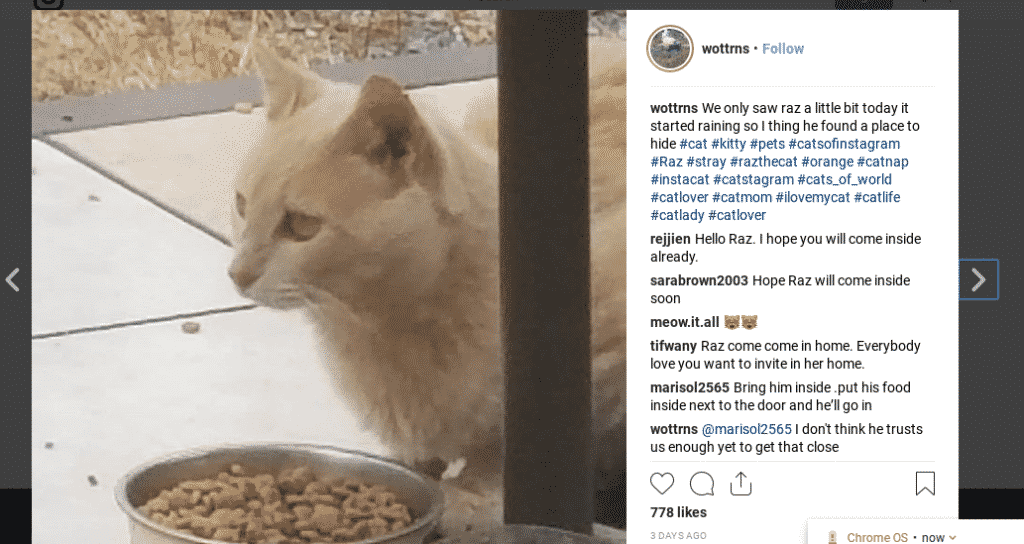 Raz seems to have decided that Miranda and her family won’t hurt him. He knows they are watching out for him. He even realizes that they have plenty of goodies for him. Like all cats, Raz has decided to let him know what he wants when he wants it. “He also now comes to the door and meows to let us know that he needs food,” Miranda said.

Although the prior resident was unable to get Raz to go to the vet, Miranda wants to make sure he receives the right medical care. “Our hope is to eventually be able to interact with him more and get him seen by a vet as he has an old injury to his paw,” Miranda pointed out. 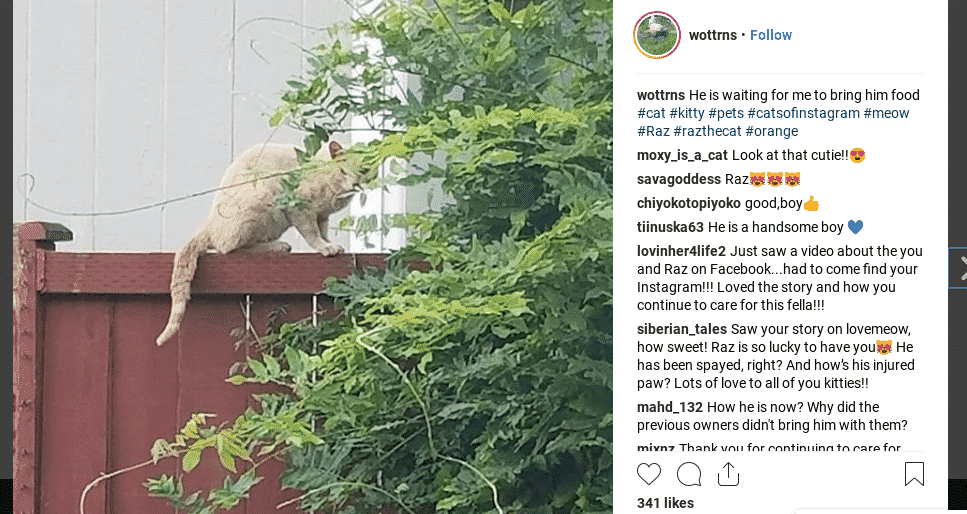 Raz isn’t ready for vet care, nor does he want to come into the house. But that may one day change. The family has built trust with Raz and their relationship continues to grow stronger. The family wasn’t aware that they were getting a new cat with the house, but they are now thrilled that they have the opportunity to get to know him. 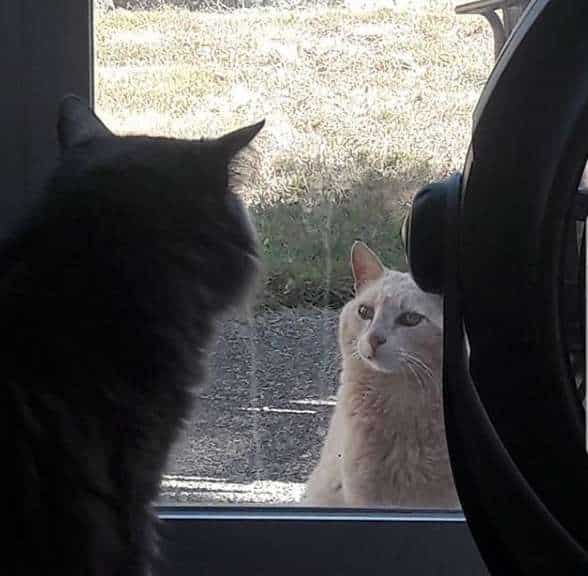 As Miranda observes, it is a rare and great opportunity to win the heart of an animal. “If you have the means to take care of an animal in need, you should,” Miranda said. “There is nothing like earning their trust and helping them live out their time comfortably and feeling loved.”