Video Footage Catches Dolphin’s One Of A Kind Trick

Dolphins are highly intelligent creatures and they always manage to amaze us humans. They are always super friendly towards humans and they love communicating! So if you were already a dolphin lover before, then prepare to fall in love even harder. Check out this incredibly playful way in which dolphins play a trick – you’ll be amazed. 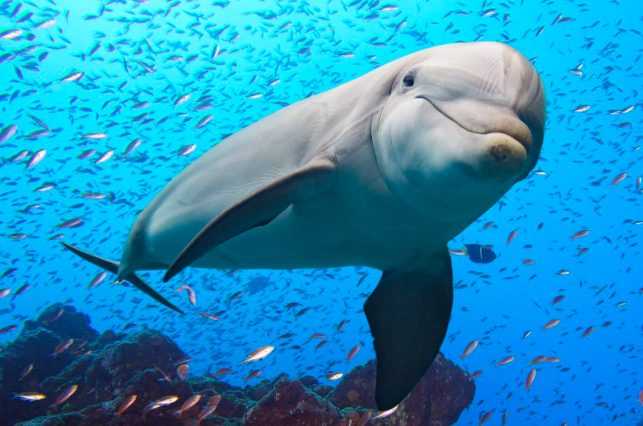 Dolphins are a very diverse group of aquatic mammals with nearly 40 species swimming in our oceans. They’re known for their playful behavior and are a highly intelligent mammal. You won’t believe just how smart they are! 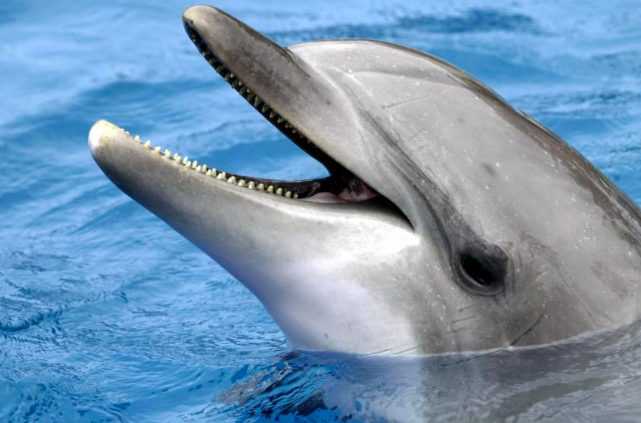 Dolphins are far more intelligent than we give them credit for. They are just as smart as apes and their brains are as highly developed as a human’s. Not only are they smart but they love to socialize as well. 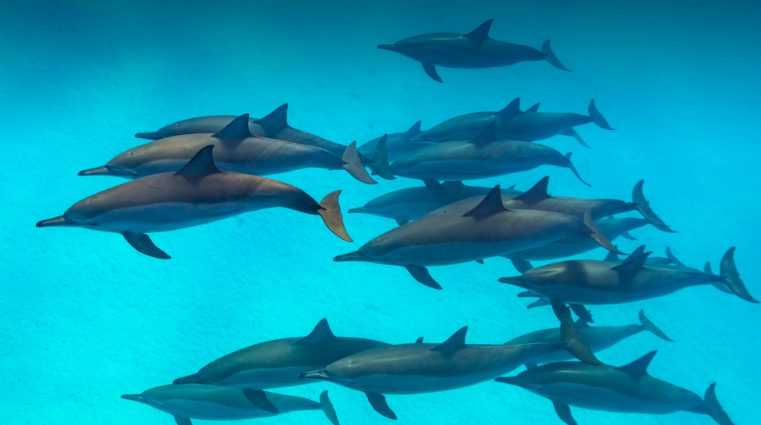 Dolphins love to interact with one another and you’ll always find them hanging out and talking. They typically live in groups and hunt together. The largest group of dolphin’s can have around 1,000 members. 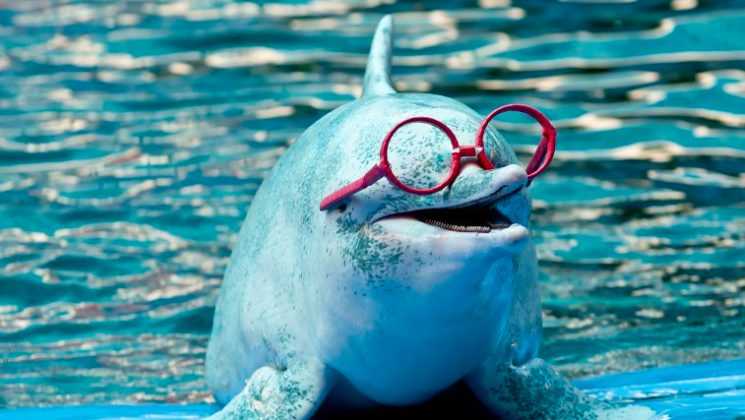 Since they are such intelligent mammals, dolphins also have a pretty well-developed sense of hunting. One person was hanging around in the ocean when they happened to catch an intricate plan that the dolphins hatched. It was unbelievable to say the least. 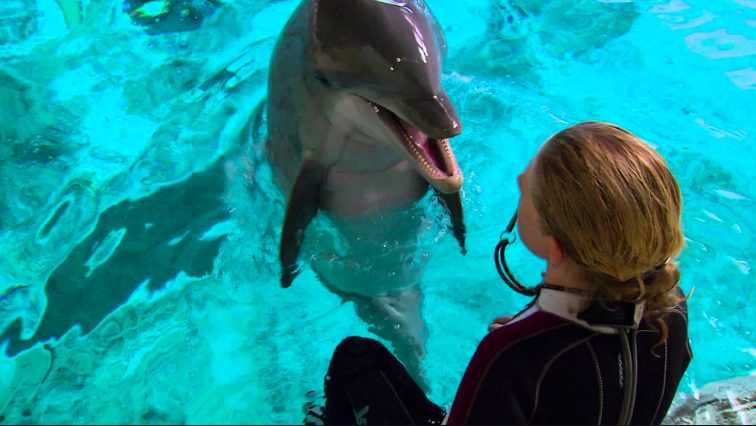 In a statement made by Whale and Dolphin Conservation, they discussed how humans and dolphins aren’t so different: “In the case of humans… rather than just passing on generic skills, each individual is able to educate others based upon their own experience. In this type of individual learning, we thought we were alone.” 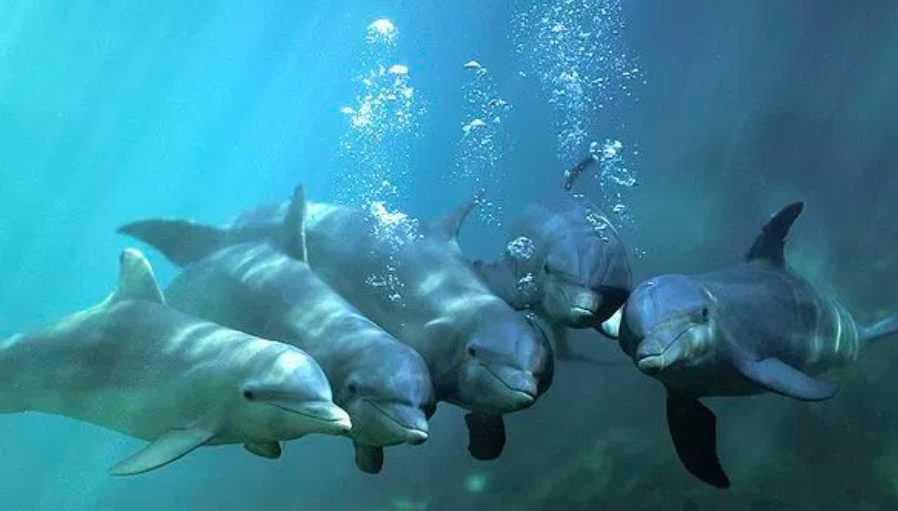 The statement continued with: “We are not. Research and observations in recent years have revealed that whales and dolphins not only have the ability to learn as individuals, but those individuals can then pass their new knowledge onto others. This is a rare intelligence in the animal kingdom.” 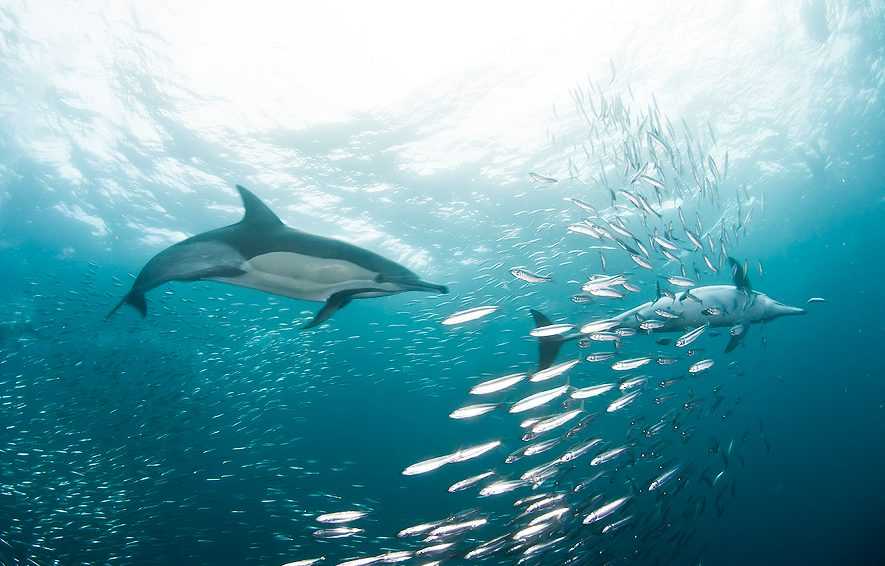 So don’t be too fooled by their cute exterior because dolphins are carnivores. This means that they have to hunt for their food every day. However, because they are so intelligent this makes hunting for fish easier – you’ll see how now.

Since dolphins are such social creatures, they often rely on each other during hunts. They put all of their brainpower together to figure out elaborate plans to catch the most fish. One of the coolest was finally caught on video.

In the video footage, you’ll see the dolphins using a unique hunting technique that has been passed down over generations. So what is so cool about this method? Well, it’s the easiest way to catch fish without exerting too much energy.

In the video, you see a pod of dolphins swimming in some pretty shallow waters. Then suddenly, one of them breaks off from the group and begins to engage in some pretty abnormal behavior. So what was he doing?

The dolphin that broke off then begins to swim along the bottom of the ocean. From there, he begins to kick up sand from the floor and creates a cloud of sandy smoke behind him. He continues to swim in a circle, creating a huge cloud of dust! 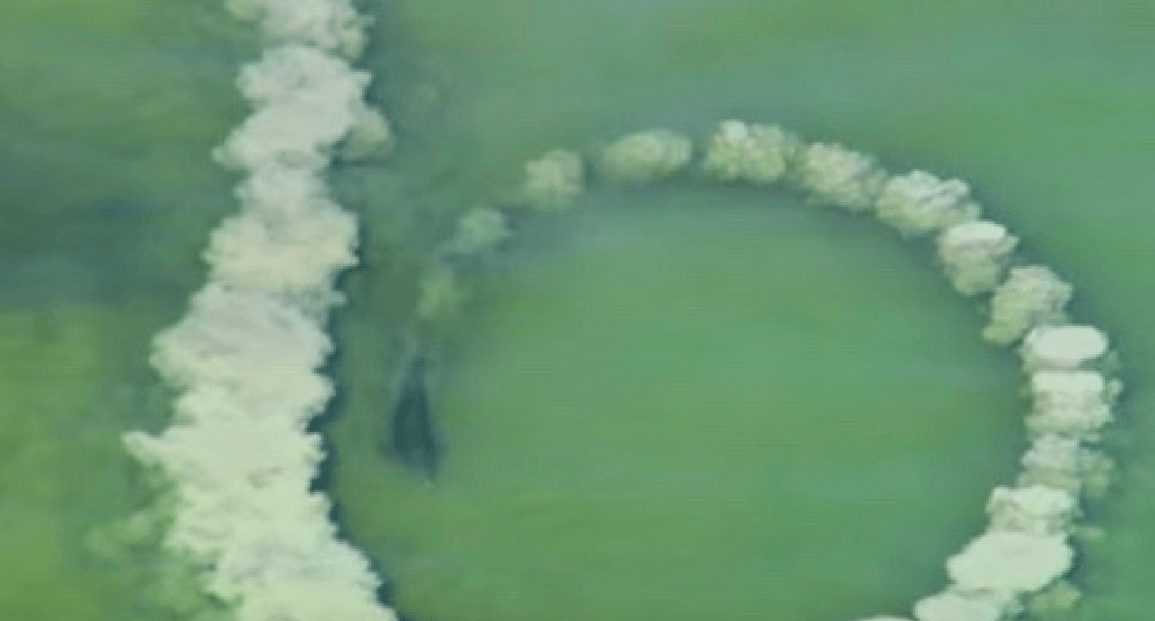 wThe dolphin continues to swim around kicking up the sand until he creates a completed circle. As soon as the task is complete all of the other dolphins take position and begin to enjoy their feast of fish. So what exactly was this trick? 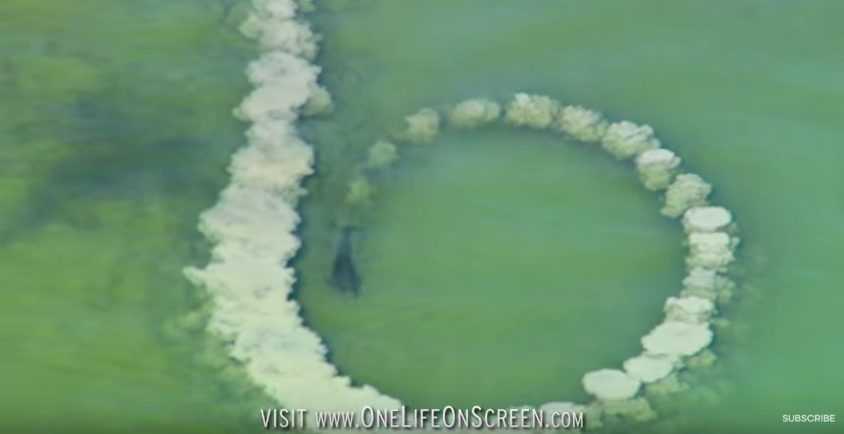 This intricate system of creating a circle of sand dust is called a ‘mud net.’ This mud net is capable of trapping dozens of fish inside of it. As the fish would attempt to jump out of the net they would be greeted by hungry dolphins instead. 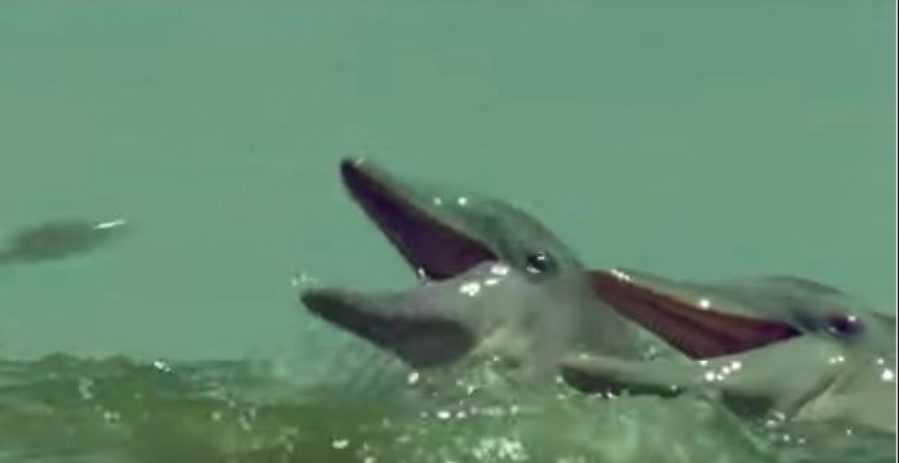 In the video, you can see that the dolphins positioned themselves in the best spots to catch up the fish. Their mouths stayed wide open and they were getting ready to feast. They must have been truly proud of themselves because it looks like they were smiling at one point.

The dolphins had to exert little to no energy to enjoy such a great meal. This is a great reflection of just how smart these aquatic mammals are. They are truly amazing problem-solvers.

According to Dolphinaris, this technique is called ‘sheep-herding.’ Dolphins will rely on one another to hunt more effectively. They take turns being the sheep herder that brings all of the dolphins together for a nice meal.

“To get their food, they usually hunt in a group through different techniques. One of them is a kind of“sheep-herding”, in which a group of dolphins circles a group of fish to get them together in one place while others start eating them in turns. That way, every dolphin gets to eat efficiently,” Dolphinaris writes.

Dolphins are in fact so smart that they even give each other names. Scientists have noticed that dolphins have specific whistles that they use to call out others. They believe that these whistles are equivalent to names. 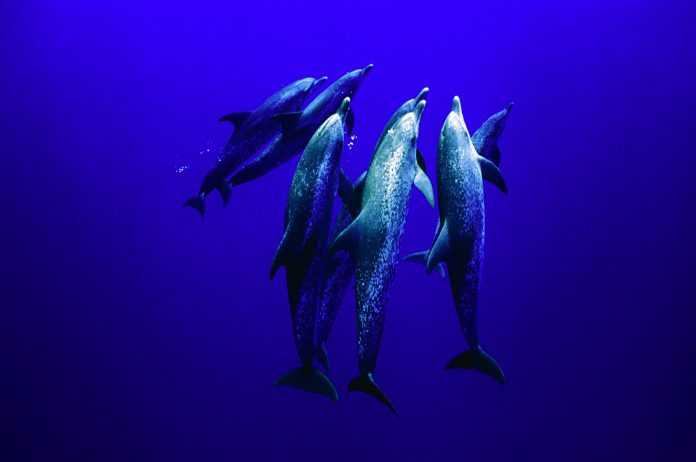 Just as humans care for one another, dolphins also do the same in their pods. Dolphins will take care of their young and sick. You’ll often see them tending to injured dolphins and making sure that their pod members are doing well. 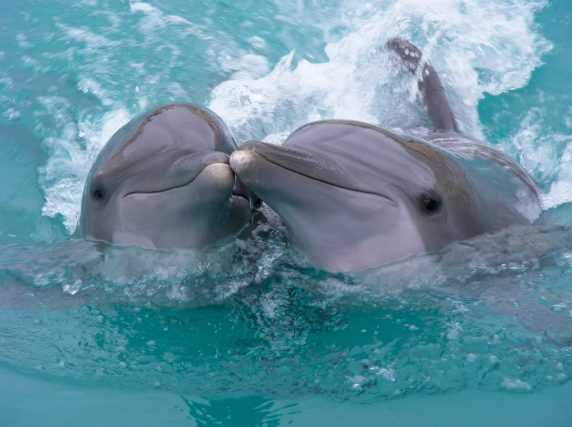 Dolphins are truly amazing creatures. Their intelligence ranks in second only to humans and they have greatly demonstrated this through their many tricks and highly developed pods.