Witness The Incredible Story Of Kenobi, A Sick Tiger Cub Who Was Captured By Border Patrol Agents While Being Trafficked In A Duffel Bag From Mexican Border


One day, while on duty, a border patrol agent spotted something strange and incredibly out of the ordinary. When the agent went to check out what it was he was shocked. There in a duffel bag was a tiger, stuffed in with no concern for its life. You won’t believe what the border agent does next! 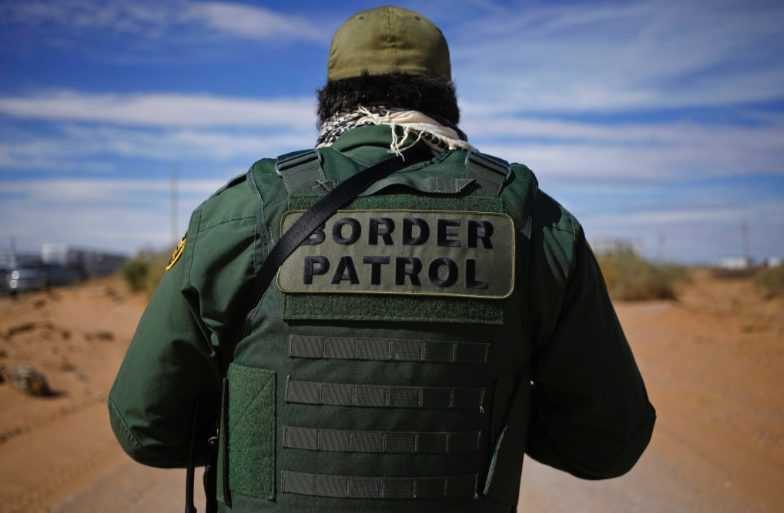 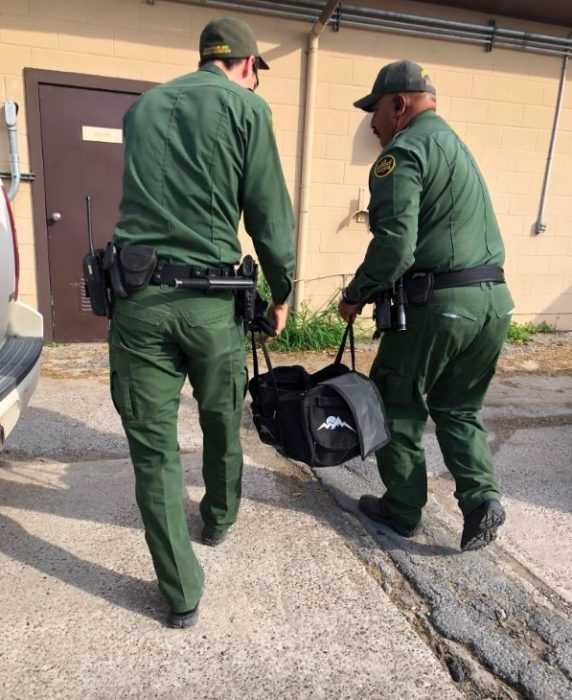 Maynard was performing a routine check in the area when he noticed three men. The three men looked especially suspicious and he decided to follow-up with them. He soon noticed a black duffel bag that they were carrying. 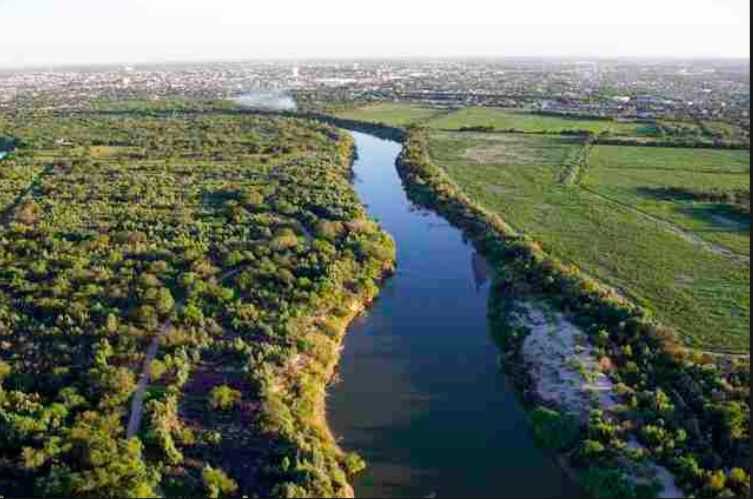 The three men had just crossed the Rio Grande and the only thing they had with them was the black duffel bag. As soon as the men spotted Maynard, they quickly fled the area. However, they left behind their bag. 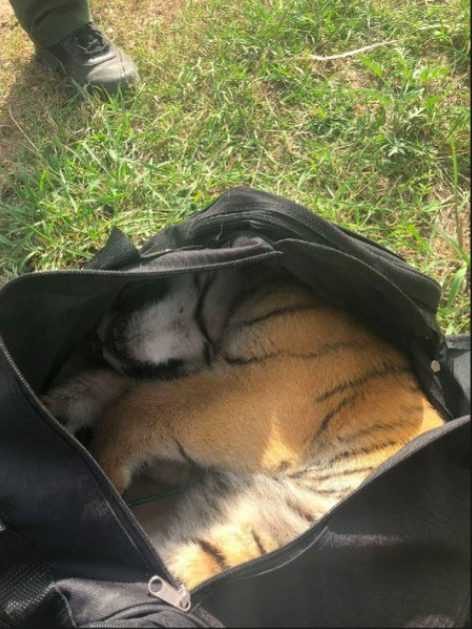 Maynard quickly looked at the duffel bag and knew that he had to check it out. He slowly moved toward the bag and then began to open it. When he finally got it fully open he was shocked by what he found inside. 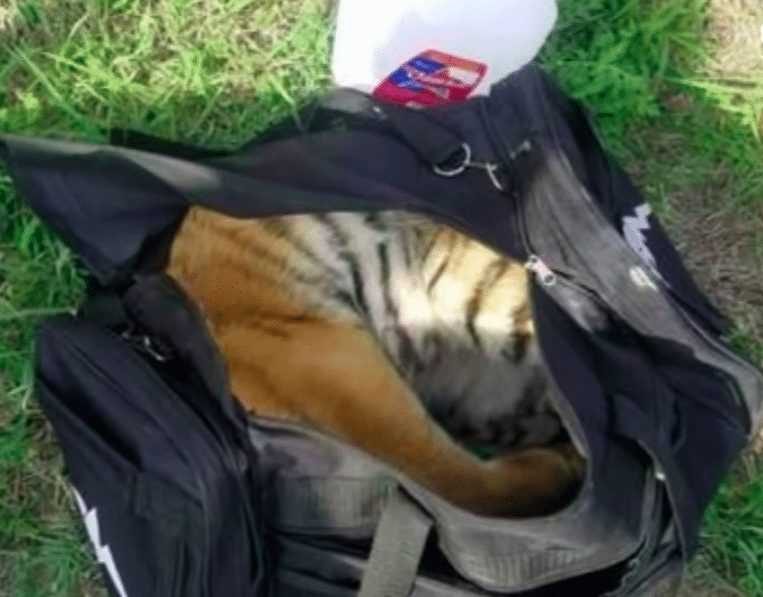 When Maynard finally got the bag open he was shocked to discover a tiger cub crouched inside. The tiger cub was only three to four months old and looked like it was in a very bad state of health. The tiger’s life was in danger. 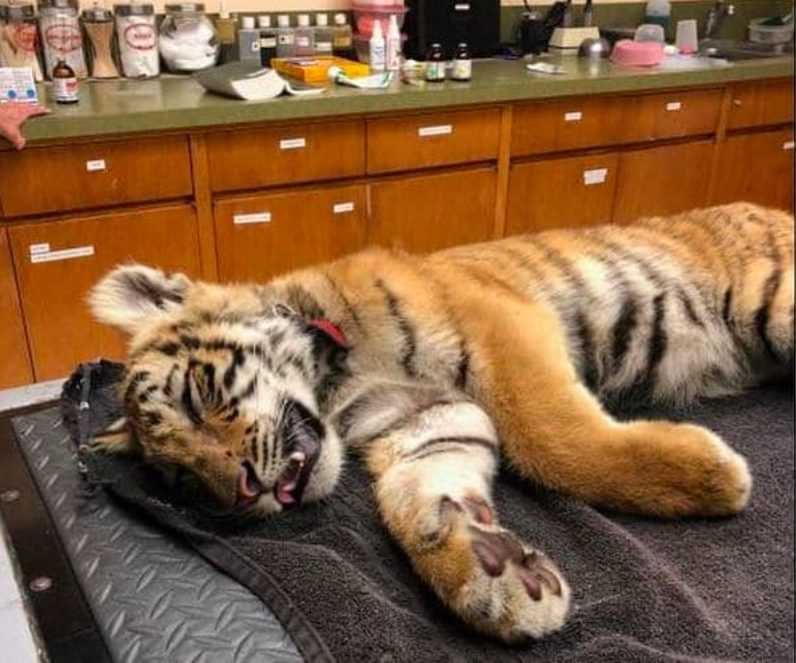 The poor baby tiger was on the verge of death as his temperature had risen to 107 degrees. The fever was taking over the tiger’s body and the baby could hardly move. If he had been discovered any later he may not have survived. 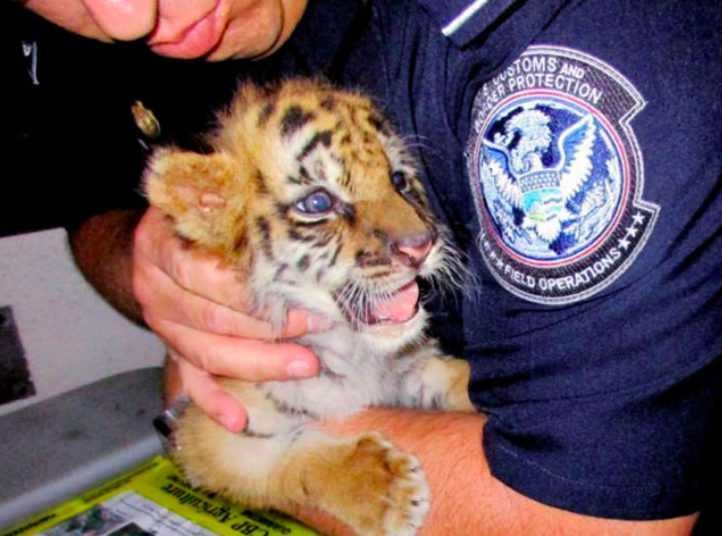 Maynard knew that the tiger was in need of immediate help and so he rushed the tiger over to Gladys Porter Zoo in Brownsville. Once the tiger was there they began to treat him right away! Luckily, this little tiger cub was a real fighter. 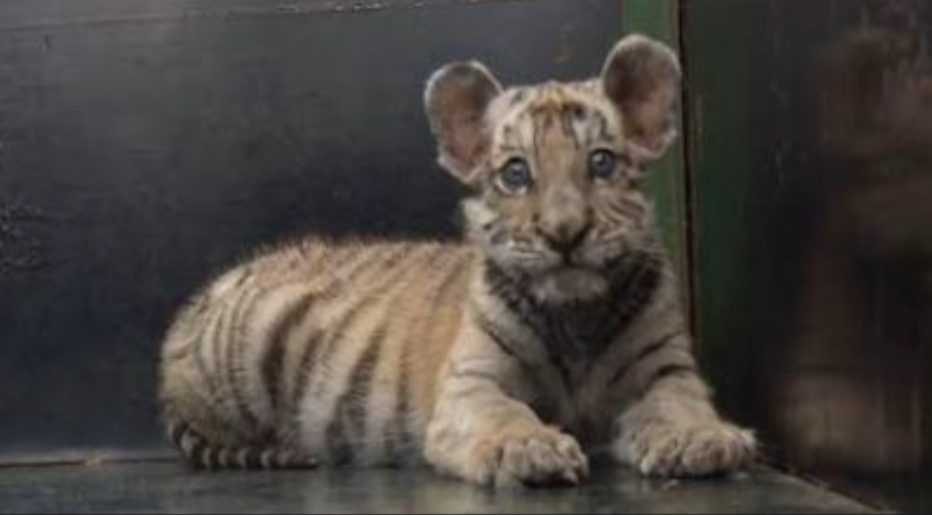 Although he was small, the little tiger cub was a true fighter. The zoo gave the tiger cub medication, food, and a ton of water. Soon enough, the cub began to come around and look much better than when he was first brought over. 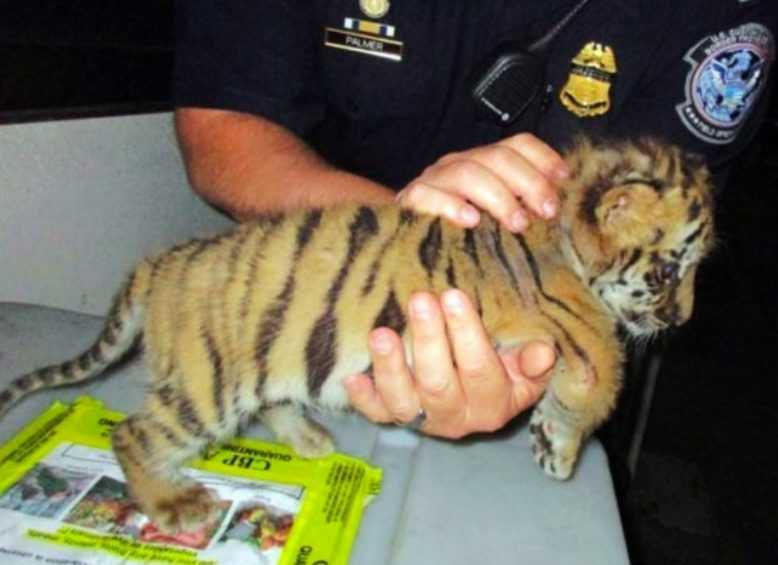 The cub stayed at the zoo for the next 3 months while he underwent treatment. Each day, the little cub would get stronger and stronger. Throughout his stay at the zoo, the workers began to look into finding the tiger a more permanent home. 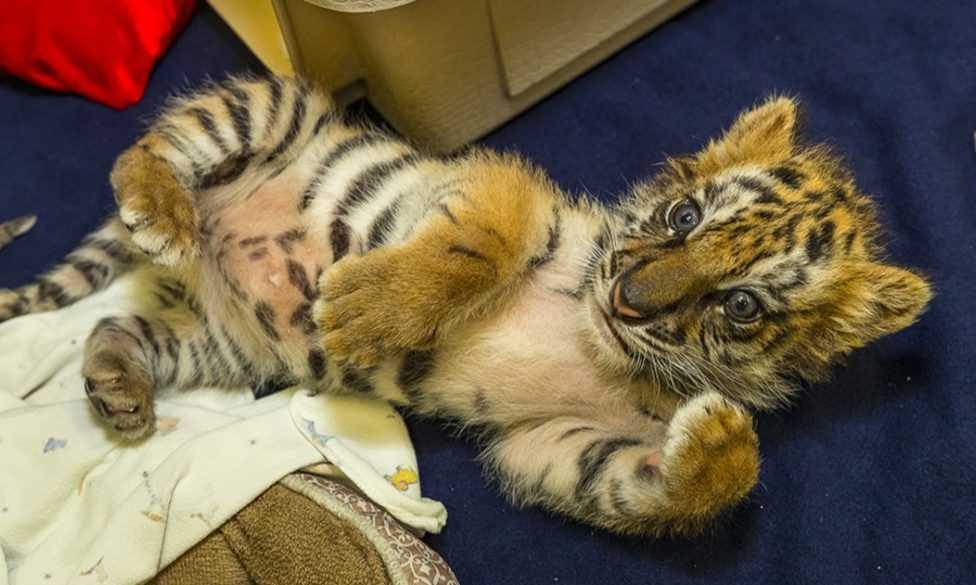 Eventually, the zoo came up with the wonderful idea to bring the sweet cub over to In-Sync Exotics. In-Sync Exotics happens to be an exotic animal sanctuary in Dallas. Zoo workers knew that the tiger would have a lot of open space to run around and be free at the sanctuary. 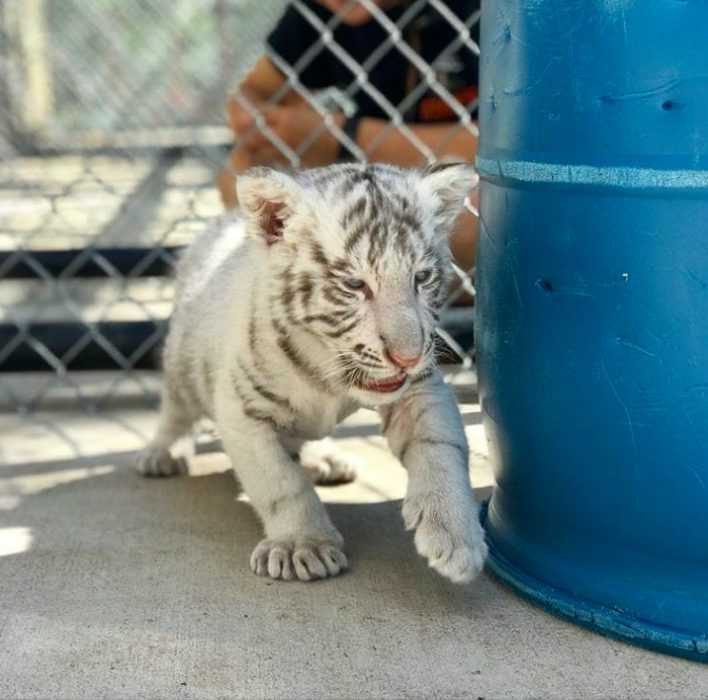 Not only would the young cub have a lot of room to run around but he would also have a new playmate! A white tiger cub named Kylo Ren already lives at the animal sanctuary and he is around the same age as the little duffle bag tiger. 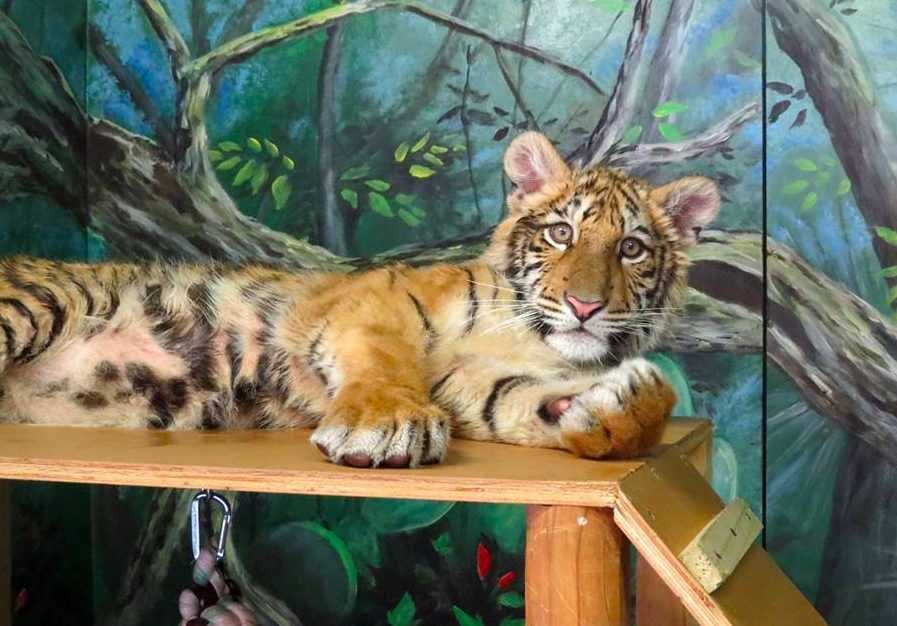 Finally, the young tiger cub was healthy enough to be transported over to the sanctuary. There he was introduced to Kylo Ren and was also given a Star Wars inspired name: Kenobi. It was a great meeting between the two of them. 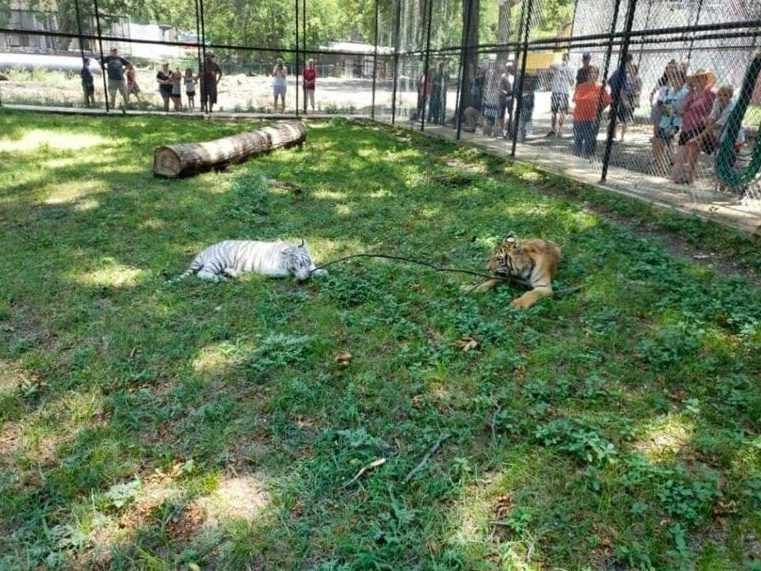 “When Kylo Ren goes out to one of the big playgrounds each afternoon, Kenobi is moved into Kylo Ren’s run, to help them both get used to each other’s scent,” In-Sync Exotics wrote on Facebook. The sanctuary takes extra steps to help them bond as well. 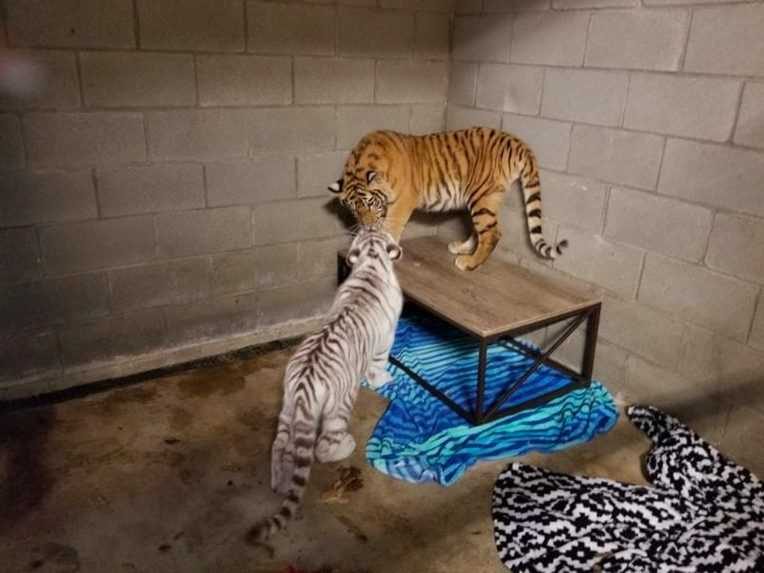 “When they are fed, we put Kenobi in a roll cage right up close to Kylo Ren (still with one fence between them), so they learn that being close to each other has pleasant associations.” So far Kenobi has been adjusting well! 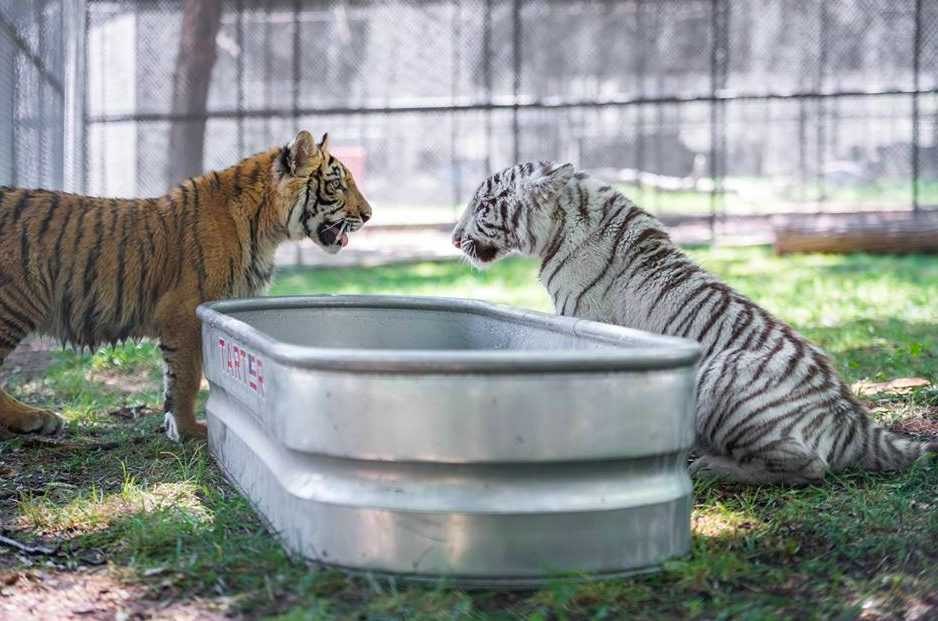 “Kenobi is adjusting well to his new environment,” In-Sync Exotics spokesperson Angela Culver told InsideEdition.com. “If all goes well, the two tiger cubs will move to their new permanent enclosure and playground in a couple of weeks.” 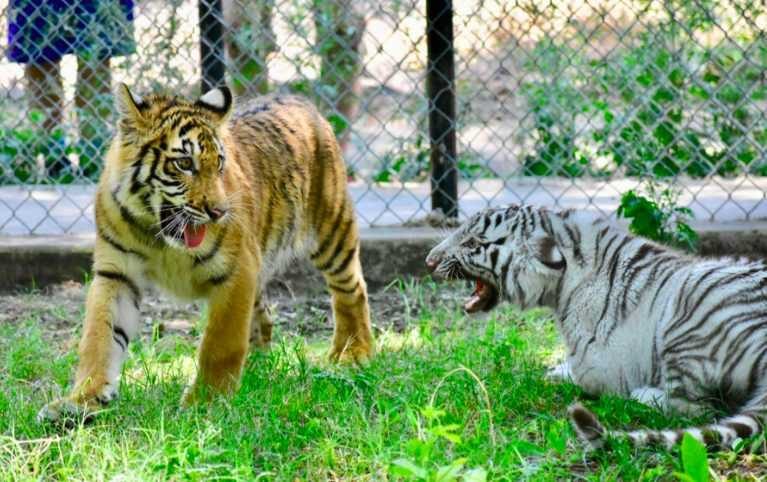 The sanctuary has been supervising a ton of playdates between Kylo Ren and Kenobi. They hope that soon enough they will be able to let the two of them run off on their own on the lands.

Recently, the sanctuary shared a video of Kenobi playing and climbing a tree. This has been a huge milestone for the tiger, as he was absolutely terrified of climbing when he first arrived! However, he has only been getting braver and braver with time. 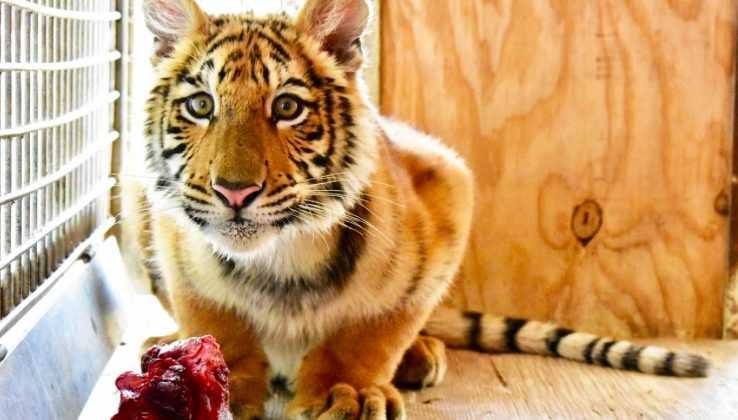 Both Kylo Ren and Kenobi are getting stronger and bigger each day. The sanctuary is so happy with their progress. Everyone is happy that Kenobi managed to survive his ordeal and ended up at the sanctuary. 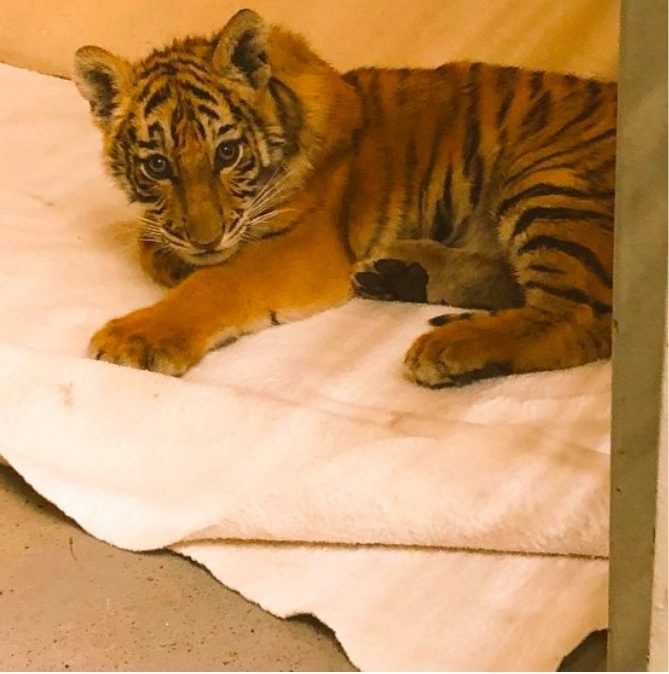 No one is quite sure how the tiger ended up in the duffel bag. However, it is lucky that the border patrol agent was there to rescue and save the sweet tiger. Now the tiger is enjoying a great life at the sanctuary. 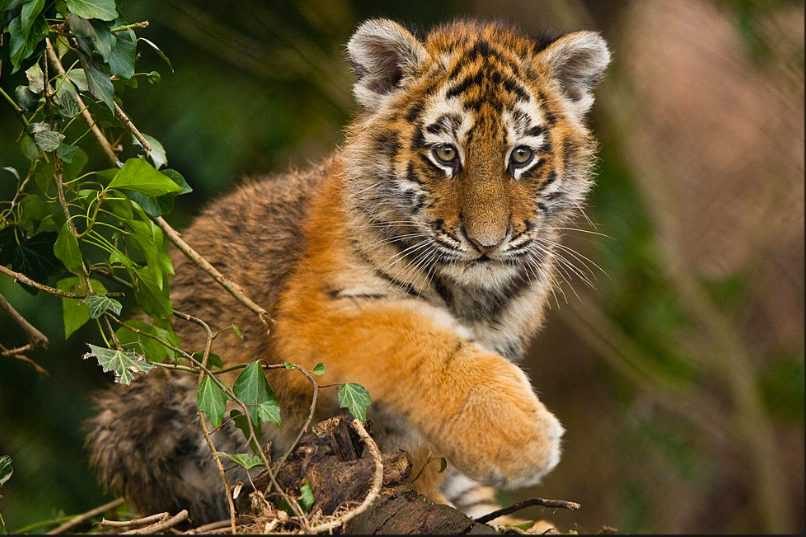 Kenobi will continue to live a wonderful life at the sanctuary. He will only continue to grow stronger and more brave as the time passes. It is great that he had been saved when his life was on the line!