Did These Two Bullets Collide Midair? – Probably Not


Did These Two Bullets Collide Midair? – Probably Not

This picture of two collided bullets, that was titled “Two Bullets Collide Midair” went viral on the internet a while back and stirred up quite a fuss. Bullets do collide, but it’s damn rare. It actually happened a pretty good bit during the Civil War, there are even a couple pictures of collided bullets from the Crimean War. The story is that two soldiers fired at each other and  their bullets collided mid air, saving both of their lives. Now is that possible? Sure (I’m not even going to get started and write a 20 page post on this subject – Google it). Likely? Not so much. Ok, ok so Did These Two Bullets Collide Midair? Nope. Take a look at the bullet on the left. You can see it has absolutely no rifling on it at all. That should tell you that it was not fired, therefore it couldn’t have possibly collided with the other bullet midair. So did these bullets collide? Yes, obviously, just not midair. The bullet on the left was most likely in some soldiers kit on a clip.

Two Bullets Collide Midair – Not So Much. 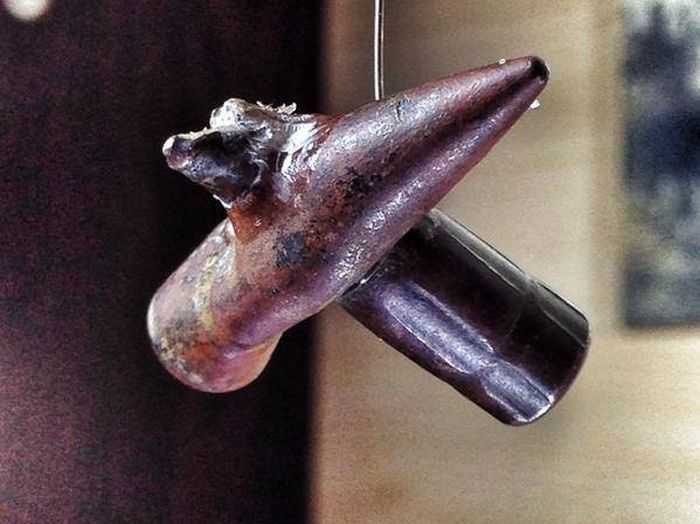 Did these two bullets collide midair? – probably not. 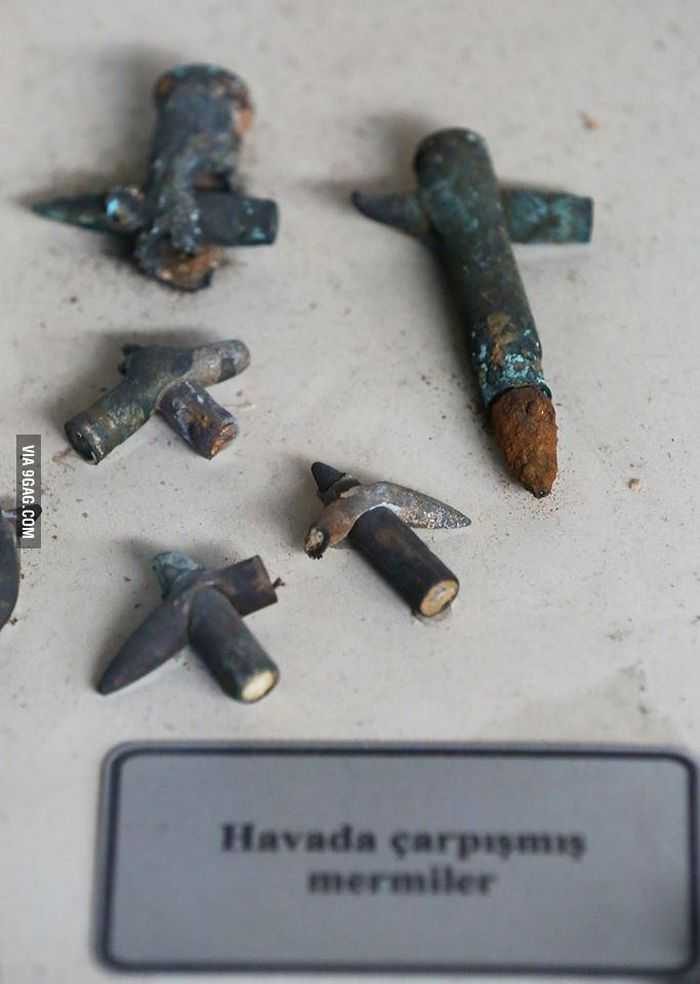 Now bullets DID collide with each other and fuse together during the Civil War, and there is even a picture of it happening in the Crimean War. 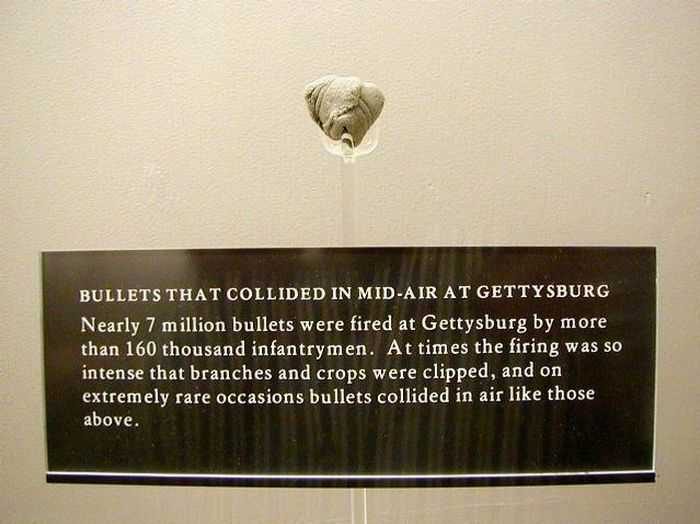 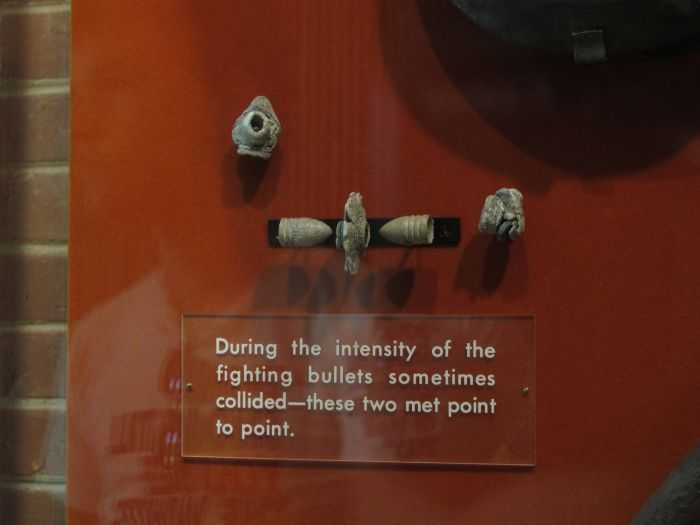 During the siege of petersburg, a long-term battle fought during the american civil war, the union and confederate sides fought in close proximity. Their soft lead bullets sometimes collided and smashed together.

To take the myth out for target practice, the MythBusters first replicated the 19th-century miniball firing caps and gunpowder. Next, they lined up two gun barrels with laser sights and rigged up a simultaneous electronic triggering device to allow the weapons to shoot directly at each other.

Since the finicky firearms refused to discharge at the same time, the MythBusters set up a frame to hold one old-fashioned bullet in place. Then, they shot at the stationary bullet with one of the guns. Sure enough, when the moving bullet struck its ballistics bull’s-eye, the miniballs fused together.

During the Civil War, two soldiers’ bullets collided in midair and fused together.

The MythBusters first tried to mount two Civil War rifles in front of each other so that when fired, the bullets would collide in midair. However, this proved impossible because they were unable to get the guns to fire at the same time. Instead, they aimed a single rifle at a bullet suspended in the air. The fired bullet hit dead center, and the MythBusters found that both bullets had fused together into a single mass. Though incredibly unlikely, it is possible for two bullets to collide and fuse together in midair. 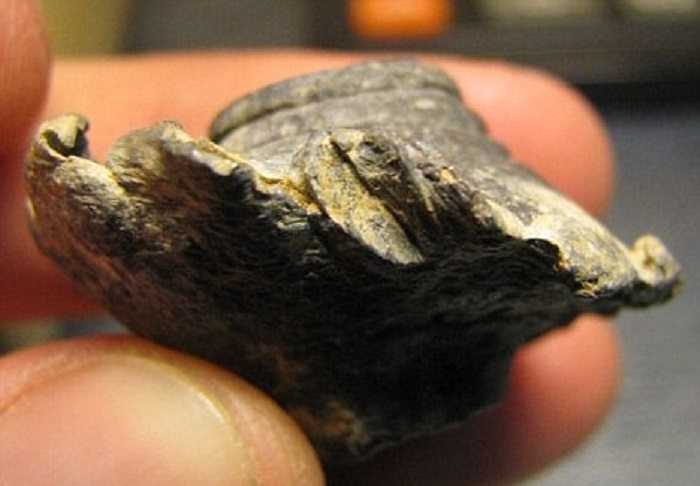 Two rounds that met midair during the crimean war. 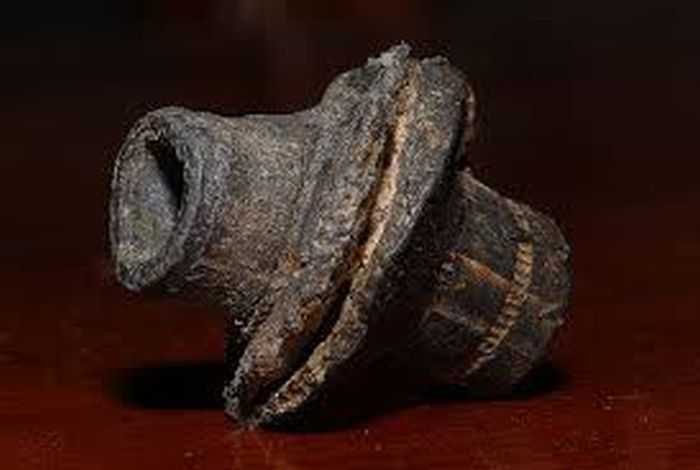 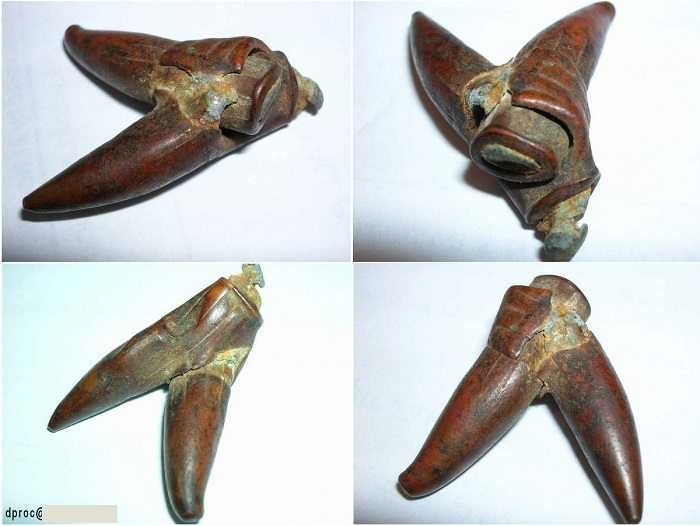 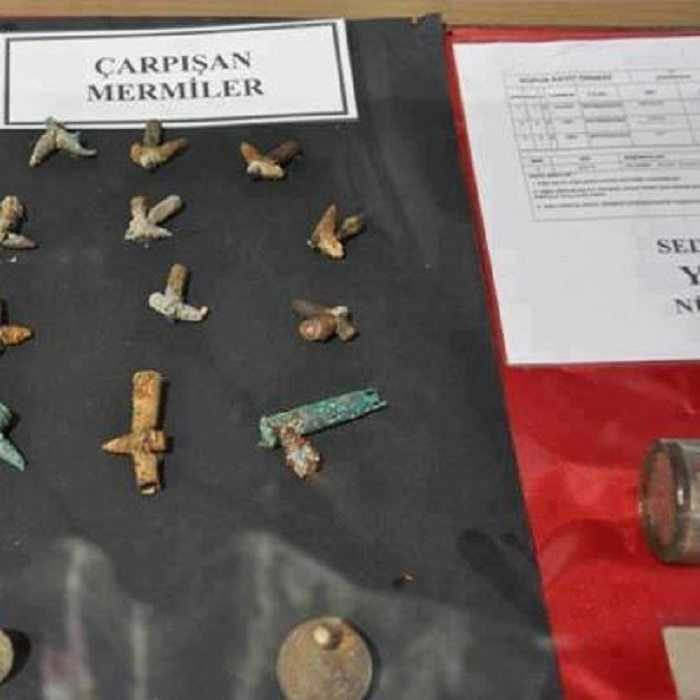