This Levitating Plant Pot Is A Marvel to Look At


This Levitating Plant Pot Is A Marvel to Look At 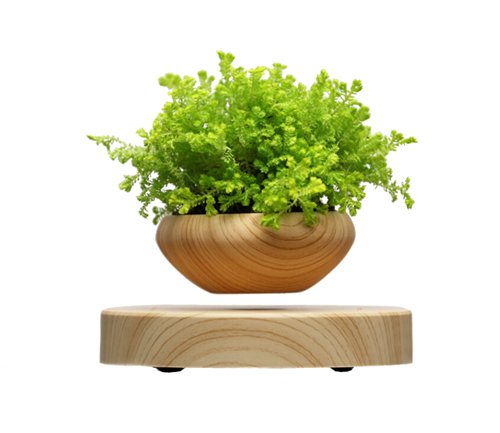 (414)
$90.00 $55.00
Using magl... read more
(as of July 5, 2022 00:49 GMT -05:00 - More infoProduct prices and availability are accurate as of the date/time indicated and are subject to change. Any price and availability information displayed on [relevant Amazon Site(s), as applicable] at the time of purchase will apply to the purchase of this product.)

For the life of me, I can’t seem to get my eyes off of the levitating plant pot. Seriously, if you look at this ingenious version of a living-breathing invention, it appears so serene and peaceful; a moment of perfect tranquility. Sigh…

Technically, this kind of “magical” makeover has been in the market for a long time. You have seen levitating speakers, levitating this; levitating that – and then there are hover boards etc. For most of these products, the manufacturers use a magnetic base, which propels the object hovering above it to stay there through an equal and opposite force. This is the main scientific logic to these things. 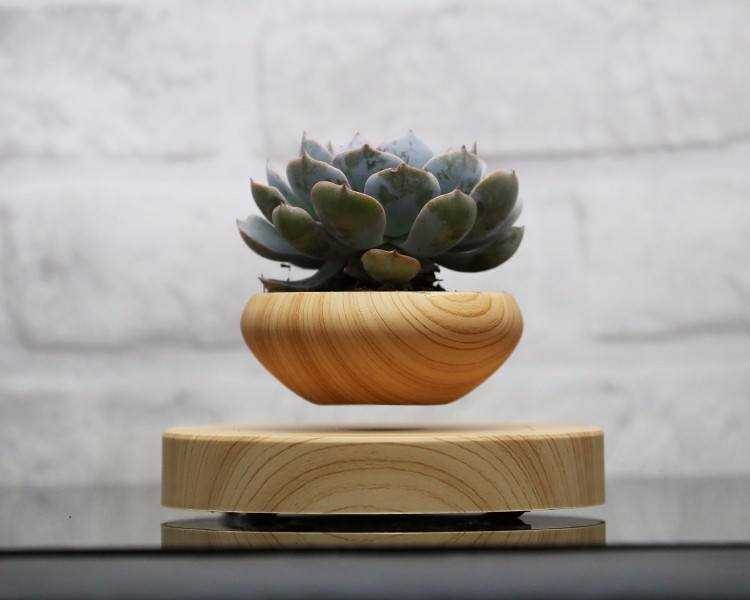 It Gets Interesting with Levitating Plant Pot

However, it gets mildly interesting with the levitating plant pot. It is not a thing of the passe’, and it certainly has a mesmerizing effect on the bystanders. A friend of mine bought this recently for his office, and his only concern was that people kept touching it to see the reason behind the “magic” levitation. While doing so, these numb nuts would tip the thing over, hence causing my friend to reset it and get it hovering back again.

The Levitating Plant Pot is a glamorous product with an overall wooden design and an oak base. It is an effective conversation starter as well since the pot gives the impression of a next gen/ sci-fi product. In the same context, there are a few select Japanese companies who have created Air Bonsai Levitating Plant Pots alongside an array of miniature trees. 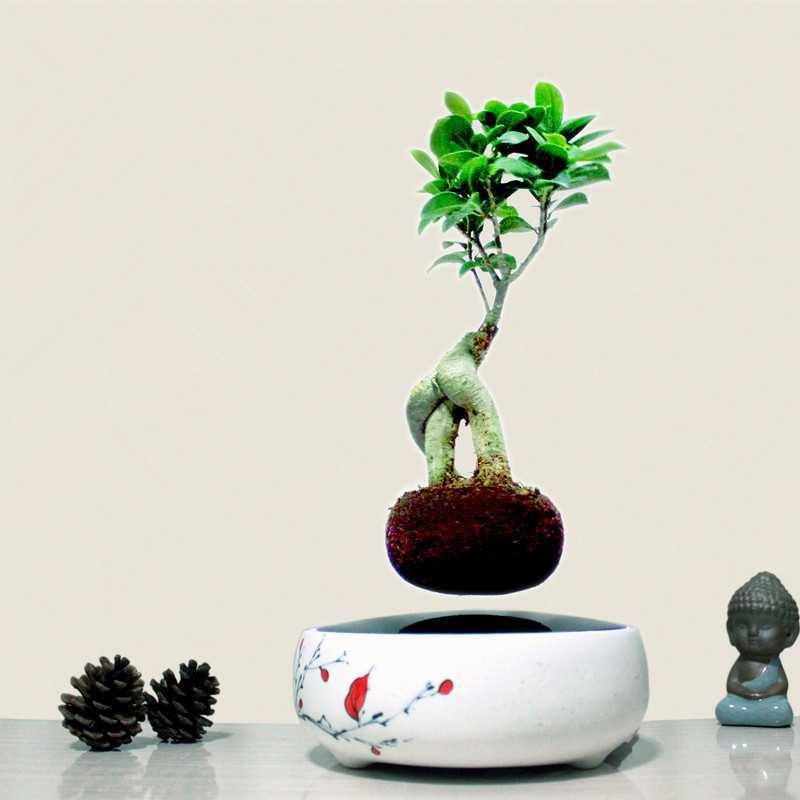 If you are outside of Japan, these companies are not able to ship the expensive bonsai plants to you, but they make up for it by shipping extra goodies, starter manual and the Levitating Plant Pot itself. The trick with these things is to make sure that you are not over-watering the bonsai tree – especially because it levitates naked in midair. The soil, the roots and everything literally “hangs in the balance”, as it becomes your responsibility to nurture and nourish the plant as much as possible.

You can get your own Levitating Plant Pot for as low as $99. The price goes up all the way to $10,000 = i.e. if you are considering the Air Bonsai masterpieces. For $10,000, they also let you take a tour of the company premises etc.; just their way of thank you, I guess. 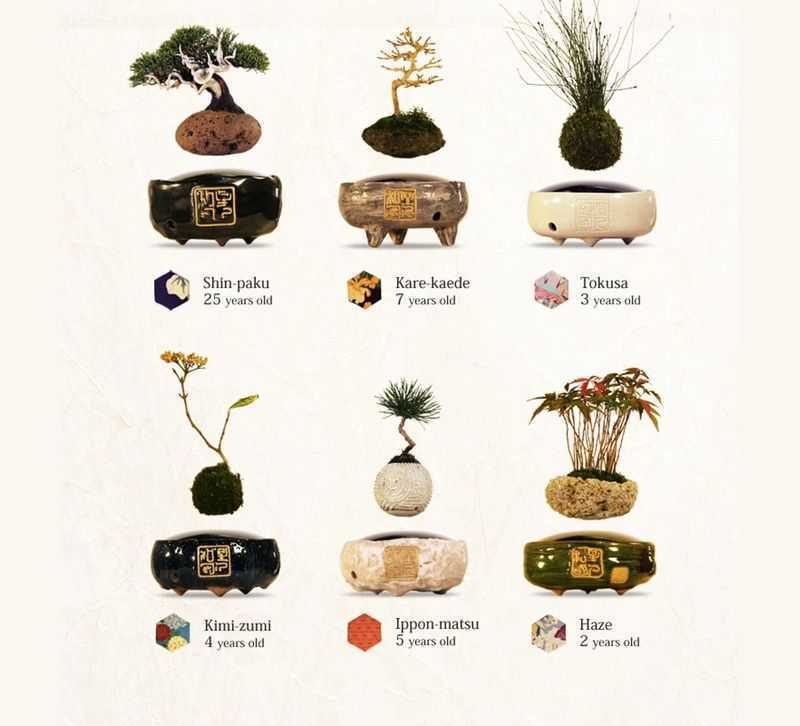 I do have to warn you that looks can be deceptive in the overall Levitating Plant Pot product lineup. Sometimes, cheaper is not the best option. The low budget Levitating Plant Pots tend to be smaller in size as compared to the actual product image shown in the photos. Still, if you are willing to invest over $200 or something in the same ballpark zone, you are good to go.

Moving on, the latest in Levitating Plant Pot series are the ones from a company called: Lyfe. Their pots have a state-of-the-art mechanism aside from hovering and rotating the plant continuously. For instance, there is a safety water reservoir at the bottom of the Lyfe Levitating Plant Pot base. Just in case, you tipped over the water jug too much and the plant is watered beyond the recommended limit, the reservoir sucks in all the excess water. 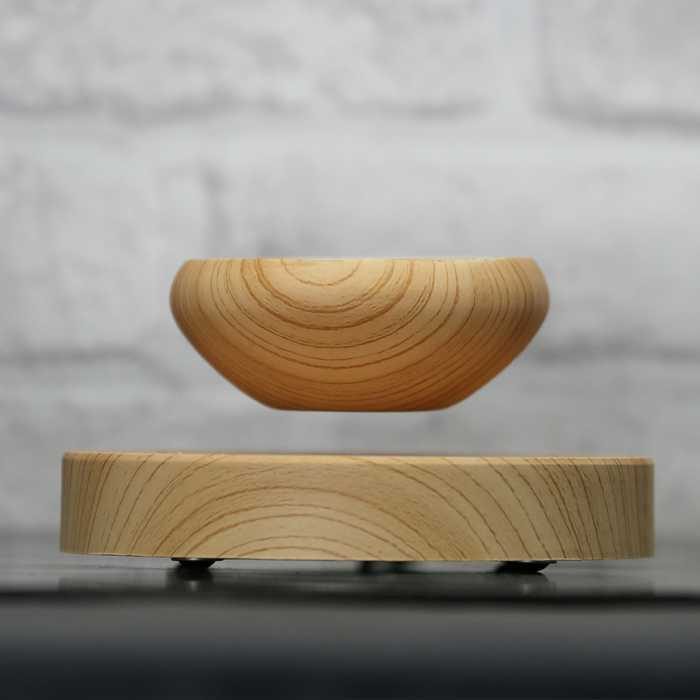 Later on, you can drain that unwanted water reserve without any trouble or whatsoever. On the same note, some people like to think that it is a wise decision to keep the water in the Lyfe Levitating Plant Pot. Let me remind you that this can cause health damage because of concerns for hosting a perfect breeding ground for malaria, bacteria and some other infections. So, it is up to you whether you want to go that way or not.

Regardless, these Levitating Plant Pots are a great product. They are truly innovative, and since the plant requires regular care, the pot will give you a reason to come back to it over-and-over again.

If you’re interesting in getting your very own, head over to Amazon.com today.