Naming the greatest movies of all time is a treacherous exercise. So much of movie watching is a subjective experience. Critics often coalesce around one movie, like Dances with Wolves, only for that movie’s status to totally fall decades later. A decent rule of thumb is seeing which movies triumphed at the Academy Awards, but winning awards only counts for so much, since some of the great films in movie history weren’t even nominated. Despite these difficulties, it is possible to find consensus on a list of top movies. For this list, we utilized a combination of reviews, popular opinion, awards, and whether the movie influenced the industry as a whole. Without further ado, we present the best movies of all time! 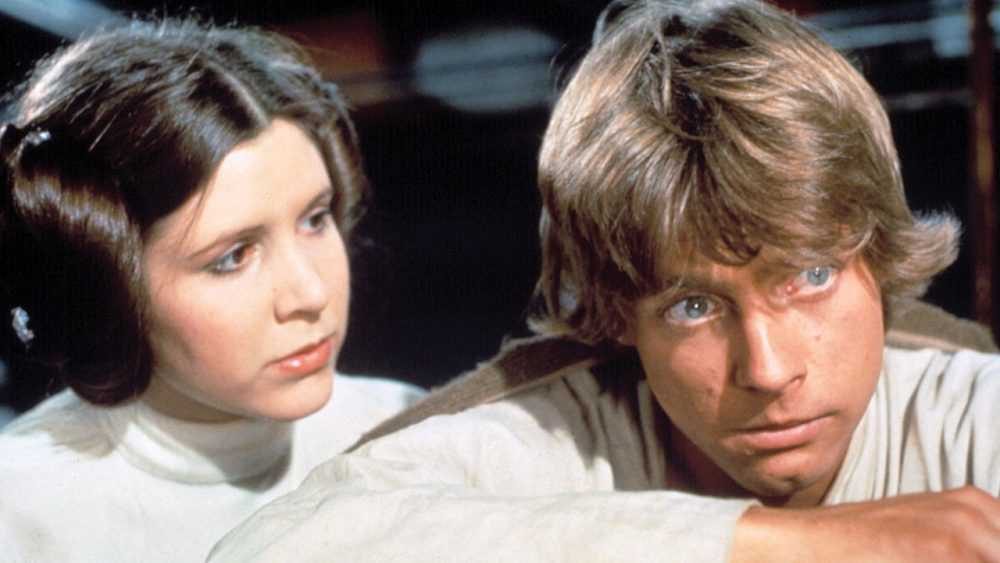 You can call it “Episode IV” if you want, but original recipe, 1977-vintage Star Wars is still the best of the bunch. It’s also one of the most influential movies of all time, regardless of how you feel about the many, many (too many) sequels and prequels that came after. George Lucas thought the studio rushed him into making decisions he didn’t want to make. Consequently, he later ruined the same movie that makes this list by calling it “A New Hope” and adding scenes that made the movie worse. 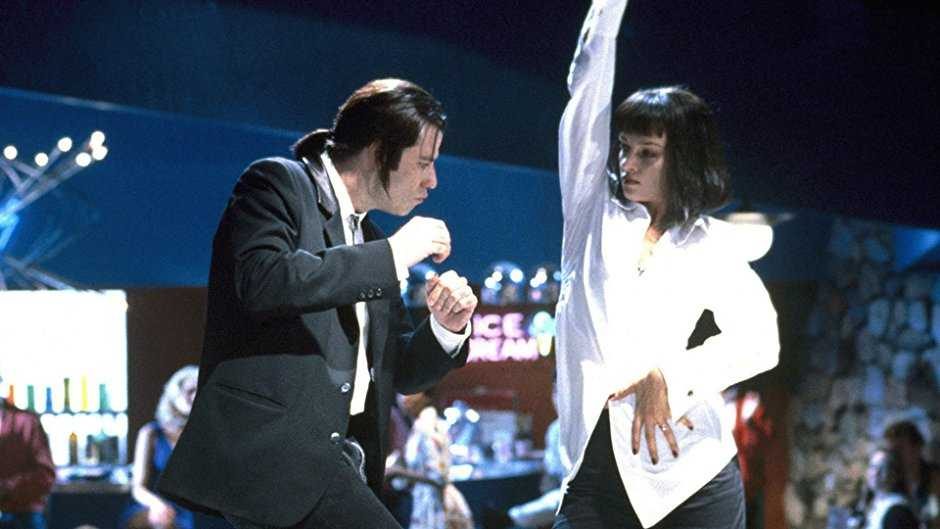 You can find people who think Pulp Fiction is the greatest movie of all time, and those who think Quentin Tarrantino is grossly overrated. These two debates are beside the point: the movie is one of the best ever made and it continues to have a huge influence on 21st century cinema. Tarrantino had no formal training, and perhaps that was what allowed him to think out of the box to tell a story in such an original way. It broke all the rules of the typical gangster and hood movie and did it with style and verve. There were lots of questions about whether the public would really “get” such a quirky and violent film; but Pulp Fiction became the first independent movie to gross over $200 million. I’d say people got it. 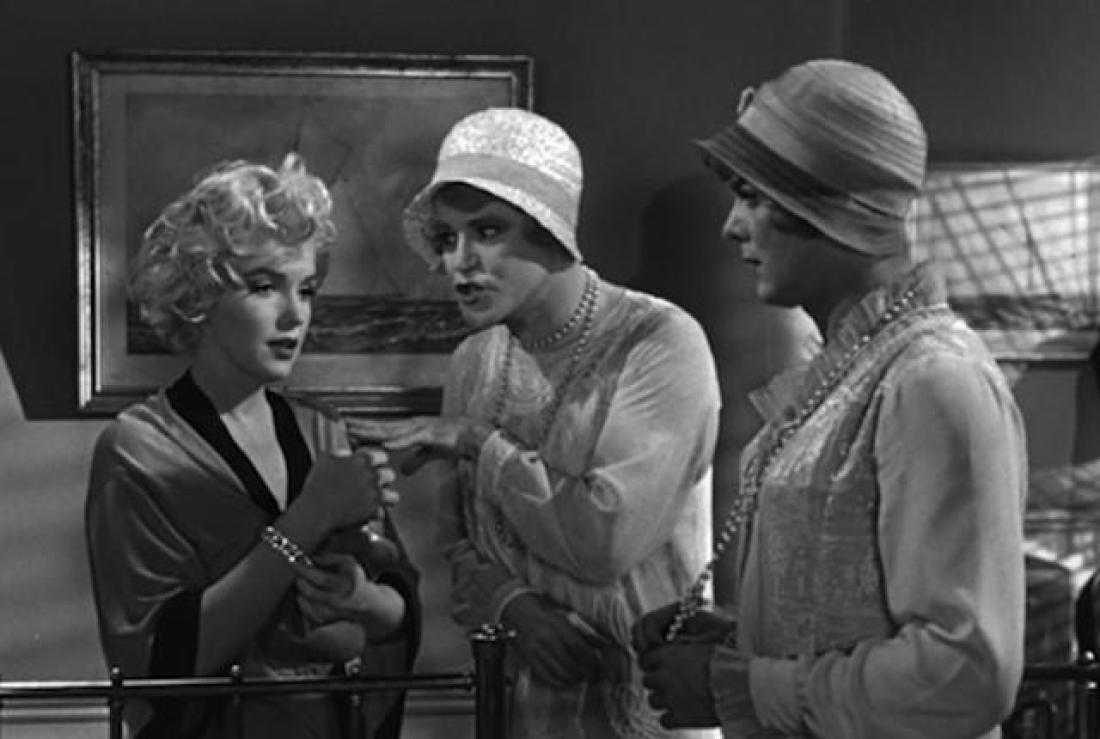 Is Some Like It Hot the greatest comedy that’s ever been made? Probably. Two guys cross-dressing through the 1920’s to avoid being killed by mobsters has obvious comedic potential, but in the hands of writer-director Billy Wilder, it kept up a frenetic pace that still dazzles audiences today. Jack Lemmon and Tony Curtis were perfect together and oh yeah, the movie also has Marilyn Monroe! What’s not to love?

12. Silence of the Lambs 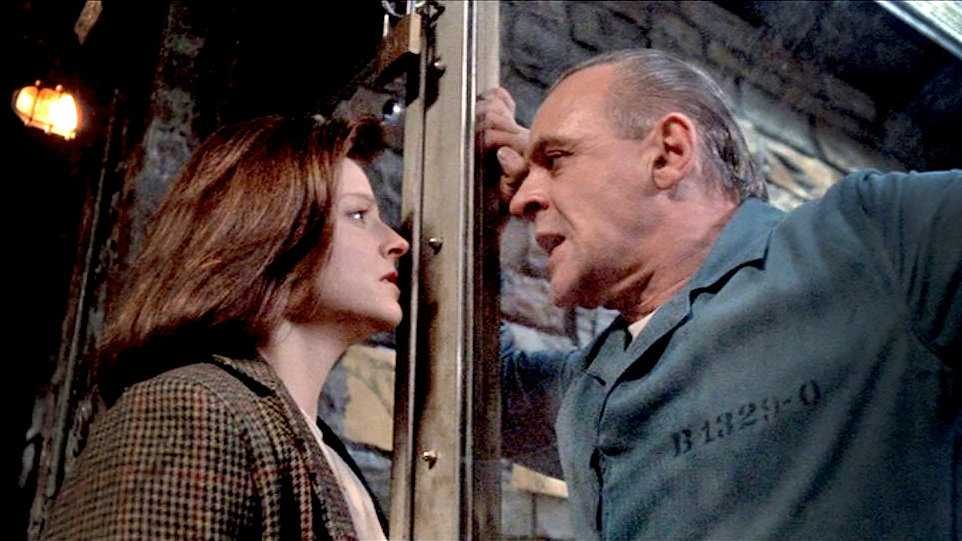 Silence of the Lambs was only the third movie in history to win Academy Awards in the top five categories. Its reputation has held up over time, achieving a 93% fresh rating on Rotten Tomatoes. Like many other movies on the list, it is chock-full of memorable lines (“I ate his liver with fava beans and a nice chianti”). But more than that, Silence of the Lambs broke all the rules, as screenwriter Ted Talley told Rolling Stone: “I had a conversation with Jonathan [Demme] years ago about how this movie broke so many rules about how to make an effective Hollywood thriller. It’s very talky, it’s very intellectual. There are no car chases or explosions. The main character is a woman rather than a man. She’s never in direct physical danger until the end of the movie. It just broke all the rules.”

Italian director Sergio Leone’s masterpiece was Once Upon a Time in the West. In it, Leone broke his own rules, which had been subverting the idea of the cowboy as the moral and rugged ideal of the American West. But in this movie, he tells the epic tale of four lives destined to crash into each other at a specific time in the Old West: when it would all break down because of the railroad. In doing so, Leone incorporates many of the tropes of the traditional Western. But more than that, the movie is remembered for its incredible visual style, including its almost 10-minute opening sequence which featured almost no dialogue.

10. One Flew Over the Cuckoo’s Nest 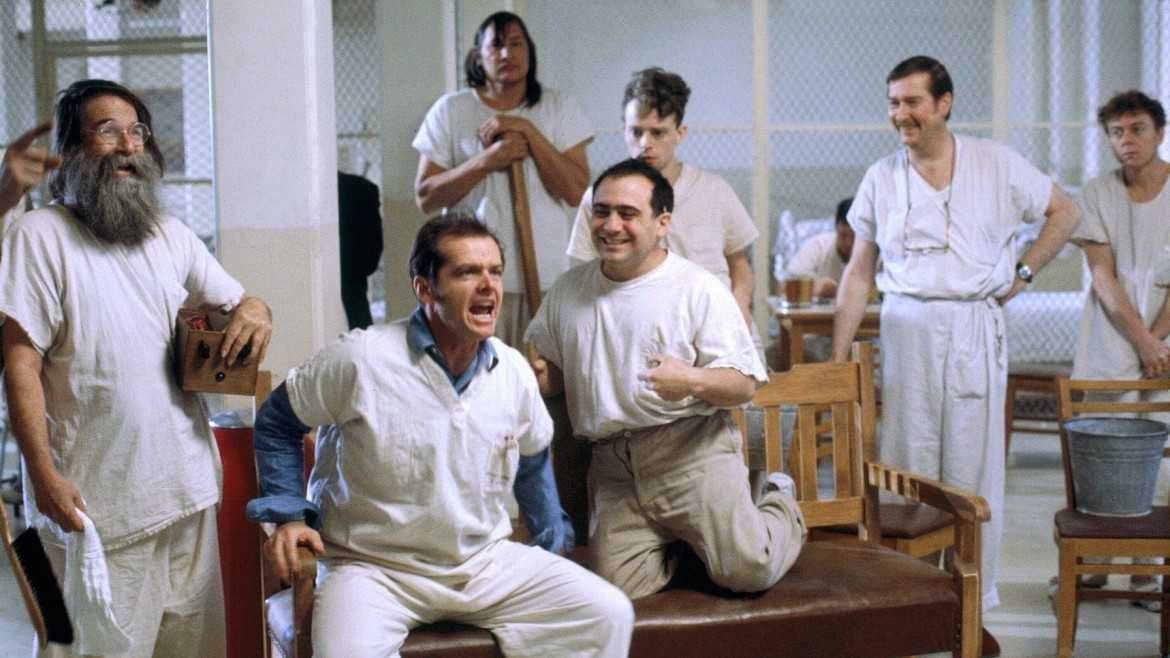 One Flew Over the Cuckoo’s Nest was just the second movie to win all five of the biggest Academy Awards. It won six Golden Globes, six BAFTAs and five Oscars, including Best Actor, Best Director and Best Actress. The movie turned Jack Nicholson from a four-time Best Actor loser to a winner and box office blockbuster. Milos Forman got the best out of his actors with unorthodox methods, including filming them when they weren’t aware of it, leading them unscripted group therapy sessions and immersing them in a real mental hospital with real patients. 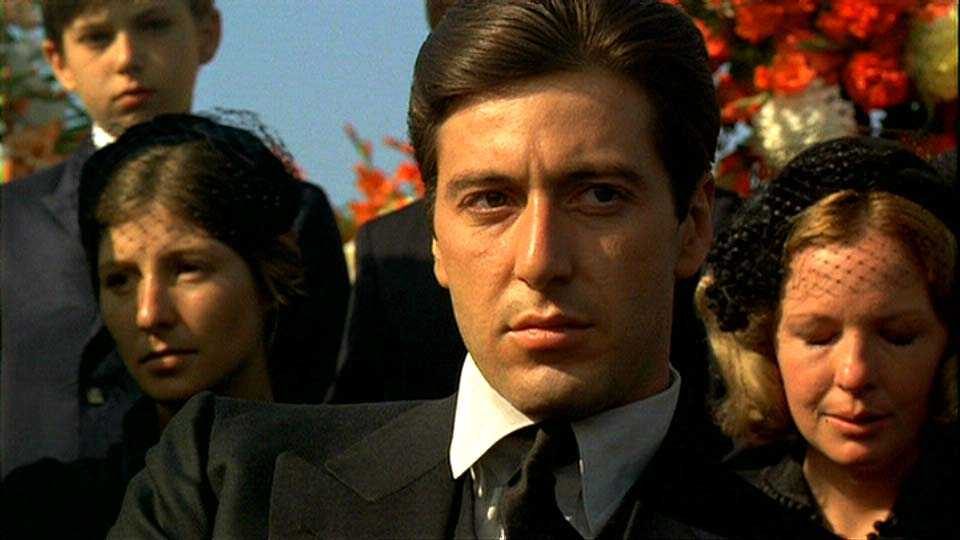 So much can be said about the influence The Godfather had on film, and it’s all true, but also consider how strongly the film influenced the culture. According to a book written by Tom Santopietro The Godfather Effect, the film version was a turning point in American consciousness about the pathos and glory of the American dream. It changed how Italian-Americans saw themselves, but it also encouraged Americans of other ethnicities to start thinking about their identities their disappointments, and their triumphs in their new land. Francis Ford Coppola’s masterpiece deemphasizes the “gangster” elements and makes the story seem grounded in a world that everyone could relate to, whether they are part of organized crime or not. The movie did not glorify violence, unlike its many imitators. It also spawned the first sequel that was the clear equal (or better) than its progenitor. 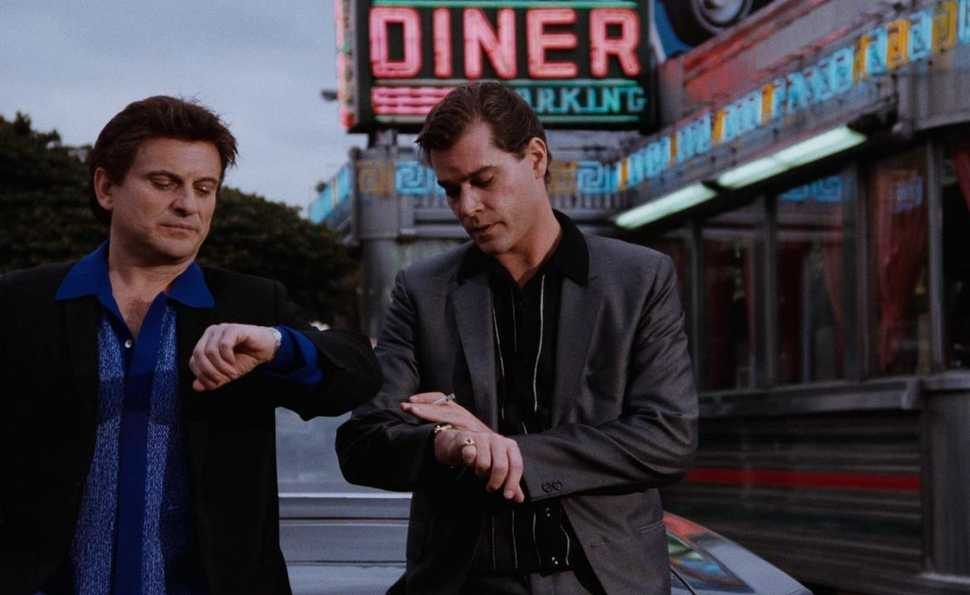 Dances with Wolves walked away with the 1993 Academy Award for Best Picture, but 1993’s Goodfellas is considered a modern masterpiece, while the Wolves movie is considered a mediocre genre film at best. Goodfellas and The Godfather are two of the most influential films in history, but Goodfellas is a greater achievement. Why? It added humor and talkativeness to the drama and pathos of the typical mob movie. Scorsese’s three-minute longshot showing the entrance to the Copacabana is closely studied and admired. And the movie also opened the door for masterful TV series like The Sopranos, Mad Men, Breaking Bad, and The Wire, which are all in its debt for storytelling about anti-heroes. 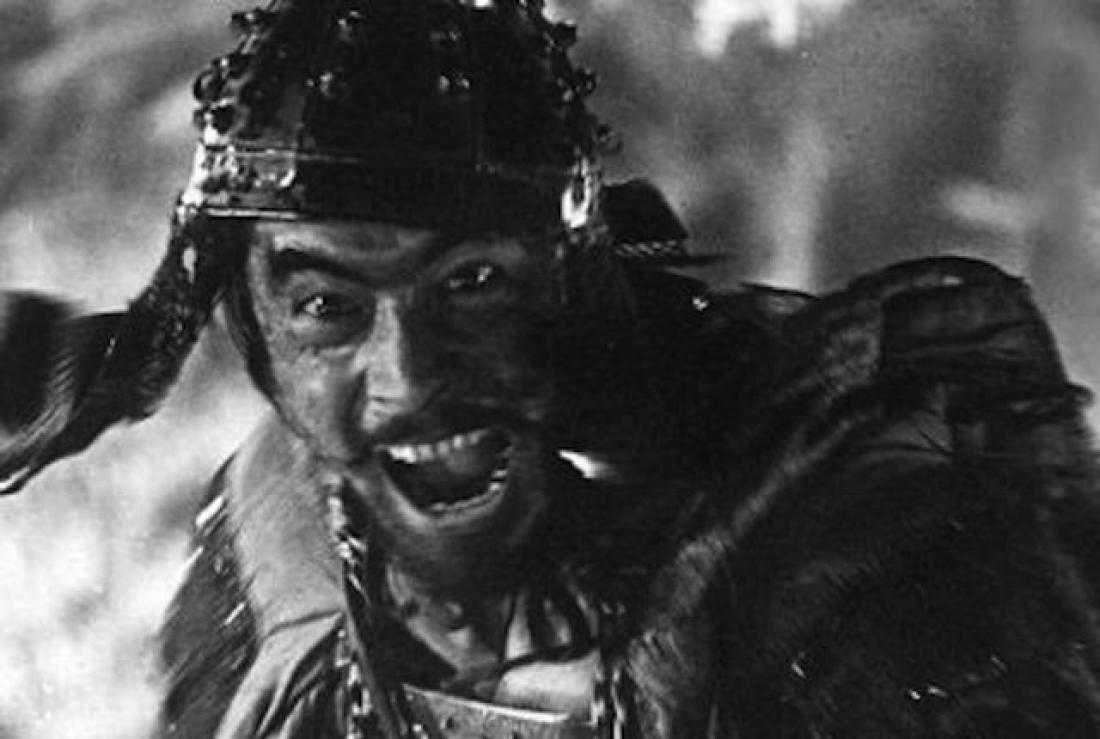 On the surface, a nearly four-hour black and white movie about 16th century Japan would seem a longshot to make the list. But Akira Kurosawa’s Seven Samurai broke the mold because of its director’s virtuosity. Kurosawa’s script offered new insights into the concept of the samurai and the lives of peasants, which at the time were shocking ideas to Japan. His direction includes beautiful cinematography and realistic battle scenes. Kurosawa was influenced and fascinated by the American West. His movies were in turn highly influential on the same industry he idolized. Without Seven Samurai, there would be no Magnificent Seven, Fistful of Dollars, or even Star Wars. 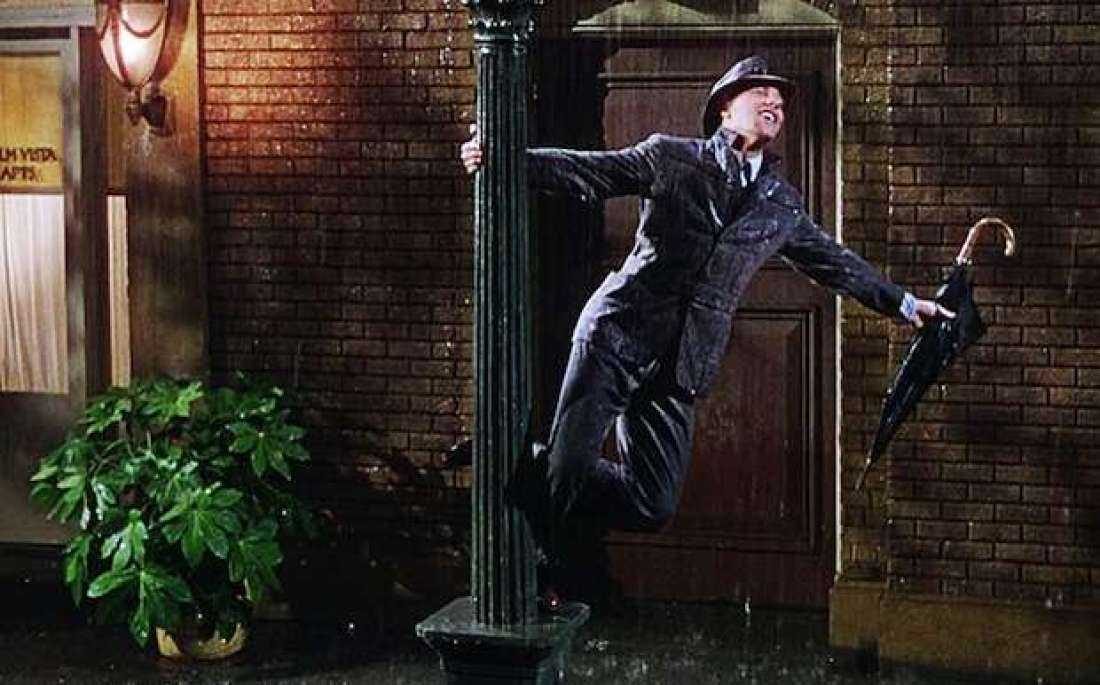 This list is filled with plenty of doom and gloom. But movies that are lighter still deserve a lot more respect than they are given. This surely applies to the musical. Although musicals have declined so much that every new one is an event unto itself, they once dominated the box office. The best movie musical of all is still Singin’ In the Rain. The movie is entertaining and hopeful and visually stunning. Gene Kelly, Debbie Reynolds, Jean Hagen, Donald O’Connor are incredible! 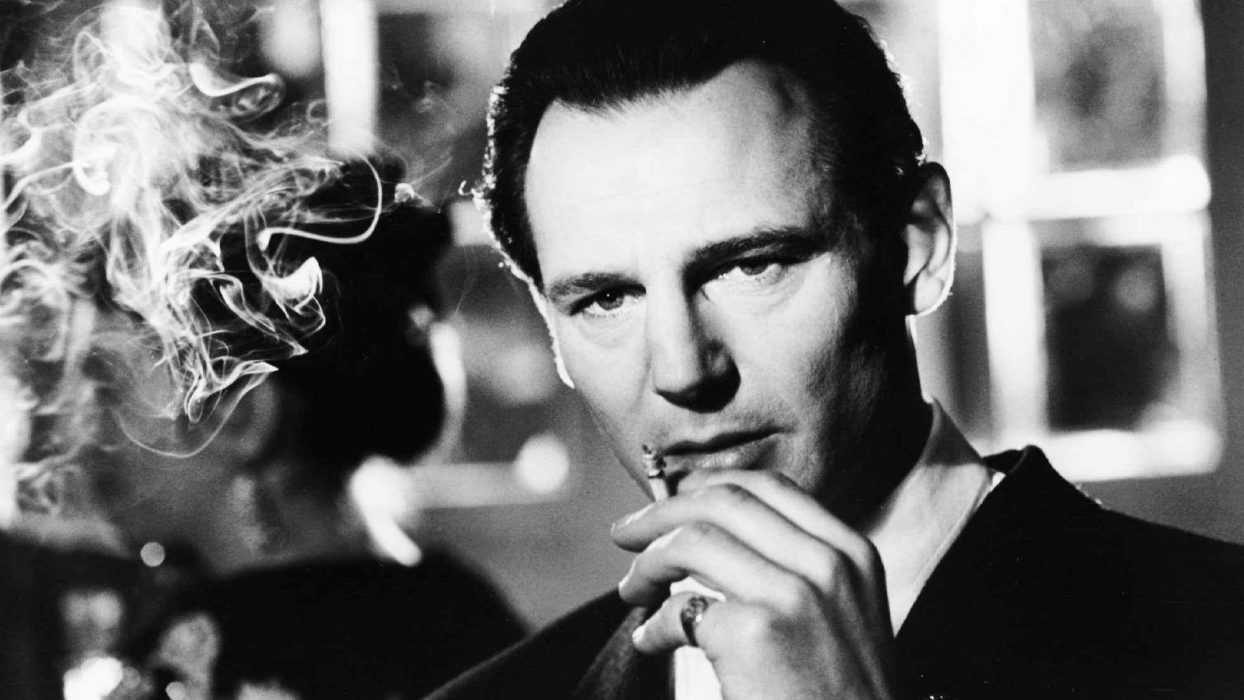 Every once in a while, people will question whether Steven Spielberg’s Schindler’s List was really that great. Yes, the subject matter is heavy and the movie is long, but the movie dramatizes its subject matter with realism and heart. The movie portrays the violence and horror at the heart of the Holocaust by infusing its victims with true beauty and vitality and showing the sociopathic evil of a man like Amon Goeth (portrayed by Ralph Fiennes). Spielberg took enormous risks: making a movie clocking in at three hours and shooting it in black and white. It is disturbing, emotional, raw and remains Spielberg’s best work. 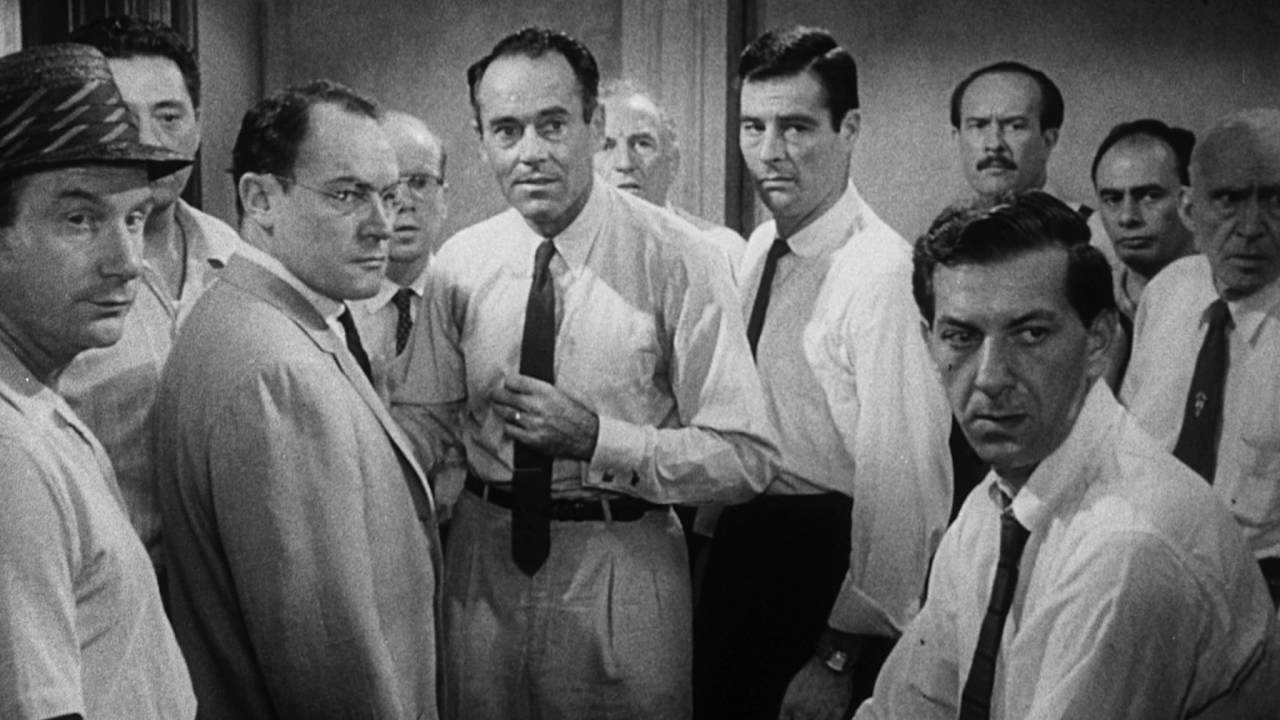 Sidney Lumet’s 12 Angry Men was a box office disaster that bombed so bad Henry Fonda never made a dime from his performance. Yet it is undoubtedly one of the greatest works of American cinema. Why? It starts with the incredible dialogue and camera angles as they work to turn up the heat on a jury. Nearly the whole film takes place in a jury room, which starts out comfortable and then becomes roiling with intensity and a claustrophobic effect as the men struggle with the case and each other. The movie shows how maximum emotion, tension and thrills can emerge in a single room, free of explosions, car chases or violence. It’s also a masterclass in the workings of the American justice system. 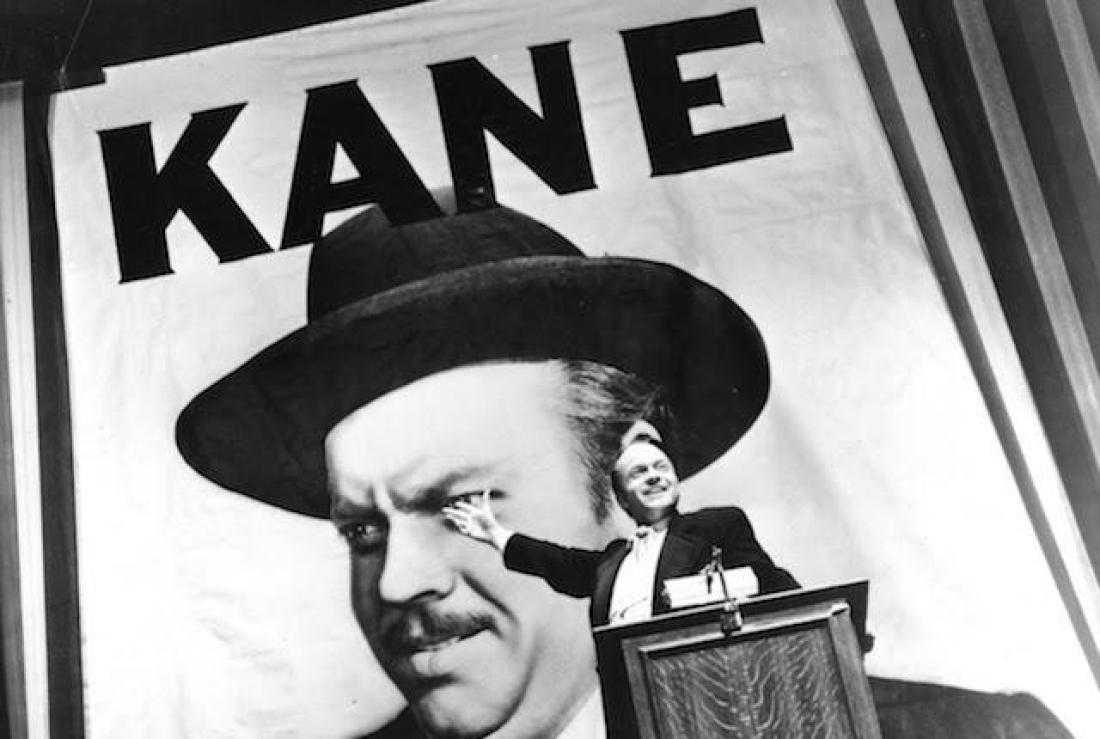 Citizen Kane is probably the only movie on this list that is universally regarded as a classic. Ironically, critics weren’t unanimously wowed by the film when it was released. Its stature grew along with the reputation Orson Welles. It is loved by film students because it teaches a master class in how movies were once filmed. It straddles many genres – from gloomy melodrama, political thriller, to farce… and even comedy! One can learn an awful lot about storytelling from the movie too. Although it isn’t as loved by the general public as it is by critics and industry people, it still belongs. 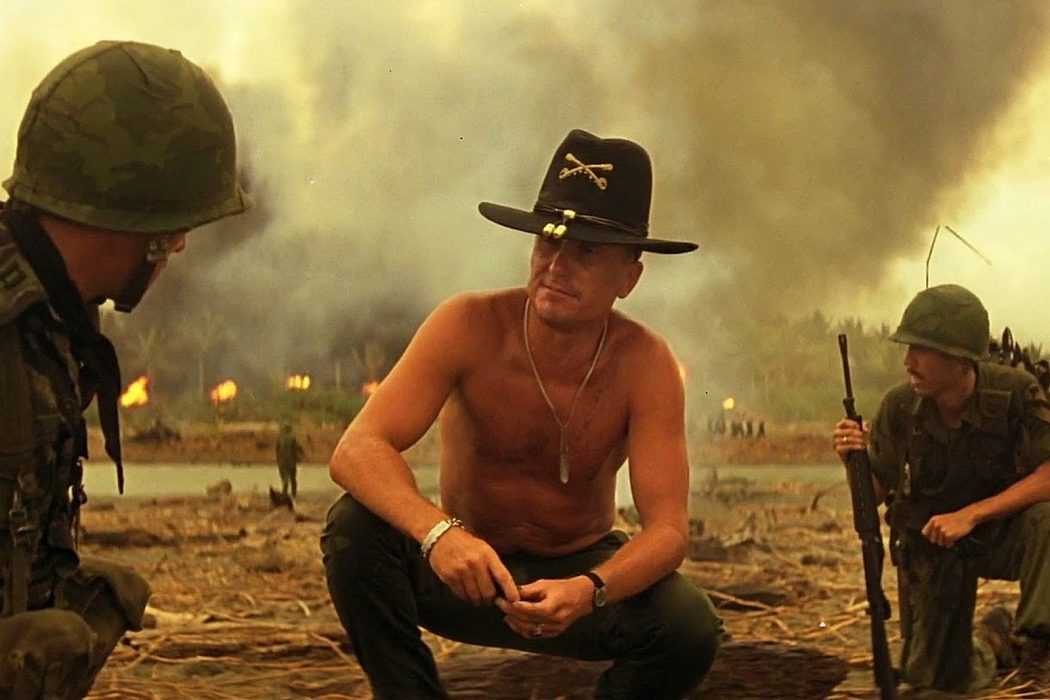 The Guardian called Apocalypse Now the “best action and war movie of all time,” and most of us agree. Francis Ford Coppola made a movie about the utter insanity of war. The shoot for Apocalypse Now was infamous for being utter madness as well, and that only added to the film’s mythology. With killer performances by Martin Sheen, Robert Duvall, and Marlon Brando cemented its reputation as a masterpiece. 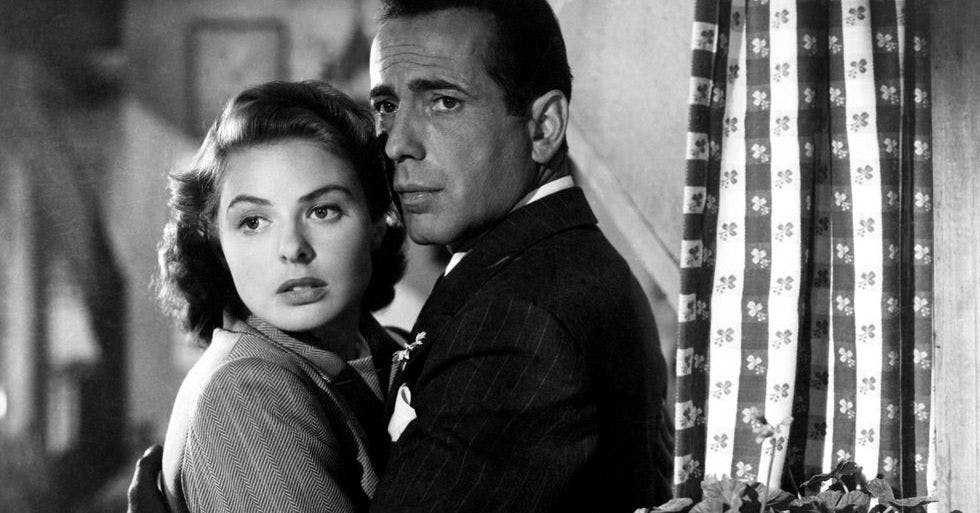 Casablanca turned 75 years old in 2017. Despite its age, it remains almost universally popular. Its characters, performances and dialogue are so embedded in Hollywood history that you can find references to them in dozens of movies each year. Whether you love the romance between Humphry Bogart and Audrey Hepburn (“we’ll always have Paris”) or are thrilled by the political ramifications of Rick having to give up Elsa to save the world (“the problems of three little people don’t amount to a hill of beans in this crazy world”), it’s hard to deny the movie’s power. The most memorable scene, the singing of La Marseillaise, is still incredibly moving. The extras on set that day were refugees from Nazi Germany (remember, the War was still on when the movie was filmed), giving it even more emotional resonance. 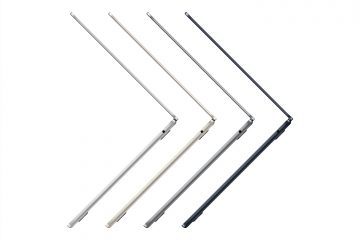 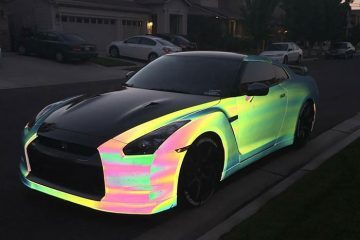