Canada has some of the coldest winters ever, and the people living in Winnipeg can attest to that. If you happen to have a home to come back to each day, then you should consider yourself very lucky. However, not everyone has that luxury and many dogs happen to suffer during the cold winter months. When one bus driver saw a hungry dog out in the cold she knew she couldn’t ignore it. Now, she does the most unbelievable thing for the dog each day. 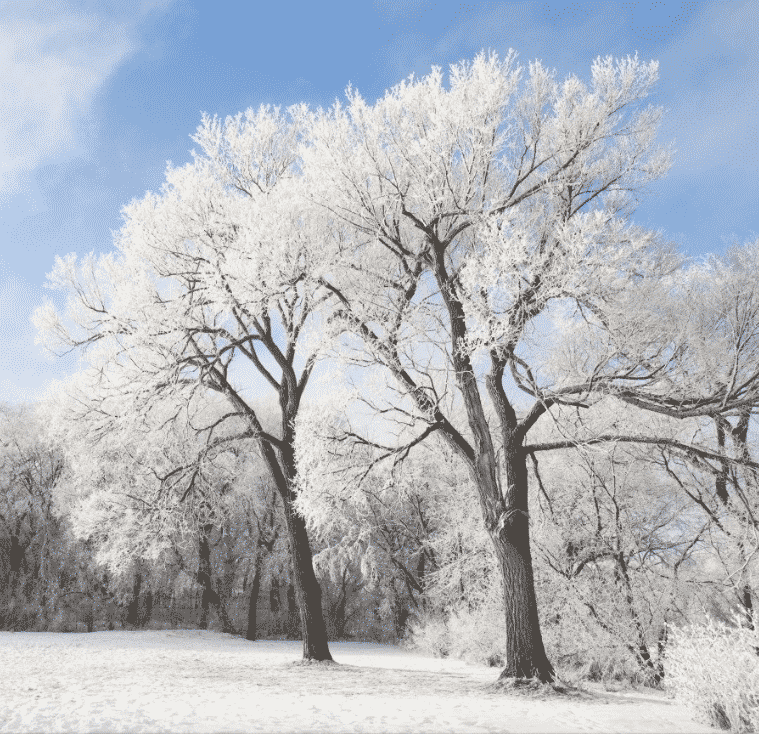 Canadian winters can be pretty harsh as the temperatures drop low. However, there is one Canadian city in particular that gets extremely cold. That city happens to be Winnipeg. 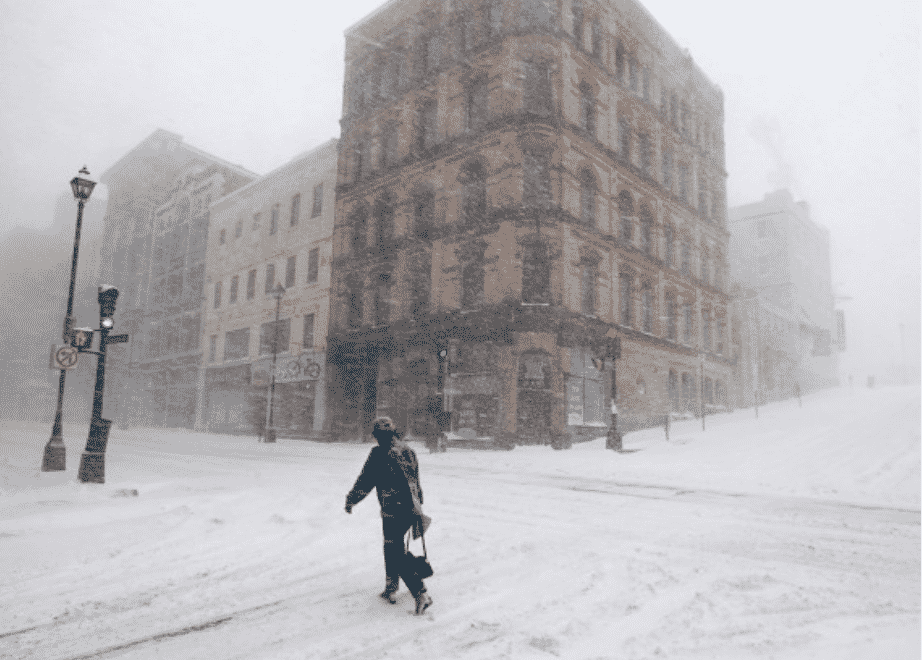 Winnipeg happens to be the coldest major city in Canada. During the wintertime, the average temperature drops as low as 4 degrees Fahrenheit. However, if you think that’s bad then you won’t believe what the city is known for… 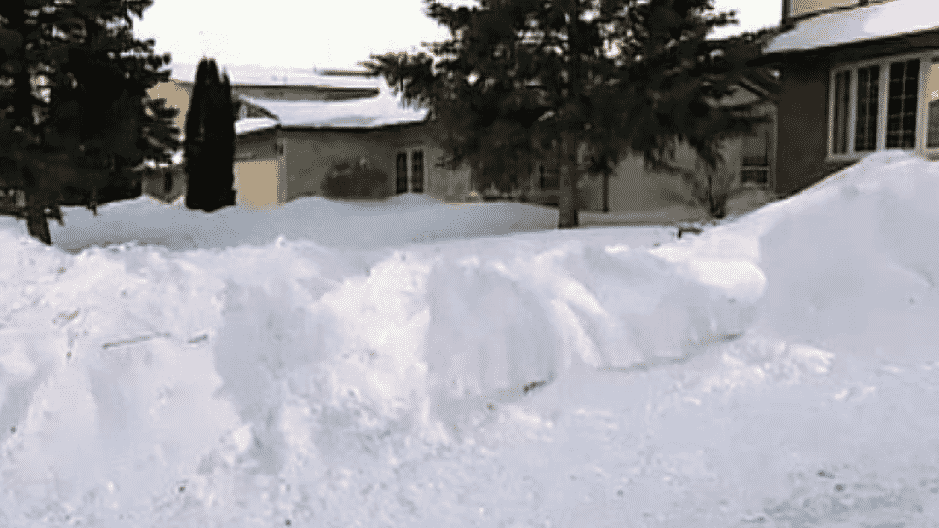 This Canadian city also happens to be known for its massive snowbanks. Snowbanks pile up to huge heights during the winter months. The state of living can be pretty miserable for most people, however, it’s even worse for the stray animals on the streets. 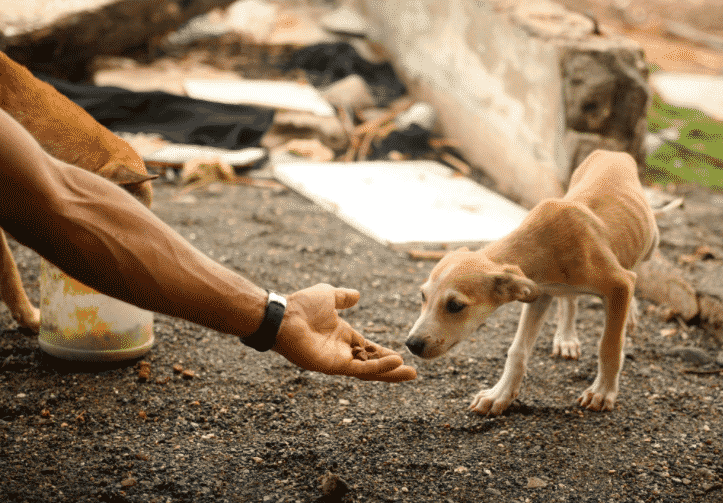 Since the city gets so cold, it can be a real nightmare for any stray dogs living in the city. It becomes almost impossible for many of them to find shelter to shield themselves from the cold. However, that’s not the only problem these dogs face. 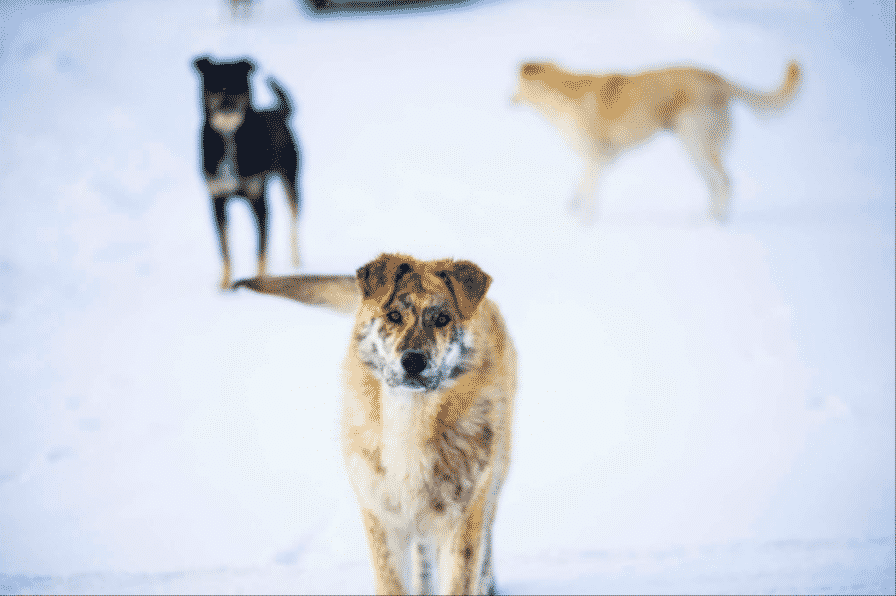 For many of these stray dogs, finding food can be almost impossible. With so much of the ground covered in snow, finding food becomes a huge issue. Knowing that this is a huge problem, an organization has begun to take steps to help out! 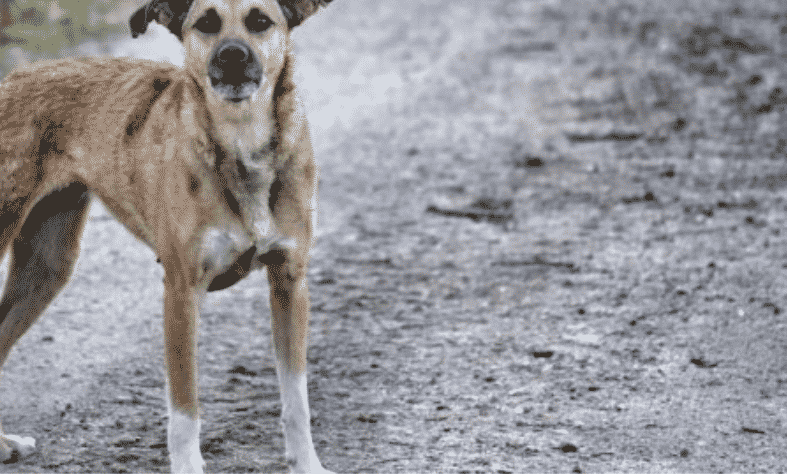 Feed The Furbabies Canada is a group that started out of the desire to help out stray dogs in Canada. The rescue group is dedicated to providing these dogs with food and other supplies to help them live out their lives more comfortably. The group aims to prevent the dogs from starving to death. 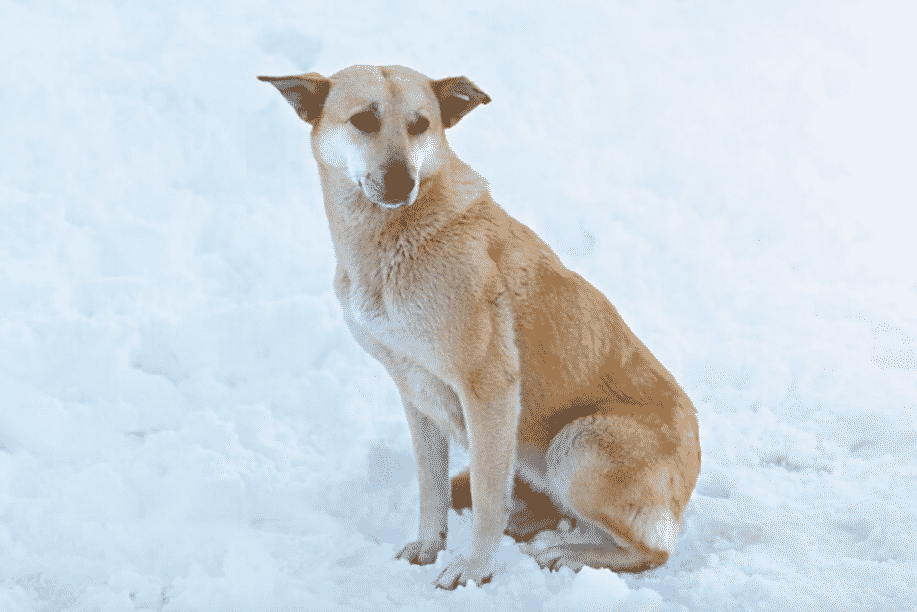 One member of the group happens to be a school bus driver. On a particularly cold day, this bus driver happened to come across something that broke her heart. Out there in the middle of the snow was a dog that looked desperate for food. 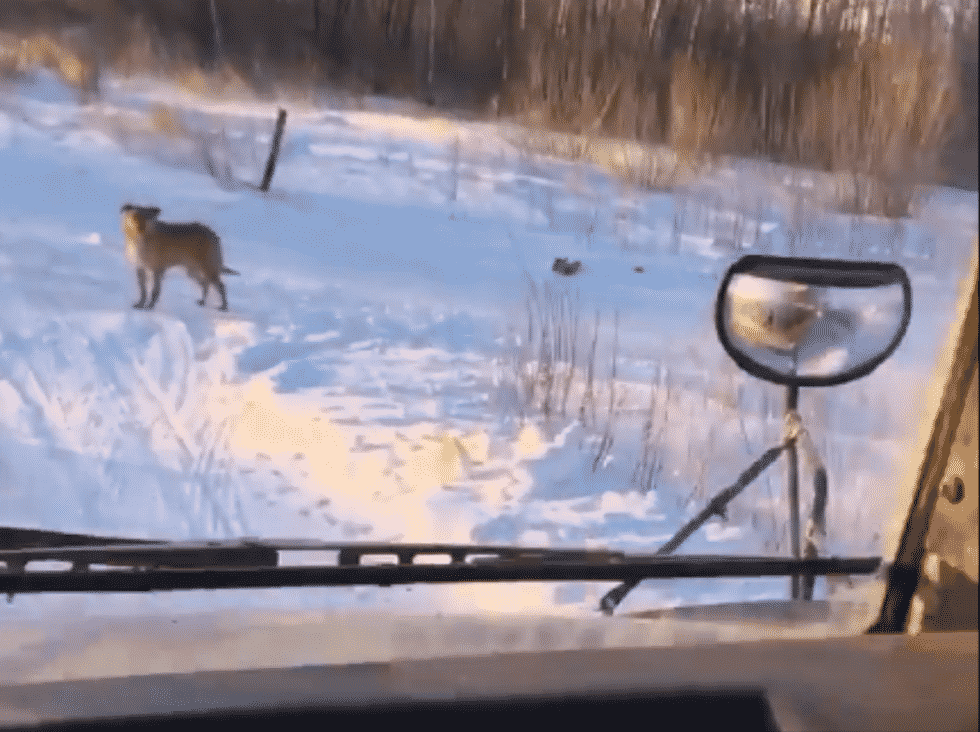 Two years ago, when the bus driver was making her rounds she drove past a dog that was rummaging through some trash in the snow. It was obvious that the dog was a stray as it was horribly thin and looked incredibly hungry. The bus driver’s heart broke for this poor dog’s situation.

The bus driver had a schedule to adhere to, however, and decided to stick to her route. Later, she drove back and looked out for the hungry dog. When she finally spotted him she threw him over a bag of food! 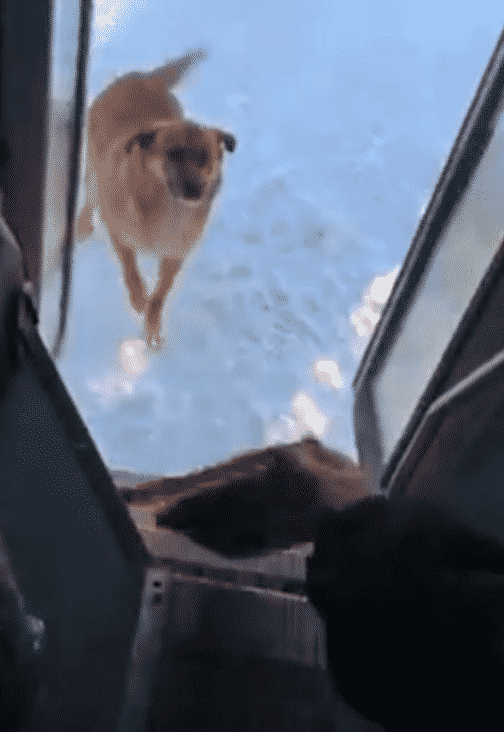 This soon turned into a daily routine between the bus driver and the dog. The first few times the bus driver threw over the food, the dog was naturally wary. However, as the trust between them grew the dog grew more and more excited to see his old pal. 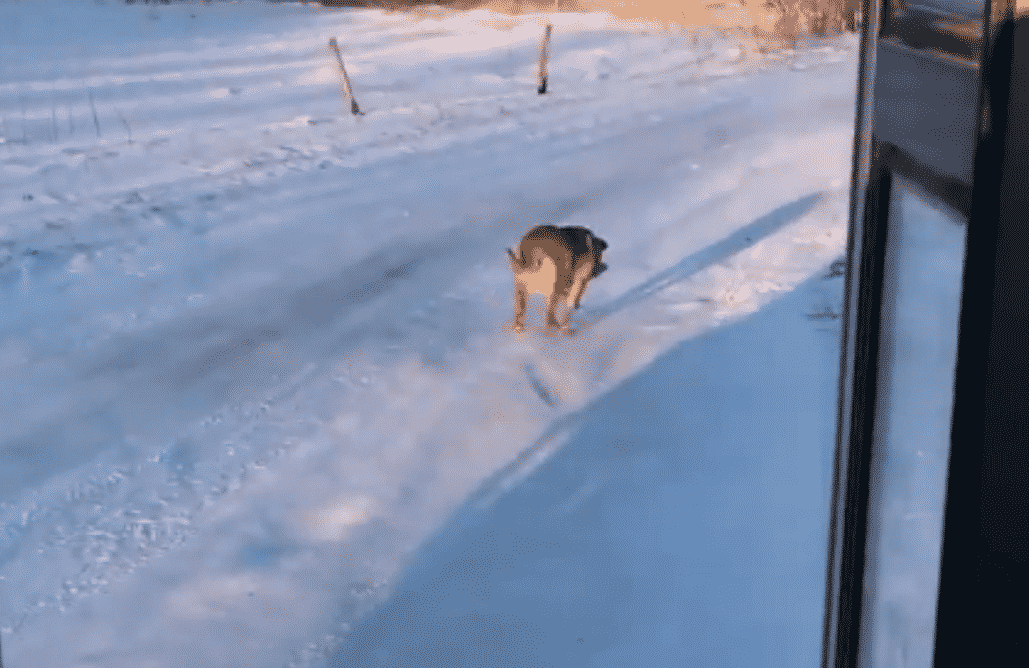 Soon enough, the dog knew exactly when to head out to meet the bus driver. He would stand around waiting for arrival. So far, neither of them has missed a day and the dog has been getting stronger and healthier thanks to the bus driver’s help. 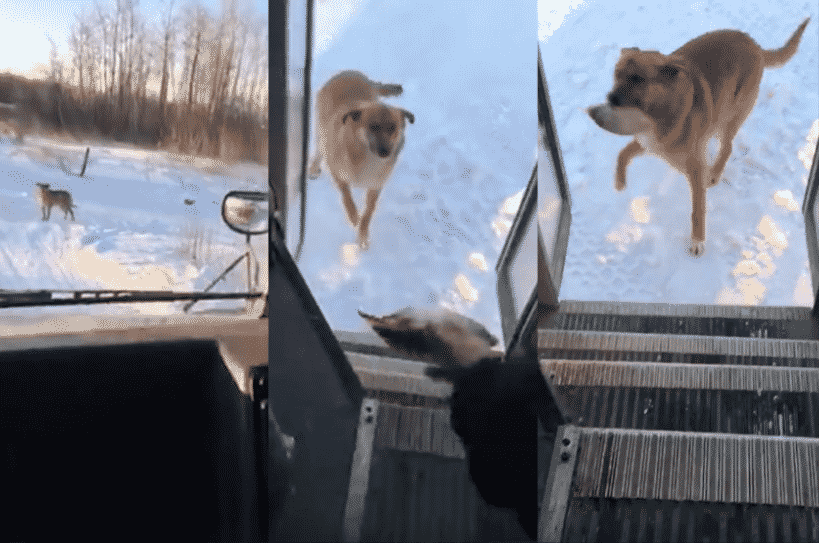 “She has continued to feed him every day, Monday to Friday, at the same location,” Kareena Grywinski, founder of Feed The Furbabies Canada, told The Dodo. “He sits and patiently waits every day no matter what the weather is like.” 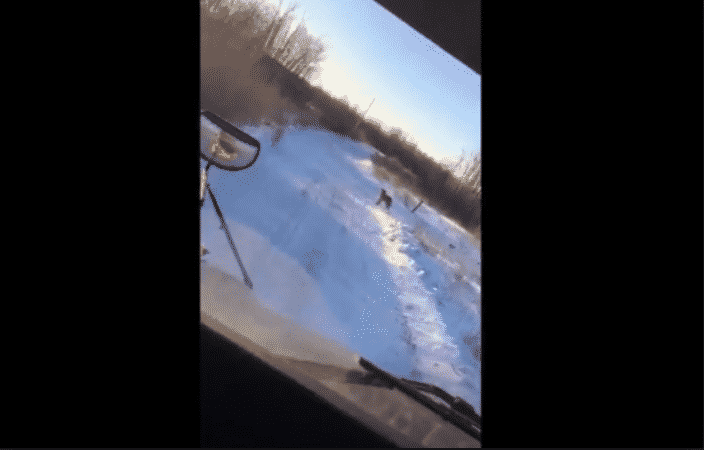 Since the bus driver makes an unscheduled stop each day to feed the hungry dog, she has requested to remain anonymous. She wants to be able to continue helping out the dog without the risk of losing her job. Everyone in the organization has respected her wishes. 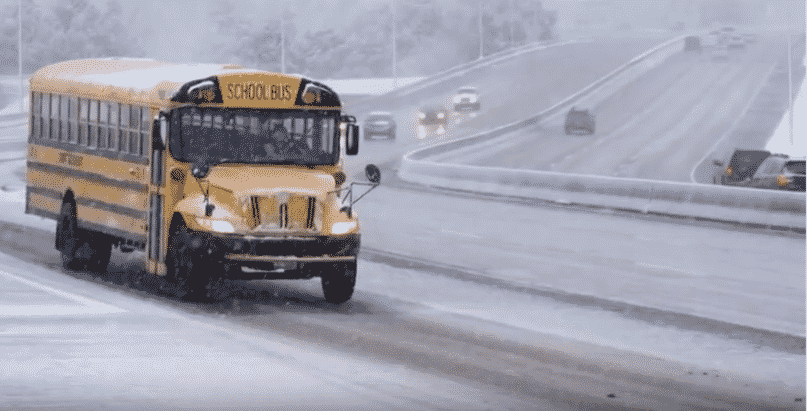 In order to give people an idea of how their routine works, the bus driver decided to film the interaction one day. The video was uploaded onto Facebook where it received a lot of views. Everyone’s heart went out to the amazing bus driver who was putting her job on the line to feed a hungry stray dog.

In the video footage, you can see the dog waiting around for the bus driver to show up. It’s obvious that the dog is still a bit nervous about getting too close to the bus. Even though they’ve created a bond, the dog is still a stray that watches out for himself. 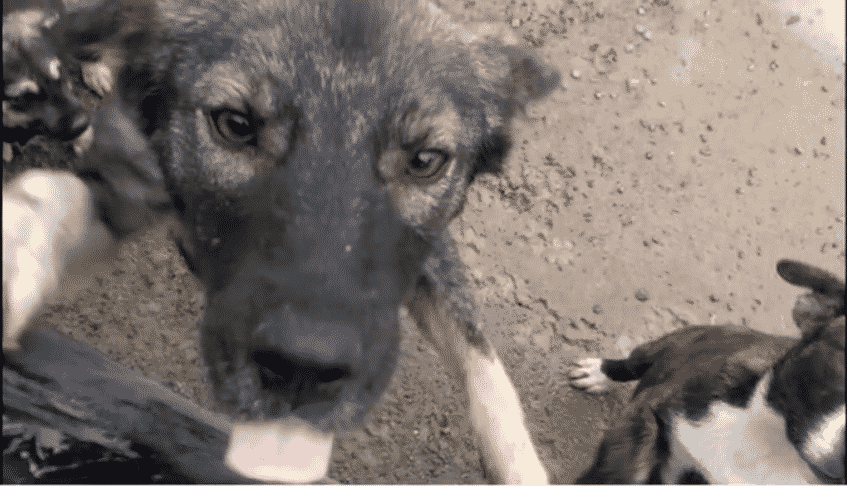 The bus driver explained the dog is looking much better than when she first found him. When he was first discovered, the dog was practically emaciated. The daily food has certainly helped the dog survive during the harsh winter months. 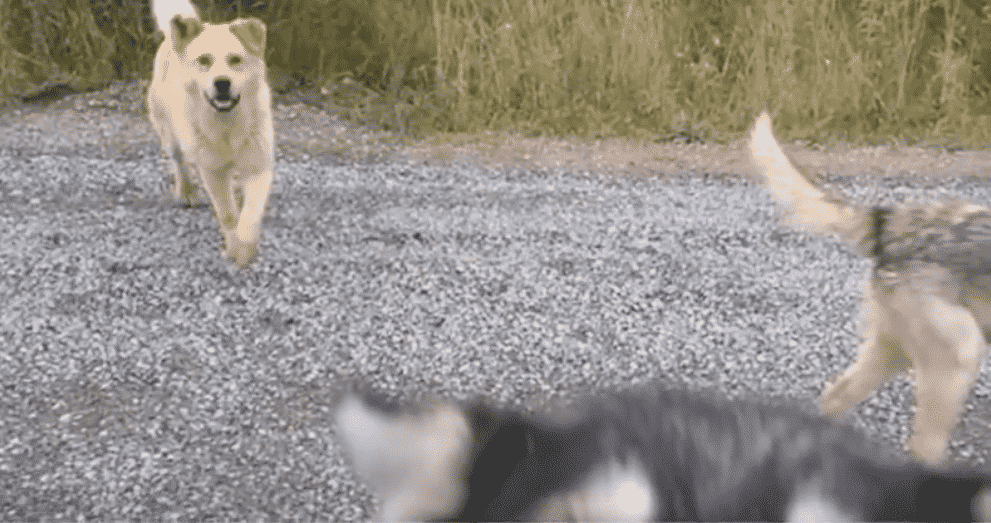 Many people also speculated that the food the bus driver brings might be the only food the dog gets. This would explain why he relies so heavily on the bus driver showing up each day. The thought of this can be pretty distressing to imagine. 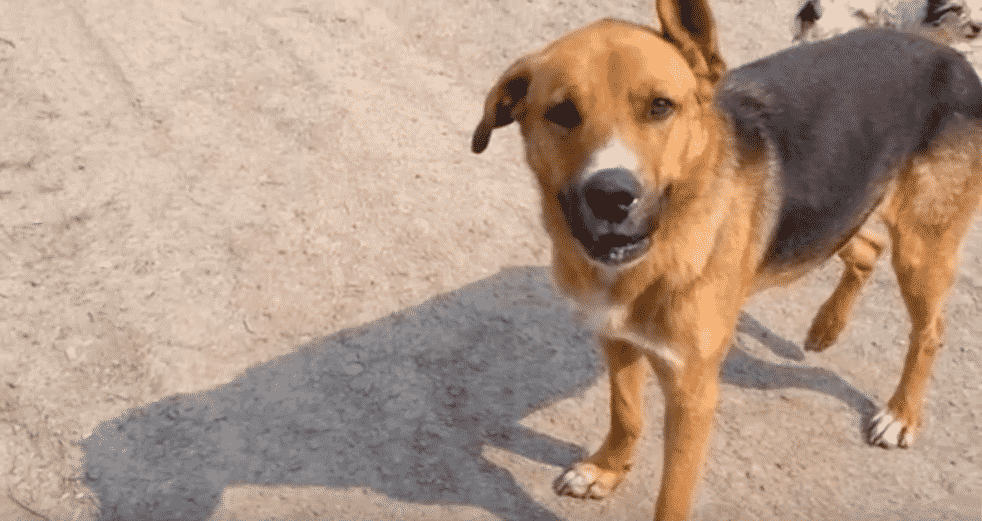 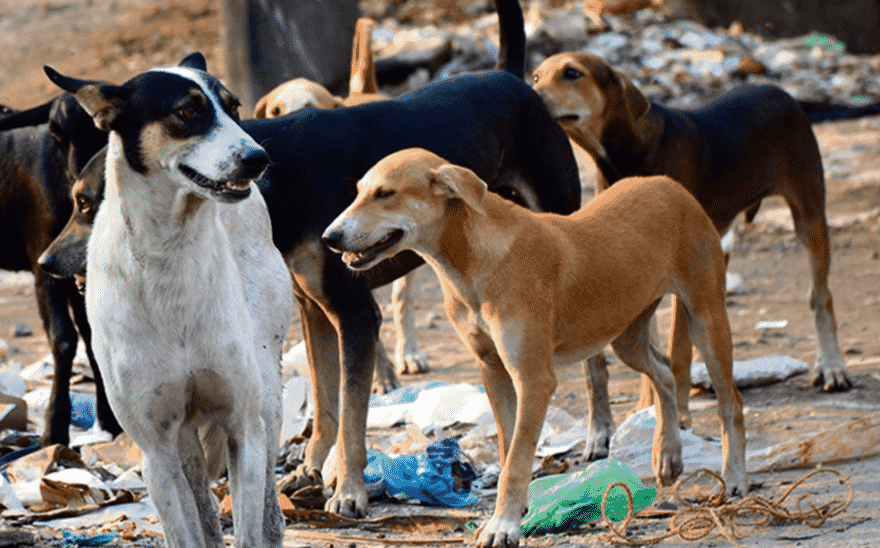 “This community has over a 100 dogs needing to be rescued; it breaks our hearts that we can’t take them all home,” Grywinski said. “There just aren’t enough foster homes available for these precious pets. We do the best we can by providing them food and dog houses until space opens up in a rescue for them.”

Thanks to one bus driver’s generosity and persistence, one dog’s life has been drastically changed for the better. It is truly wonderful to know that there are such amazing people out there that are willing to make the world better one action at a time!